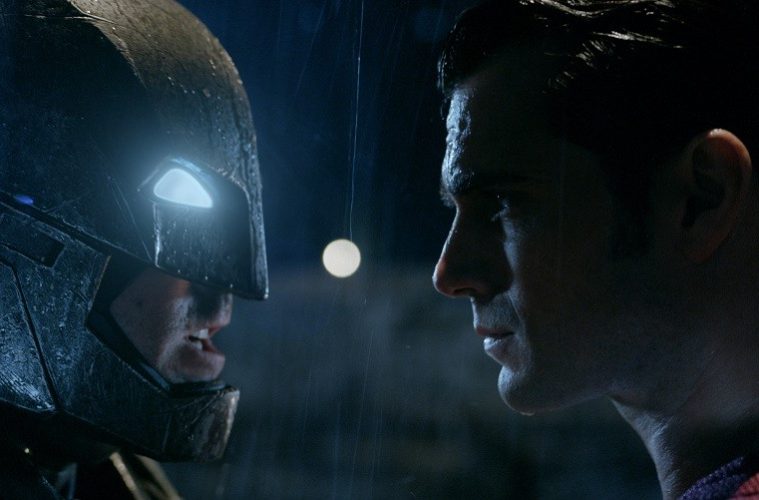 Batman vs Superman: Dawn of Justice is set to be released in Dolby Cinema, with HDR visuals courtesy of Dolby Vision and immersive 3D sound thanks to Dolby Atmos.

This will be the first film from the DC comic franchise to be released in Dolby Cinema, following hot on the heels of Marvel’s Deadpool. It is not Warner Bros. Pictures’ first foray into the world of Dolby Cinema however, with the studio already having released four films in the format.

At the world premiere of Batman v Superman: Dawn of Justice at Radio City Music Hall in New York City the film is set to be presented in Dolby Vision laser projection and Dolby Atmos sound. It will then subsequently be released to Dolby Cinemas around the US and the UK on March 25.

Batman v Superman is set to be the ultimate man vs god tale. Fearing the actions of a godlike superhero left unchecked, Gotham City’s own formidable, forceful vigilante takes on Metropolis’s most revered, modern-day saviour, while the world wrestles with what sort of hero it really needs. And with Batman and Superman at war with each other, a new threat quickly arises, putting mankind in greater danger than it has ever known before.

Zack Snyder, the film’s director, says: “Dolby Vision and Dolby Atmos are definite game changers for filmmakers. The blacks are truly black and the deep contrast and brightness levels are amazing.

“They make these powerful and iconographic superhero characters that we’ve known all our lives truly come alive and I’m thrilled we get to see – and especially to hear – this film in Dolby on the big screen.”

“Warner Bros. continues to be a leading creative force for film innovation in content and technology, and we are eager for audiences to see the powerfully immersive film Batman v Superman: Dawn of Justice in a Dolby Cinema.”

With the film’s release in cinemas set to take place on March 25, later this year film fans can expect to see the film released for home consumption.

Dolby Vision has already been revealed for Netflix and VUDU, although those that prefer a physical format will be left out. Dolby Vision is currently not supported on the wave of Ultra HD Blu-ray players that have been revealed, meaning streaming is the only way to enjoy Dolby’s HDR content.

There’s also the matter of owning a display that can showcase Dolby Vision content. Currently only LG, VIZIO and TCL produce Dolby Vision-ready TVs and in terms of projectors there aren’t currently any on the market utilising the format.

Dolby Atmos on the other hand is much easier to get at home. A plethora of manufacturers support the format and users can even obtain Dolby Atmos titles on Blu-ray. So you can expect the Batman v Superman: Dawn of Justice Blu-ray to ship with Dolby Atmos, if not with Dolby Vision.