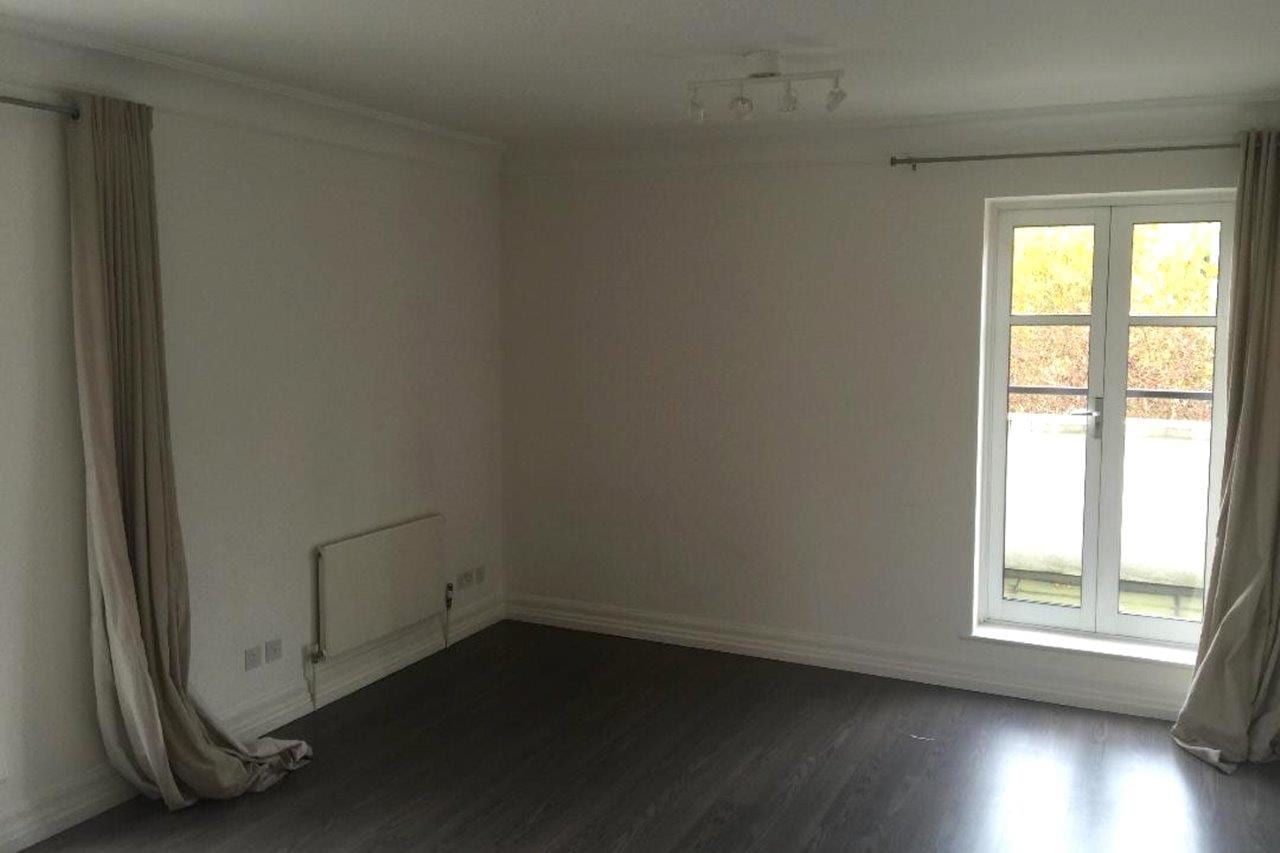 Before the project began 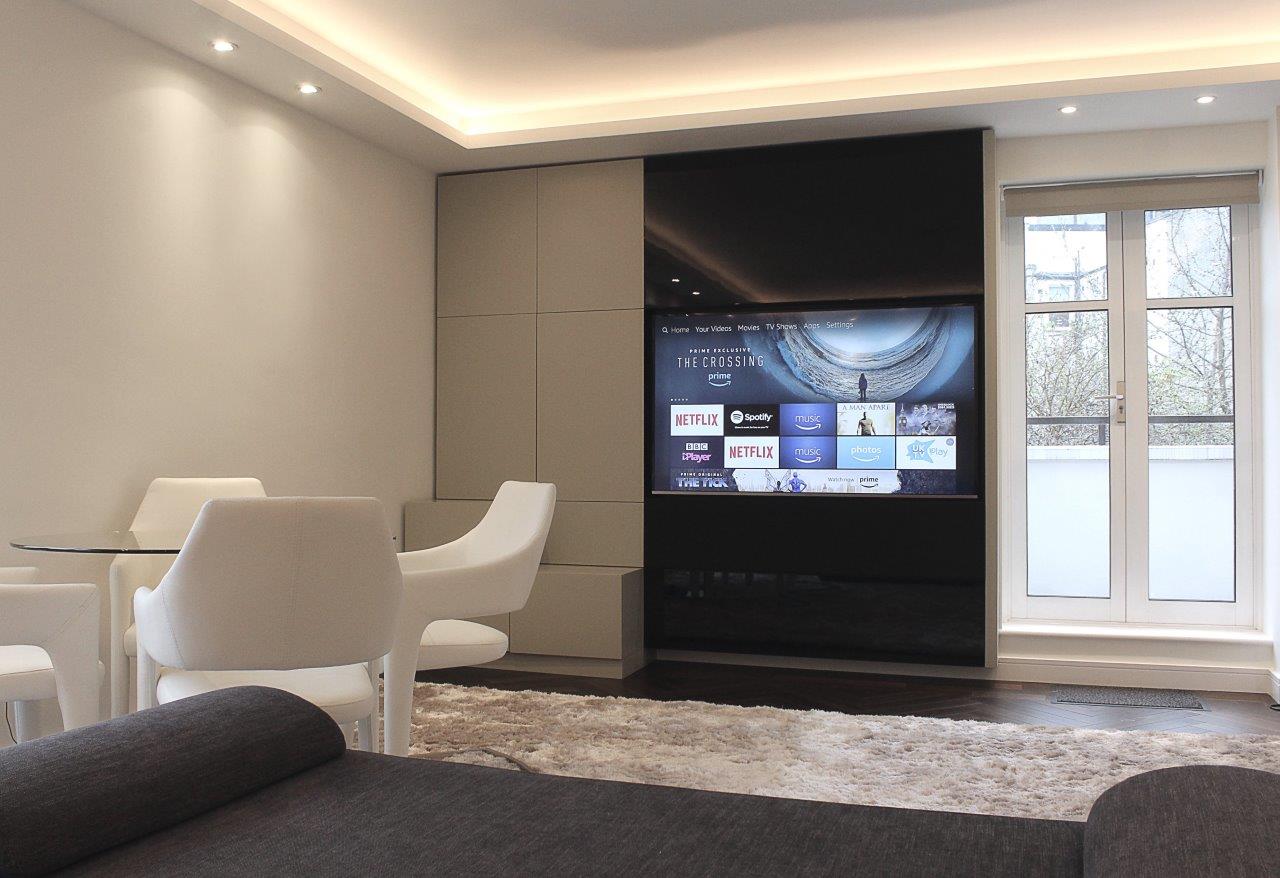 A genuine transformation on a tight budget 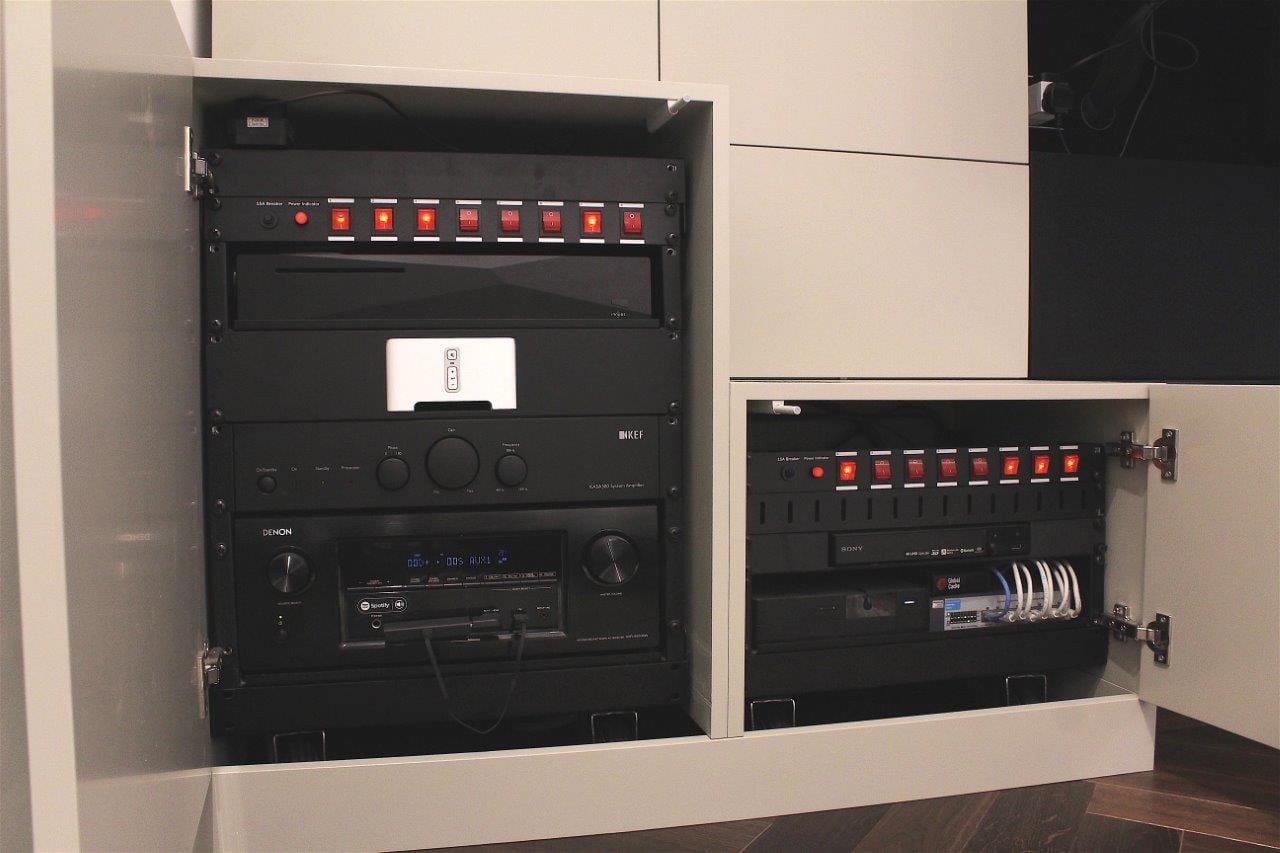 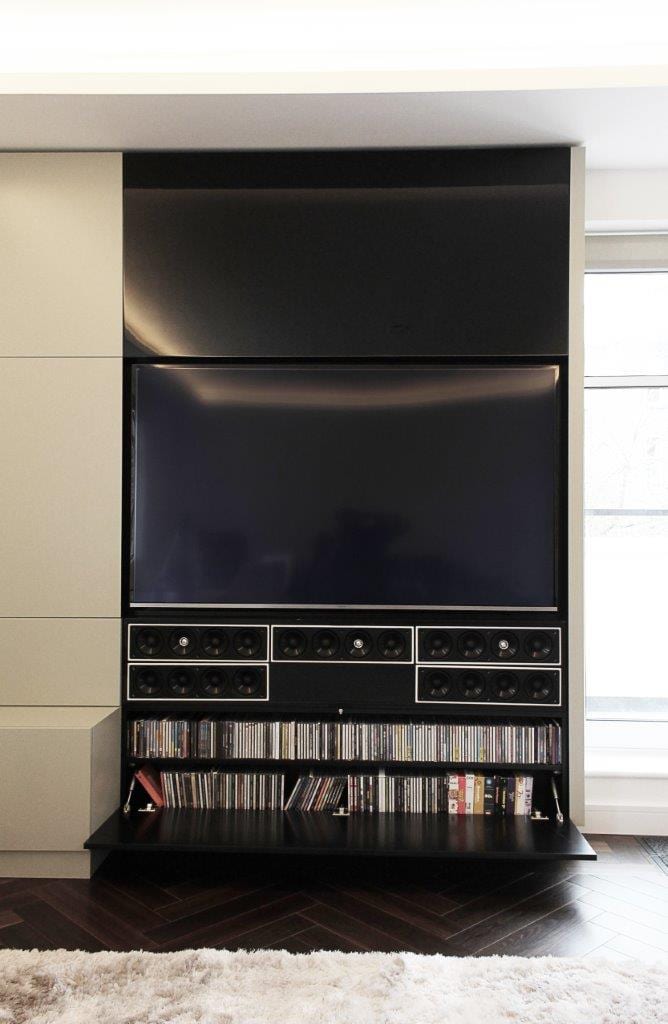 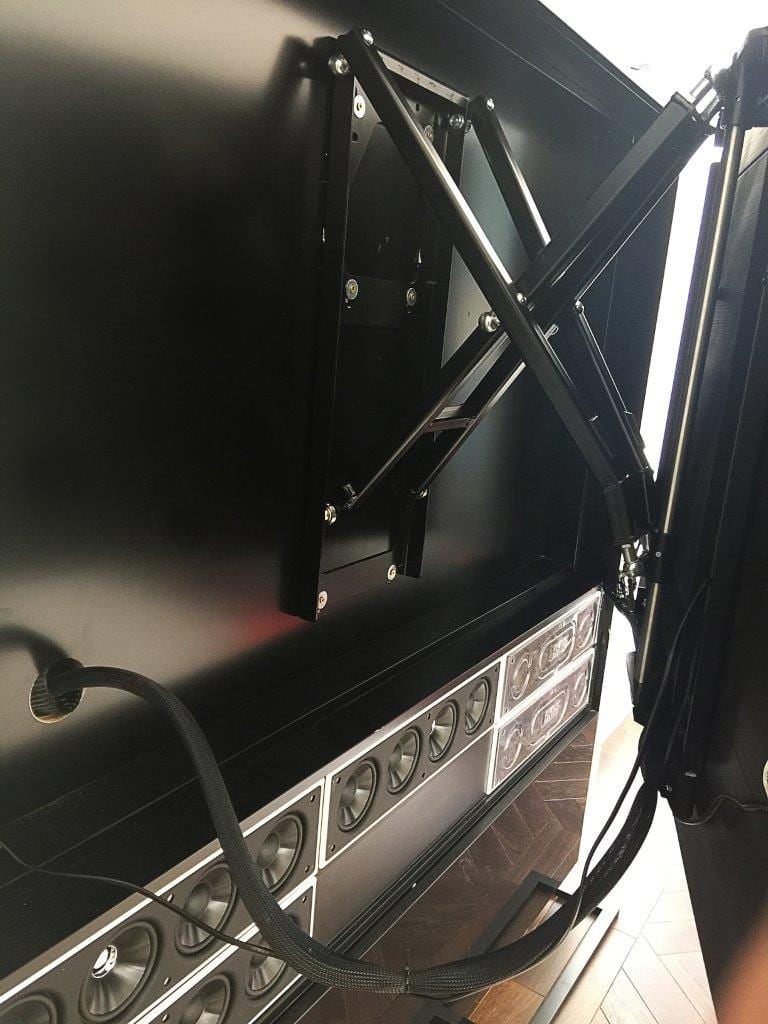 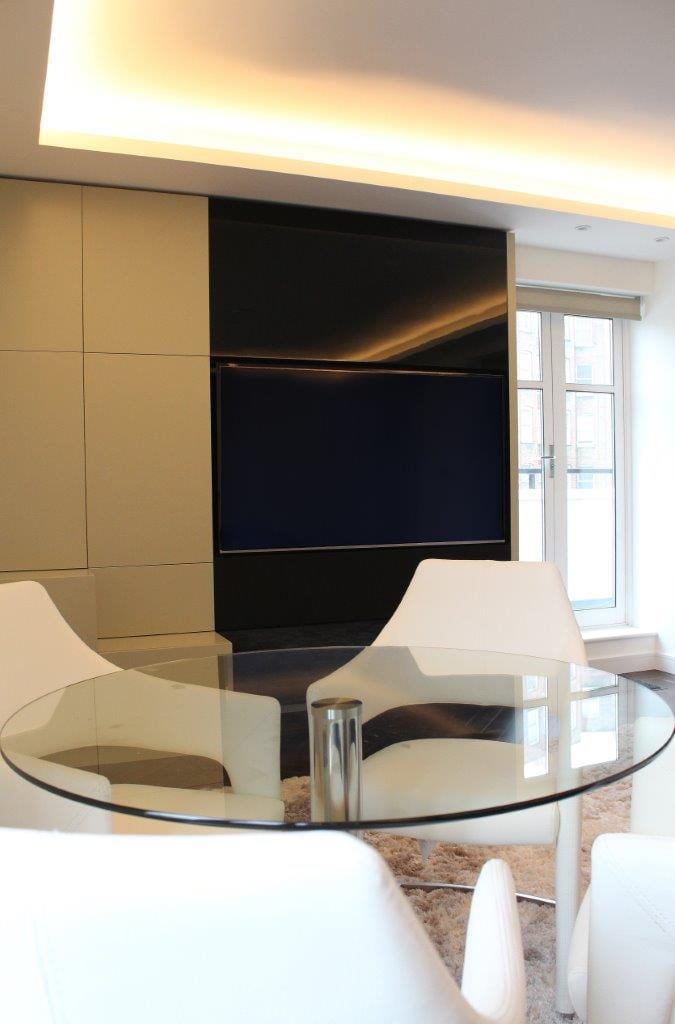 EI regular and fellow converse awards wearer, Zak Vracevic, picked up the award and explains the project’s story, “This client got in touch with us after we were recommended by Innuos (Hi Res music server maker) as we just happened to install four of their Zen servers few months earlier.

“His first brief was to provide and setup a music server for his huge CD library, a pair of speakers and a TV.

The small footprint of living room in this one bed apartment did not allow for floor standing speakers so we decided to go one step further and design a bespoke media to house everything.

Final design was a full blown media room with Hi-res music server, 65in UHD TV and 7.2 THX surround system with enough storage for 2000+ CDs and DVDs.

After presenting a 3D mock up design, the client embraced our idea and we were given the go ahead.”

Zak continues, “The customer decided on 65in Samsung TV and we wanted to eliminate the ‘big black hole’ effect in the room by incorporating it in a floor to ceiling piano-black high gloss finish unit. The other half of the unit was spray painted to match the kitchen colour in this open plan room.

“We only had 210mm in depth to play with – but it was enough to fit Future Automation pull-out-and-swivel PS60 bracket and 65in Samsung UHD TV. The bracket allows the client to watch TV when in his open plan kitchen.”

Speakers were built into the unit in separate back boxes filled with RockWooll. All speakers were then covered with custom made grill using acoustically transparent black fabric by Cineak.

Zak adds, “Surround duties were assigned to small Kef Ci100Qr speakers. Two small equipment racks were tucked in at the corner end of the unit. Ease of access was very important to the client, so racks were fitted with wheels and can be pulled out for servicing or adding components.

“Extra care was taken with cables, making sure they are secured and allowing for easy manoeuvring of the racks. “Each rack is powered through a small PDU with circuits breakers to allow for easy power cycling, should anything need restarting.”

The unit was also designed with air-flow channels on the back and side walls to allow for natural ventilation. As there are only a few components in each rack, total BTU was easily managed with in-built ventilation.

One of the compartments in the unit deal with incoming services including Virgin cable, aerial coax, ethernet points and other connections as well as the router itself and another compartment contains all the drivers used for LED lighting.

The rest of the unit is filled with massive CD and Blu-ray/DVD collection.

Zak explains, “A number of different hinges were used to allow for different ways of opening various compartments in order to minimise space used when the unit doors are open. So, for example, huge panel above the TV is using a pair of power-assisted hinges that lift the door up, against the ceiling so it does not obstruct air-space and allows for browsing and accessing the library. Again, panel under the speaker grill, drops down to reveal even more CDs and DVDs.”

Installation was complemented with a pair of motorized blinds. Once the room was furnished we ran Audyssey room correction and performed a TV calibration.”

Not surprisingly with this neat and inventive project, everyone was impressed with how the room turned out and how AV/media wall transformed the room and added a ‘high-end’ bespoke look.

Not to mention that client was very pleased with end result.

Zak concludes, “For us, it was another challenge that we took on and managed to make it work in such a small space.”