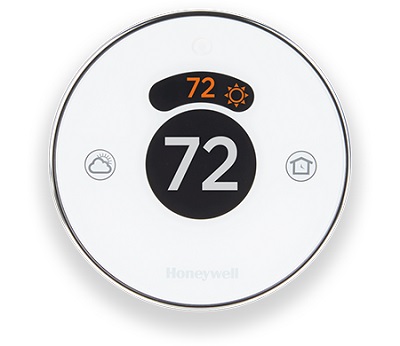 Installers choosing the Honeywell Lyric over the Nest Learning Thermostat will be able to offer their customers native control of their heating using Apple’s voice control Siri, as Honeywell has made the thermostat completely compatible with the HomeKit ecosystem.

While HomeKit support does not sound like a significant upgrade, it’s a big bonus for those who use an iOS device, like an iPhone or iPad.

What HomeKit support means is that iOS users can control their heating alongside other devices in the ecosystem without having to jump in and out of Apps constantly. For instance, if the temperature in the living room is above a certain threshold, the iPhone or iPad can tell the air conditioning to cool down the room.

For those with the old generation Honeywell Lyric, they will have to do without HomeKit support – it’s not as simple as a software upgrade. To add the functionality, the company has had to physically integrate a HomeKit-enabled chipset into the hardware of the second-generation device.

Other than the inclusion of HomeKit support the Honeywell Lyric remains largely unchanged. That means it can still fully integrate with the SmartThings ecosystem and it will still recognise when the user is away from the house, much like the Nest.

Unlike Nest however, Honeywell has not yet confirmed a European release for the thermostat, nor does it support hot water control – like the latest generation of the Nest Learning Thermostat that launched in the UK in 2015.

CE Pro Europe has contacted Honeywell for details relating to a European release, but at the time of publication the company had not yet responded.