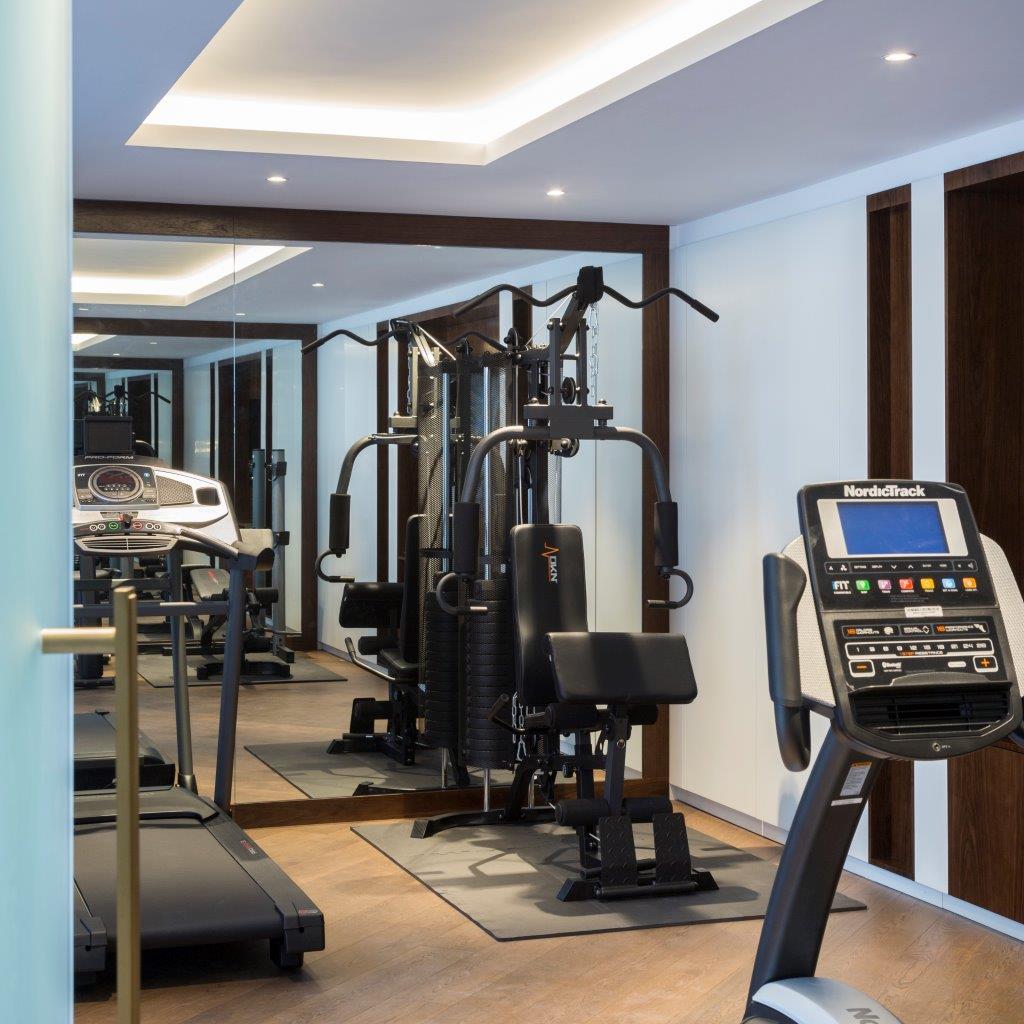 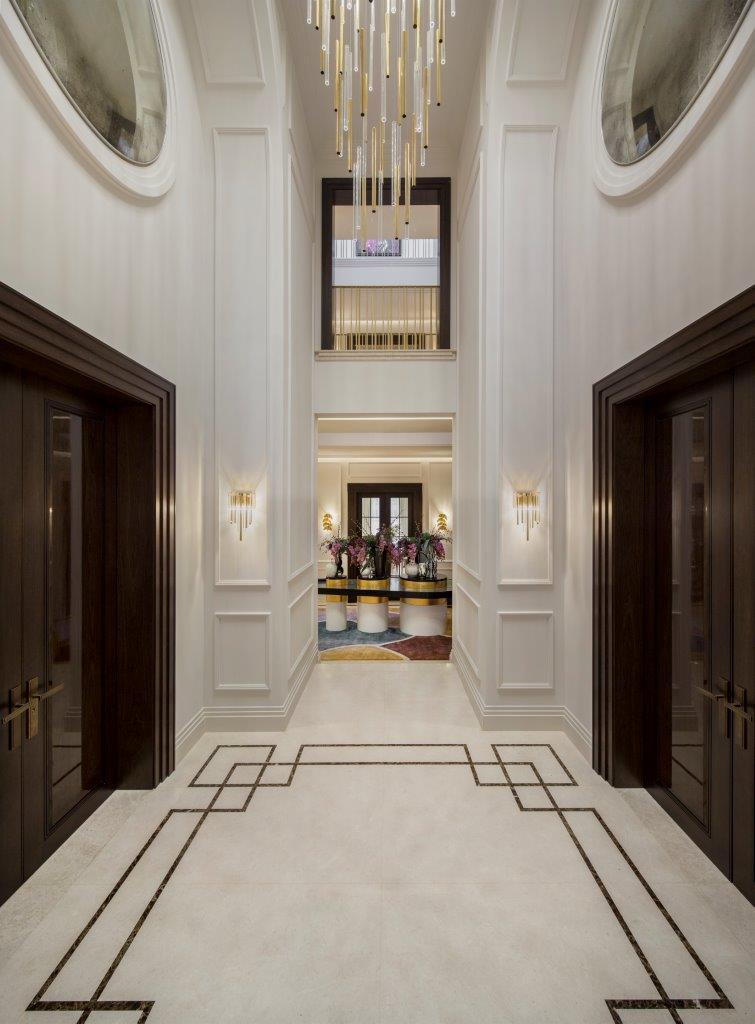 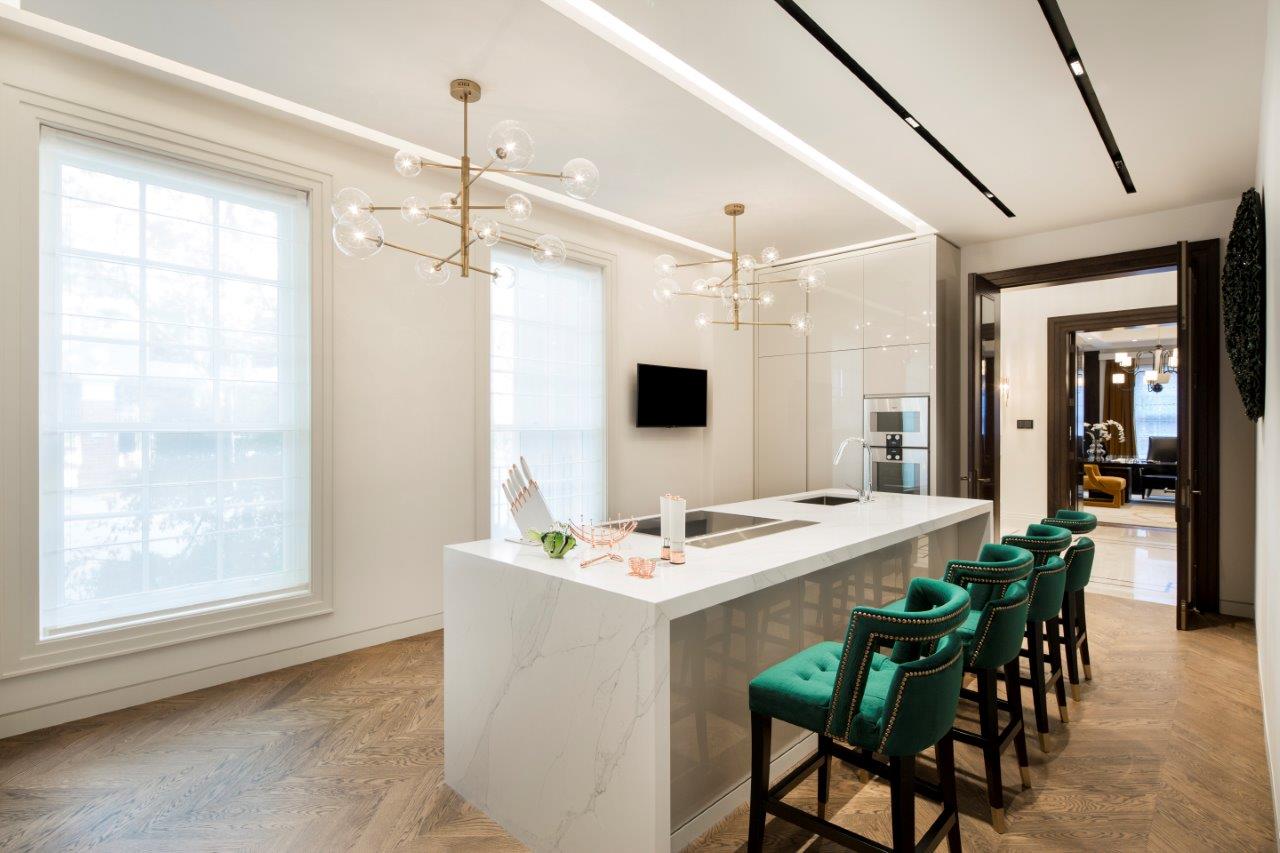 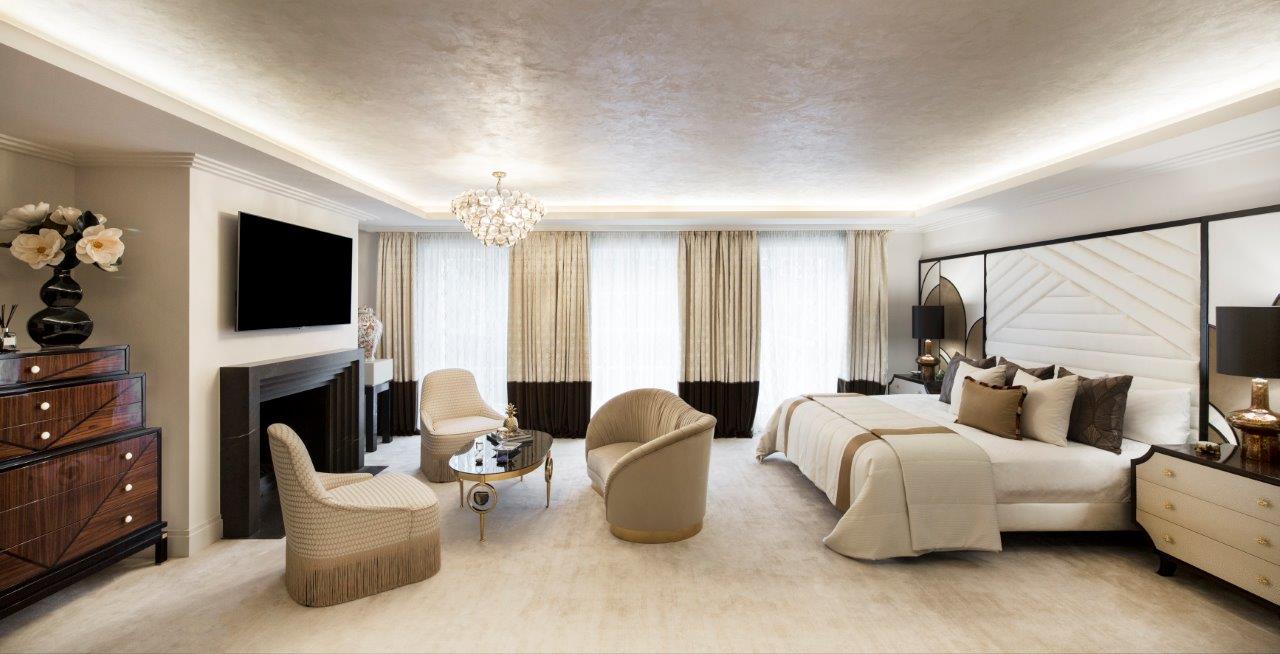 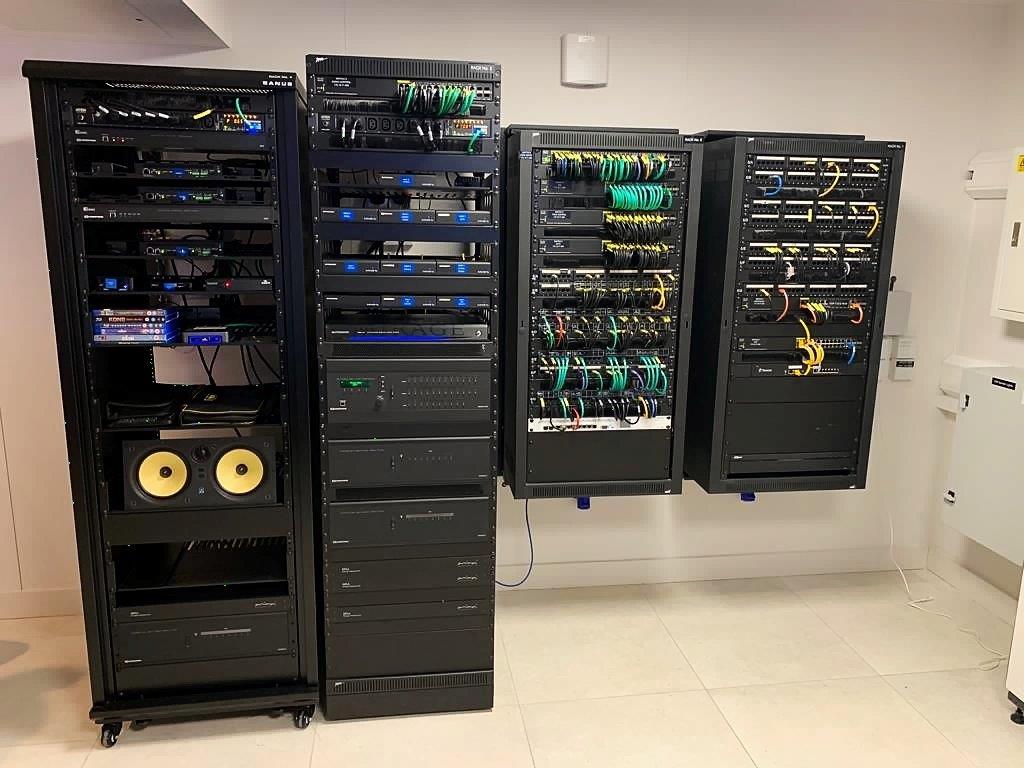 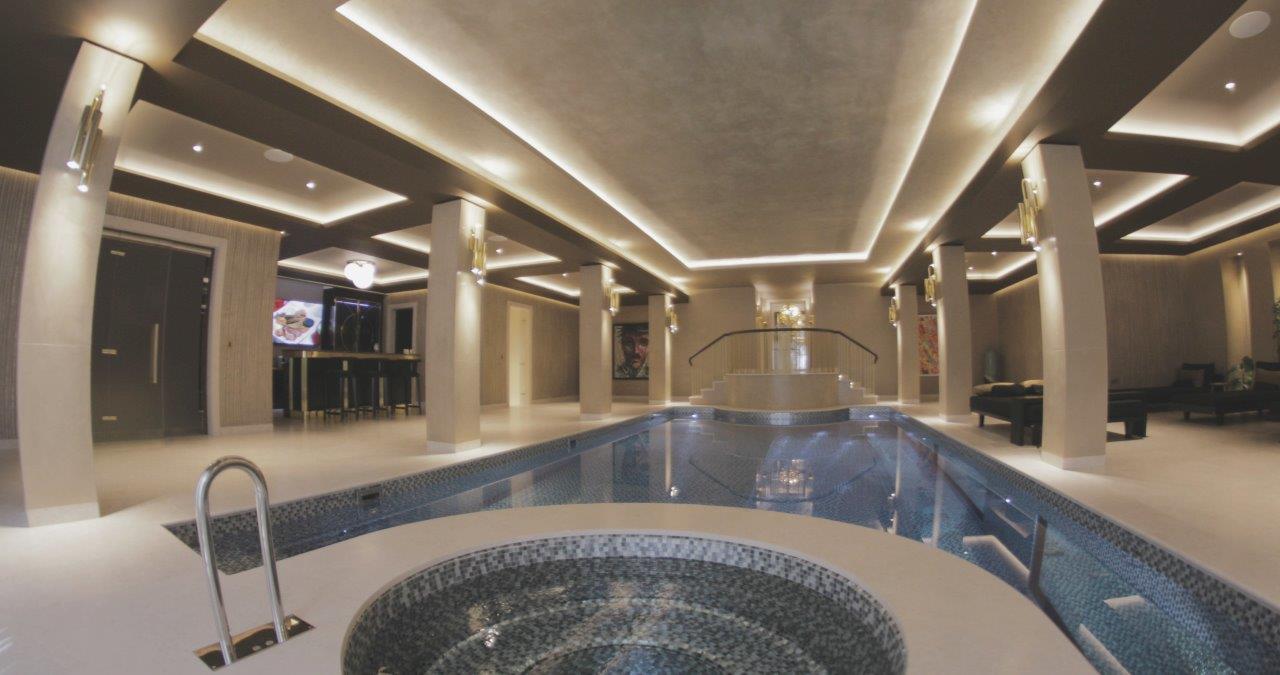 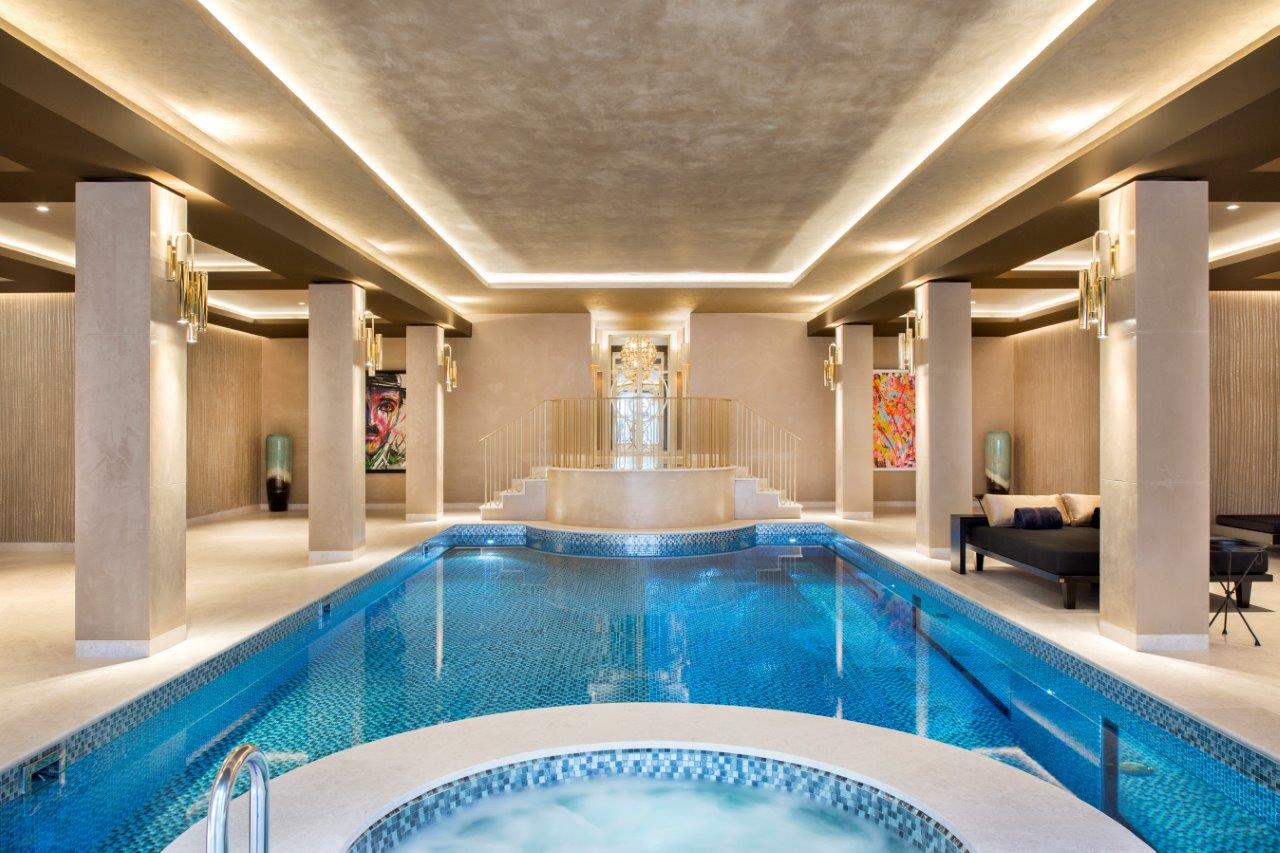 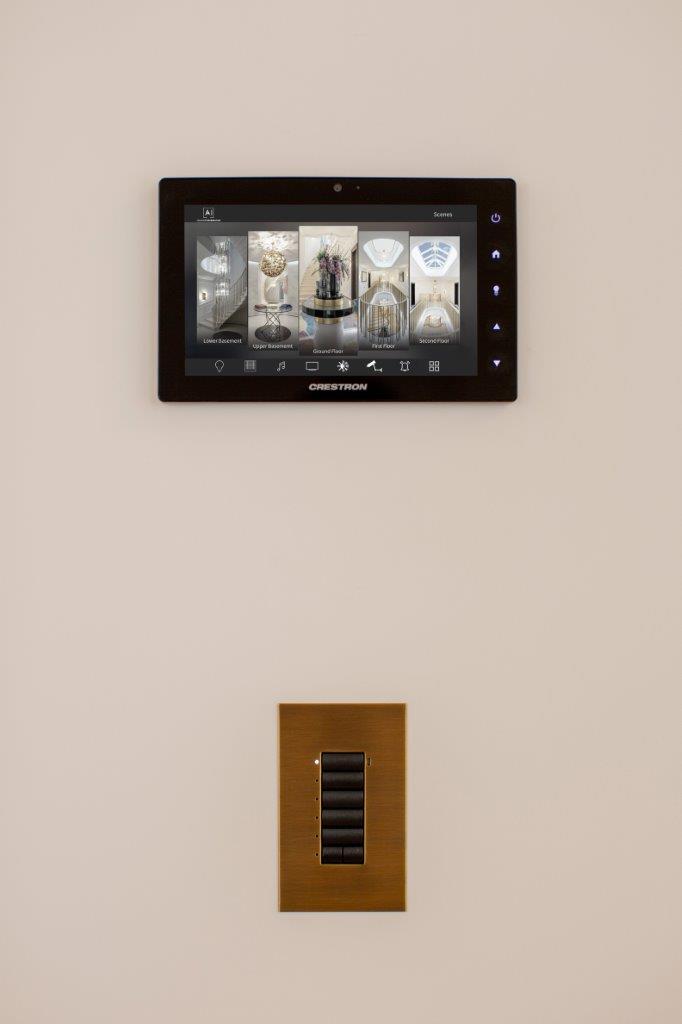 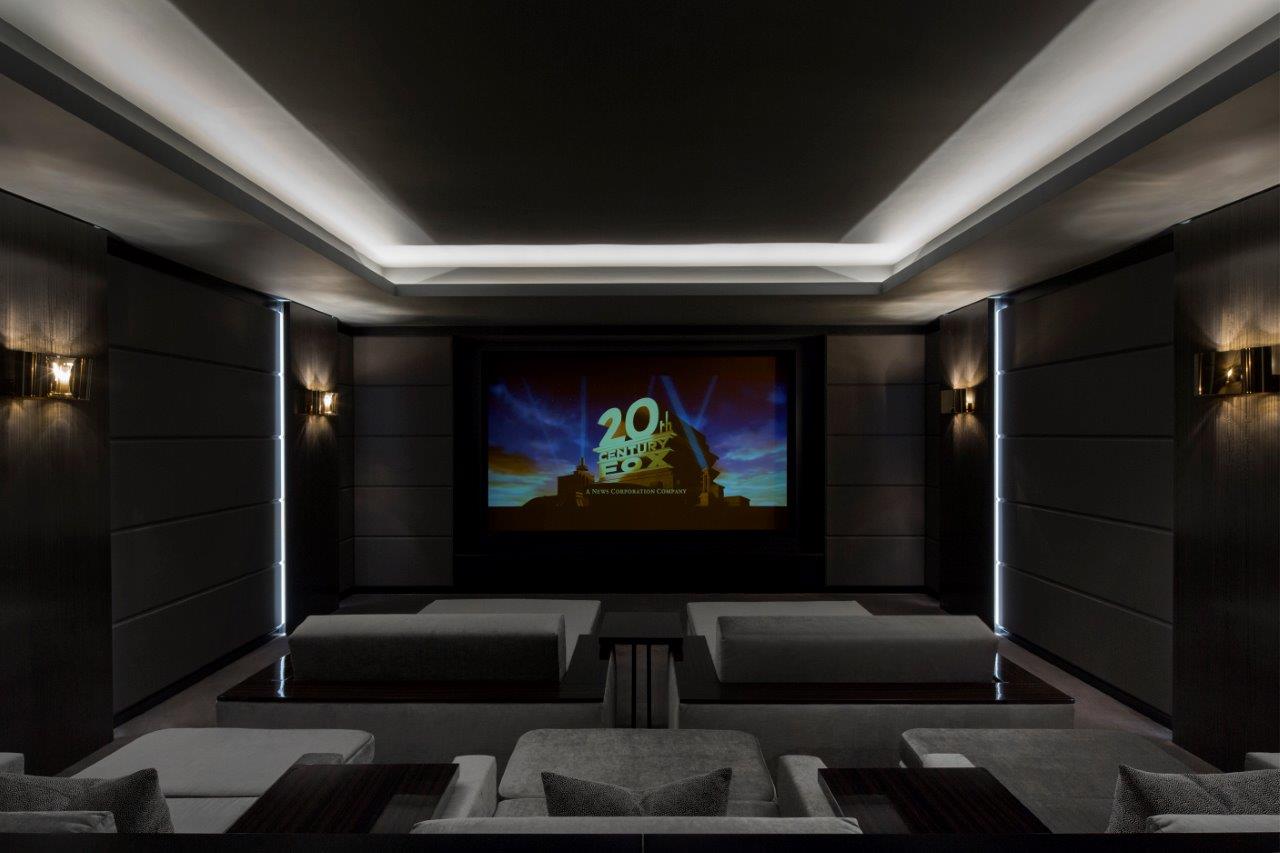 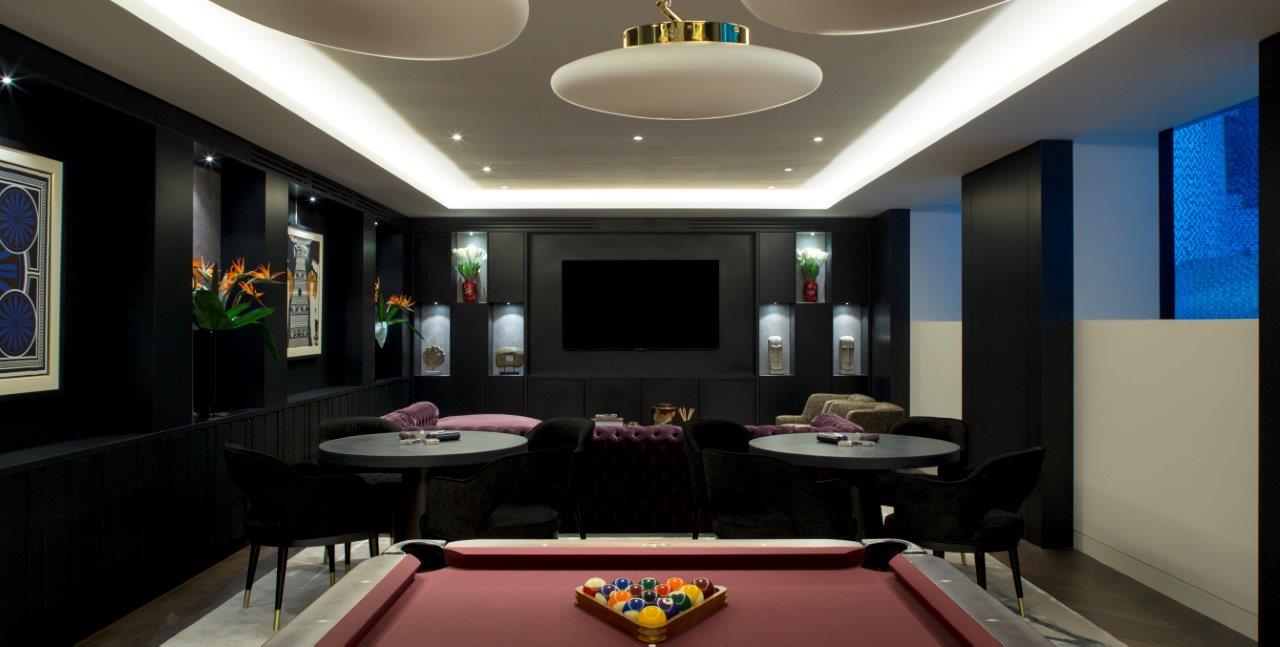 Advanced Integration is a home automation and BMS specialist with more than 30 years of experience in the industry. The core team includes Marios, the Executive Chairman George Papayannopoulos, the COO Maria Tsifti and the Executive Director Makis Tsiftis.

Marios explains, “One of the strengths of our company is having the know-how to work on a wide range of different projects, from residential to commercial properties and mega yachts. We were blessed with the opportunity to work on several satisfying installations over the years, but if we had to pinpoint just a couple of them, they would probably be the Costa Navarino luxury resort in Greece and the Atrium Apartments in London.”

This particular project came about after the company was approached by an existing client.

Marios says, “Often the problem is that someone on the client’s side had a bad experience with a home automation company, so they are wary of hiring another. This was also the case with this project, but since the people we were dealing with already knew how we work, we could focus on presenting a plan that best answered the client’s need.

“From our experience, the original brief rarely stays as it is. Once the clients see what can be achieved, they usually ask for further tweaks or additions. One of the requests we had was to add more speakers in several areas like the spa, gym and cinema.”

Marios explains the approach for this very special project, “Given the size, we treated this project as a boutique hotel, rather than a home. The client wanted to update and upgrade the existing system, so our approach was to survey the space carefully and have thorough conversations to identify all the opportunities to do so both indoor and outdoor.

Starting from the outside, we replaced the door phone system with the latest trend and fitted a RFID reader in the door panel. We upgraded the CCTV system with a Dahua NVR5832/5864-I with Artificial Intelligence capabilities, to offer in-depth analytics. We also added Dahua IR and IP anti-vandal cameras and set up a 4K 55in monitor for the security staff, as well as a personalised interface to access the security settings. Intruder and fire alarms were integrated in the main system as well. The garden area was also taken care of, adding lights and speakers.”

Marios adds, “For the inside, one of the main aims was to speed up routine activities. For example, we installed motorised blinds and curtains from Crestron throughout all the property. Then, we made them part of ‘morning’ and ‘goodnight’ scenes, so with a single touch of our bespoke interface they all go in the desired position. Other aspects, like lighting and climate control, were also part of these scenes for effortless control.

“Originally, keypads only had lights functions, so we added personalised options wherever relevant. At the same time, we made sure that more demanding users were able to operate individual settings in a very granular way, e.g. to change the brightness of a specific group of lights in a given room. We wanted to offer full flexibility, so controls are accessible from several places like touchscreens, Wi-Fi touchscreen remote controls, personalised keypads.”

A lot of attention was given to minimise the impact on the interior design. For this reason, the team chose invisible speakers wherever suitable and concealed the TVs in the bedrooms with end-of-bed TV lifts from Future Automation and closed cabinets. For bathrooms, mirror TVs were used.

On the entertainment systems, audio enhancements included adding 15 music sources from Autonomics (MMS1-e); originally, there was only one source for the whole house.

Marios adds, “We also used a Crestron SWAMPE expander to bring music outdoor, where we installed weather-resistant landscape speakers and subwoofers from Origin Acoustics (LS64). In the pool area the Origin Acoustic D109 series was used to achieve high SDL without compromising the audio quality, while for the gym and games room the D85 series was chosen.

“For the video distribution, we used 17 Crestron NVX-350. This high-performance AV over IP encoder/decoder transports 4K60 4:4:4 video over standard Gigabit Ethernet, so clients can play different sources at the same time with zero latency and no perceived quality loss. We also added two TV sources (Roku and Apple TV 4K).”

For the Dolby Atmos/DTS:X home cinema, a JVC 4K projector (DLA-N7B) was used and the MK Sound brand was specified for the subwoofers, front, centre and surround speakers, while the ceiling was fitted with Amina Mobius 7.

Marios explains, “When we took on the project, a BMS had already been installed by another company. However, it was outdated and not efficient enough to cover the entire property, so we had to make new drawings and redesign it, replacing or adding components in the process. For example, there were serious issues with the HVAC system, so we had to add more sensors and install heating boards.

“Also, since we were asked mid-project for additional equipment in several areas, we had to be careful to minimise the intervention needed to run the extra cables, install more speakers in the ceiling etc.

“In order to protect the system from power supply problems, we installed a 10kVA online UPS in the rack, so we spent a great deal of time rewiring and connecting the equipment to the UPS.”

Marios continues, “Another challenge we faced was that we used three Crestron Controllers (two CP3 and one AP3) and experienced many issues in the communication between those. We were able to overcome these with a lot of patience and the help of the technical support of Crestron EMEA office. Following the above-mentioned approach, we took every opportunity to simplify controls and make the life of the residents more enjoyable.

“We started replacing the existing entrance keypad (Crestron C2N-CBD) with a bigger one (Horizon Keypad) in order to add more useful functions, like ‘Away’ and ‘Welcome’ scenes. We also replaced the 7in touchscreen with a 10in one.

“Furthermore, we replaced the HR-150 remotes in every room with the new Crestron TSR-310 (faster, more reliable and more convenient thanks to the touchscreens) and designed an intuitive interface to allow easy access to the personalised scenes and all the settings for the specific room. We also installed six iPads with elegant docking stations (iRoom).”

The team also took care of details like having the keypads engraved for easier understanding or adding a LED strip to the Bar in the pool area to achieve better ambient lighting and relax scenes.

Time was taken also to spend many days live-testing all the settings and making tweaks for further improvement. Marios says this is something the company always aims to do on every project and, with such a big space to control, it really makes the difference in the final user experience.

So, now its finished, any favourite parts? Marios enthuses, “Each area is unique in its own way. Generally speaking, it was very satisfying to allow users full control from their hands of such a big space. We even integrated the car stacker in the Crestron system, so the clients can choose from their phone which car they want.”