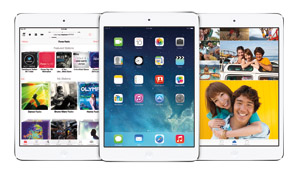 With more than 800 million iOS devices sold worldwide, Apple is always confident new introductions to its operating system have the potential to be huge.

iOS 8 SDK delivers more than 4,000 new APIs including new frameworks, greater extensibility and a new programming language. However, the key word for the Apple HomeKit part of this release is potential.

HomeKit delivers a common protocol, secure pairing and the ability to control individual or groups of devices throughout a house including integration with Siri. However, potential success is going to depend entirely on how many programmers and hardware manufacturers get behind the App.

One big name already confirmed is Philips. “We are excited to be part of the next step in making home automation a reality, in a safe and integrated way,” says Eric Rondolat, CEO, Philips Lighting. “HomeKit will allow us to further enhance the Philips Hue lighting experience by making it simpler to securely pair devices throughout the house and control them using Siri.”

However, information on other significant names partnering the system is currently thin on the ground. Haier air con is one, Honeywell with its Wi-Fi Smart Thermostat is another and reportedly chip makers Texas Instruments, Marvell and Broadcom chip are looking at incorporating the HomeKit protocol. Perhaps surprising omissions from the current list are the Nest Learning Thermostat, Belkin WeMo home automation products and the iSmart Alarm all of which can be purchased on the Apple store.

Whilst companies operating completely outside Apple’s sector such as air-con makers and lock manufacturers would presumably be happy to partner, the closer you move to the technology and AV sector, other companies, not to mention automation platforms, may well be a little less than enthusiastic about giving Apple’s system a leg up.

Ultimately, only time will tell the what impact this might have on the professional installer. Will installers be able to build on top of HomeKit and offer a higher-end version of the system? Will it remain firmly a consumer only facing proposition, but raise awareness of home automation to the benefit of the custom install industry?