The Art Of Basement Cinema 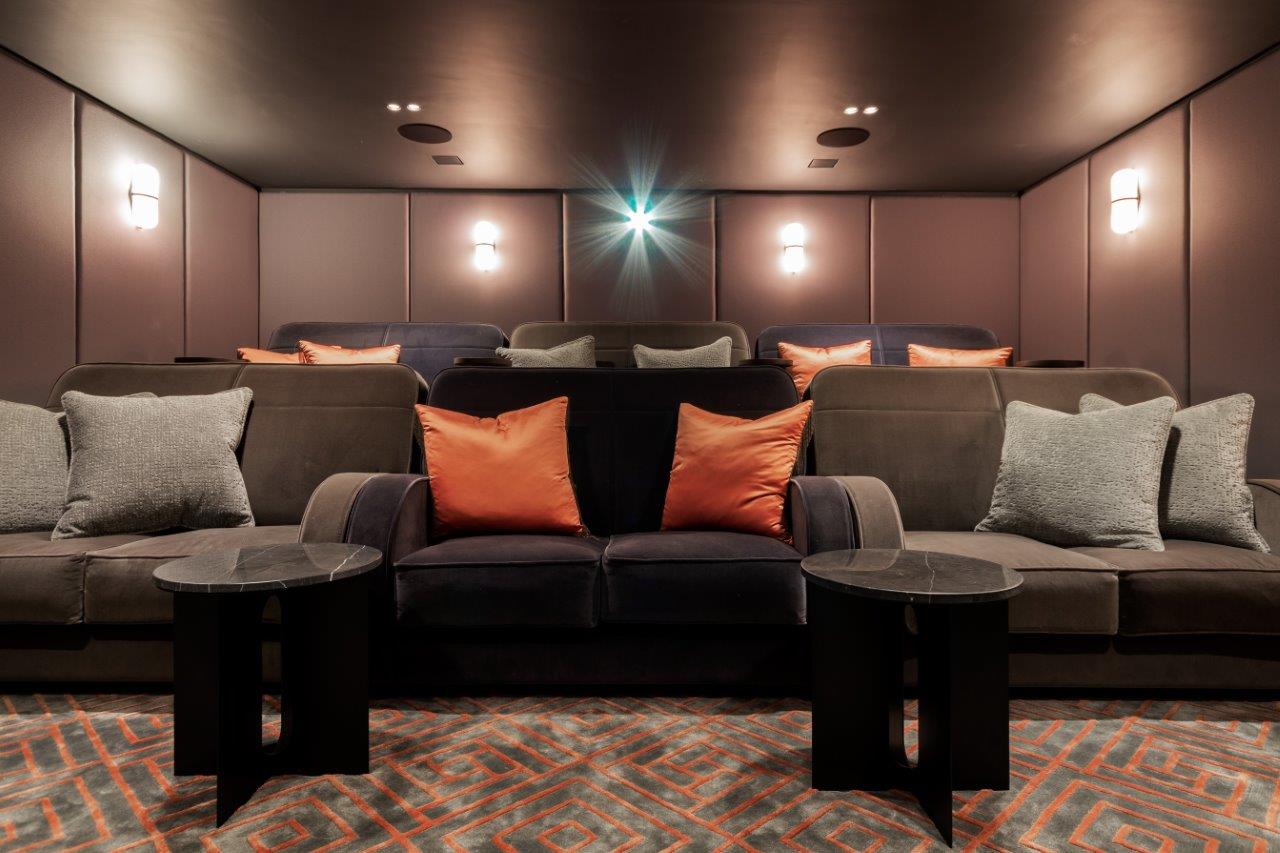 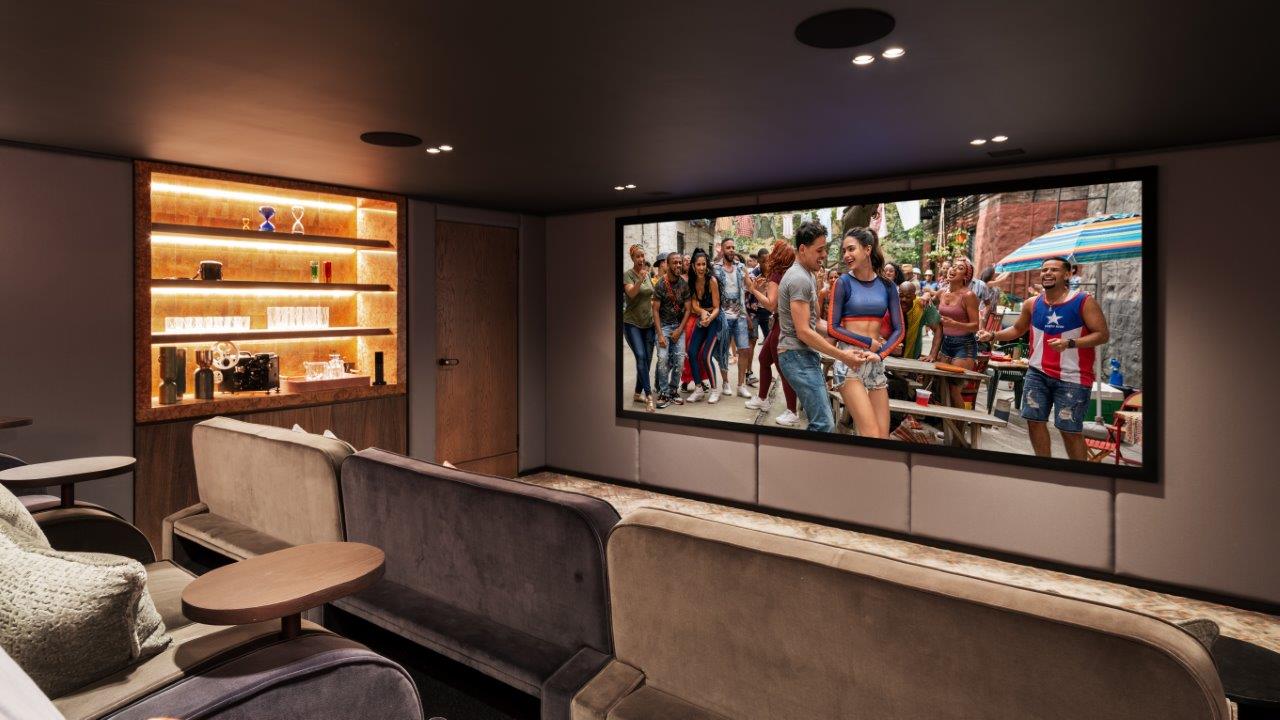 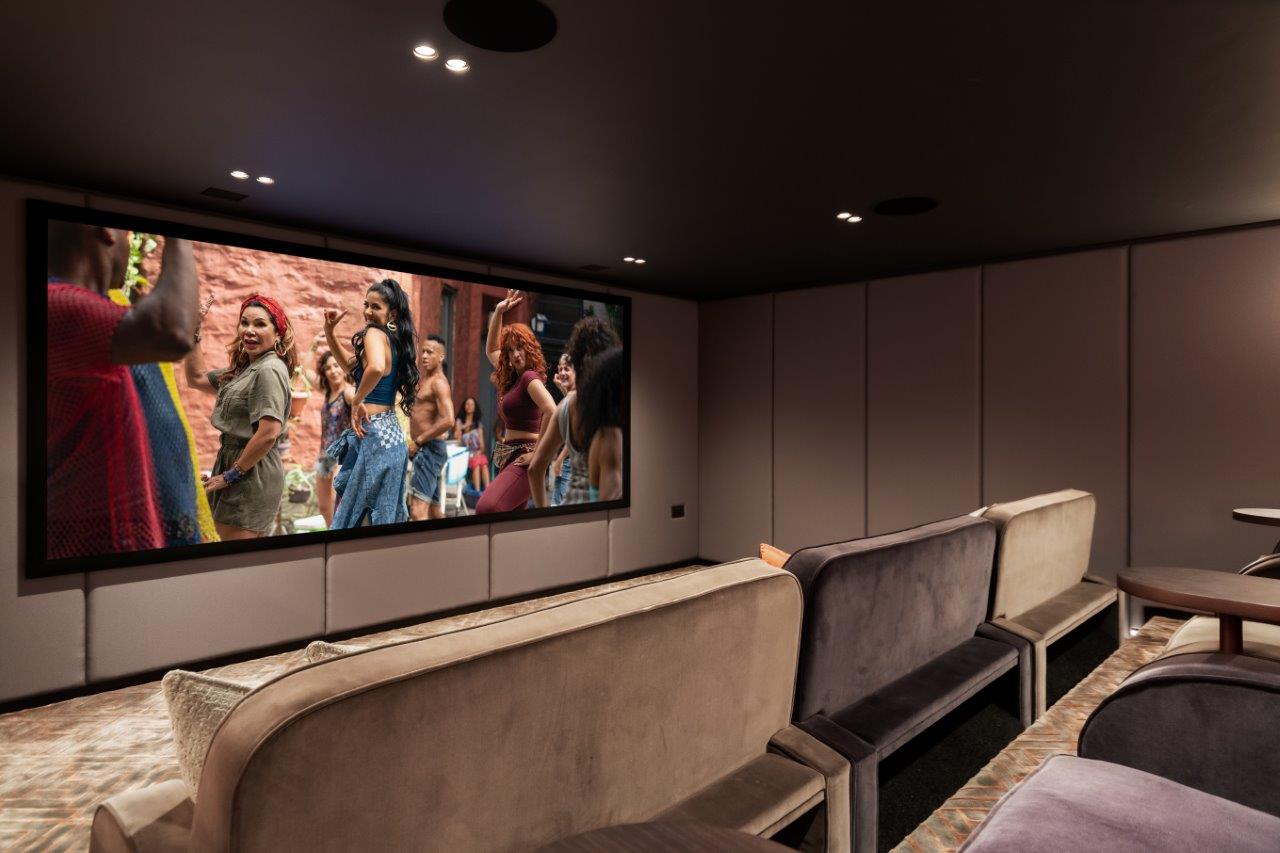 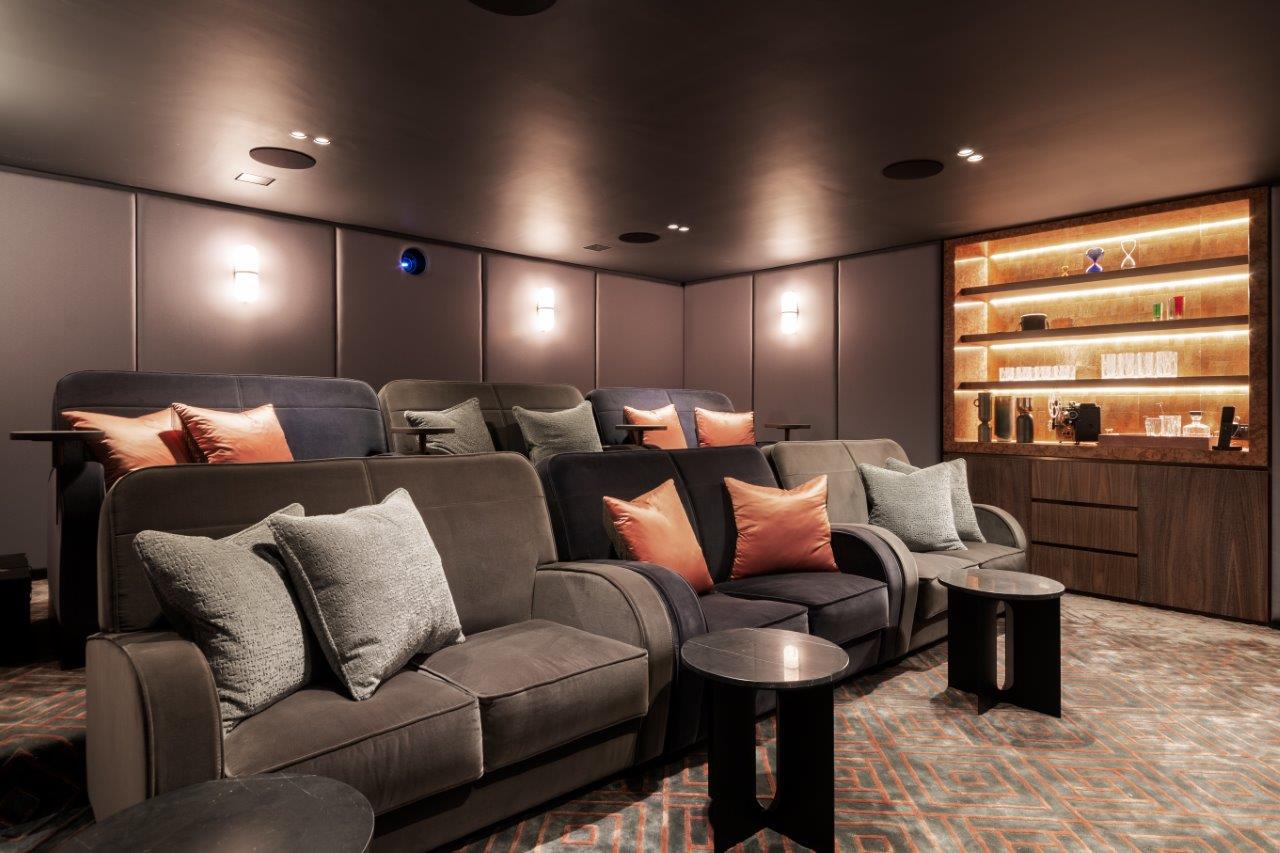 Christian Dodgson, Managing Director, Clearly Automated, explains that this project involved a new client that came recommended through Fiona Barratt Interiors (FBI), a company the team has worked with previously on another project.  “We were recommended for this project and understood that we had a strong chance of winning it if we proposed a great system at a fair price, ultimately giving the client the experience that they desired.”

The project was a collaboration between Cleary Automated and FBI, with Clearly Automated specifying the AV installation and working with FBI to ensure the interior vision for the space would work in tandem with the equipment giving the client the optimum cinema experience.

Christian says, “As this project is located in the basement of the property, our team had multiple construction challenges to overcome as internal ventilation and air handling systems ran through the same area. This meant that the rear wall had to be built out and the ceiling had to be lowered, which alone provided dimensional challenges within the room.

“This meant we needed to get creative with the speaker positioning in the walls and ceilings and make use of the rear void space by creating a crawl-in area with shelving to house the cinema head-end hardware. We also had to build-out the front wall to house the in-wall LCR speakers and utilise an acoustically transparent screen to maximise the useable space within the room.”

The walls were initially padded out with rockwool for acoustic absorption, as the bedrooms were directly above the cinema (through two floors) so the aim was to minimise any disruption late at night if one member of the family wanted to use the room whilst others slept.

The ceiling was coordinated around existing pipe works to ensure speakers were Dolby Atmos compliant and the front speakers were housed in a custom aperture which is covered by a fixed acoustically transparent screen.

The projector screen was chosen with the recommendation from atlantik av distribution, a very high-performance model from Screen Excellence. Manufactured in the UK, this fixed, velour framed screen Reference model from Screen Excellence uses an acoustically transparent material capable of handling 4K and 8K projection due to its advanced Enlightor NEO projection surface.

Clearly Automated says the sound quality and screen image is an audiophile / cinephile’s dream, as the acoustic insertion loss and enhanced dynamic range elevates the viewer’s experience, leading them into the realm of complete submersion.

As the room dimensions changed during the build, a projector housing was created at the back of the room with an aperture, allowing the projector to shine through. This gave minimal visual impact and access from behind the false wall. The audio system consists of an Artcoustic 9.2.4 layout, ultimately specified because the team felt it was the strongest combination of the aesthetic and audio performance characteristics needed, namely clarity and dynamic range.

Christian underlines, “The Evolve 8-4 has its line array optimised between 2.5m – 6.5m eliminating potential comb flittering and phase overlap issues at the distance we were looking to fill with audio. We always specify speakers that are capable of at least 105db output in the main listening position. The 99db sensitivity Artcoustic Evolve 8-4 delivers this at up to 5.3m distance. Subwoofers of course need extra headroom – 115db according to Dolby Atmos standards – and the twin Artcoustic subwoofers are perfectly matched to the output of the Evolve 8-4s.”

A Sony VPL-VW570ES 4K projector was chosen for its configurability, excellent 4K resolution and bright high-Lumen image. The whole system is controlled by a central Crestron platform with a remote control in the cinema room to allow for simple and intuitive operation.

A Lutron Homeworks QS system was also specified, with a single wall station at the entrance and additional control availability on the Crestron remote to allow the client to enable different cinema modes, relaxing scenes, and bright scenes upon completing viewing. All available at the touch of a button, this feature really adds to the immersive qualities of the system.

Christian reveals, “With the site’s beautiful location being so remote, we experienced issues with the broadband strength fluctuating, which was stable upon commissioning in the winter, but upon the summer season we found increased demand in the area greatly slowed the streaming capabilities of 4K content. This was temporarily overcome by utilising non-streamed content via Blu-ray or downloaded content via an external hard drive until broadband service improvements can be made. Unfortunately, this is a common issue encountered in fantastic rural projects wanting to utilise cutting-edge technology, but the broadband infrastructure is not yet in place.”

Other tricky problems included the limitation of speaker positioning because of the overhead ducting and piping and the seating positioning was also limited by the incorporation of a step behind the first seating row. This meant the team had to work within really fine margins to ensure all speakers were in the correct position to guarantee a fully compliant Dolby-Atmos experience. The basement also had to be constructed with flooding in mind, so flood sensors were added linked to the Crestron control notification system, and the equipment installed locally in the cinema needed to be housed above floor level.

Other fine tuning to exactly match the needs of the client and the cinema, included specifying the Sony VPL 4K projector to calibrate multiple different lens settings, which when coupled with the control system allowed seamless switching of modes when viewing sports/digital TV, Apple TV and Netflix.

Christian says, “We ensured this functionality was fully explored to provide the best experience and display content in the optimal format. The overall considered design from FBI aesthetically combined with the audio treatment within the walls and the cutting-edge hardware and calibration is something quite rare in the fantastic location the project is located in.”

So favourite part of the install time! Christian exclaims, “I have to say, all of it! The moment you walk in the room you feel as though you are in for a great experience, but if I had to choose, the rich and immersive audio never fails to put a smile on your face when you fire up the system in anticipation of a great film or football match! The clients and their family are thrilled with the room and their movie experience and are happy that Clearly Automated met all the aspects of their brief.”