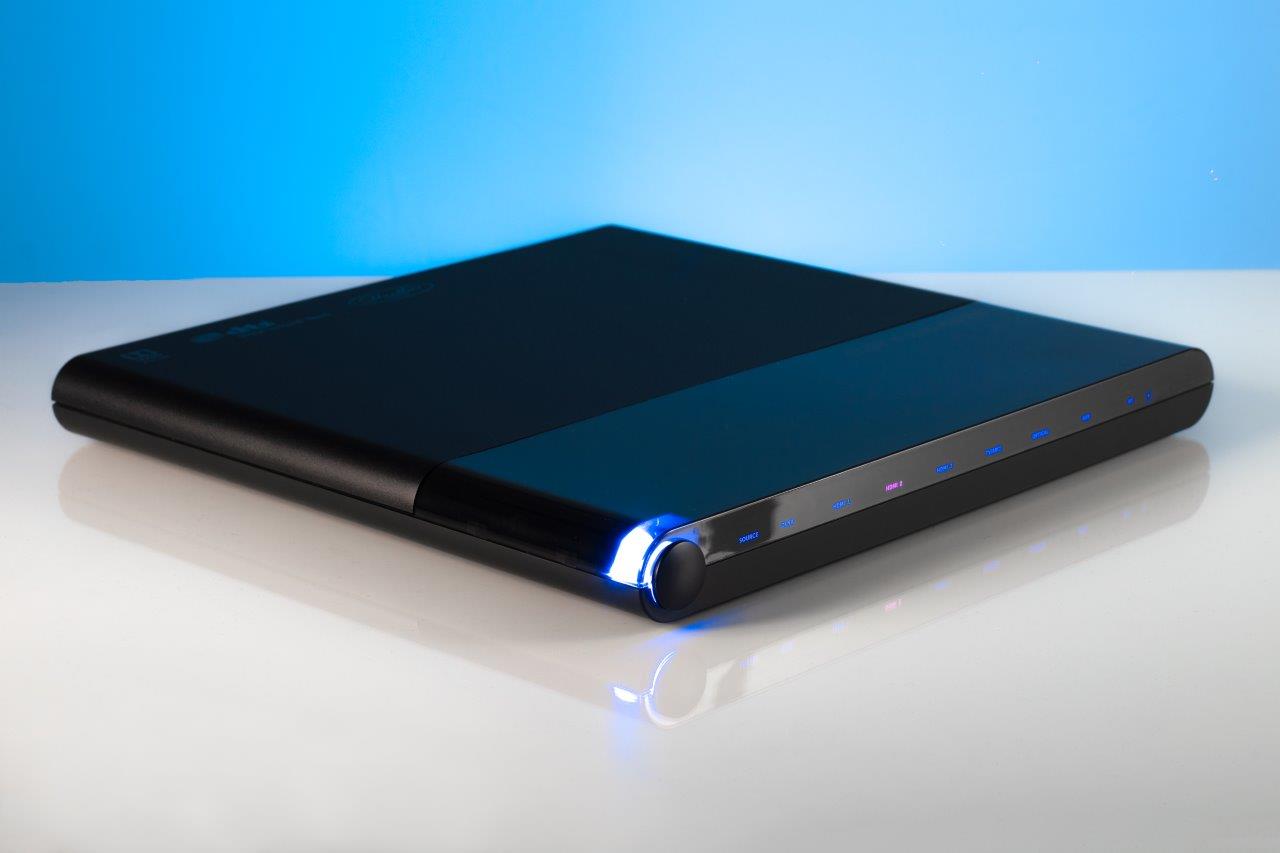 For single room AV installs or zones a long way from the rack, running an AVR in the zone itself makes a lot of sense. It keeps the decoding and power local – which is ideal if the source is streaming apps on the TV – and in addition, it eases user control and reduces long cable runs and associated losses. Yet seamlessly accommodating a traditionally chunky looking 44cm wide AVR into a tight décor brief or small room is never easy.

Artison has a solution in its Nano Backpack P5. Billed as the world’s smallest AVR, this 5.1 channel AV decoder/amplifier is just 30cm wide, 30cm deep and a very svelte 3cm tall. It is designed to be mounted on the back of the TV screen (see what they did with the name there?).

In fact, it’s cool running digital amplification means you have a range of installation options both vertically, such as behind décor panels, or horizontally, perhaps on the underside of a desktop or in a cupboard. Its consumer-facing chassis looks the part too, so simply placing it on a TV stand is a possibility.

Beneath the robust ABS plastic and metal-topped casework is decoding for standard Dolby and DTS surround sound formats up to 5.1 configuration and five channels of amplification.

These are rated at 3 x 75W and 2 x 35W for the rears. There is an RCA output for a subwoofer, or you can use Artison’s Nano wireless transmitter if you are deploying the matching Nano sub.

The connection suite is compact, running along the narrow rear panel with four x HDMI 2.2 ports, one with ARC, S/PDIF in RCA and Toslink flavours, power-only USB and a 3.5mm analogue jack input.

Network control is enabled over RJ45 ethernet or built-in Dual-Band Wi-Fi, and there is a Bluetooth 4.0 connection for music playback from a smart device. Given its likely install location, there is an IR jack input for the handy 1m IR extender supplied in the kit.

It can be controlled by Savant, C4 and Crestron, and a host of other drivers are available for basic functions within a control system. The front panel has a single knob that doubles up for both volume and input selection and a row of LED lights that increase with volume.

There is no display on the Backpack itself, with all menus and set-up via on-screen display. A rather cheap looking blister-button remote is also supplied but day to day use benefits from slick CEC control.

The Backpack doesn’t offer any secure mounting points so is supplied with a pair of curved brackets that simply friction clamp the sides of the unit. Our supplier Redline offers a component mounting plate (CMP-XL) that bolts to a VESA bracket and provides a drilled flat area to secure the Backpack’s brackets.

Due to the lack of real estate on the rear panel, speaker connection is by a removable 10-terminal Phoenix connector that will cater for 12AWG or around 3mm2 of cable comfortably.

That enables pre-wiring speaker cable to the block and simply pushing it securely into the socket. The HDMI ports are nicely secure and we didn’t have any issues with heavier cables pulling the vertical connection.

The set-up menu allows you to configure and rename inputs, control power-up and CEC settings, set speaker parameters and level, and configure networking.

The built-in Wi-Fi module takes a little while to boot up and set-up is slightly convoluted in that you need to Wi-Fi Direct connect a smart device and then visit a configuration page to dial-in SSID settings. There is no on-board Room EQ system here, so set-up is otherwise slick and easy.

Within preferences, you can also control the LED lighting on the front of the Backpack – which is just as well, as its fully on mode looks like a blue dawn behind the TV. Once configured, the Backpack is supremely simple to use given its CEC HDMI input switching and ARC.

It auto-detected Dolby and DTS formats from a BD player but was at its operational slickest watching Netflix on the connected TV. There really is nothing for the user to touch as the volume is controlled over the TV remote; ideal for customers prone to ‘finger trouble’ operational issues.

While Artison’s remote is nothing to write home about, once the Backpack is configured, the CEC controls work well, particularly using ARC as volume control then falls to the TV’s remote. Hooked up to Artison’s own passive soundbar and Nano subwoofer, the Backpack give a very good account of itself acoustically with a crisp and articulate sound that makes dialogue highly intelligible.

Yet using the Backpack with a passive soundbar is perhaps defeating the object somewhat, as an active soundbar would be a simpler solution.

To get a feel for the Backpack with larger-scale speaker we used it as a traditional AVR to power a mid-market five-channel speaker, package to great effect.

It packs a much bigger punch than with the soundbar, the amplifiers delivering dynamics that wholly belie the Backpack’s compact dimensions. We would expect the Backpack to really shine with in-wall speakers LCR around the TV and in-ceiling rears, making for a very slick, near invisible high-performance surround sound system.

The review first appeared in the pages of Essential Install Magazine. Subscribe here.

The Artison Nano Backpack is available to the trade in the UK from Redline and RGB.