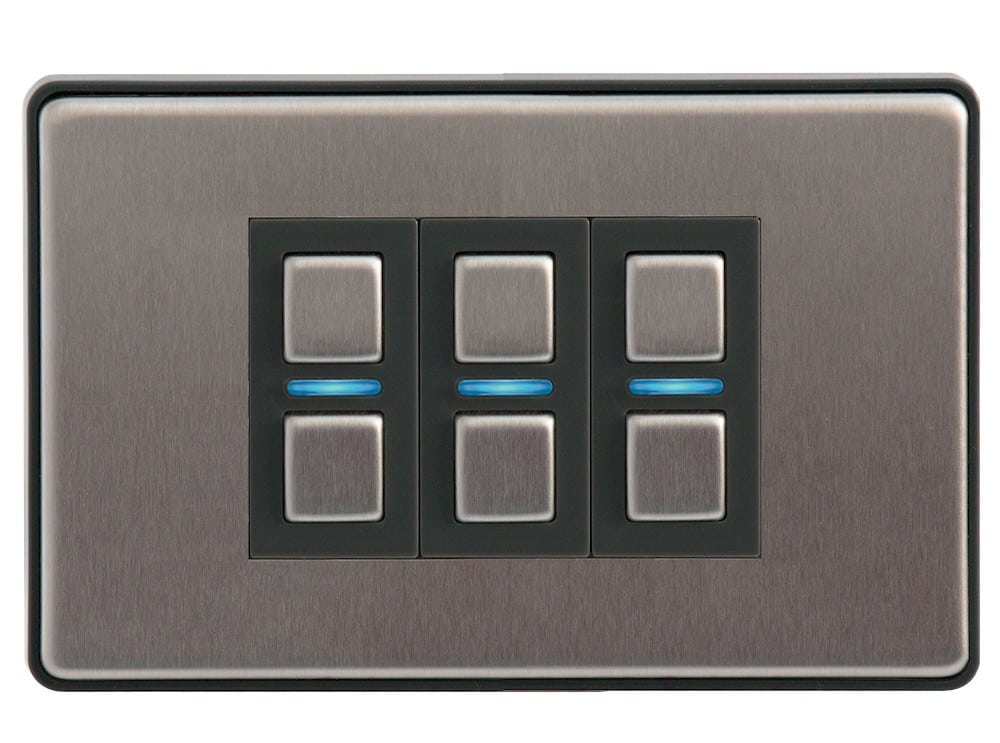 The smart lighting market continues to be popular amongst UK consumers, and Lightwave is a company making installing it easier than ever. Its ‘Smart Series’ range of lighting products work with Apple’s HomeKit, Amazon’s Alexa and the Google Assistant, and is easy to install, as it can simply replace an existing light switch. Now the company has announced two new additions to its range, a three- and four-gang Smart Series light switch.

Available in both white metal and stainless steel, the three- and four-gang dimmer switches makes it possible to control up to four lights using the same smart switch. That’s especially useful for houses with lots of lights in one room, where manual control is still desired, but hooking it up to a voice control platform is also needed. Replacing the light switch is also seen as a more cost-effective solution compared to the alternatives, such as replacing all the bulbs with smart bulbs or rewiring the lighting circuit.

John Shermer, founder and chief innovation officer at Lightwave comments, “We’re committed to creating smart home technology that fits into people’s lives effortlessly. Our customers said they wanted to be able to complete their lighting set-up with the ability to control additional lamps and lighting in other rooms, which is why we’ve added three and four-gang dimmers to our latest smart lighting range.”

The three- and four-gang dimmer switches will be available from a range of retailers, including the Apple Store and Lightwave’s website, from October 15, priced at £159.95 and £199.95, respectively.