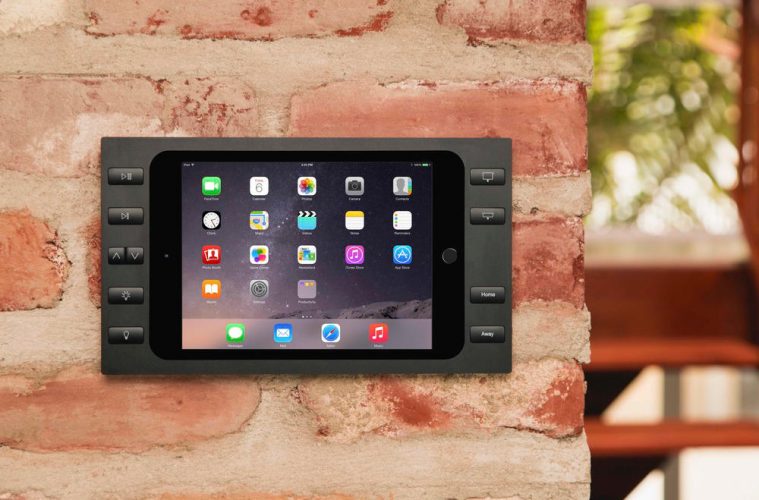 UK distributor, Habitech, is introducing iPort’s Surface Mount with Buttons – an iPad mount and IP keypad combined in one device – to its line-up.

Surface Mount with Buttons is the latest in the iPort Surface Mount offering: a series of high-quality mounts that enable the installer to integrate the iPad with decor anywhere in the home.

Habitech says the Surface Mount with Buttons offers the optimum home control interface by combining the richness of iPad Apps with an array of hard-buttons wired to network switches for immediate access to control system functionality.

In allowing the iPad and the system control buttons to share the same bezel, Surface Mount with Buttons extends the existing Surface Mount iPad mounting system, introduced in 2015, which powers the iPad via PoE while encasing it in beautiful precision-finished aluminium.

Surface Mount with Buttons is available in six and ten button versions.

The installer has the flexibility to customise button brightness and colour according to application and for added design versatility, a single button space can accommodate a raise/lower multi-function button, or a single button.

Although a choice of over thirty engraved button designs is supplied with each bezel to cover the majority of control system functions, integrators are able to order buttons custom-engraved with bespoke symbols, words or phrases.

Completely independent of iPad functionality, the buttons communicate using unique JSON commands over a single PoE connection (which also supplies power to the iPad) on the local network via IP directly to the control system processor.

Drivers and profiles for Savant, Crestron, Control4 and Simple Control will be available immediately and others will follow.