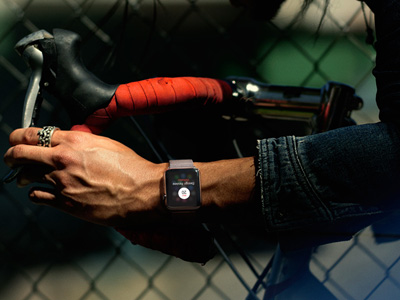 The Apple Watch is officially launching on April 24 in nine countries.

Consumers in the US, UK, Australia, Canada, China, France, Germany, Hong Kong and Japan will all be able to get their hands on this highly anticipated bit of wearable tech, but what does this mean, if anything, for installers and home automation?

The software platform for the Apple Watch was released in November of 2014, from that date WatchKit has been available to any eager company looking to add this new way of including an Apple element to their offering.

As the Apple Watch ‘plays nice’ with its friends in the Apple family and in truth needs to buddy up with one of them to work at all, many functions, notifications etc can be pushed to the Apple Watch giving users of Apple products a new level of convenience within an automation environment as they can see instructions, react to questions or options from the Watch rather than having to find, wake up and use the their phone or iPad.

The Glances bit of the functionality could be interesting as it allows users to see info quickly that they care most about, so status of lights, alarms, temperature ect could come in here and be controlled.

The Apple Watch also has a built-in speaker and microphone, potentially moving voice activation to a more realistic phase as users will not have to have their phone, iPad ect in their hand to begin interaction.

The functionality that was developed in the main as a fitness driver might also have some automation implications as it knows when the person is seated, standing or moving around, again information that could be useful within an automated environment.

Apple Watch will also launch with both Bluetooth and Wi-Fi support, so communication possibilities are there right out of the box.

Not to be outdone, according to reports, Goggle is planning an update to its Android Wear tech platform to add Wi-Fi support to its existing Bluetooth abilities.

Ultimately the key thing about Apple Watch and similar devices is the most obvious one, they are attached to the user!

No other potential controller for home automation has ever been able to claim that and it opens up a whole world of new possibilities.

Wearable tech is surely going to have a massive impact on the intuitiveness and scope of automation scenarios, just how is not yet clear, but that’s half the fun, right?