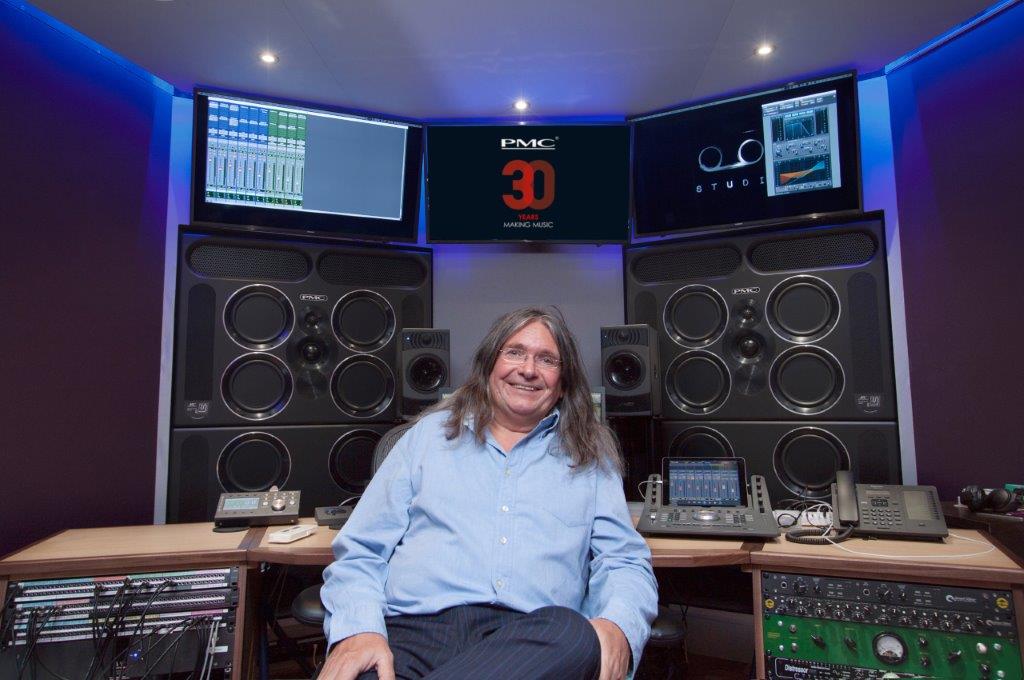 UK-based PMC is celebrating its 30th anniversary this year, marking three decades of ‘Best of British’ loudspeaker design and manufacture for both the audiophile and professional music production markets globally.

Peter Thomas, PMC founder and owner, says, “When I started the company with my friend and colleague, Adrian Loader, I had no idea that our audio knowledge and passion for music would one day end up with our small company designing and building universally respected loudspeakers for audiophiles and for some of the biggest artists, producers and audio facilities in the world.”

PMC was established in 1991 by Peter, then a BBC engineer, and FWO Bauch engineer Adrian, in response to requirements from the BBC for a monitor speaker that could handle the high sound levels required for pop and rock monitoring, but with ultra-high resolution. The pair created their first loudspeaker, the ‘Big Box’, in Peter’s garage and accompanying electronics in Adrian’s garage. Once refined and renamed the BB5, it was installed into BBC Maida Vale Studios and so started the journey of discovery and invention to perfect the art of loudspeaker design that continues today.

Peter with the original BB5XBD!

Shortly after the introduction of the BB5 and formation of PMC, Peter and Adrian launched their first domestic loudspeaker, the LB1. The company now has an enviable reputation in the home audio and custom installation sectors, with products that bring studio quality audio reproduction into the home. It is this bringing together of the professional and domestic audio worlds that makes PMC the speaker of choice of discerning professionals, audiophiles and music lovers, says the maker.

Peter explains why this dual market approach is such an advantage for PMC, “In terms of music reproduction, there shouldn’t be a distinction between a loudspeaker designed for studio use and one for domestic use – the speaker is either reproducing the music correctly or it isn’t.

“The guiding principle for our R&D team is that the same ultra-high-resolution loudspeaker can be used throughout the entire recording and playback process – from studio to home. The work we do developing new studio speakers directly benefits our hi-fi product development and conversely, some of the discoveries we make when creating a new range of hi-fi loudspeakers find their way into our pro models. This means that domestic users can experience their music sounding the same as it did in the studio and exactly as the artist intended.”

These innovations are to be found in the products that bear the PMC name and which have been the recipients of many awards and accolades. These include the QB1 monitors that have pride of place in studios like Capitol in LA and 301 in Sydney, and the recently launched fact fenestria and twenty5i series Hi-Fi speakers, and the high-performance Ci Series that are a good fit for many markets including studios and home theatres.

In recent years, PMC has been involved in the burgeoning immersive audio market by partnering with Dolby. This has resulted in its loudspeakers being installed in Dolby Atmos music mixing rooms around the world and becoming the reference for Atmos music mixing. In addition, PMC has also engineered Atmos mixes for artists such as Miles Davis and Gordon Goodwin’s Big Phat Band and built its own Atmos enabled mix facilities in Nashville, New York and Los Angeles. Its speakers were also chosen by the Rolling Stones for the Atmos presentation at the band’s ‘Unzipped’ exhibition.

In the 30 years since the company was founded, its workforce has gone from just two to 60 around the world. With its head office in Biggleswade, UK and satellite offices in Los Angeles, Nashville and New York and two manufacturing plants in the UK, PMC can service its global customer base with efficiency and ease.

Peter sums up his feelings, “Celebrating a 30th anniversary is a major milestone for any company, and we know that we couldn’t have done any of this without the help of our staff and customers. Their support and dedication have enabled us to build a highly respected global brand. For that we are extremely grateful and would like to say a massive and heartfelt thank you as we look forward to the next chapter in the PMC story.”