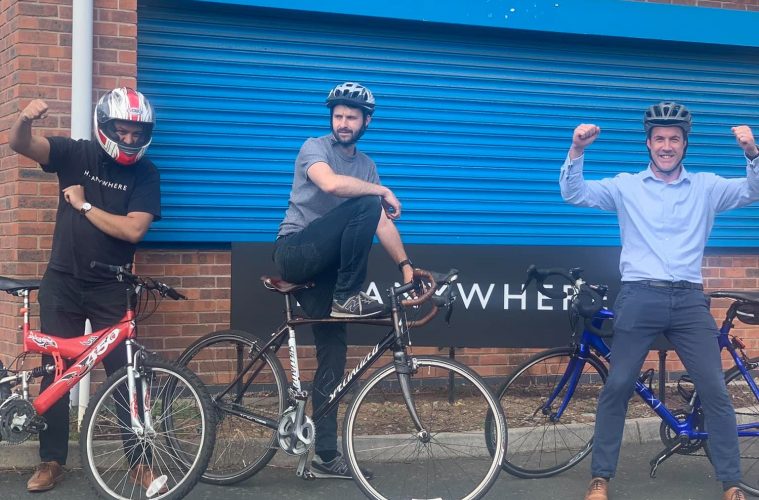 Back in 2017, CEDIA hosted its very first charity bike ride to commemorate five members of the industry who have sadly passed over the previous two years.

Suzanne Collin, Carmen Greenway, Bob Hobson, Alan Roser, and Peter Lawn are sorely missed by many within the industry, and this event gave everyone the opportunity to remember their dear friends and raise money for Macmillan Cancer Support in their memory.

Gearing up for its second charity cycle ride this year on September 7, CEDIA will help raise money for mental health charity, Mind.

Mental illness is the largest single source of burden of disease in the UK. Mental illnesses are more common, long-lasting and impactful than other health conditions.

This year, Andy Oattes, Sales Director at OneAV, will be joining the CEDIA team and racing the 27-mile route to support this important cause. HDANYWHERE, one of its suppliers, also have two team members, Dillan and Colton, riding alongside Andy.

CEDIA is designing shirts for the event, giving companies the opportunity to show their support by sponsoring these. Priced at £250, each brand’s logo will appear on the back of the shirt.

All money raised from participants will be donated to the charity.

For those who would like to get involved with the charity but are unable to attend the event, CEDIA has set up a JustGiving page for donations to Mind. You can donate to the Just Giving page here.