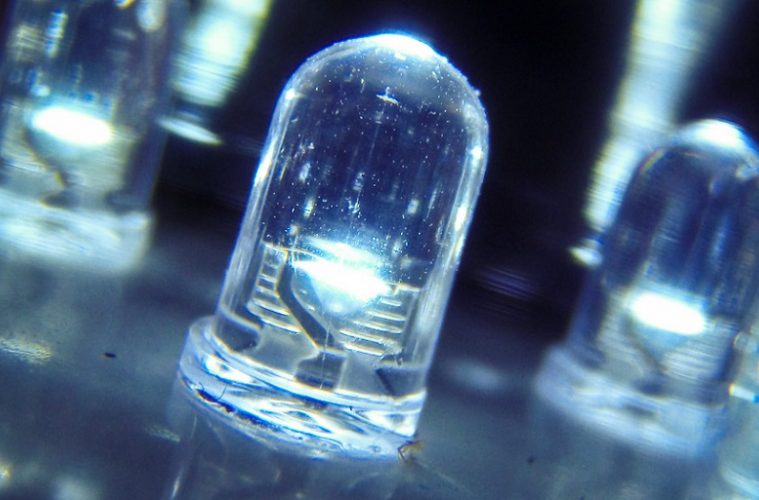 With 5Gbps Internet speeds just around the corner for some people in the UK, it’s about time that researchers found a quicker way to distribute those kind of speeds wirelessly. Thankfully, scientists in Tallinn, Estonia, have taken it upon themselves to come up with such a technology.

At the moment home Wi-Fi utilises radio waves to transmit data; a thing humans have been doing for decades. Professor Harald Haas from the University of Edinburgh in the UK came up with an alternative that uses light from LEDs as opposed to radio waves. He calls it Li-Fi.

Li-Fi was first spoken about back in 2013, but since then scientists around the world have attempted to showcase whether or not the technology is actually feasible. Scientists in Tallinn, Estonia have proven that it is.

This is not the first time Li-Fi has been tested; earlier this year scientists proved that the technology works in a lab setting. At the time speeds of up to 224 gbps (28GB/s) were achieved. That test was under ideal conditions however, so in the real world speeds could be much slower.

Just how much slower is what the Estonian researchers wanted to find out and what they discovered was that Li-Fi technology had the potential of breaking the 8 gbps (1GB/s) barrier – which is up to 100x faster than current Wi-Fi speeds and even faster than most Ethernet ports on home routers.

“Currently we have designed a smart lighting solution for an industrial environment where the data communication is done through light. We are also doing a pilot project with a private client where we are setting up a Li-Fi network to access the Internet in their office space.”

The technology behind Li-Fi is called ‘Visible Light Communication’ which uses visible light between 400 and 800 THz. Some have likened this technology to an ‘advanced form of Morse code’ as data is transmitted to devices by a rapid switching on and off of light. The flickering will be imperceptible to the naked eye, meaning the light would be transmitting binary code without anyone noticing.

While speeds 100x faster are obvious advantages of Li-Fi, there are some downsides. For home users the main one is the fact that devices will need to be in direct line of sight of the light otherwise the data cannot be transmitted. That also means one Li-Fi router will not be able to service a whole home – as light cannot travel through walls and objects. It may be better utilised in an office setting however – thanks to Li-Fi’s security benefits.

Of course the Harald Haas doesn’t believe in just having one Li-Fi router in the home anyway. In fact, he envisions a world where every single lightbulb can transmit data wirelessly to devices. If his vision comes true, it would give a whole new meaning to ‘smart lightbulb’.