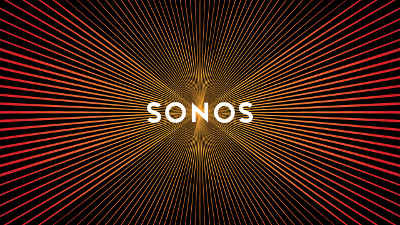 As reported on the Verge this week, Sonos has unveiled a new eye catching logo.

Scroll up and down the page and you’ll see what all the fuss is about.

The social media world has picked up on the fact that the logo appears to imitate sound waves pulsating, much like a loudspeaker.

However, as reported on Fast Company, it turns out that the seemingly ingenious idea can be put down to a happy accident.

“It was meant to be a logo in motion, something radiating, something happening.”

In fact, it was meant to demonstrate the idea of amplification – the thematic anchor around Sonos’ rebranding.

The sharp lines were meant to represent high-fidelity sound, leading the designers to notice the pulsating effect when scrolling up and down on screen.

“We didn’t know people were going to notice it so prominently,” admits Webb Blevins, vice president of brand design for Sonos.

“We’ve done quite a bit of animation studies making that more prominent, but I thought, personally, it was going to go unnoticed.”