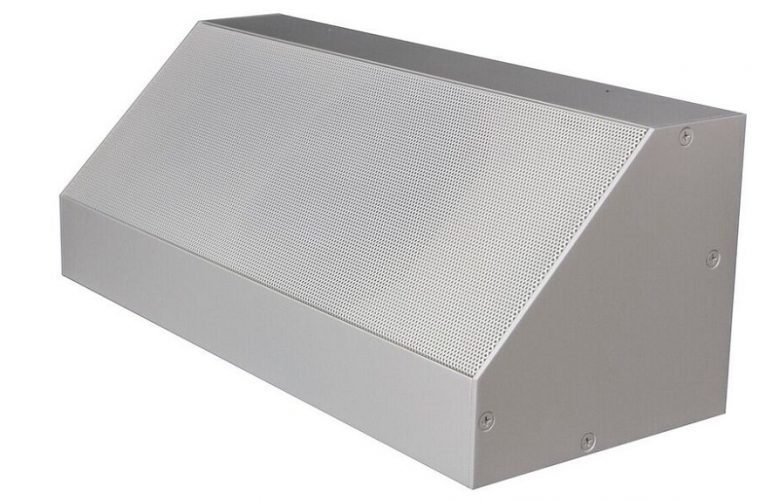 3D Audio is expected to be on lips of many installers in 2016; Dolby Atmos, Auro3D and DTS:X are coming to more speaker systems than ever before and in the case of Dolby Atmos, even a soundbar comes with the technology.

James Loudspeaker is now jumping on the 3D audio bandwagon with a system designed for specialised boundary applications, such as integration into a 90° corner where walls and ceiling converge.

Dubbed the W-Series, James Loudspeaker has designed the system to be visually unobtrusive in the corner of a room. To fit snugly in position, it has even given it a wedge-shaped form factor.

Installers needn’t choose whether they want to put a 3D audio system inside or outside however, as the W-Series can be used in either environment. It also supports all three of the major 3D audio formats; Dolby Atmos, Auro3D and DTS:X.

For the initial launch of the W-Series, James Loudspeaker is releasing two models; the 52QW, a single 5.2in woofer/quad tweeter, and the 53QW, with dual 5.25in woofers/quad tweeter.

James Loudspeaker says that it has equipped each speaker with proprietary high excursion woofers matched to an ultra-high-performance quad-array aluminium dome tweeter; a feature common across the company’s portfolio of products.

Installers are being encouraged to use the speakers in either a residential or commercial setting; wherever the client wants 3D audio without having an obtrusive speaker system installed.

Clients wanting the W-Series will have to pay a price for the privilege of 3D audio however; the 52QW will retail at $1,000 (£701) each, while the 53QW will cost $1,300 (£911). For that price however, clients will receive a premium feeling device constructed entirely of aircraft-grade aluminium for strength, sonic performance and durability.

It won’t just be the client getting an intelligent solution either, as the company claims that its ‘unique mounting system’ will make the W-Series speakers easier to install using a corner bracket that suspends the speaker securely via setscrews.

A number of colour options are available, including gloss white and satin black; although custom colours are available to suit a variety of décors.

Specially equipped versions of each model are available for outdoor/marine applications.