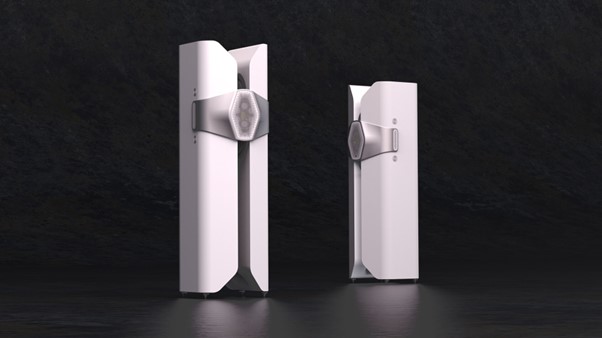 This month Monitor Audio is marking 50 years of being at the forefront of audio innovation by previewing a revolutionary loudspeaker at High End in Munich, before it goes into production later this year.

Monitor Audio has distilled five decades of loudspeaker expertise and development into creating this single stand-out product, which currently goes by the prototype name, Concept 50. In its mission to make audio human and is set to hit a high note with discerning audiophiles around the world.

Making a statement of just how good a loudspeaker can be, Monitor Audio’s new prototype combines ‘extraordinary sound, refinement and luxury’ that customers have come to expect, but pushes the boundaries even further to truly strike a chord with audiophiles.

In its quest to deliver audio that sounds as close to perfection as possible, the idea for the Concept 50 loudspeaker started its life two years ago when Monitor Audio’s Technical Director, Michael Hedges, and Design Director, Charles Minett, carried out an experiment to see how far they could push passive loudspeaker design. Their work quickly paid off when they spotted the opportunity to create something very special.

Explaining what makes Concept 50 so different to other loudspeakers, Monitor Audio’s Technical Director, Michael Hedges explains: “No loudspeaker is perfect. Using our experience and understanding of the physics, we’ve strived to design a real loudspeaker to be as close as possible to perfect. This has been attempted by others many times but with Concept 50 we believe we’ve got closer than anyone has before.

“There are two key elements that are often ignored, perceived source size and directivity. For sound stage and imaging to be as accurate as possible the sound must come from a single point and have a consistent directivity. Concept 50 achieves this through the innovative placement and design of each of its drivers, a tightly grouped tweeter and mid-range cluster called ‘The Array’, plus a compact inward facing pair of force cancelled bass assemblies.”

‘The Array’ is an ultra-compact multi-driver mid-range and tweeter assembly. A masterpiece of intricate detail and design, the array is a testament to the collaborative approach of acoustic and mechanical engineering within the Monitor Audio Research and Development team. Using Monitor Audio’s renowned RDT III cone technology the six mid-range drivers together have a surface area that is greater than a Platinum Series mid-range. This is an approach which gives rise to multiple benefits.

Firstly, each mid-range has an exceptionally wide bandwidth and could cover much of the range of a traditional tweeter. This ensures the smoothest crossover to the tweeter and exceptionally low distortion.

Secondly, traditional dual concentric drivers add additional intermodulation distortion to the tweeter due to the displacement of the mid-range diaphragm, which forms the tweeter waveguide. This can be reduced by limiting the lowest frequency the mid-range operates to, but is never totally removed. As Monitor Audio’s tweeter waveguide is fixed and the drivers create a flat baffle around the tweeter, there is no additional intermodulation distortion contributed and the mid-range can run to its full potential without compromise.

The second part of the ‘The Array’ is the definitive version of the Micro Pleated Diaphragm (MPD) high frequency transducer.  For over 10 years Monitor Audio has been leading the world in pleated diaphragm tweeter design. The Concept 50 uses Monitor Audio’s third generation MPD tweeter which has improved nearly all aspects of its design including linearity, distortion, directivity and power handling. This is the smoothest and most extended tweeter Monitor Audio has ever produced.

‘Every force has an equal and opposite reaction’ – created with Newton’s Third Law in mind, the Concept 50 bass drivers are anchored together in pairs facing each other in a ‘Force Cancelling’ configuration. This exact symmetry means the unwanted vibrational energy each driver generates from an audio signal is cancelled by its opposing twin. This is especially useful on bass drivers which usually transmit these unwanted vibrations through the cabinet.  In addition, the drivers are not being shaken themselves leading to reduced distortion and improved control. As a result, the loudspeaker delivers a frequency response in-room (-6dB) of 21Hz-60kHz with minimal distortion.

Brimming with cutting-edge technology, and made out of the finest materials, Monitor Audio Concept 50 is an impressive-looking three-way configuration loudspeaker. The enclosed bass cabinet is made of mineral and acrylic stone which has been thermoformed and precision machined. Meanwhile the mid and high frequency drivers are mounted within a precision machined solid aluminium baffle combined with a custom designed and 3D printed enclosure tuned to the mid-range drivers requirements.

Monitor Audio’s Design Director, Charles Minett, concludes: “Our mission to create a loudspeaker like no other both in performance and looks was no easy challenge. However, by using Concept 50’s two unique driver configurations as the backbone of its structure, we have been able to create a unique aesthetic which demands attention but does not overpower a space like many of its contemporaries. This allows us to make a statement which looks forward not back. Concept 50 is about generating ideas that can form the basis of our loudspeaker development for the next generation of audio enthusiasts.”

The Concept 50 is a prototype loudspeaker which Monitor Audio will continue to develop into a flagship product which will go into production later this year so that audiophiles the world over can own and enjoy the absolute pinnacle in loudspeaker development.

Further updates about Concept 50’s development and launch date will be available to those who sign up to Monitor Audio’s newsletter and follow the company on social media channels.

Monitor Audio Group will be hosting four private demonstration sessions on trade days in Atrium 4, Room F131 at High End in Munich on 19 and 20 May 2022. To experience its latest line-up of products, including Concept 50, reserve your space here.