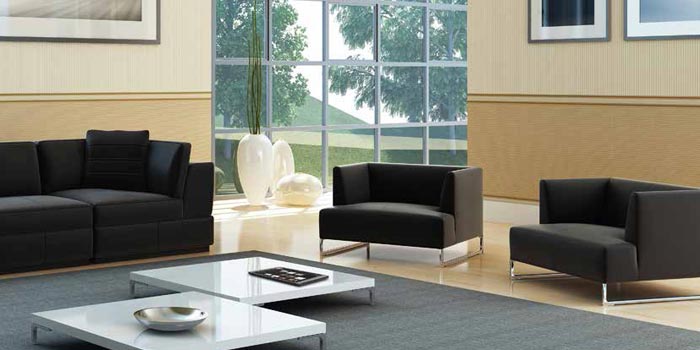 Launching what the company is calling a step change in music based multi-room systems, with ‘the world’s fastest music App’, Armour Home is aiming high with its new creation, taking inspiration from no less a figure than Greek philosopher Plato, who observed: “Music gives a soul to the universe, wings to the mind, flight to the imagination and life to everything.”

Music gives a soul to the universe, wings to the mind, flight to the imagination and life to everything.

Clearly Plato understood the power of music and he did not even have access to the myriad of services Systemline 7 is looking to place in the hands of the end-user. The maker says the system has at its core two distinct design goals; to complement the design of the home and to enhance the user’s musical listening enjoyment.

Armour has drawn on its core strengths of designing and creating multi-room entertainment systems and quality hardware and speakers to deliver the concept.

The user can choose to listen to any of their stored or music service based content in any room in the property, group sets of rooms together or control the whole house from the specifically designed App.

‘One Touch’ operation is in effect to make using S7 as easy as possible with users able to choose any stored ‘favorites’ which can be playlists, albums radio stations or music streaming services.

The system can also automatically switch from music playback to TV sound, so the user can enjoy an enhanced audio TV experience from the same speakers and infrastructure used to deliver the music.

A number of standard remotes can be programmed to control the volume of delivered by Systemline 7 without the need to refer to the App and in sync with the TV picture.

Systemline’s ‘open architecture’ means it can interface with other control systems. The launch had a demo switching seamlessly from the Systemline App to Demopad and also has on display some KNX control panels, underlining these aspects of the system.

For installation, the installer only needs to deal with the minimum of equipment and fuss, says the maker.

At the heart of the system is the NetServer Music storage unit and the NetAmp.

Each system is created using one NetServer, which is the repository of all the stored music (up to 24bit/192kHz), can hold more than a million tracks and acts as the gateway for all the user’s music streaming services.

The NetServer also supports automatic CD ripping and album art detection in addition to the transfer of existing electronic music files over the network. iTunes is supported with the recommendation that the iTunes library is mirrored to the NetServer hard drive.

The NetServer is supported by one or more NetAmps that deliver the content connected directly to the server via a wired Direct Digital connection providing amplification and control for each zone.

One NetAmp services two rooms and Systemline S7 can support up to 24 independent rooms.

Higher power, higher performance Systemline amplifiers can be added to the system to provide an audio boost if needed. The design team were keen to point out that as a ‘wired’ system, Systemline 7 will suffer none of the problems that can be associated with fully wireless systems and can deliver high-quality music files with ease.

The system hardware can also be neatly stored away in a specially created cabinet.

The design team is particularly proud of the system’s App, describing it as “lighting fast and very easy to use”.

The App is designed to provide intuitive access to all the user’s own music, services like Tune-in, BBC iPlayer (support for the full seven day catch-up service), Spotify, Deezer and Qobuz. S7 also adds a social element as it supports access to Facebook and Safari.

Users can chat, check the weather or the latest news without having to jump in and out of separate Apps. The App requires iOS7 or later and Armour says an Android version is in development and will be available next year.