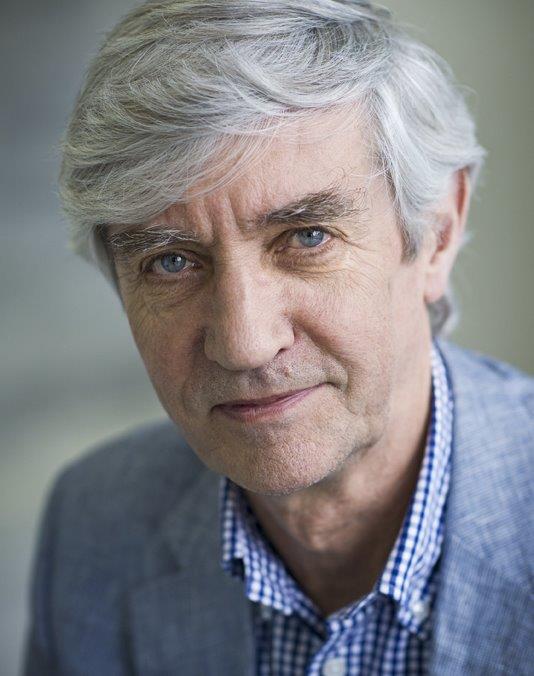 Highly prestigious award presented to Founder of MQA and co-Founder of Meridian Audio for a distinguished career of innovations in audio.

Bob Stuart, creator of MQA and Co-Founder of Meridian Audio, has been awarded the Royal Academy of Engineering Prince Philip Medal for ‘his exceptional contribution to audio engineering which has changed the way we listen to music and experience films’. The award is particularly significant as Bob is the very first audio engineer to receive the award in its 20-year history.

Commissioned by HRH Prince Philip, The Duke of Edinburgh KG KT, Senior Fellow of the Royal Academy of Engineering, the Prince Philip Medal is awarded periodically to an engineer of any nationality who has made exceptional contributions to engineering through practice, management or education.

Speaking with EI, Bob explains that the process works by a series of independent nominations and then thorough vetting to get to the eventual winner. The process is led by Professor Raffaella Ocone OBE FREng FRSE who chairs the RAE Awards Committee of 12.

On being recognised with the award, Bob says, “I think it’s about a life’s work in looking to improve audio, we have tried to be fearless in what we have done at Meridian and more recently with MQA. It’s really exciting to have the audio sector recognised in this way.

“As a branch of engineering, it is hard to make audio ‘better’. In some areas of more physical engineering there are specific problems to identify and solve. In audio its more subjective, especially when talking about music, to clearly identify ‘problems’ and solve them. Over the years we have tried to identify ‘how’ to improve sound first and then find ways of doing that.”

Bob adds, “Even when you do invent something, that is only half the battle. Lossless compression was not an obvious transition when that was introduced, we had to convince the industry. But we have changed the way that people listen to music, because we took time to understand ‘how’ sound works and make improvements.”

Bob argues, “Since around 2000 there has been anarchy in terms of how music is distributed. With the labels losing power in favour of file sharing and music streaming, quality suffered. MQA fixes the issue of getting recorded music to the listener in high-quality.”

Key to the success of MQA is its ability to capture any type of sound from rustling leaves to falling rain, to a barking dog, the approach can capture natural sound in its rawest form, so when it comes to music, creating a natural feel to the sound is already part of the codec’s DNA.

Bob also underlines that there are other areas for MQA to move into, for example partnering video, some broadcasters are already interested in this approach, particularly in Japan. MQA also has potential in the area of immersive sound formats as it deals with the issue of bandwidth, always a hotly contested space on any format, with all too often the video content getting the lions share.

Bob was also keen to highlight the recent release of another first for the MQA platform as the format has been included in a set of headphones for the first time by global tech company ASUS via its latest ROG (Republic of Gamers) headphones. The headset has been designed to offer flawless audio quality for gaming enthusiasts, a subject that EI has been highlighting recently as the world of home cinema/AV and high-quality gaming build a closer relationship (see September issue). This recent development underlines Bob’s point that MQA really can go anywhere audio lives and make things better, more immersive and fit for the 21st century.

Another area that the company has been active in is supporting live streaming of music performances, significant over the COVID 19 lockdown period, but obviously with big potential for events, performances, festivals in the future as the tech could move from an ‘instead of’ phase, to an ‘as well as’ addition to any event where audio or music matters.

Renowned music and arts organisation, JAZZ RE:FRESHED, moved its annual festival JAZZ RE:FEST online this year as part of a digital strategy to keep UK jazz thriving while venues are closed, whilst continuing to support musicians whose performance opportunities have dwindled as a result of the global pandemic. The event was supported by and presented in MQA, see the full story here. The future for this type of support could be huge, Glastonbury or Download festivals in MQA anyone? technically it is now possible.

Back to the award

In accepting this award, Bob also reflects, “Audio engineering sits at an intersection between analogue and digital engineering, music and the human listener. My passion to enable great sound recording and playback has required a multi-disciplinary approach, but that quest to preserve and share music performances is very satisfying and important. I am honoured and humbled to receive this award from the Royal Academy of Engineering.”

Legendary, multi-Grammy Award winning Mastering Engineer, Bob Ludwig, also shared his thoughts: “Bob Stuart is a connoisseur of both engineering and music and that is what sets him apart. He is like a mastering engineer – he knows what music is supposed to sound like, so he isn’t blinded by theory or technology. If something does not sound right to his ear he will quickly reject it and explore a more musical way of accomplishing his goals. The invention of MQA improved the sound clarity that was blurred by digital components and as a musician, I am so delighted for my ears to be the recipient of Bob’s creation and to use it in my work.”

Grammy-winning Producer and Engineer, Morten Lindberg also contributes, “With the invention and development of MQA, Bob has provided audio engineers and music producers all over the world with a mindset and tools to work with digital audio in an holistic perspective. His interdisciplinary research combining neuroscience, psychology and advanced physics with audio engineering now makes it possible for music production to maintain true analogue qualities in the digital domain. Bob is the kind of person who goes beyond the call of professional duty and ‘becomes’ his work.”

George Massenburg, pre-eminent Producer, inventor and teacher, adds, “For decades, research in modern digital audio has been confused by outdated foundational precepts, misled by chimerical goals or commercial pressure and hampered by ever-so-slowly evolving knowledge in the fields of science and hearing perception. Bob Stuart has risen above these challenges time and time again.  Only the accomplished researcher whose heart and soul has been captivated by the sublime experience of superb, transparent music recording and reproduction could achieve so well what Bob has accomplished for so many years.

“Our job as producers is to connect an artist’s vision and intent with listeners; the ability to share our work has been deeply compromised in the last 30 years, with a seemingly endless “lowering of the bar” of audio quality. Thus, I’m deeply impressed by the performance and technology of MQA — its faithful rendering of nuance, complexity, sound stage and detail, lifts the veil.  Knowing that my work can again be heard by an enthusiastic audience gives me a reason to go back into the studio.  I feel strongly that Bob’s work, in MQA will have a tremendous impact on the music industry.”

EI would also like to add its congratulations to Bob and all those who have worked with him over the years, when you love music as much as we do, anyone who makes it easier to listen to your favourite artists in better quality deserves all the recognition they can get. Music isn’t just something to do when you are bored or busy with something else, its arguably the oldest art form on the planet and is a powerful force for good, more power to people like Bob who help make it better.