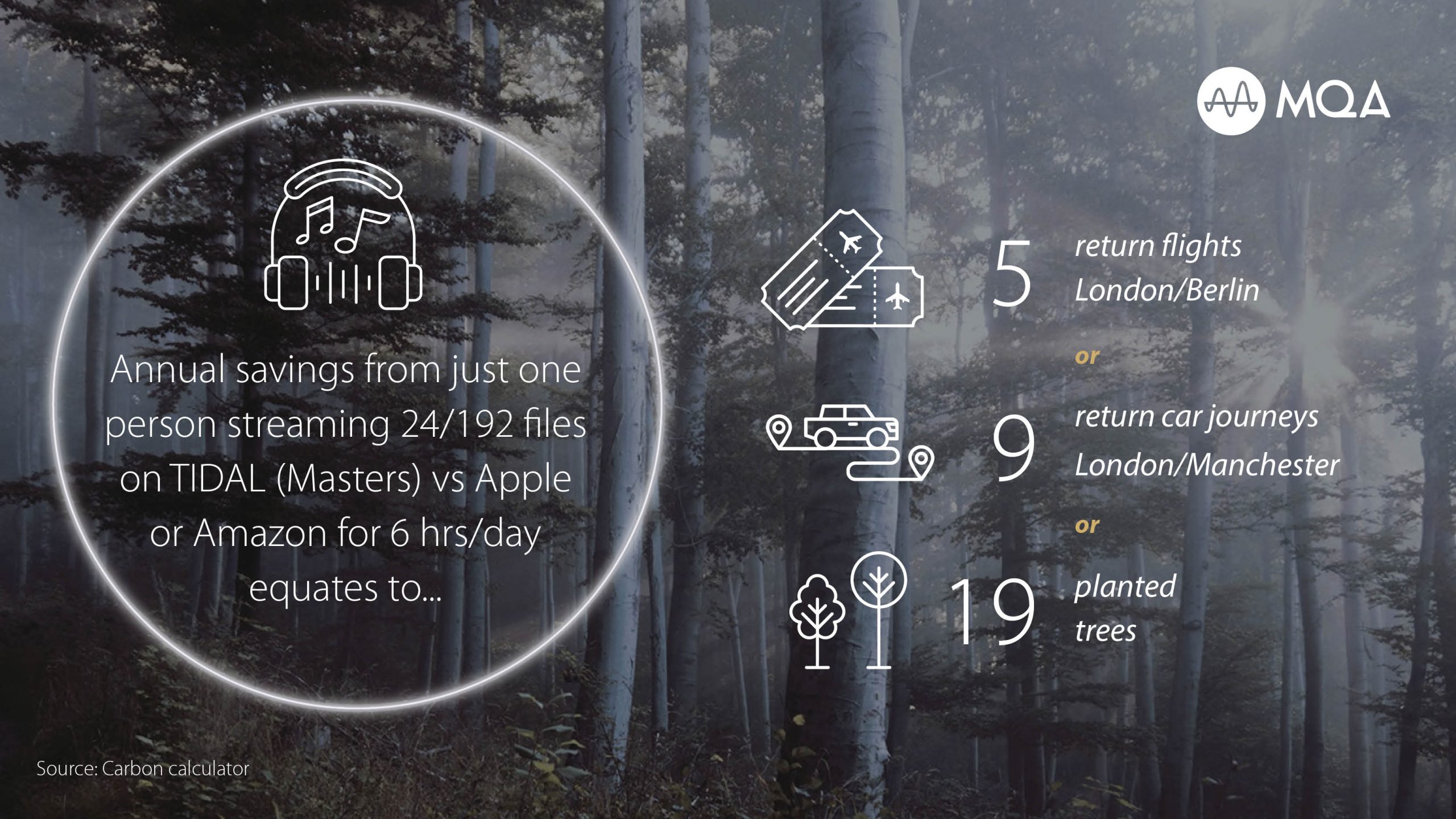 While it’s easy to understand the carbon footprint-related effects of physical formats such as CD and vinyl, MQA points out that many people don’t realise that music streaming also has an environmental impact.

More people are streaming more music than ever before. At the end of 2021, the number of paid subscription accounts worldwide had reached 523m, according to global music industry body IFPI (an increase of 18% on the previous year’s tally of 443m paying subscribers).

Alongside the growth in streaming, artists and record labels are increasingly recording and releasing music in higher quality to ensure fans have access to the best listening experience.

Speaking during a values-based panel at music industry conference NY:LON Connect earlier this year, MQA’s CEO Mike Jbara urged for more innovation, “As major music services upgrade their audio quality, we have to think about how that audio should move around to consumers, and how you get better quality with a smaller carbon footprint.”

According to AudienceNet research, there is a marked difference between the UK and US when it comes to views on the future of the environment. In the UK, only 19% thought the environment would get better, versus 26% in the US; and the UK was also more pessimistic about the future, with 41% of respondents stating the environment would get worse, versus 31% of their US counterparts. Looking across the generations, the most pessimistic group overall was Gen Z; here again there was more pessimism in the UK (44% against 35% in the US).

Another aspect of the research revealed that consumers increasingly expect brands to show a social conscience. Younger generations, in particular are looking at brands as a vehicle for actively supporting social causes.

A centrally hosted model, such as proposed by the Vilvit project, is one area where the industry could act collectively to increase efficiency. As highlighted in industry discussions by Mike Jbara, “We have DSPs all over the world, all of whom have their own data stores, and they’re often holding onto the same sound recording base asset as everybody else, rather than a central repository. It’s a very specific example of what could be changed structurally in our industry.”

MQA is the technology behind the award-winning TIDAL (Masters) streaming service. It reduces the carbon footprint of high-resolution audio files by as much as 80% and makes resolution 15 times better. MQA says that using carbon calculator tools, annual savings from just one person streaming 24/192 files on TIDAL (Masters) vs Apple or Amazon for 6 hrs/day equates to: = 5 return flights London/Berlin or;

MQA has created a special playlist as your soundtrack for Earth Day 2022. Listen here in TIDAL Masters.