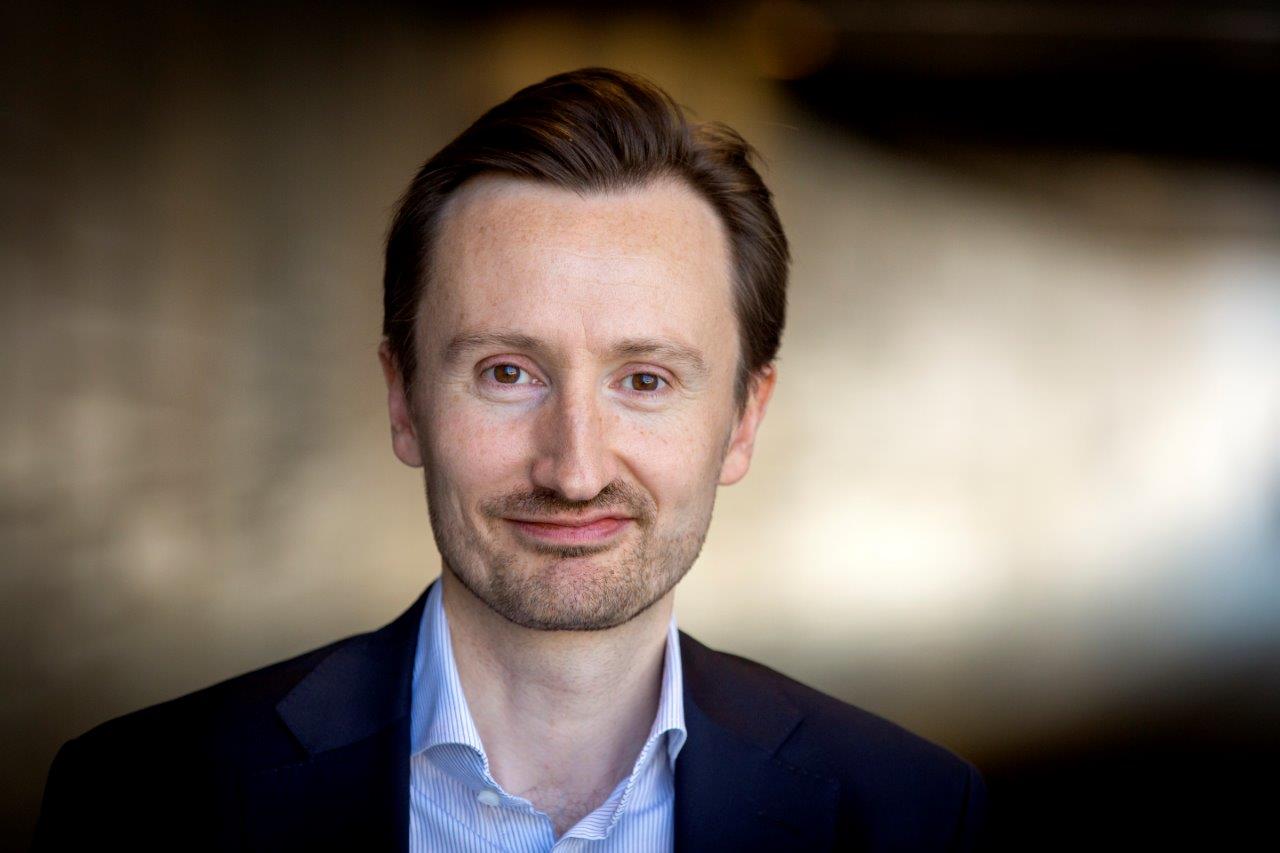 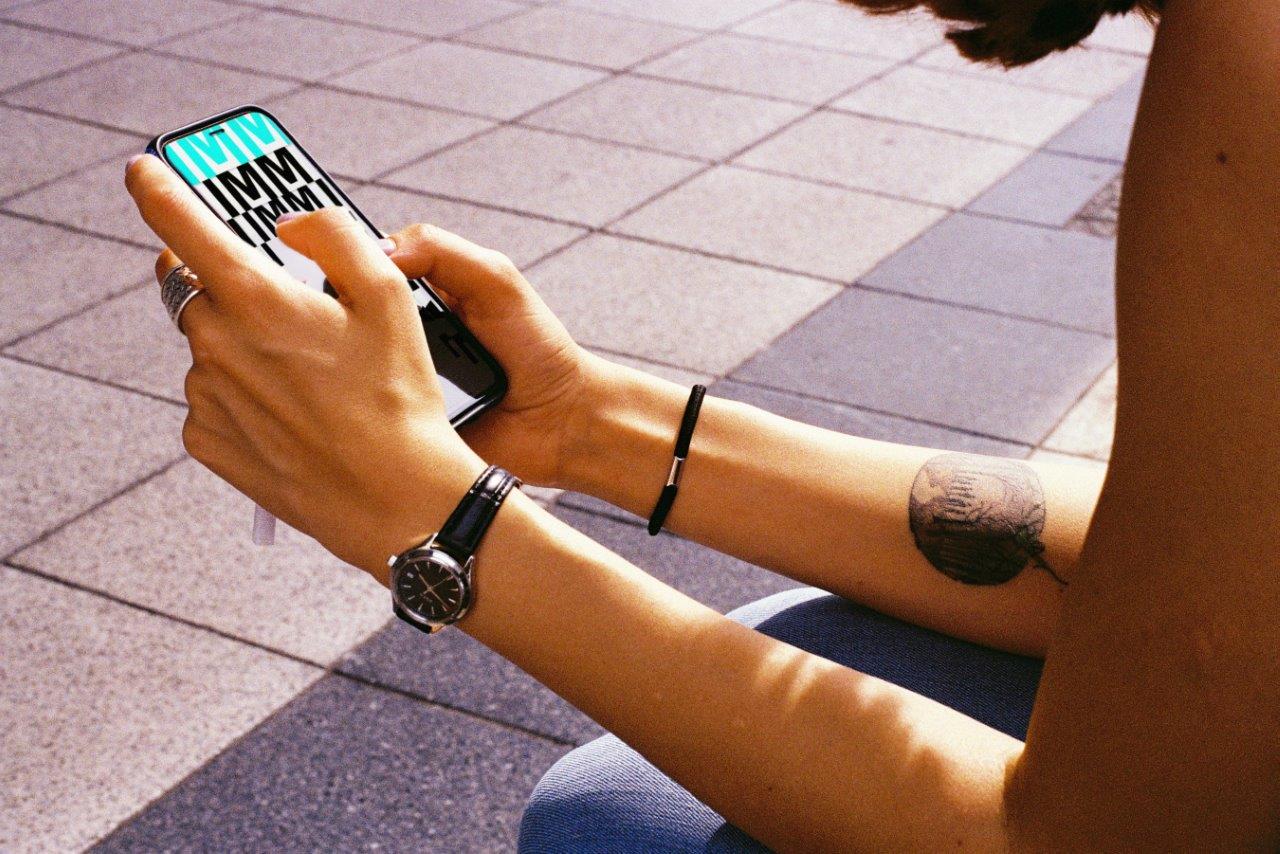 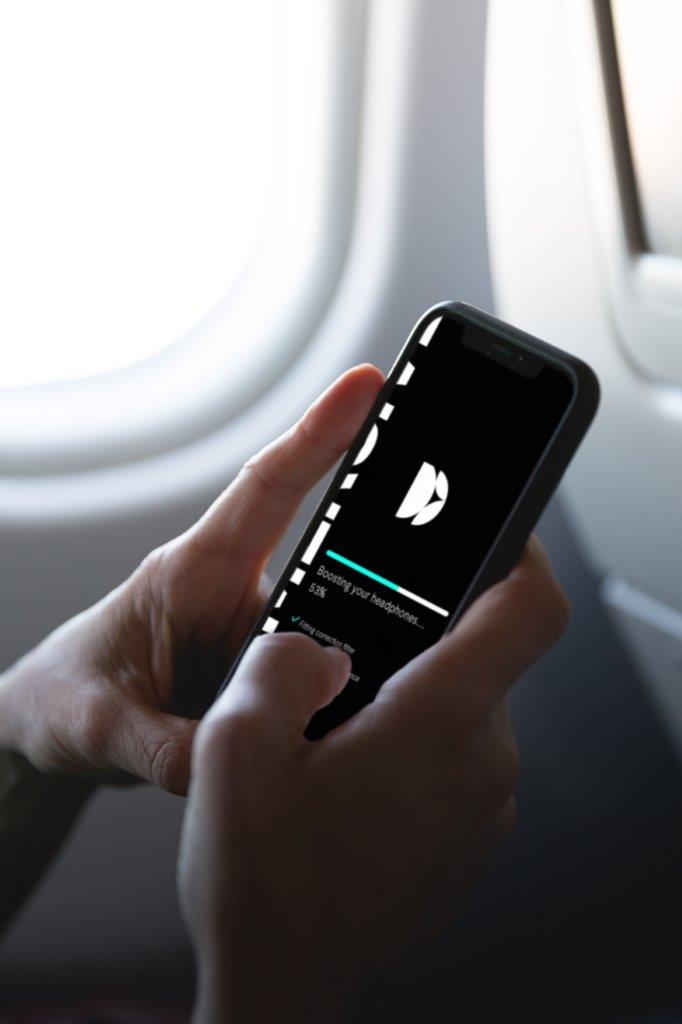 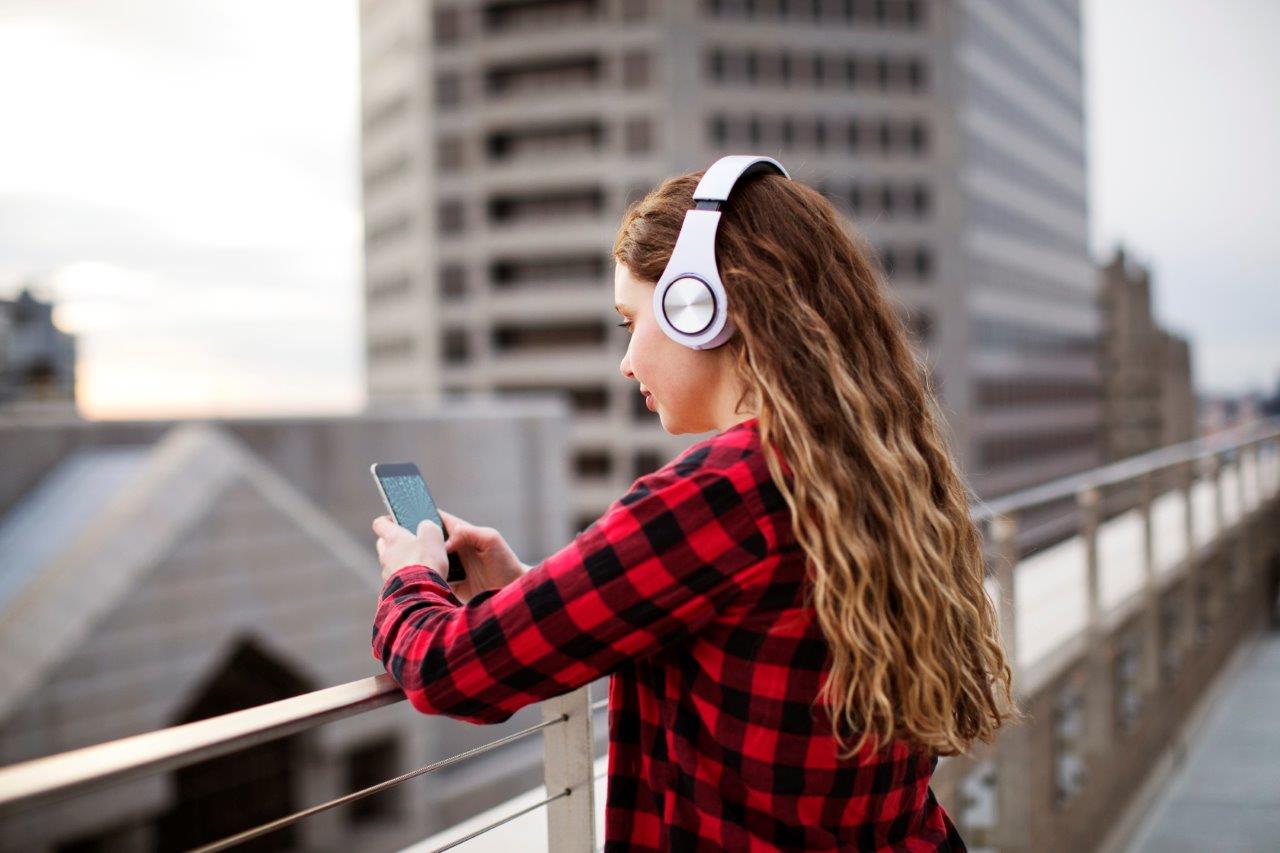 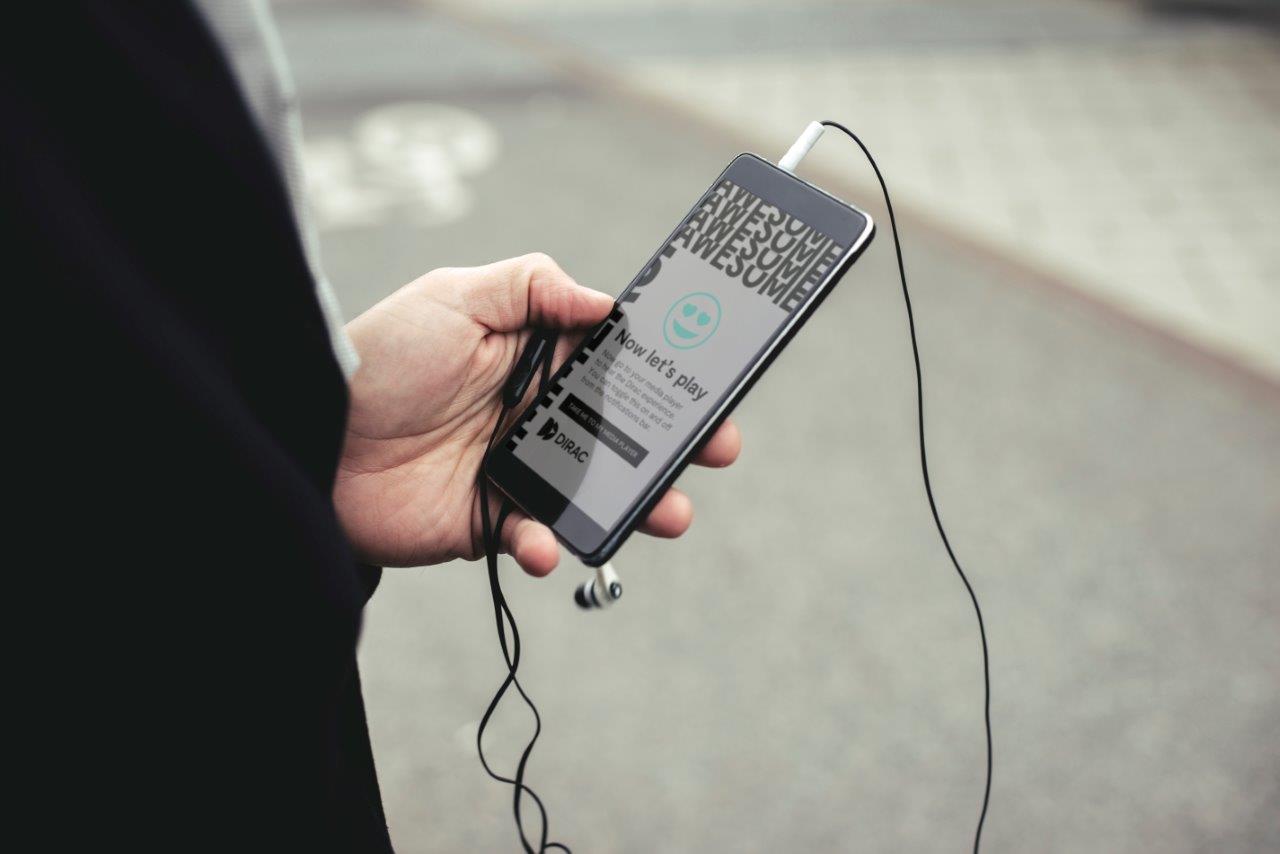 EI spoke with Dr. Mathias Johansson, co-founder and CEO of Dirac, audio improvement pioneer, to find out how this innovative company got started and what it can offer now and in the future.

Dirac Live has built its reputation by offering a range of audio enhancement technologies to be found in the automotive, portables/headphone markets and home cinema sectors. The Dirac Live platform in particular has been finding friends as part of room correction and bass enhancement approaches carried within products by companies such as ARCAM, AudioControl, Lexicon, miniDSP, NAD and StormAudio, Datasat, Bryston, Emotiva, Focal, Lexicon (Harman), quadral, Monoprice, Theta Digital and Wisdom.

So, where did the company get its start?

Mathias explains, “The group that went on to found Dirac all did their masters on digital techniques to improve sound in the Signals and Systems Group at Uppsala University in Sweden. The idea was to use digital technology to improve the sound of speakers without having to alter them physically. Our first experiments were with quite low-quality speakers, but we were delighted by how much we could improve sound even when the equipment was not of the best quality.

“Right from the start we were keen that our technology should be able to help everyone, no matter what type of equipment they were using or what environment they were in. So, in 2001, four PHD students and two professors began Dirac proper, combining the knowledge in digital signal processing that they had gained from years of study with a passion to improve music and audio for everyone.”

The name of the company was inspired by the British theoretical physicist Paul Dirac, some of whose work lies at the heart of what Dirac delivers today. Mathias recalls that the company’s first contract came from a surprising source.

He explains, “Dirac Live was our first product, but it was not the home cinema market that we got our first contract in, it was the automotive sector as we signed a deal with BMW in 2004 to include our technology in the company’s in-car audio systems. At the time, any kind of digital signal processing tended to be seen as a bad thing within the Hi-Fi and AV markets, but in the car market they were less conservative and were open to what we had to offer.

“BMW were one of the first car manufacturers to realise that it was not just about how their car engines performed, it was about the whole experience, and high-quality audio can add a huge amount of satisfaction to the overall experience of owning a vehicle. We were given a car to work on and began to use our technology to re-imagine what in-car audio could be like. Improving audio within a car is a big challenge, as the speakers are rarely where you want them to be and there are loads of very early reflections to deal with. However, it’s also a big opportunity, and we were immensely proud when our little company from Uppsala was able to show this giant car maker how much we could improve their products and we were awarded our first major contact.”

As for cracking the AV sector, Mathias reveals, “We just kept banging our drum until people listened! The idea that digital technology was not the enemy began to spread, which helped, but also the fact that we were very up-front and honest about what our technology could do and what it could not. Gradually we were able to literally demonstrate what the improvements were that we could offer.

“Datasat was one of the first companies to include Dirac Live in its products, first in the pro cinema world and then the home cinema market, which it still does today. Later on, other high-quality makers such as StormAudio joined the Dirac family, very recently including lots of Dirac Live functionality in the company’s latest firmware update including Dirac Live’s latest Bass Control add-on.” Dirac has also picked up other manufactures in the quality AV world such as AudioControl, Lexicon, miniDSP, NAD and ARCAM.

So, what is the point of Dirac Live? What does it actually do?

“It was clear to us right from the start that the weakest link in most systems is the room and the speaker’s interaction with that environment,” says Mathias. “You can have a very high-quality system and still suffer from lots of colouration because of this. Our job is to come in at that point and give end users and professional installers a way to tackle that. We are confident that for actually very little effort, we can deliver very significant and immediate improvements.”

The major audible benefits should include improved staging (localisation of sound events), higher-quality clarity and intelligibility in music and vocals and a deeper and tighter bass free of resonances throughout the listening environment. Able to offer lots of improvement for two-channel listening, its creators underline that the abilities of Dirac Live become even more important in multi-channel systems and home cinemas which often have more complex room interactions to combat.

The latest version of Dirac Live comes in desktop and smartphone/tablet guises, has an improved UI and has an Enhanced Phase Correction algorithm for better stereo.

Mathias continues, “With Dirac Live we can really take on those early reflections that can be such a problem, the voice we can present really front and centre and the separation of  musical instruments is particularly strong. In the home cinema arena, bass control, particularly when there is more than one unit, can be a real challenge. This is another area Dirac Live is really strong in, our algorithm can really get the bass spread out all over the room.

“It’s important to remember these cinemas are family spaces, not a place where you want all the good audio dumped on one place – it needs to be a positive and high-quality experience for everyone.

“We are keen to add one really big area of improvement to Dirac Live every year. This year it has been the new bass control abilities, and we are planning for another big launch for next year too. Look out for Q4 of this year for more news. No clues as to what it will be right now, but are continually working to deliver significant enhancements.”

Dirac recently received fresh investment ($6 million) and announced the appointment of Jonathan Forster to the board of directors. Jonathan is a former Spotify executive which is a strong indication of ambition in a new area for the company.

Jonathan has spent 25 years scaling-up digital companies and had a number of senior positions at Spotify, where he spent 10 years after being one of the company’s first five employees.

Mathias explains, “We want our technology to be everywhere, it’s flexible enough to do this and part of our mission has always been to offer improvement no matter what the application. Our focus right now is on offering technology that improves the experience of listening to a streaming service via headphones, but we want to be able to offer a choice for streaming services and their users when quality matters.

“Currently people choose their streaming service for lots of reasons. Quality can be one of them, but it’s just one aspect in a relatively complex situation. What we would like to get to is a similar situation to how our technology works in the AV and home cinema market, where users have a choice to include the technology as an addition to whatever hardware or other technologies are involved in the listening process.”

Mathias continues, “Until relatively recently, the streaming market was all about building numbers of subscribers, but with a more mature market now, platforms are looking to differentiate, so the reception to technology like ours is improving all the time. Some of our new investors were involved in the early days of Spotify, so they knew Jonathan already and his involvement is a really significant boost to our ambitions to build a presence in the streaming market. It’s already opening many doors and raising eyebrows so that is very positive. Jonathan also has an intimate knowledge of how streaming companies work and what their priorities are, so we are having some very positive conversations and let’s just say ‘watch this space’ for now.”

As well as announcing new investment and its ambitions for the streaming market, the company has also recently launched a breakthrough Dirac headphone technology in the form of an Android app that automatically enhances the performance of any connected headphone to reveal more of the music that can be lost in standard headphones.

Whatever the quality of the headphones being used, the algorithm within the app has been created to expand the listening field and provide better detail and a strong sense of the immediacy for the music or audio being delivered. Users can turn the app on and off to get a real sense of the improvements made.

The reception at launch has been positive with most users, even non-audiophiles, able to really appreciate the difference. Importantly, the effect is there no matter what CODEC was used to record the audio, which is important when the company wants to offer similar solutions to platform’s music streaming apps, podcast players, YouTube and other browser-based content.

With the COVID-19 situation, making conference calls and video chat sessions, often with multiple people involved, has come to the fore like never before. One area that pretty much everyone agrees could do with improvement is the audio quality, particularly when several people are involved.

Mathias reveals, “We are definitely active in exploring this area. In fact, improving the smaller speakers this type of interaction normally happens over was one of the first things we did when developing our technology.

“Services like Zoom and Skype usually work pretty well if the interaction is one-to-one, however when more than one person is involved, the audio can get confusing and the quality of the experience suffers. We can use our technology to create a more ‘3D’ soundscape placing different voices in different places within the sound field, so it’s much easier to tell who is talking and hear clearly what they are saying.

“People should be able to talk at the same time and still have a meaningful interaction, much more like a real conversation or group interaction. The potential for this type of interaction is obviously huge. The current situation has opened the eyes of many companies as to how more efficient their processes and interactions could be, but the tech does need to improve. Perhaps the ultimate aim would be some sort of AR experience where the interaction over technology feels a lot more natural than it does now and the interactions can move closer to the ‘real thing’. We are definitely working to see what we can offer in this sector.”

So, this company with pretty humble beginnings, but with some real innovation, not  to mention enthusiasm, looks to be building on what was already a very impressive set of achievements. Music and audio communications are one of the life-bloods that keep the world turning, making improvements to how these are experienced will ensure we hear a lot more about Dirac in the future.

This article first appeared in the pages of Essential Install Magazine.