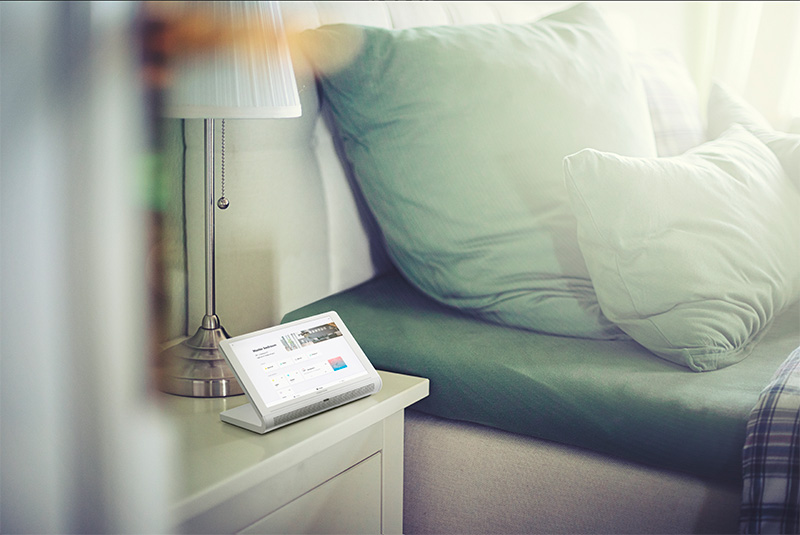 Crestron has announced the launch of its next generation 70 Series Touch Screens. Available in wall-mount and tabletop options, the Crestron 70 Series offers a sleek design with more screen and less bezel.

Crestron’s 70 Series Touch Screens are Wi-Fi enabled and are available for both custom-programmed and Crestron Home projects where previous infrastructure requirements may not have been available.

A Crestron 70 Series Touch Screen can be placed on kitchen counters, coffee tables, nightstands, and anywhere throughout a home. The addition of proximity sensors also allows for the touch screen to automatically wake when in close range without physical contact.

“In today’s world, with more and more people spending the majority of their time at home, we’ve seen an increase in demand for the most advanced type of technology control possible,” said John Clancy, Vice President of Residential at Crestron. “Crestron’s 70 Series Touch Screens were purposely designed with the homeowner in mind in order to deliver unparalleled performance for home control with a sleek, new aesthetic.”

Delivering control that blends into the décor of the home, the 70 Series supports legacy and HTML5 custom projects, allowing UI developers and programmers to provide a dynamic and modern user interface.

Key features include faster processing, a higher resolution display, ‘seamless’ transferring of projects from Crestron’s 60 Series Touch Screens and a full range of network standards that reportedly guarantee security and privacy. The 70 Series run the latest Sonos S2 app for deeper integration into the Sonos ecosystem.

The next generation 70 Series Touch Screens started shipping on October 31, 2020.