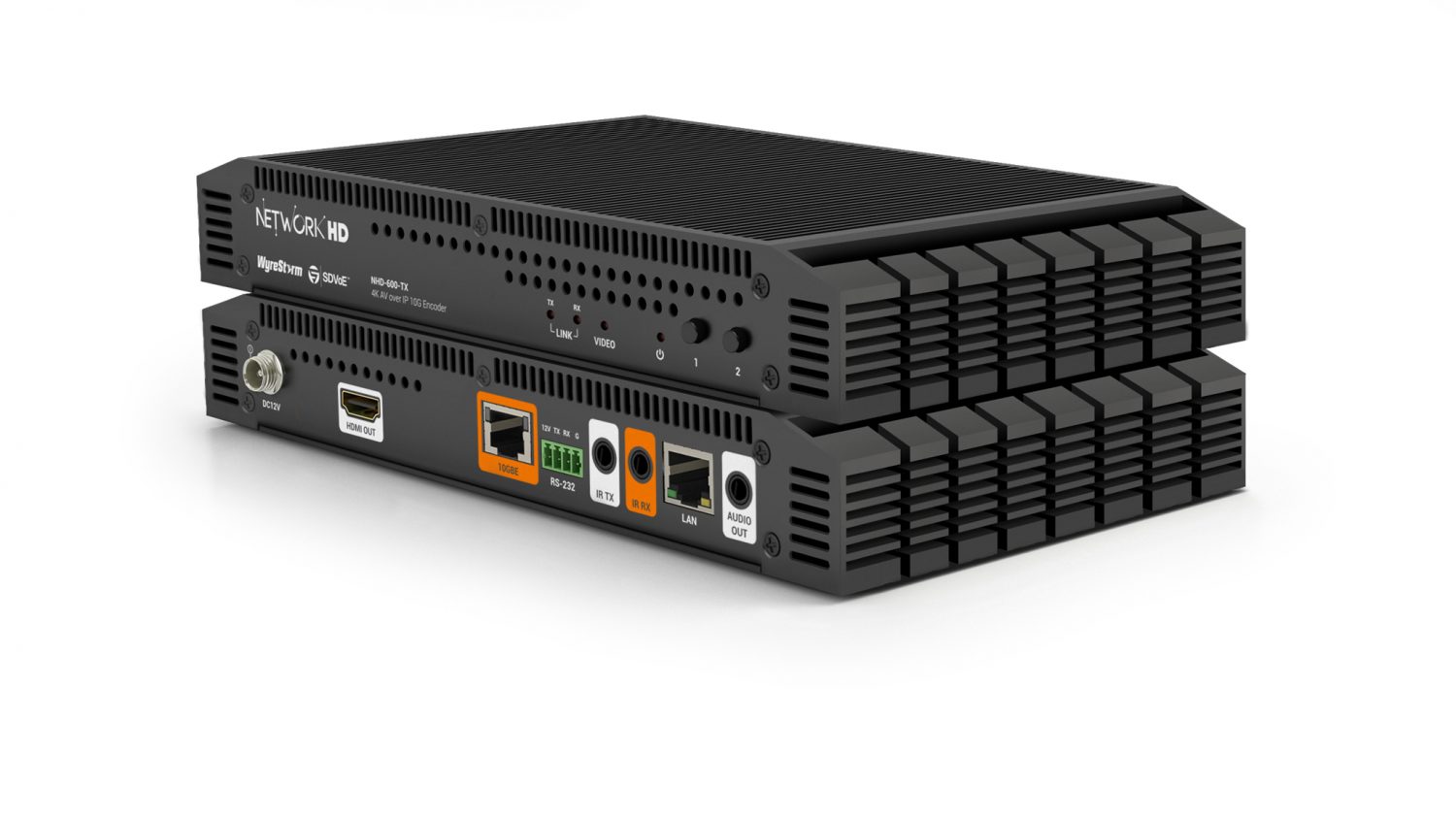 AV over IP solutions provider and new SDVoE member, WyreStorm is using ISE 2018 to showcase the latest evolution of its NetworkHD line with the soon-to-be-released zero latency 600 Series 4K HDR over 10GbE.

Expanding on WyreStorm’s goal of being the go-to AV over IP solutions provider with a multi-platform approach to AV distribution, the 600 Series completes its three AV over IP technology NetworkHD line, that includes the low bandwidth H.264 HD over 1GbE (100/200 Series) and the low latency JPEG2000 4K HDR over 1GbE (400 Series).

Representing a muscular solution for lossless AV over IP distribution for Pro AV and high-end residential applications, the 600 Series features HDCP 2.2 and all the bandwidth advantages of HDMI 2.0, with independent breakaway switching for increased functionality, audio embedding, de-embedding and down-mixing.  Full gigabit Ethernet passthrough also enables the daisy-chaining of network-connected devices, such as SmartTVs, Apple TVs and Sonos to offer extra benefits for residential applications.

WyreStorm says that there are a number of 4K over IP solutions that claim support for 4K HDR at 60Hz 4:4:4 over 1Gb, which might sound great but not when it is considered how heavily compressed a signal has to be to fit within that bandwidth. WyreStorm says the result will exhibit banding, blockiness and softening of the image as the lossy compression attempts to essentially generalise whole areas of the screen to fit the bandwidth.

If video quality is the endgame, WyreStorm says you can’t use a 20-to-1 compression 1GbE solution.  Only a 10GbE solution will give a mathematically lossless image and audio that are indistinguishable from an uncompressed source.