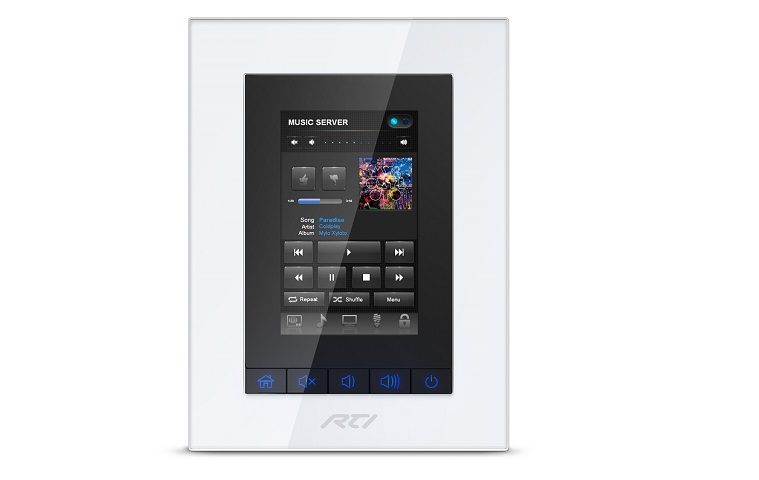 Designed for use in homes, classrooms and conference rooms, the KX3 combines the capabilities of both an in-wall touchscreen interface and a control processor into one customizable package.

“Our new KX3 in-wall controller is designed to give integrators amazing power and flexibility, while providing the user with an elegant, intuitive control interface,” comments Brett Stokke, director of communications, RTI.

“With audio intercom support and other advanced functionality, the KX3 will perform beautifully as part of a larger RTI control system, while commercial settings such as a classroom can take advantage of its built-in control processor for an incredible all-in-one solution.”

Key to the KX3 is the 3.5in colour touchscreen which is used for controlling all of the functionality RTI has packed in. There’s also a proximity sensor to wake up the unit as a user approaches and room status LEDs to indicate a room’s availability for a meeting.

RTI has also designed the KX3 to be completely flexible for installers. It has done that by including wired 10/100 Base-T Ethernet and wireless Ethernet capabilities for viewing video from network security cameras and performing remote programming updates.

The existence of the control processor also means that in the future users will be able to benefit from features such as direct two-way control via IP and RS-232, as well as an astronomical clock for time-based events and an embedded 2.4GHz Zigbee antenna for connectivity with RTI wireless remotes.

These features are set to be released by way of an upcoming firmware update, however.