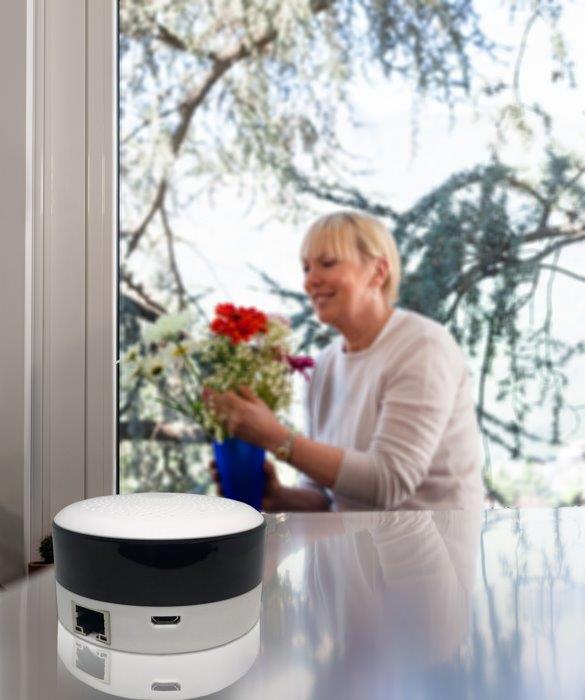 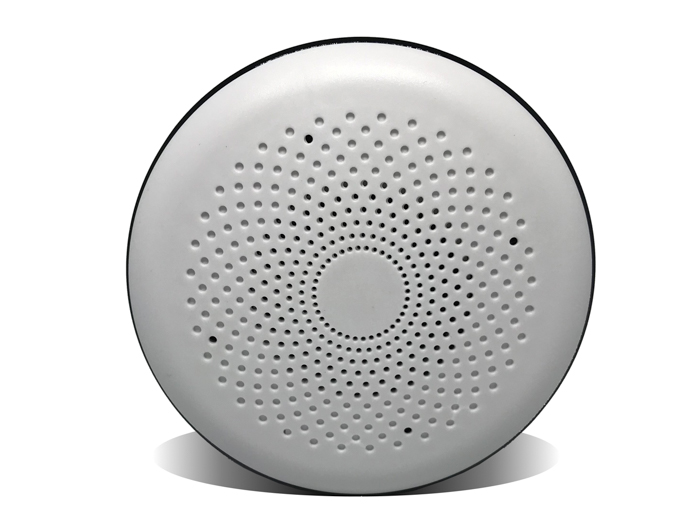 ProKNX has announced the launch of Aragon Companion, an offline voice-controlled home automation smart speaker with integrated special features that allow frail individuals who live alone to gain back independence and improve their life quality.

The assistant functions without need for an external Internet connection due to use of Arm technologies, and Snips, an AI voice platform that provides private-by-design voice technology. Snips facilitates voice control by using Machine Learning on-device. As the assistant deciphers naturally pronounced speech locally, it has no need to record what is said, or to transmit any data to the cloud.  The user has almost no learning arc to use the device successfully as the smart speaker understands commands given to it in thousands of different ways. Aragon Companion was chosen as one of the top three new smart home products in Germany for 2021 at the annual German Smarthome Awards.

Aragon Companion has been developed to simplify everyday tasks such as the manipulation of lights, blinds, heating, and various types of media. The smart speaker contains four powerful digital microphones that can be triggered from up to 10 metres away from the device. This adds to the safety of the resident as they can operate their smart appliances, and most importantly, activate the special ‘call for help’ function from anywhere in the home. As soon as the smart speaker receives a help request, it will contact a nominated person outside the home on their mobile phone.

With the addition of low-cost, unobtrusive motion sensors in the automation solution, Aragon Companion can use its on-device analysis capacity to build up an insight into the regular life patterns of a solo person. Using this information, the smart speaker predicts future behaviours and becomes alert to unusual deviations from the routine. A departure from standard activity prompts the smart speaker to query the status of the individual. In case of non-response, Aragon Companion sends an alarm message to the outside contact.

The offline functionality of the device offers two prominent advantages argues the maker. The smart speaker is highly reliable as it is not dependent on a connection to the cloud to continue working.  It also means that anything the user says is kept private. For seniors, this can be an extremely important factor in agreeing the use smart technology in their homes.

Although initially developed to be used in the KNX protocol, the product has been proven to be highly interoperable, functioning seamlessly with a variety of platforms, including but not limited to Gira, JUNG, and IPBuilding.

The speaker is designed as a plug-and-play installation and comes in a table-top version to facilitate retrofit integration into an already present automation system, or into a new build. Integrators can create an extensible and customizable voice control experience for their clients via the simple-to-use Node-RED, a graphical programming language which allows easy programming without classic programming skills. Node-Red is part of the Aragon Companion speaker software.