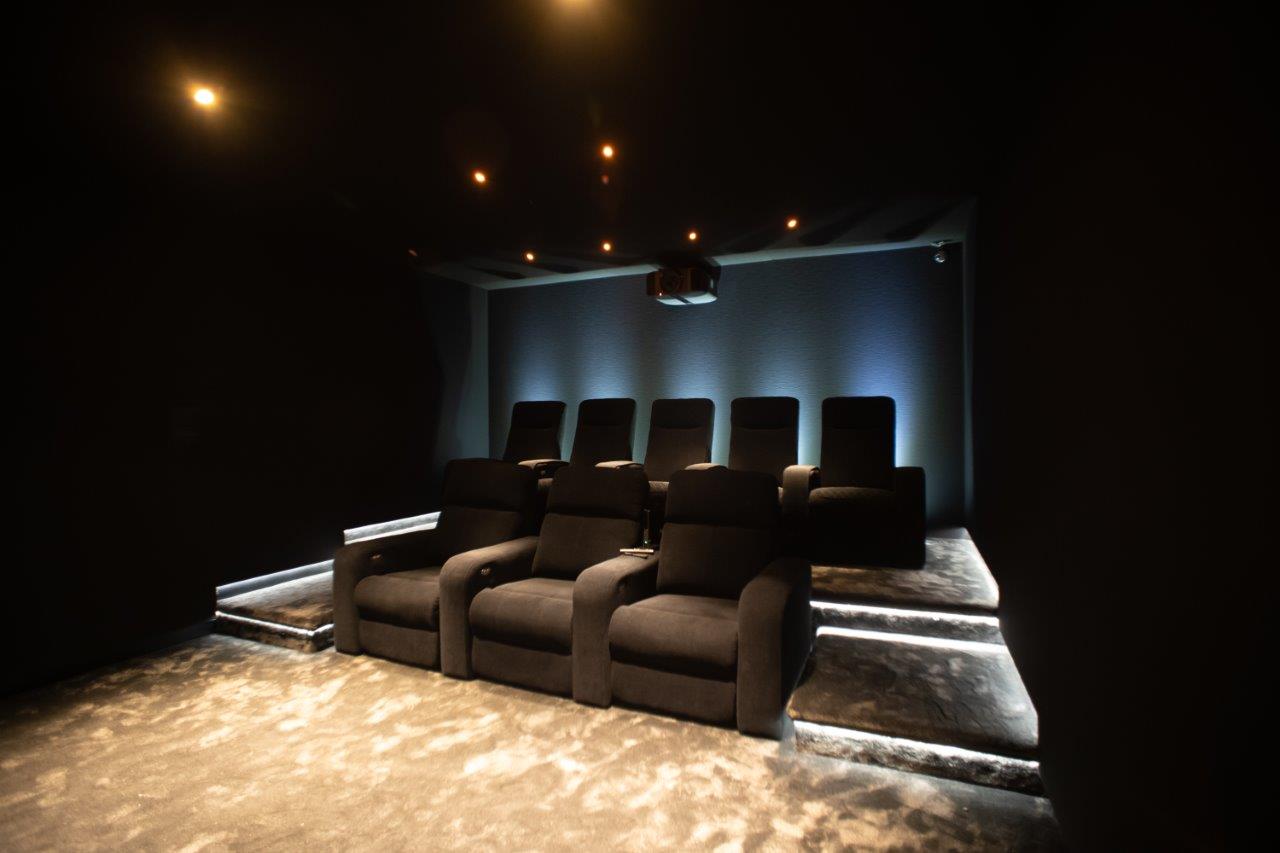 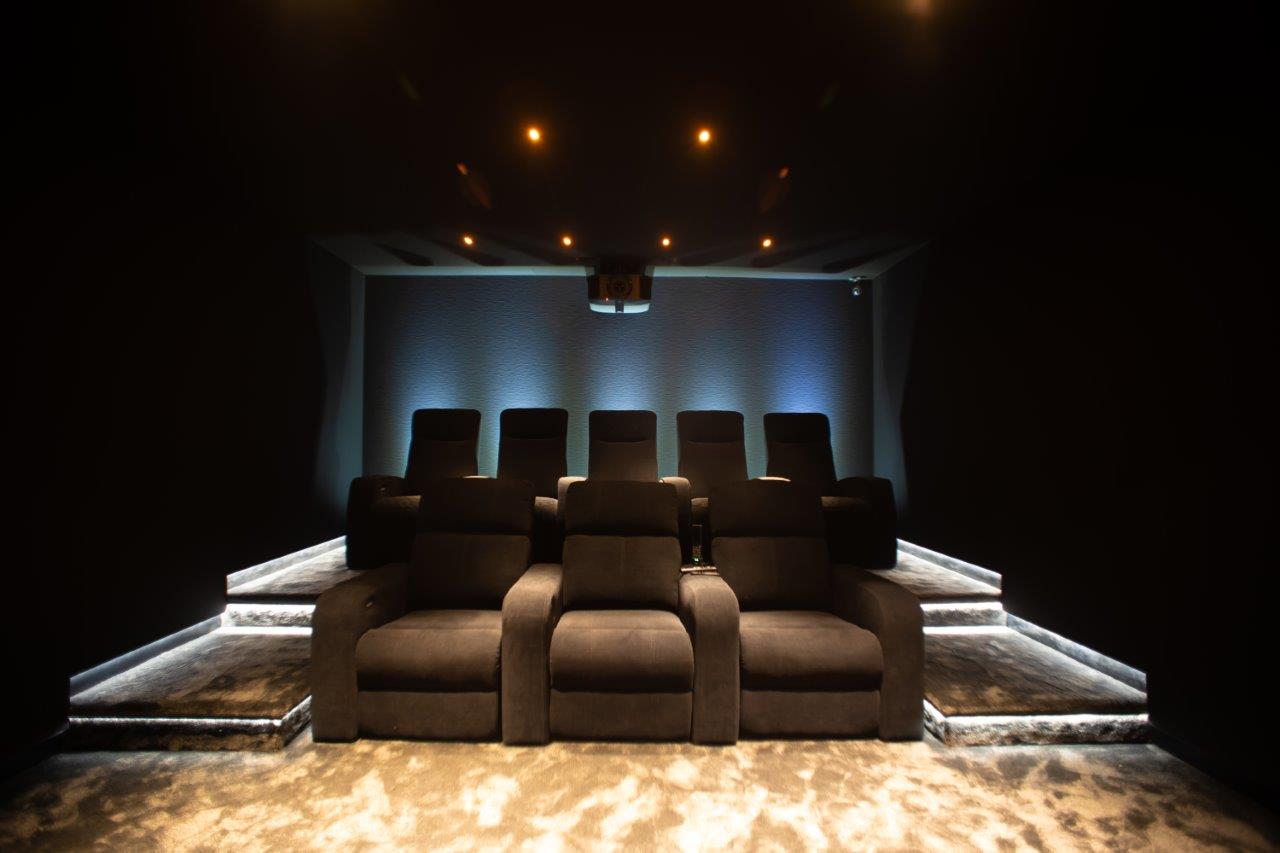 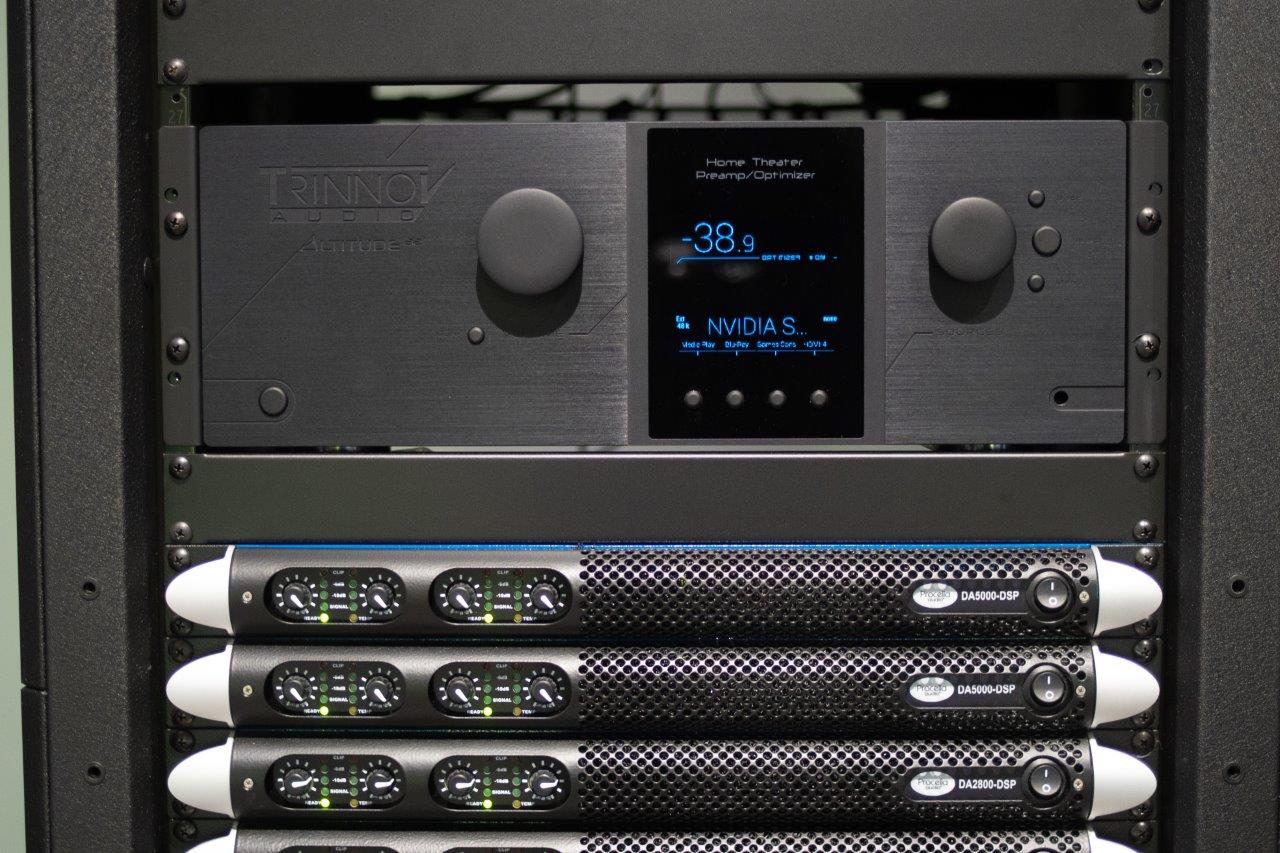 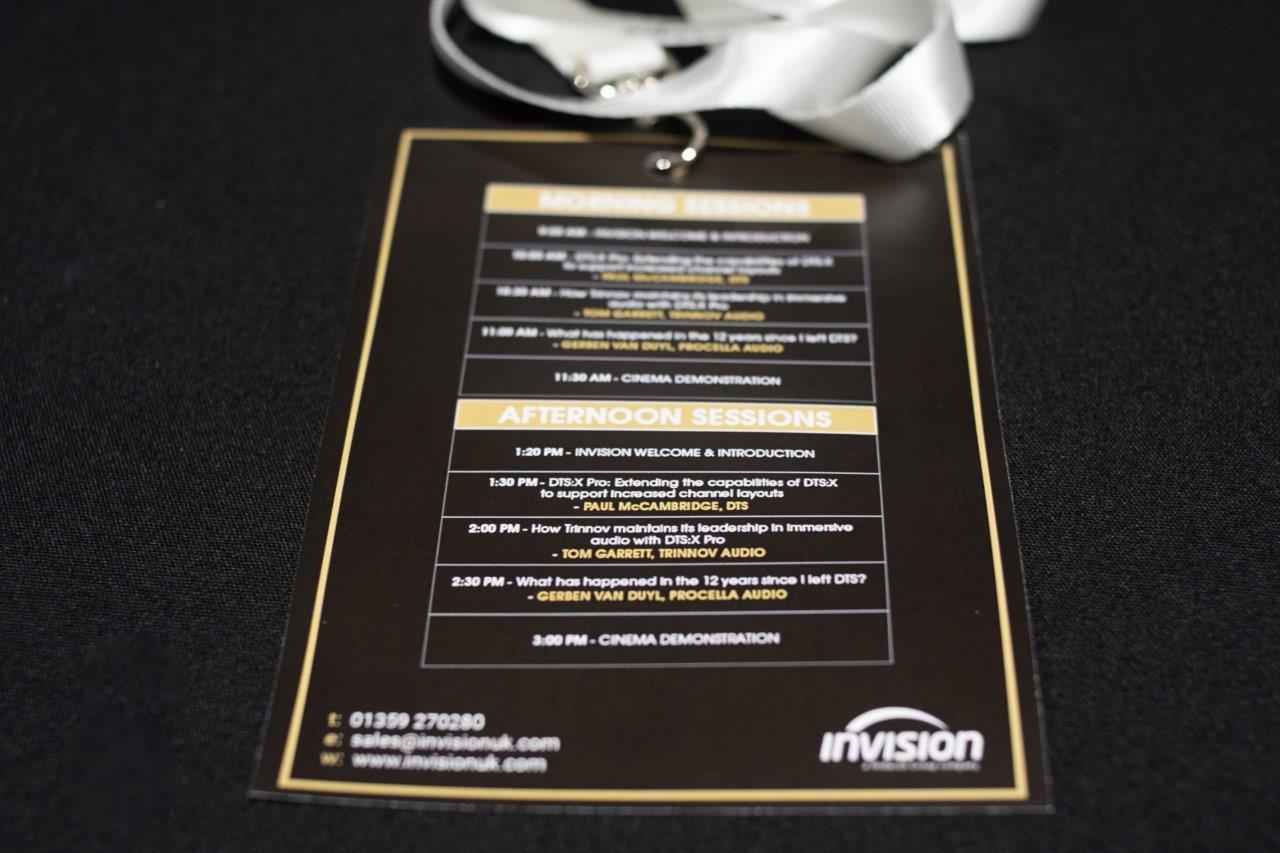 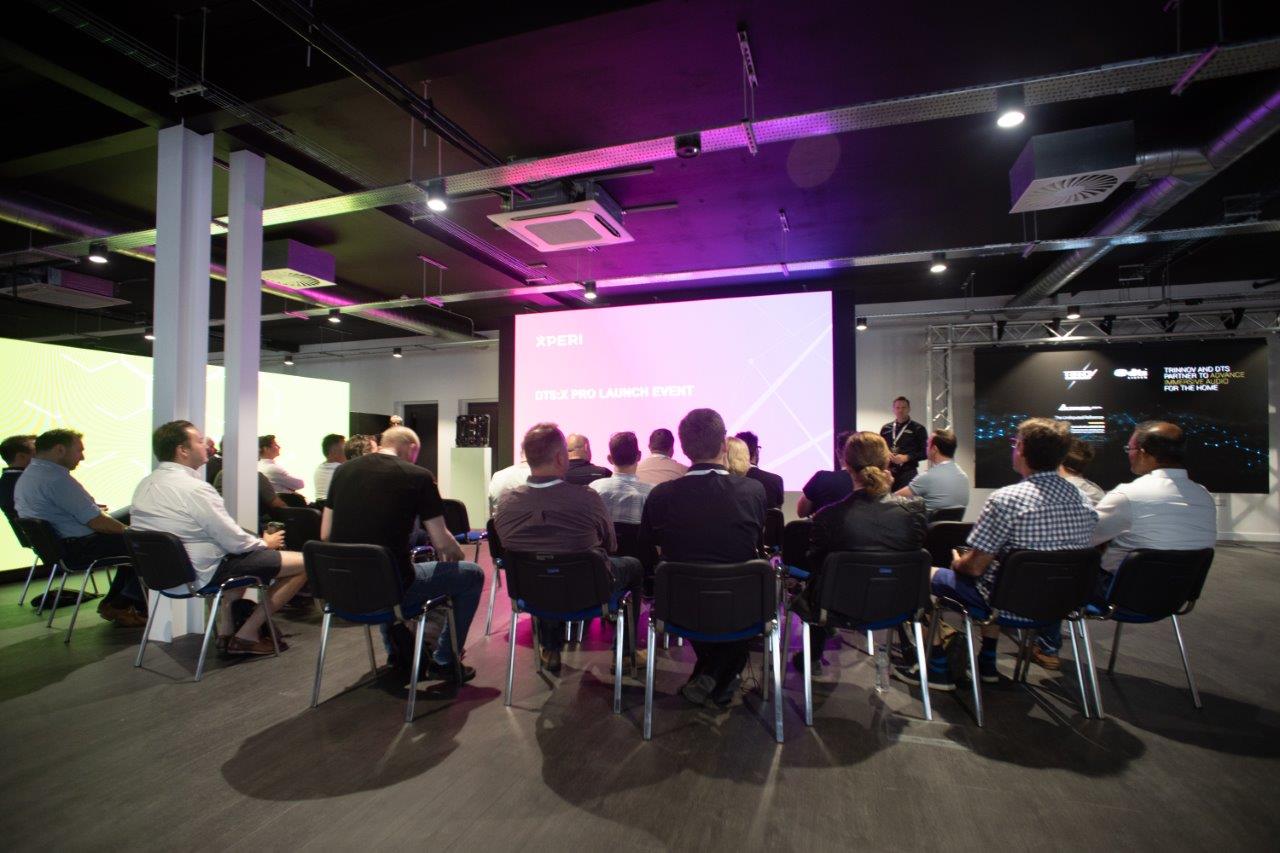 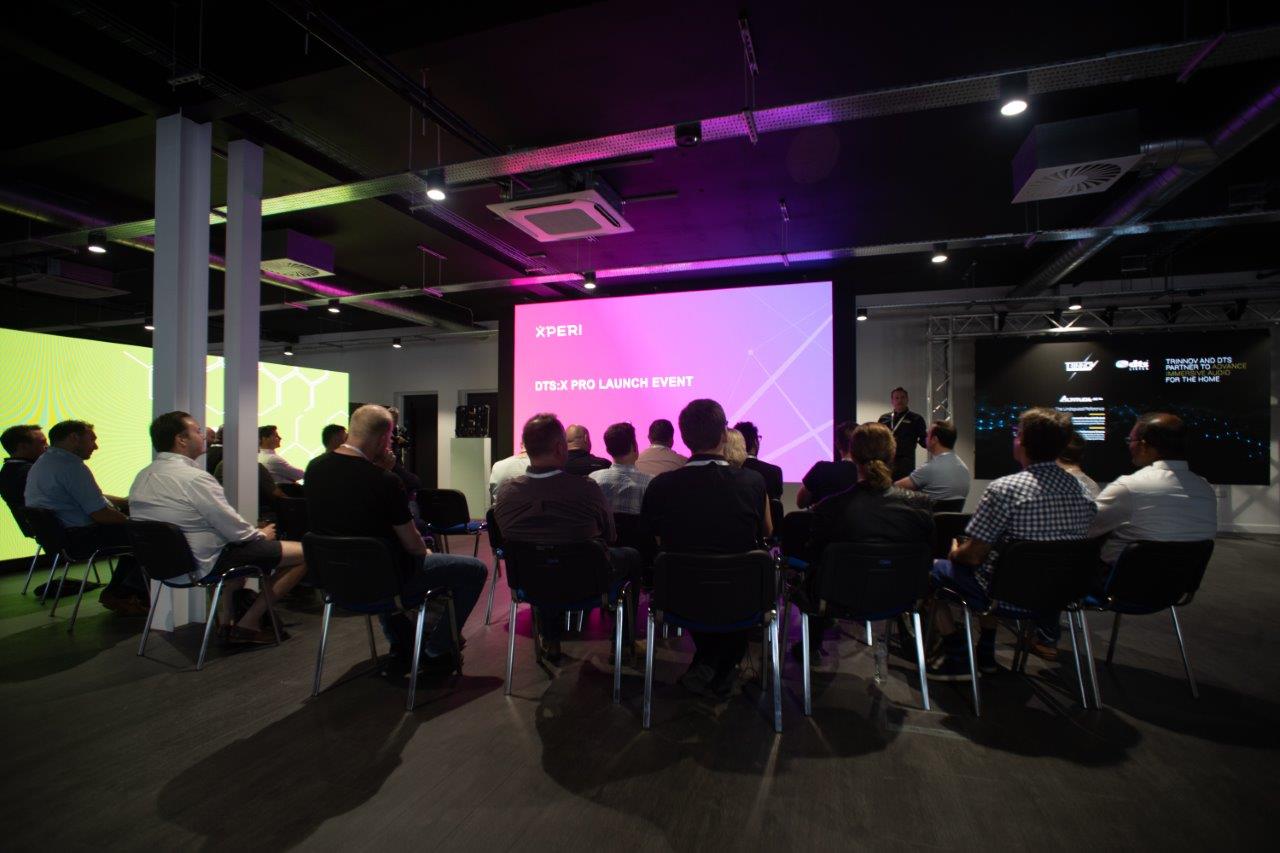 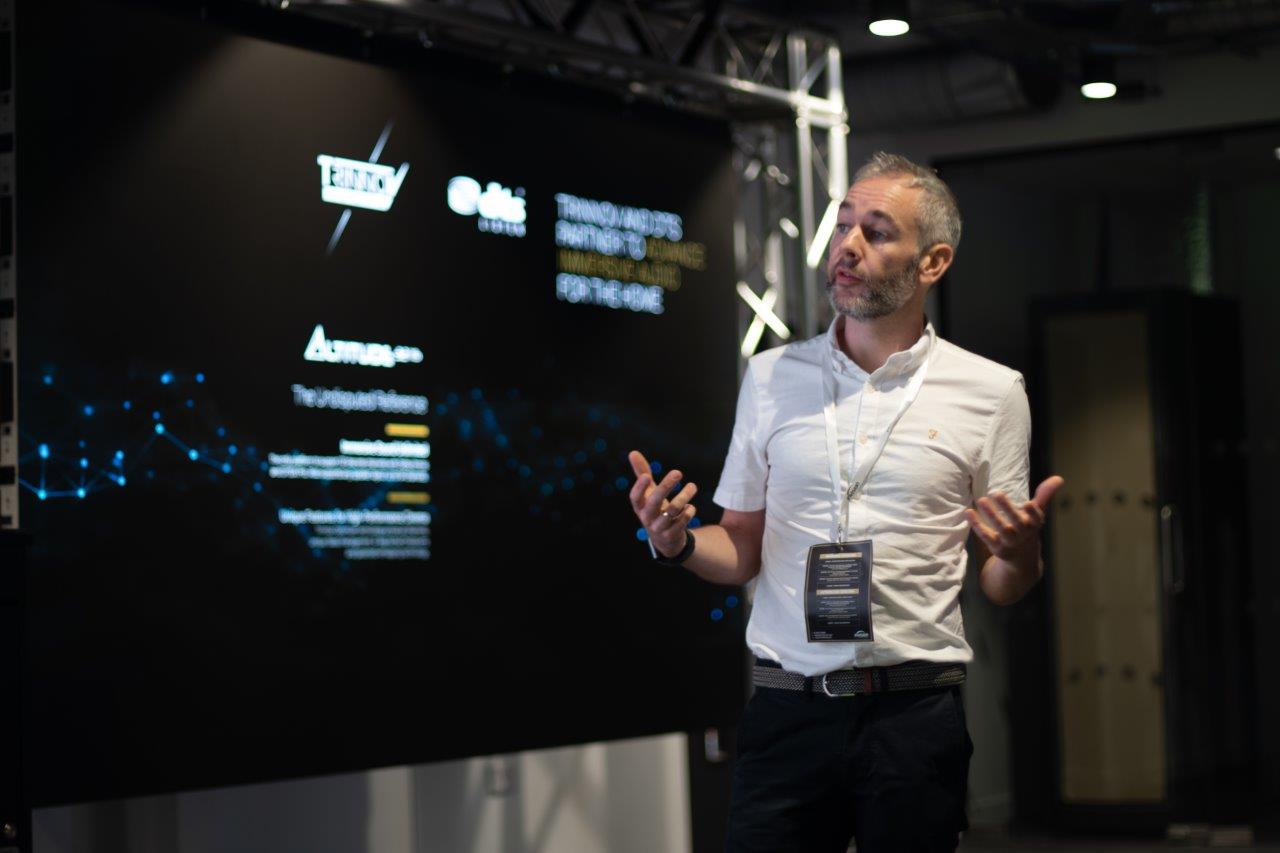 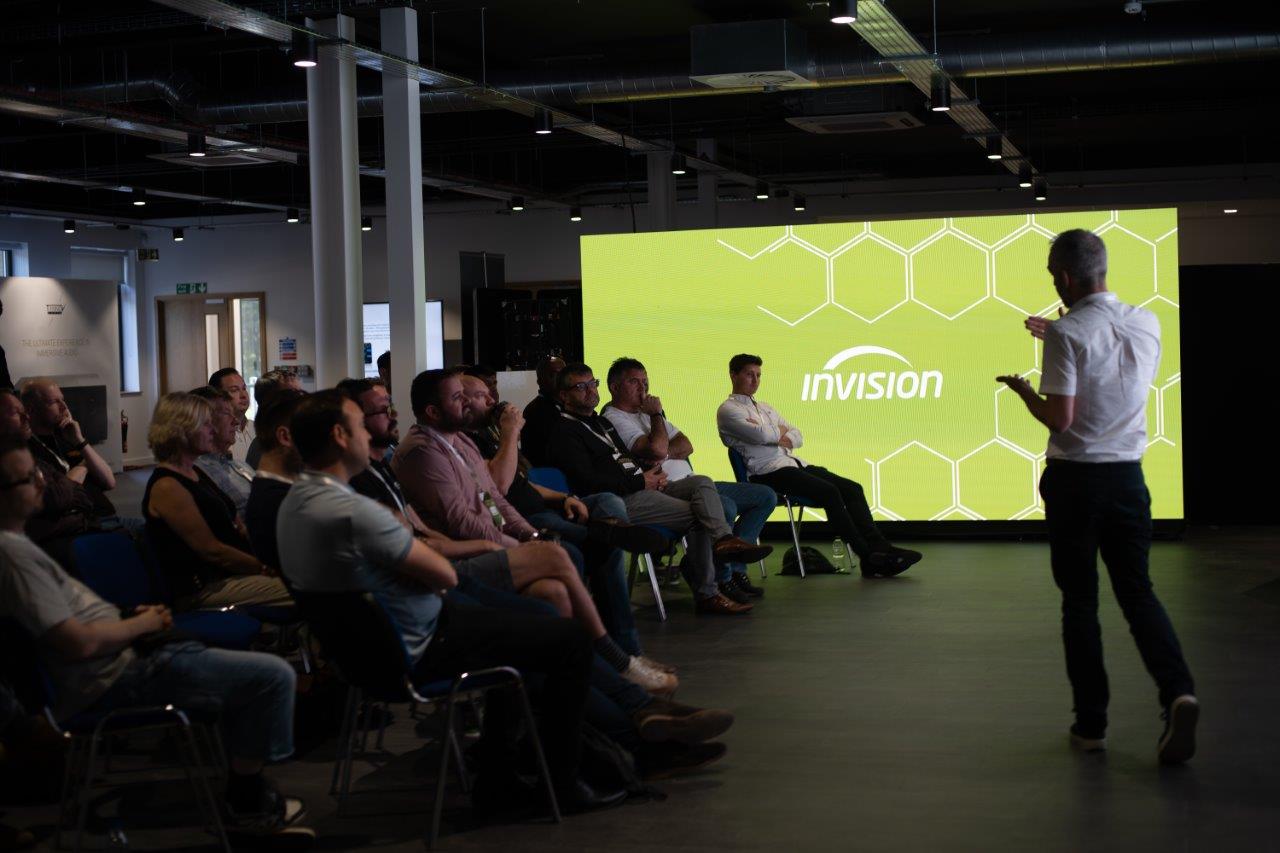 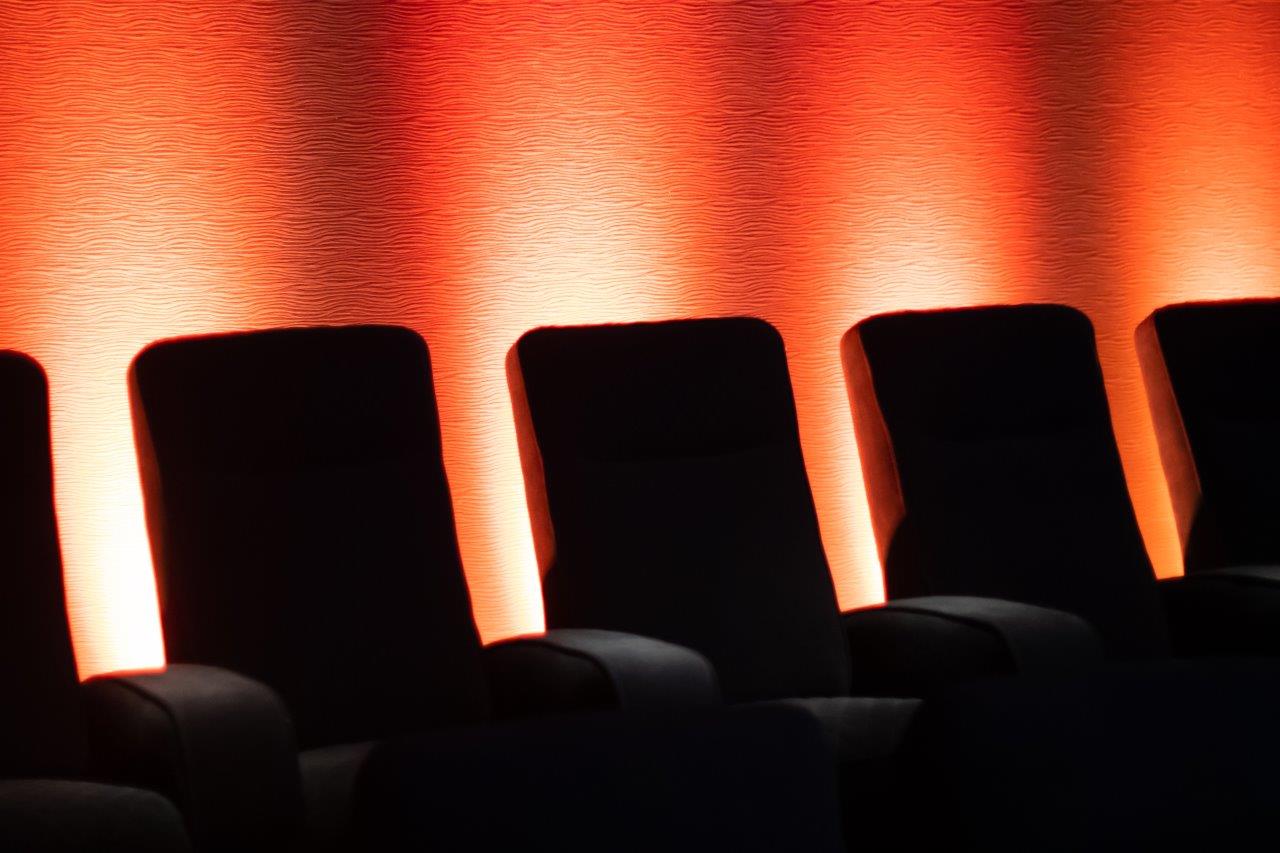 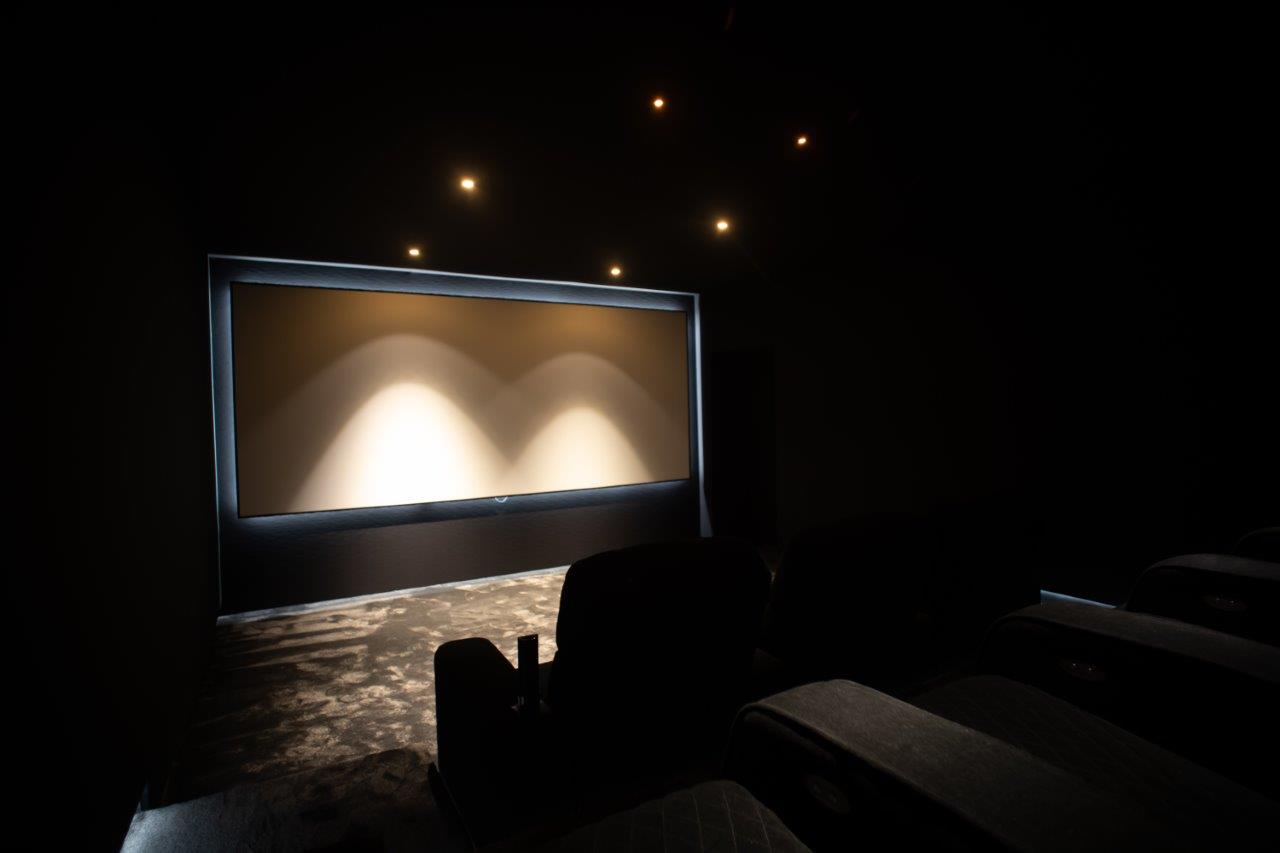 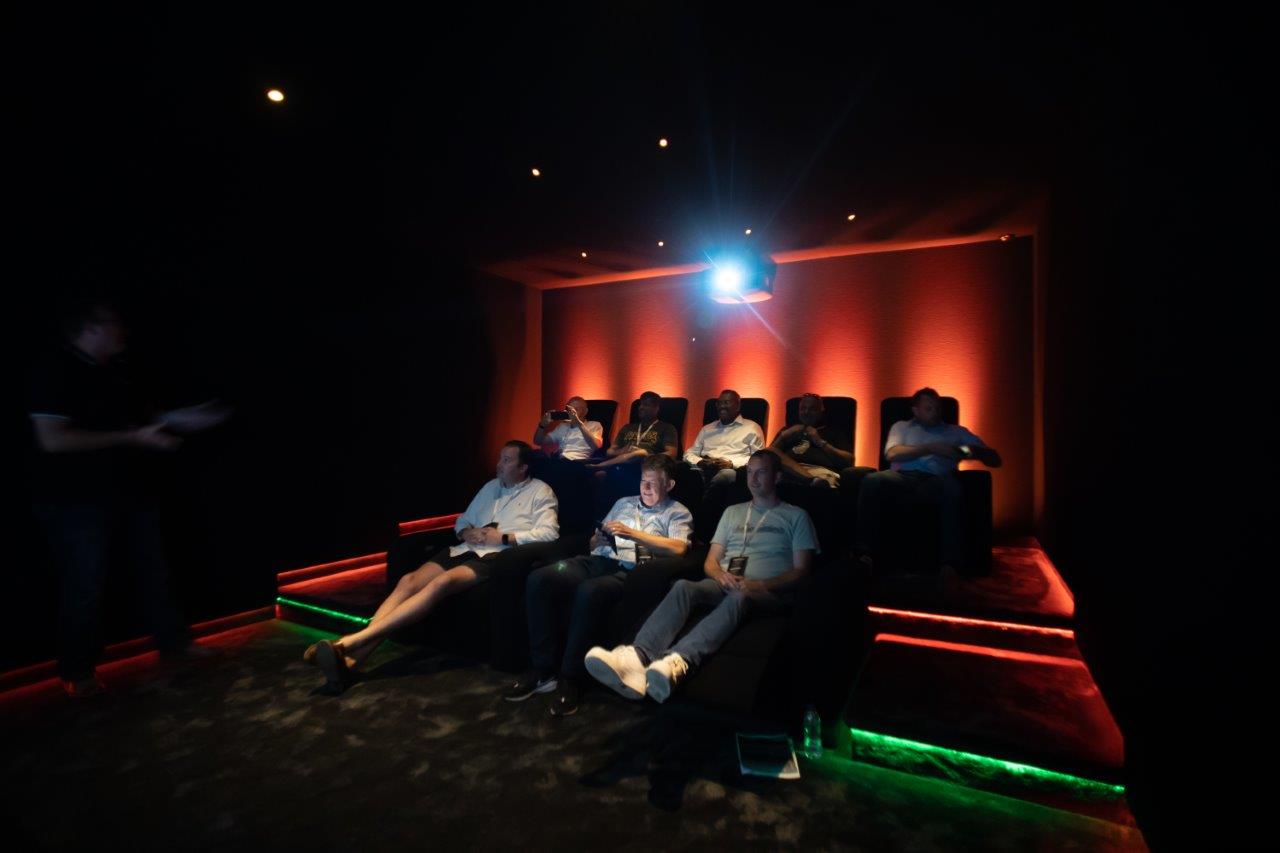 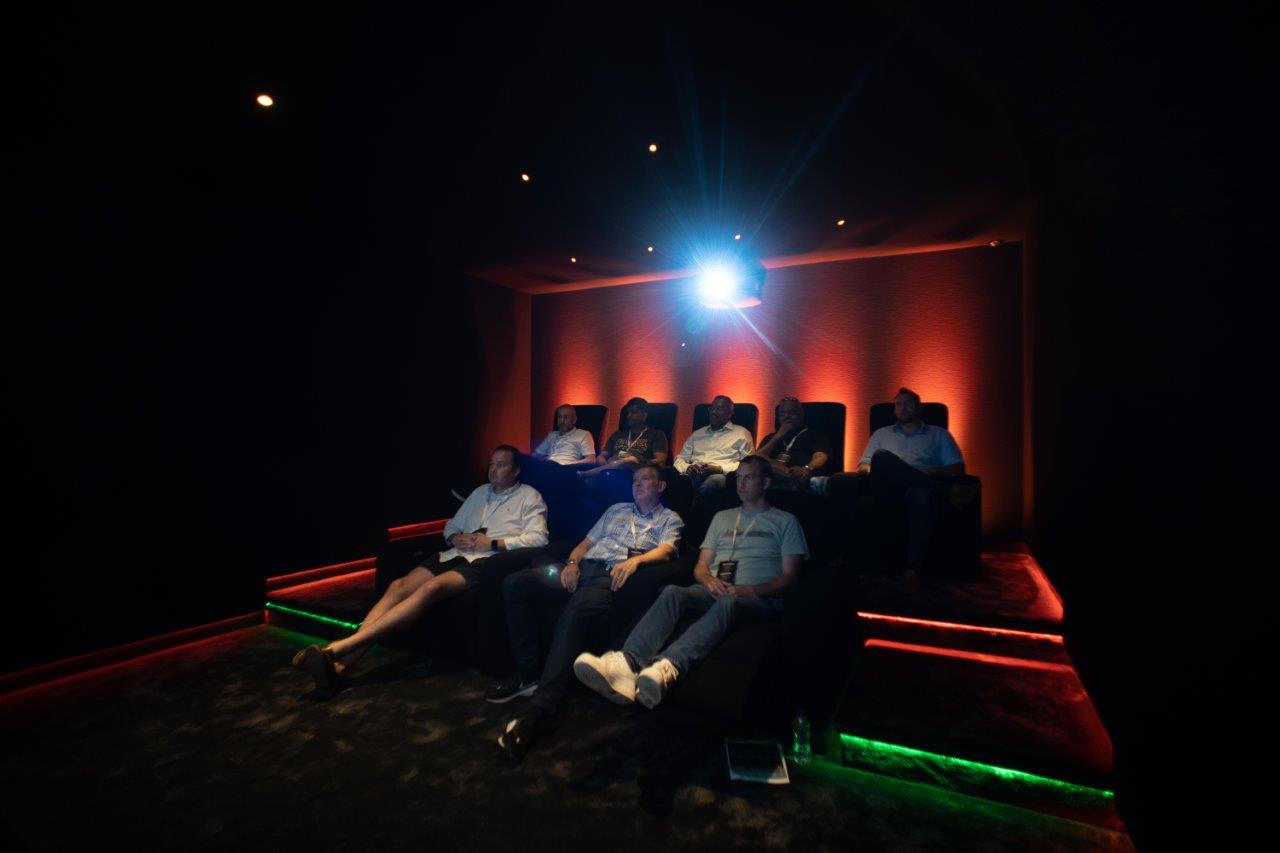 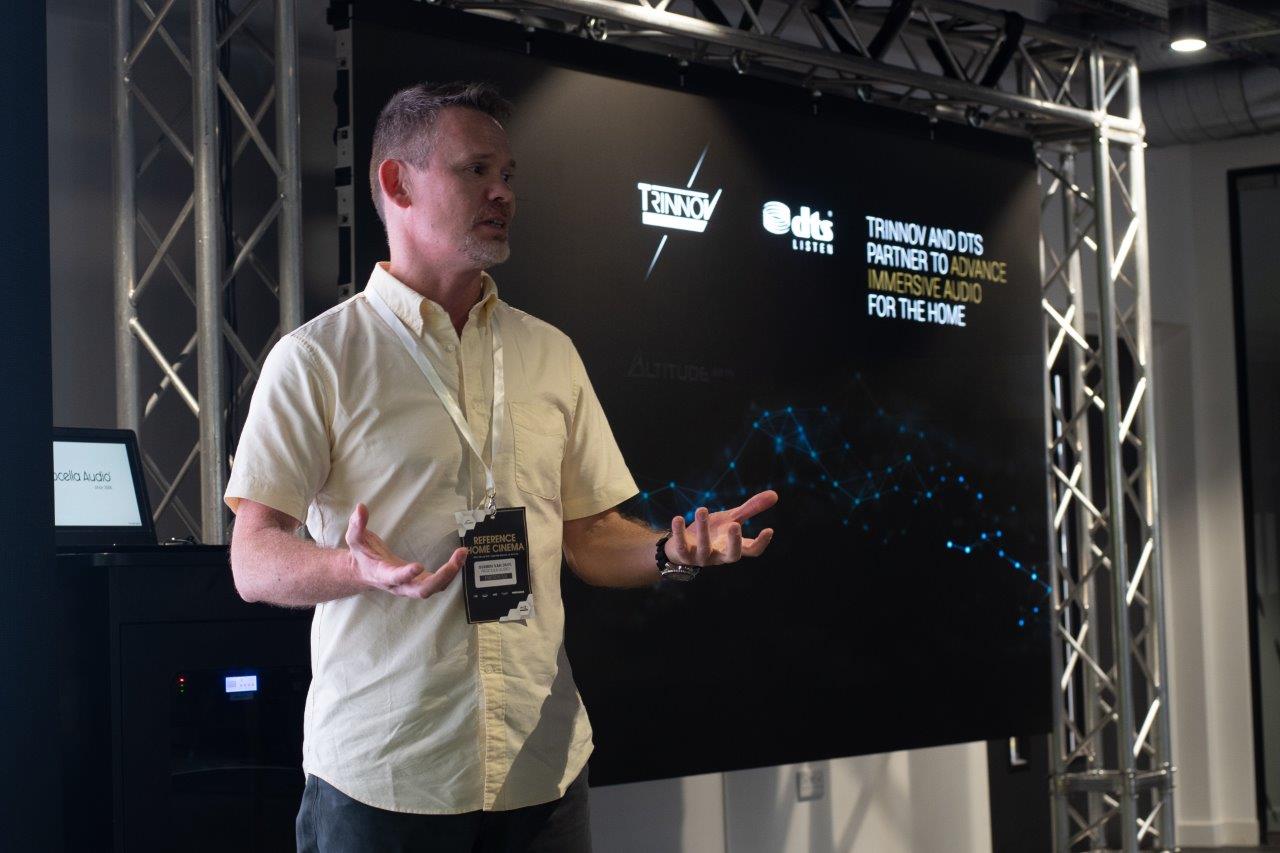 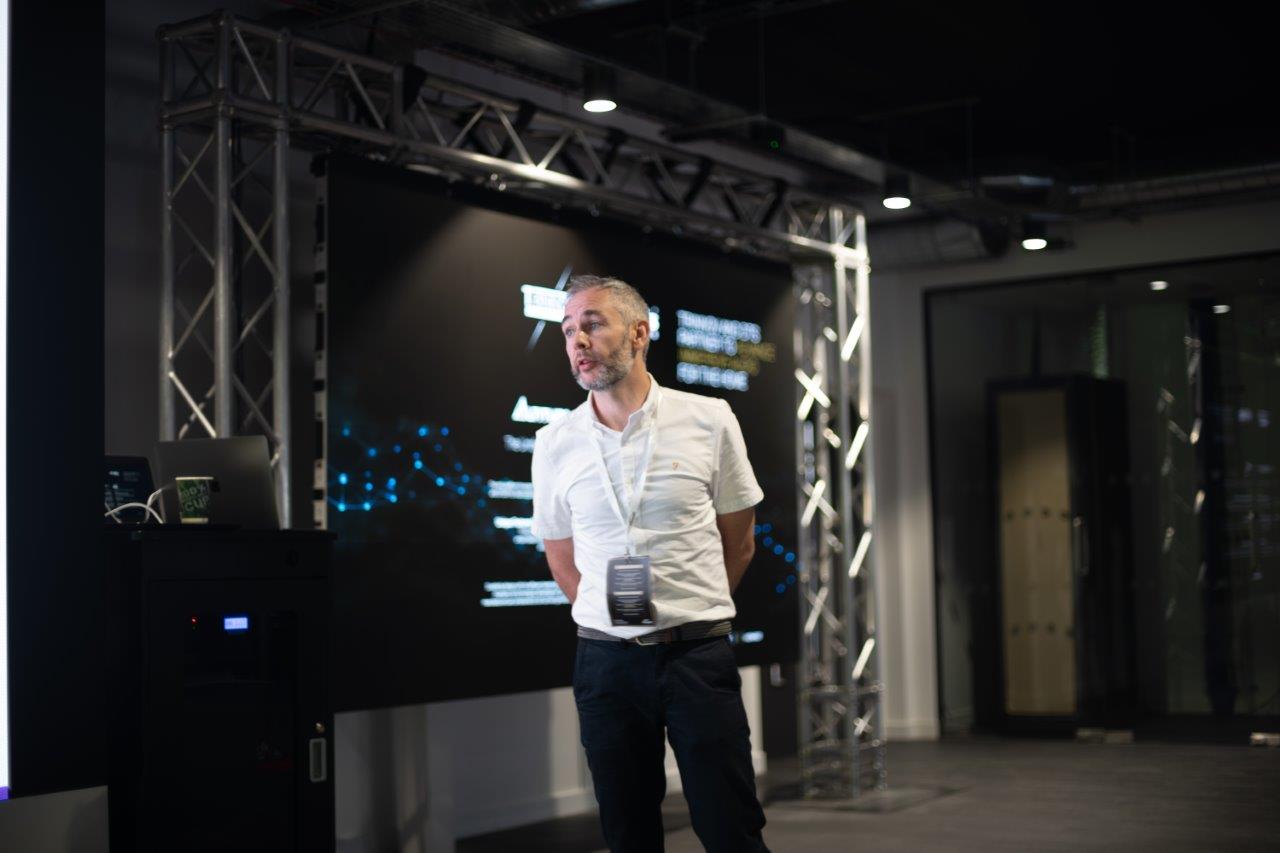 There is lots of news in the run up to the launch of this new demo facility. The UK is certainly holding its own when it comes to high-quality demo spaces these days, and Invision UK is the latest to get in on the act with this new cinema. It is housed within a new building, Innovation House, which is also home to other Midwich brands, such as PSCo.

Many of those involved in the construction of the cinema were on hand to guide installers through the technologies contained within, before visitors were treated to a full demo. Those included Gerben Van Duyl, Director, Procella Audio and Paul McCambridge, Director Sales Europe at Xperi Corporation, owners of DTS.

Gerben gave a passionate introduction to what Procella brings to the party, while Paul wanted the audience to understand the progress made on DTS:X with the new DTS:X Pro extension. DTS:X Pro is not a new format, as such, but it sits on top of the existing format and offers new advantages, including more channels, up to 30.2 (the company doesn’t like to recommend how those channels are allocated, hence its rather neutral 30.2 description of what is possible).

DTS:X Pro is not a new format, as such, but it sits on top of the existing format and offers new advantages, including more channels, up to 30.2 (the company doesn’t like to recommend how those channels are allocated, hence its rather neutral 30.2 description of what is possible).

Tom Garrett,International Sales Manager at Trinnov Audio, was also in attendance, and took the lead in the demo, underlining the processing power that his brand brings to the cinema.

The Trinnov drives 26 Procella speakers in 11.4.8 configuration, and visuals are supplied by a JVC DLA-N9X projector with a Screen Innovation Zero Edge screen. The audience can enjoy the show seated in two rows of Home Cinema Module’s comfortable seats.

The is the very first demo space of this kind Invision UK has had, and it has been a while in the making – a total of five years, with three different locations considered over that time.

Ian Mulry,Manager of Technical Sales and Customer Support at Invision, deserves a lot of the credit for overseeing the project and pulling it all together. Ian will be the first point of contact when setting up visits to the space.

EI was particularly keen to experience the cinema, as it was described earlier in the day by Gerben as a ‘sister system’ to the CEDIA HQ cinema (which we carried a case study on a while back). Gerben argued that, if anything, there are a few more bells and whistles on the Invision one. Stand by for a full case study on the new cinema, but for now, how does it perform?

The demo consisted of a few demo discs showing off surround sound, a few shorter features offering a good chance to experience the audio capabilities of the room, and a barnstorming scene from The Martian where the hero attempts to take off and dock with the awaiting mother ship.

It was a blistering hot day when EI attended, and naturally you feared if the air con could cope with a room full of people. It did, and it did it impressively quietly. The room’s construction has also clearly had top dollar spent on it; no sound gets in or out of the room when in full flow. This is completely necessary, as there is office space right above the cinema.

In performance, the cinema is very detailed in every aspect. With loads of power, it can play at genuine reference levels, but there is bags of control, so the audience does not feel like they are being beaten around the ears.

Audio placement around the cinema is strong, with no jumping between channels – just smooth panning in the same way the ears perceive sound out in the real world. Visitors were impressed with the performance, but many were keen to hear the cinema perform in other configurations with less channels to get a feel for how this particular combo of products would translate to different cinema sizes and types. As luck would have it, the team says that this is the next task, diving back into the Trinnov to create different scenarios for installers to bring customers in and experience.

An impressive effort all around, and a very big step for Invision, which went from having no demo space at all, to now having such a high-spec one. Look out for the full case study soon.