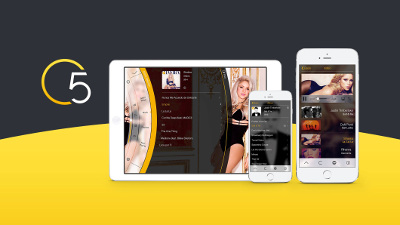 The Dawn Of Creation

Creation 5 Media App developers say Creation 5 is the only App in the world to offer compatibility with all these services and also offers five other key media features: music, radio, video, music streaming and photos.

Creation 5 will automatically find and connect to any DLNA or Chromecast device on the network, allowing users to browse local content stored on a NAS and also create playlists from different servers.

Users can enjoy local videos, local photos and videos directly from an iOS device onto the Big Screen. Developers add that the Xbox One also works well as a DLNA player and Creation 5 manages it perfectly.

Users of Chromecast can cast away with Creation 5 as music, radio, video and photos can all be sent to a smart TV directly from an iPhone or iPad (or a NAS) giving installers a powerful tool to demo to customers.

Creation 5 was originally designed for the Bang & Olufsen BeoSound 5 and Playmaker back in 2012 and was received so well by Bang & Olufsen customers – and the dealers that install the systems – that it was developed as a stand-alone App.

The system is available for the iPhone, iPad and iPod and as of as of January 1, had been downloaded 535,000 times.

An Android version is currently under development with an expected Spring/Summer 2015 launch.