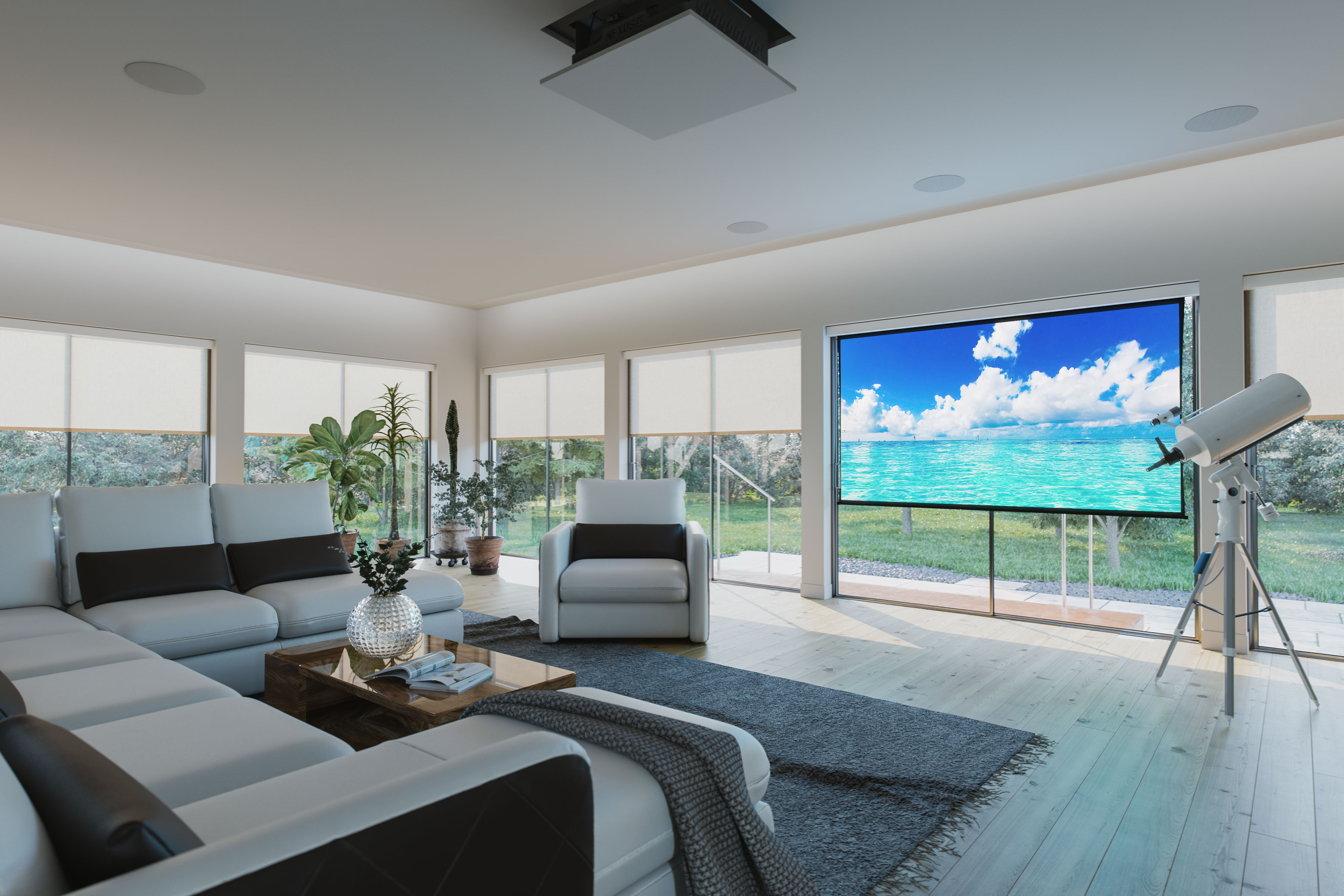 Screen Innovations first released the Solo range of projection screens back in 2017, and they were an instant success. The range was available in a variety of sizes, offered the company’s Zero Edge technology, and allowed for completely wireless operation – no cables needed. Now, the company is back with that range’s successor, the Solo 2, and it promises to better than ever.

In order to create the successor to the Solo, Screen Innovations went back to the drawing board. It had to completely reengineer the range in order to improve it, and while the Solo had the smallest cassette ever made to ensure it fit into the architecture and design of the environment, the Solo 2 goes even further. In fact, the cassette design of the Solo 2 is 17% smaller than the original, and is available in more sizes than ever before – up to 160in diagonal.

“The only thing that we’ve been doing for the last year is listening. Everyone loves Solo but wanted more size, more power, reverse roll capability, serviceability, and robustness. We are delivering exactly that with Solo 2, a completely re-engineered product,” said Ryan Gustafson, CEO at SI. “And by completely re-engineered, I mean absolute simplicity.”

While the cassette has been shrunk by 17%, Screen Innovations also managed to fit some new technology inside the Solo 2. That includes new power options, with users now able to charge their wireless projection screen using a new magnetic charger. This is similar to what Apple offers on its older Macs, dubbed ‘Magsafe’, although Screen Innovations’ design is all-new and ‘patent pending’. AC power options are now also available for those who don’t want to worry about charging the battery, and those power options include the choice between wireless (RTS) or wired (RS485) control.

While those updates are all welcome, they don’t offer much in terms of a better projection surface. Thankfully, Screen Innovations is offering a new range of materials for the actual Solo 2 screen itself. That includes the firm’s popular optical (ambient-light rejecting) material, and ‘Short Throw’ option; this makes the Solo 2 the world’s only motorised screen with an optical material specifically suited for ultra-short throw projectors. Additionally, Screen Innovations has included its white and grey materials, also rated for 8K projection.

Solo 2 pre-orders are open now, with shipping set to begin on April 2.