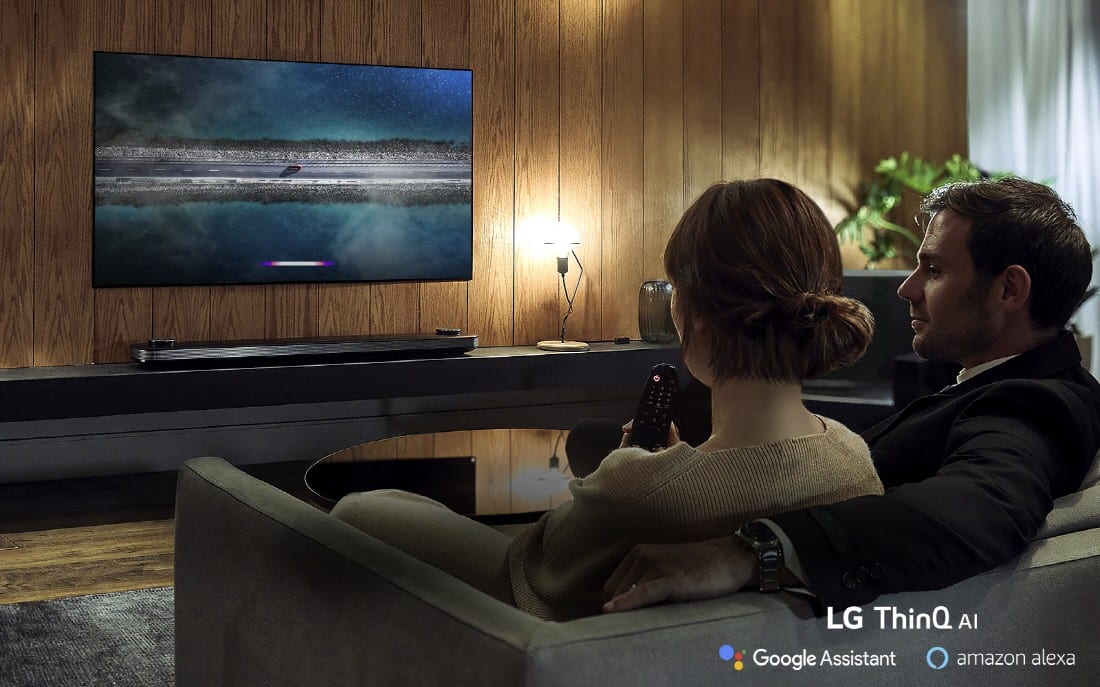 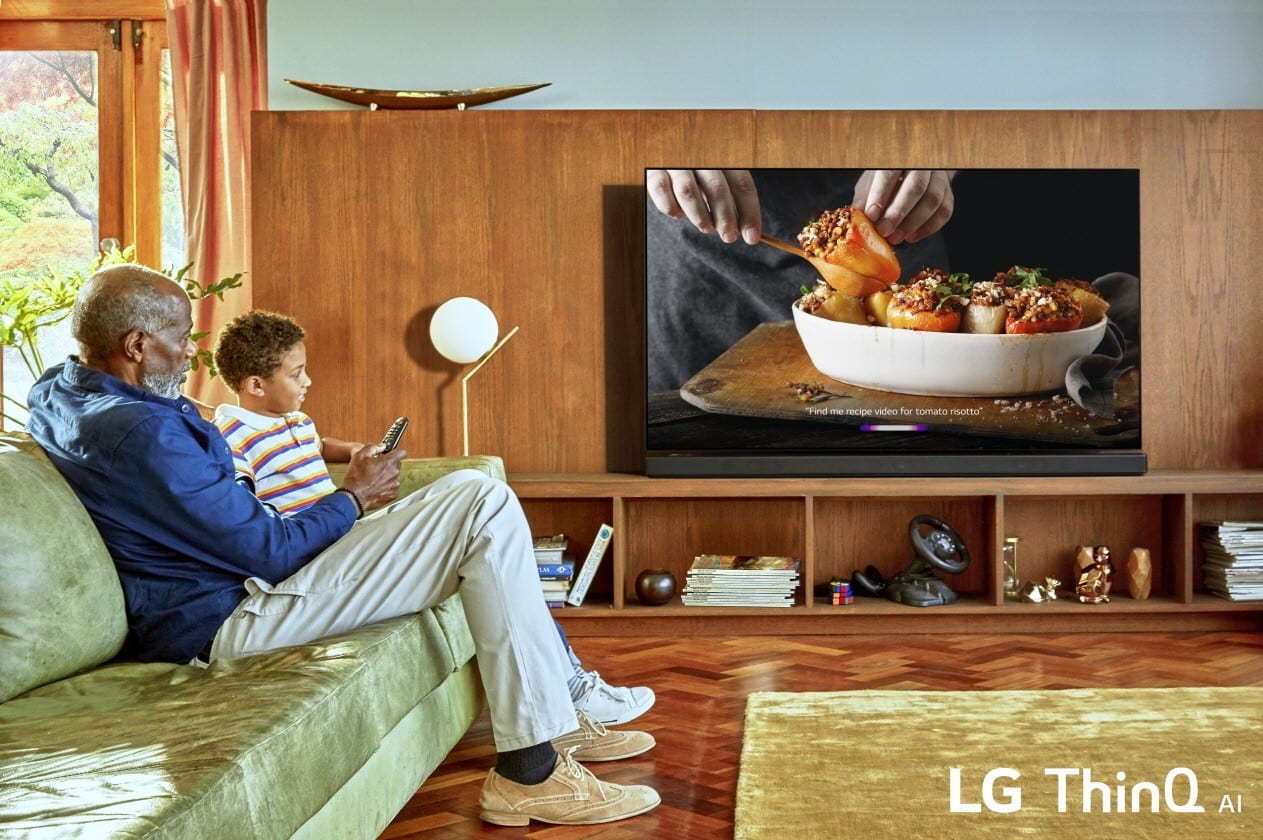 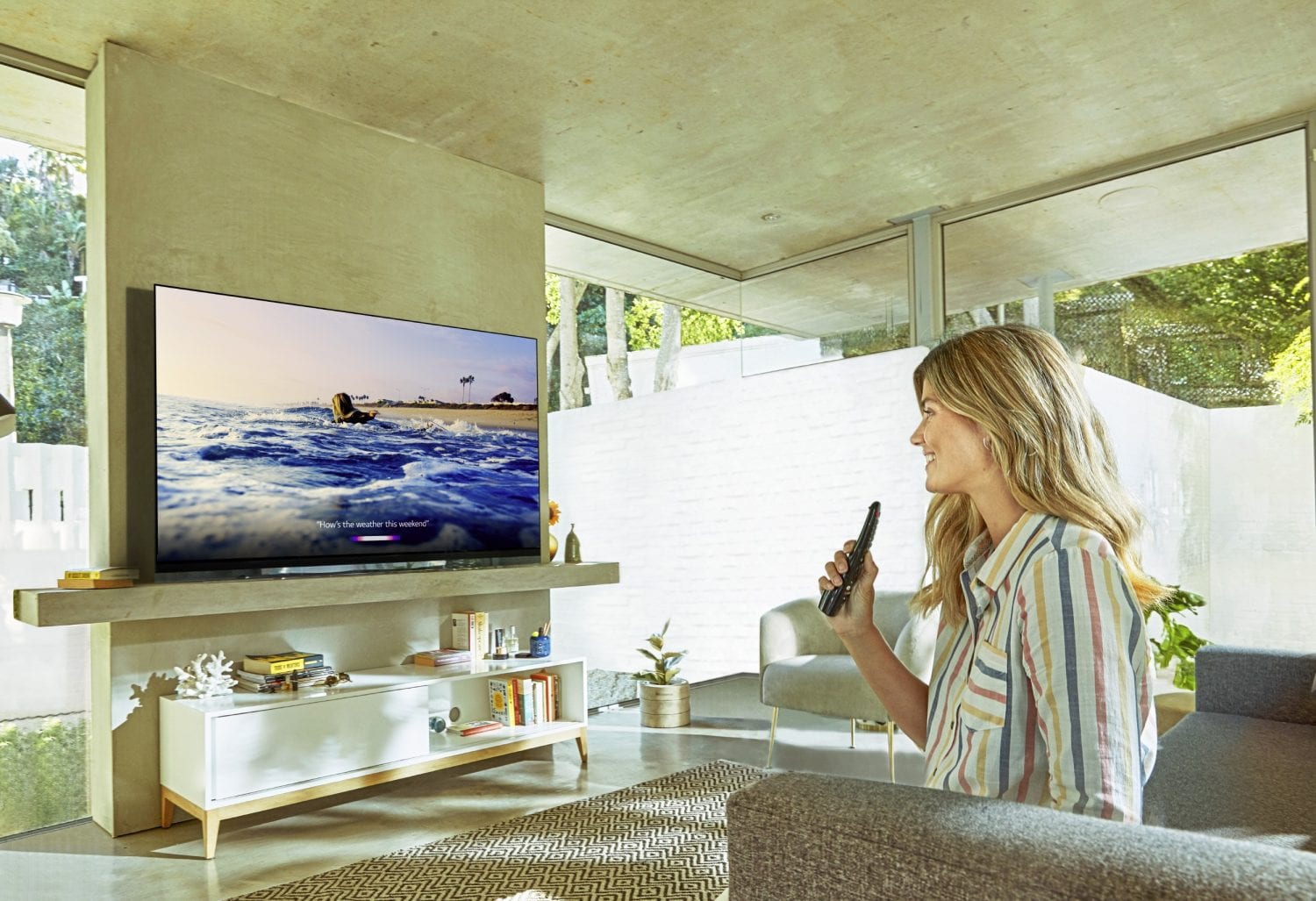 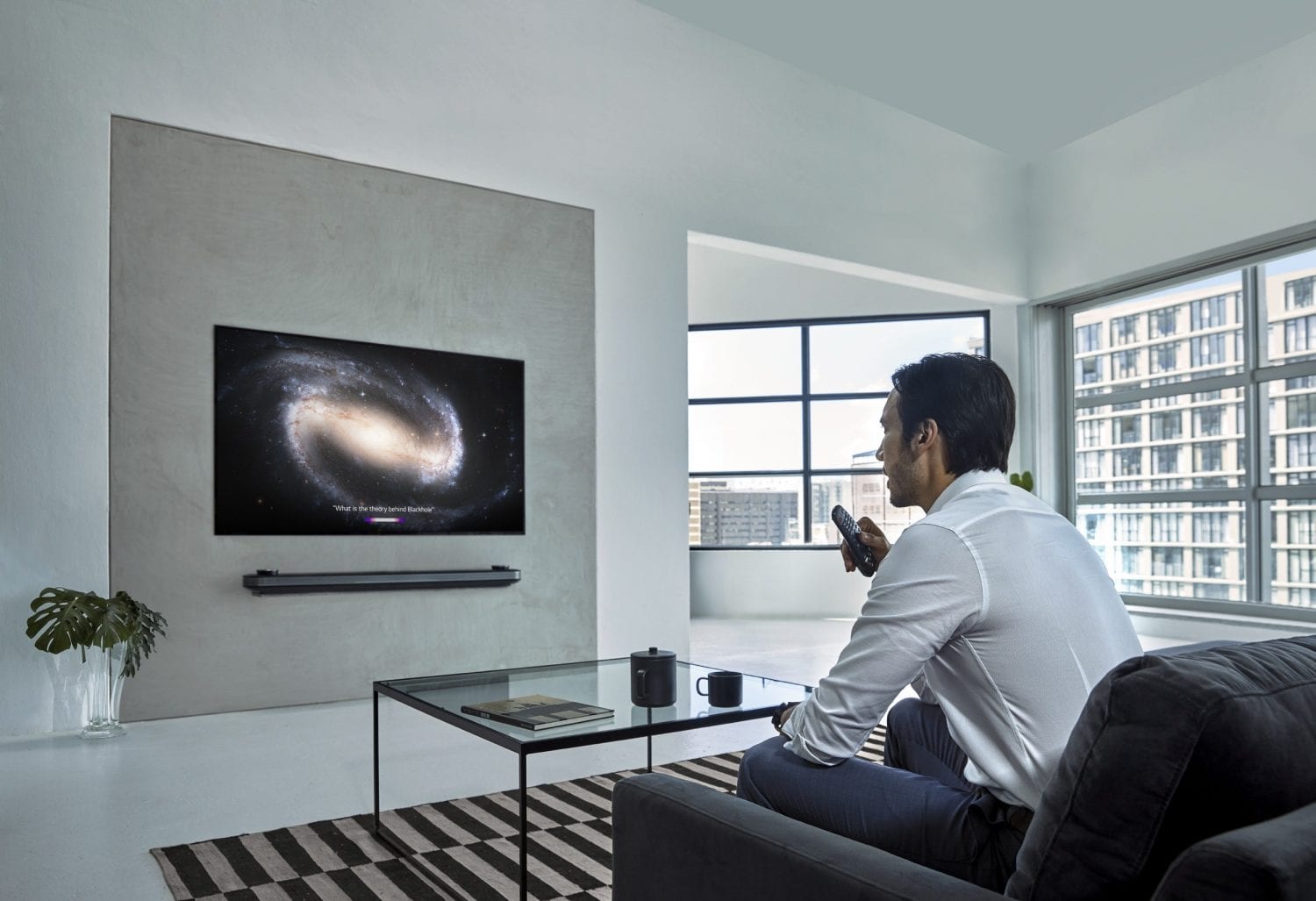 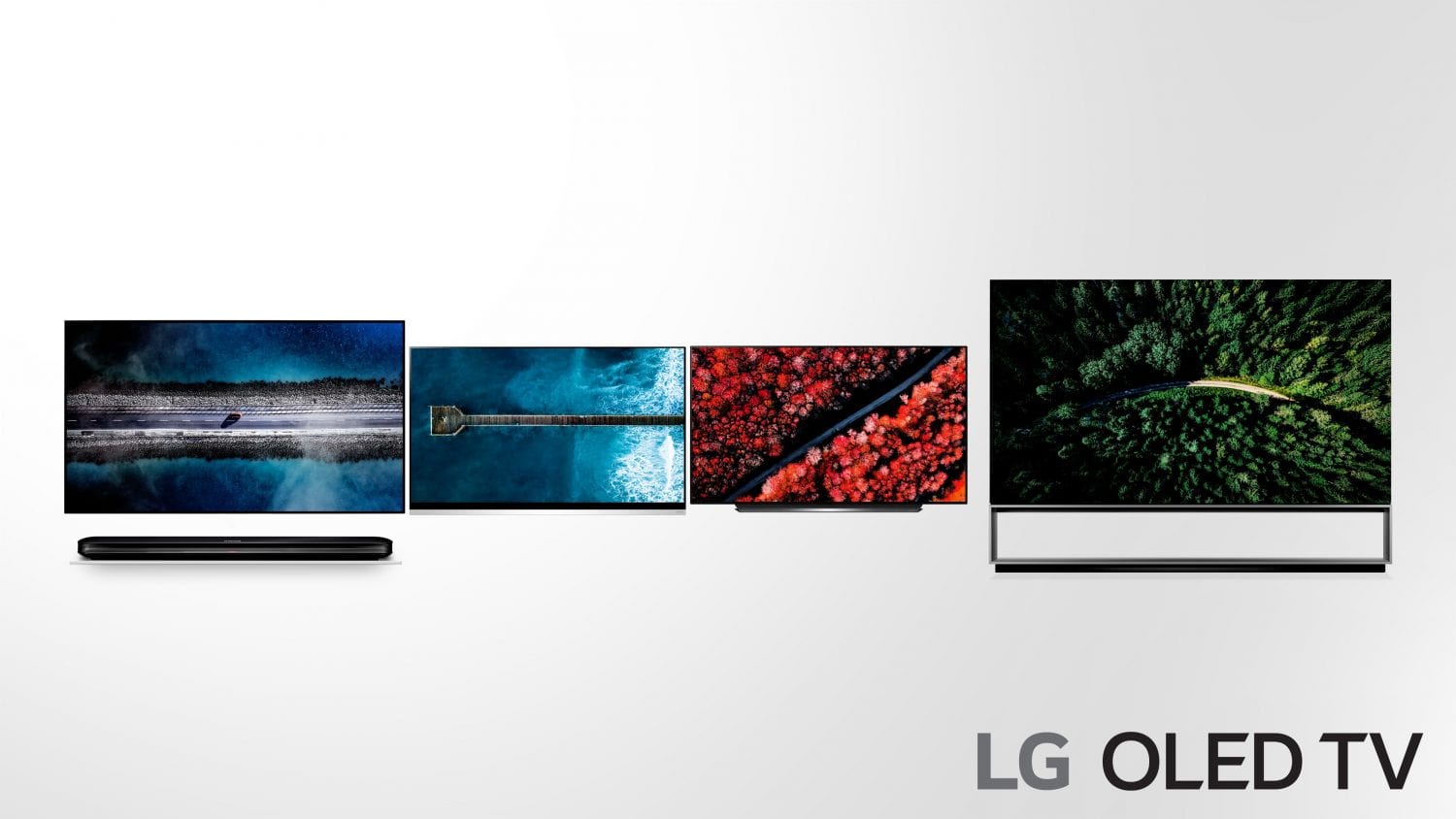 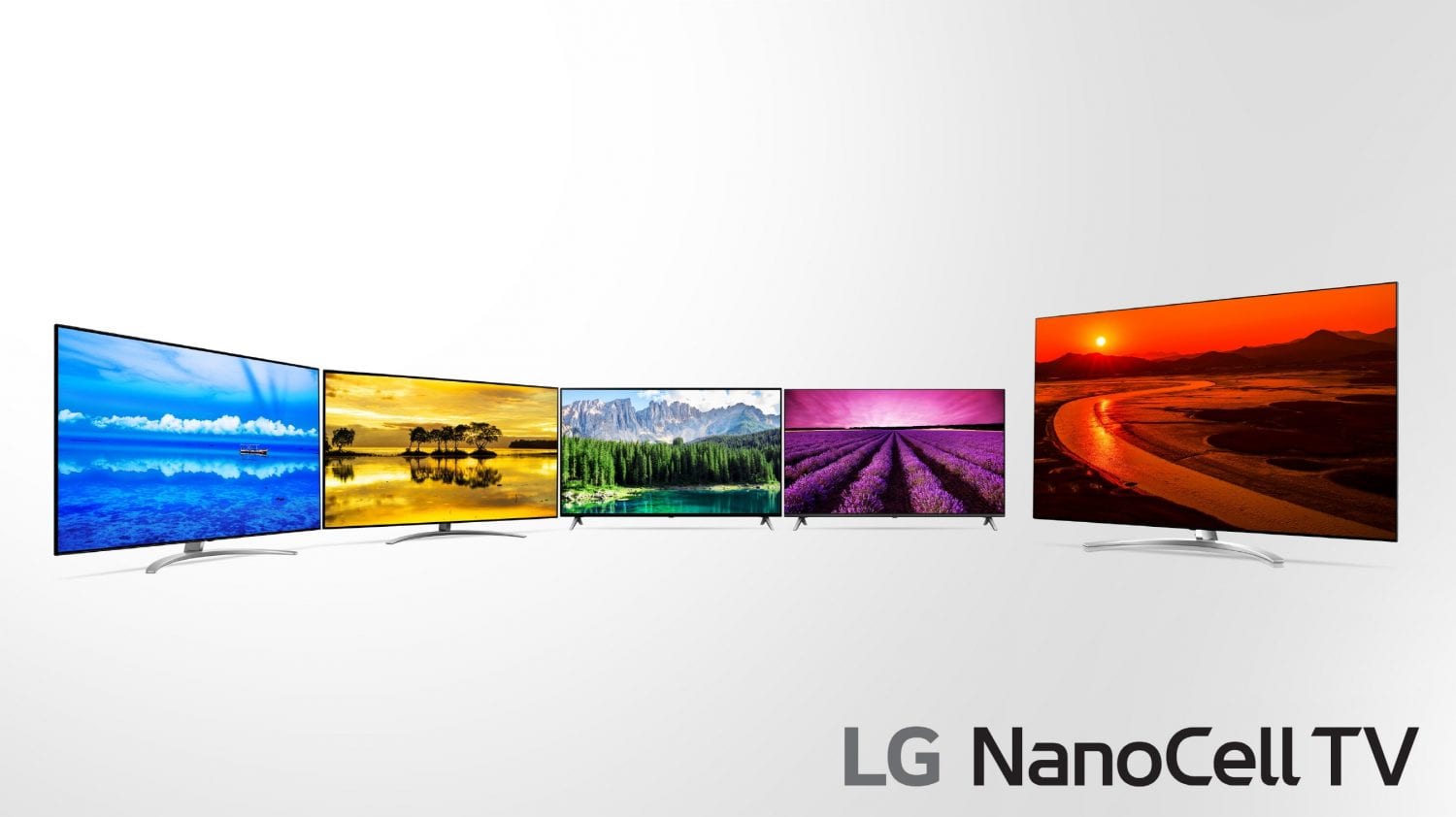 LG is ready to take on its South Korean rival, Samsung, in the battle for the best 8K TV. While Samsung beat LG to the market with an 8K set, having released the Q900R late last year, LG is finally ready to ship its own 8K TV to end-users.

Having first been spotted at IFA 2018 in Berlin, LG’s Z9 OLED will boast a massive 88in screen, which will thankfully still look sharp thanks to its 8K resolution. Samsung made its 8K TV available in three sizes, 65, 75 and 85in, but LG has yet to confirm whether there will be any other sizes in its Z9 range made available to the public. What is for certain, however, is that the Z9 OLED will carry a premium over Samsung’s Q900R TV.

LG’s Wallpaper TV, known as the W8, carries a retail price of £12,999 for the 77in model. That’s significantly more expensive than Samsung’s 75in 8K QLED TV, the Q900R. That means LG’s 8K OLED model is likely to be priced even higher, although LG is yet to confirm pricing or release details for the new Z9.

While LG is keen to push its OLED technology to new heights, the company is offering a lower-cost alternative to the market for those looking for an 8K TV without the added cost of OLED. That’s why in addition to the Z9, LG will be releasing the 75in SM99 LCD TV. Like the Z9, the SM99 boasts 16 times the resolution of a full HD TV, while it’s four times the resolution of a 4K TV.

The 75in SM99 is likely to be available at a lower price than even Samsung’s QLED models, which could help LG gain a strong foothold in the market of 8K TVs. While the lack of an OLED panel will mean blacks that aren’t as deep and a lower contrast ratio, this should still be one of the most engrossing LCD TVs on the market. Luckily there are still benefits to owning an LCD TV, such as the fact that they are brighter, use less energy and are less likely to produce significant burn-in, which is a problem that has plagued LG’s OLED TVs.

LG will face the same problem as Samsung in terms of lack of content, however. It’s not like 4K which is readily available on Netflix or Amazon Video, and there aren’t any Blu-rays supporting the resolution. In fact, outside of a few videos on Vimeo, there’s not really anything to watch in 8K currently. Thankfully, both of LG’s 8K TVs will upscale 4K or full HD content.

Like the Z9, there are currently no release date or pricing details available for the SM99, although it’s likely that we’ll hear about that closer to CES 2019, which kicks off next week.

LG Is First To Market With HDMI 2.1

While the new models are going to be thing that sticks into the mind of most consumers, by far the most important aspect of LG’s 2019 TVs is the addition of HDMI 2.1. That’s because they are set to be the first commercial-available sets supporting the new standard, and that’s especially important for the 8K TVs LG has just announced.

Unlike Samsung’s Q900R, the Z9 and SM99 will support 8K signals up to 60 fps, a whole 30 fps more. That’s not likely to remain that way for long, however, as Samsung has already committed to support the HDMI 2.1 standard through a software update for the Q900R, and we could learn about that at CES 2019, but since launch the 8K TV has been locked to 30 fps in 8K.

While the 8K TVs will see a huge bump in the number of frames per second supported, those purchasing one of LG’s 2019 4K TVs will see an even bigger difference. That’s because HDMI 2.1 will also be available to those sets, which include the W9, E9, C9, SM9X and SM8X. On the 4K TVs, the HDMI 2.1 upgrade will see the number of frames per second supported double for a 4K stream, that means users will be able to enjoy 4K at a super smooth 120 fps. That’s five times faster than the standard used to shoot Hollywood films, although a high frame rate has been credited in making films more immersive – which is one of the main reasons behind its use in James Cameron’s upcoming Avatar sequels.

It’s not just high frame rates that come through support for HDMI 2.1, however. Installers will also appreciate support for enhanced audio return channel (eARC). This will allow the TVs to be connected to audio equipment without any degradation in audio quality, thanks to support for the highest quality audio formats available. There’s also support for variable refresh rate (VRR) and automatic low latency mode (ALLM), which should benefit gamers.

While the addition of HDMI 2.1 has huge benefits, users will need new cables to take advantage of all the new additions. They will also have to plug in an HDMI 2.1 compatible device, which currently includes the likes of the Xbox One X.

LG added support for the Google Assistant to its 2018 line-up of TVs, while its 2019 soundbars can now work as a dedicated Google Assistant device thanks to in-built far-field microphones. For its 2019 TVs, however, LG is bringing the Alexa voice assistant to its TVs. While you might be thinking, ‘didn’t LG’s TVs already support Alexa’, then technically you’re right. However, the difference between last year and this year is the fact that you won’t need an external Alexa device to control the TV, as you’ll be able to talk to the AI directly by simply pressing the dedicated Amazon Video button on the remote.

LG’s 2018 TVs introduced the α (Alpha) 9 intelligent processor and ThinQ AI, but all of that is getting a big update in 2019. The new models promise to offer a higher level of AI picture and sound experience quality, while it can optimise content based on the ambient conditions around the TV better than ever.

As with previous years, both Dolby Vision and Dolby Atmos is available on all of the TVs mentioned above.

There are currently no details surrounding the release or price of LG’s 2019 TVs.