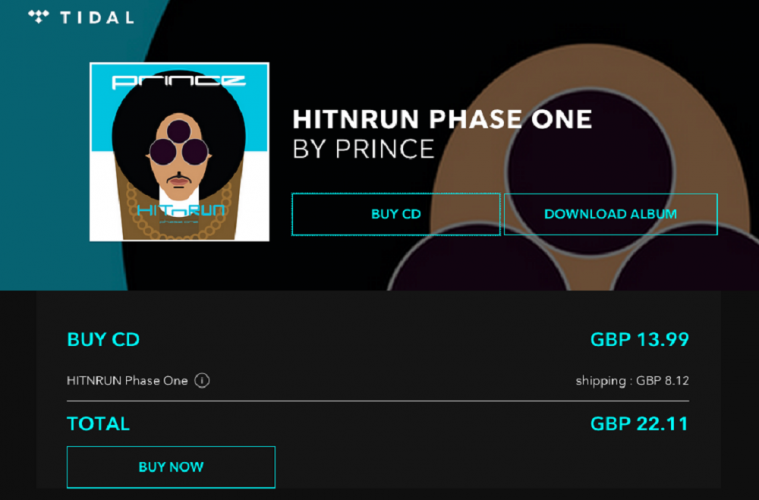 If the music streaming wars weren’t interesting enough, Tidal has now set itself apart from its other competitors by offerings CDs – yes, actual, physical, plastic CDs.

Right now Jay-Z’s music streaming service only offers Prince’s HITNRUN album, but it could roll the service out to more artists in the future.

Despite being a 21st Century music streaming service, promising to deliver the best audio quality to users, coupled with fair royalties to artists, Tidal is not afraid to dabble with old school mediums.

While this could be a deal the company made with Prince, an artist who proclaimed that the ‘internet is completely over’, Tidal has given a lot of prominence to the physical copy of the album – listing it side by side with the digital copy.

In a period where car makers are beginning to remove CD players from their most recent models, as well as Linn’s insistence that the CD player is dead, it seems like a bizarre move for Tidal to make.

Tidal faces competition from both Apple Music and Spotify, with many criticising the service’s inflated subscription fee compared to some others out there.

Despite that, Tidal has carved itself a niche product; enabling it to get offer exclusive content to those who love music, much like Prince’s new album.

Whether or not Tidal will offer more CDs in the future, remains to be seen.

Is Tidal Imploding? David Solomon is Out, But Prince is In