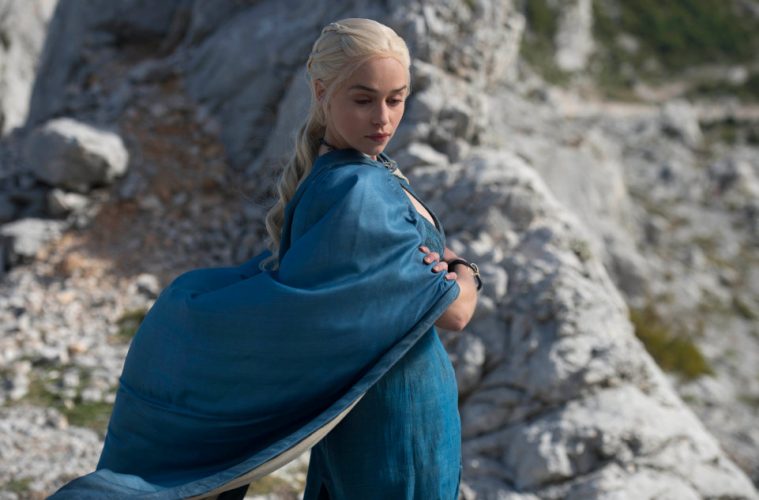 An exclusive screening of explosive Games of Thrones episode, Blackwater was held this week at Dolby’s London HQ to a packed out screening room to mark the launch of the Steelbook collectors Blu-ray sets for seasons 1 and 2, available from October 26.

Dolby used the screening to announce that Game of Thrones is the first ever TV series to feature Dolby Atmos, with series 1 and 2 boasting a newly remixed Dolby Atmos soundtrack.

HBO provided an intro to the screening, explaining the reason for the episode choice (not too many character strands were featured in this episode, focussing almost exclusively on the battle scenes).

The combat scenes, in particular, showcased the power of Atmos to great effect, lending itself particularly well to parts where individual elements on screen commanded their own, separate and distinctive audio signals running simultaneously (think: arrows flying, sword fighting, a lot of stabbing, shouting and swearing, boulders flying from above crushing skulls, wind, rain and the pièce de résistance of the episode – the nuclear-level wildfire explosion scene).

CE Pro Eu caught up with Stephen Auld, senior account manager, Dolby Laboratories and HBO after the screening to find out what the future holds for TV titles and Atmos.

This is the first ever TV series to have received the Dolby Atmos treatment – does this signal the start of more TV shows being brought out in this format?

SA: It’s been a year since Dolby Atmos for home theatres was launched and since then more than 25 global titles on Blu-ray disc have been released or announced in Dolby Atmos.

We have received tremendous support from the major studios including Paramount Pictures, Sony, Lionsgate, Warner Bros. and now with HBO.

We’re continuing to look at opportunities and with the first TV show with Game of Thrones, this is definitely just the beginning.

Why was Game of Thrones chosen as the first ever TV title to come out in Atmos?

SA: With a record breaking number of Emmy wins, including for sound editing and mixing, teaming up with HBO and creating a mix in Dolby Atmos was an obvious choice and seemed a natural next step.

We’re continuing to explore opportunities with all of our studio partners to bring more Dolby Atmos content to the home.

Do you think that big budget shows such as Game of Thrones are starting to be treated in the same way as films are in regards to being treated with Atmos, bridging the gap between TV shows and big budget blockbusters?

SA: This is certainly evident. We’ve had a positive response from the industry and Dolby Atmos has been embraced by directors, sound mixers and the wider creative community across TV, film and music.

As adoption of Dolby Atmos increases in environments outside the cinema, such as at home and on the go with mobile devices, we expect the momentum for different genres of content to continue, including Blu-ray films, TV shows, music and broadcast.

Why does Game of Thrones lend itself so well to Atmos? Do you think it helps that the show is very high budget, and in that respect, that it commands the very best in terms of sound and visuals?

SA: Dolby Atmos is all about bringing entertainment alive all around the audience including overhead, with astonishing detail and depth.

Fans experiencing Game of Thrones in Dolby Atmos will hear Daenerys’s dragons swoop past them and feel the score rise and fall around them.

The setting, drama, battle scenes and even the more subtle dialogue lend themselves to creating interesting soundscapes and really give the director and sound team the creative freedom to bring the story to life.

Dolby Atmos provides a more moving and compelling experience across all genres from Hollywood blockbusters, to documentaries and even music.

For example, the recently announced 1615 Gabrieli in Venice from Kings College Choir, Cambridge, was the first classical album to be released on Blu-ray in Dolby Atmos.

Have you seen a rise in people wanting to experience Atmos in the home?

SA: We’ve definitely seen an increase in interest and positive response to Dolby Atmos for home theatres. When people hear it for themselves they really understand the impact of the technology on their experience.

With an increasing number of AV receivers and Dolby Atmos enabled speakers available from leading manufacturers, as well as the recently launched Yamaha YSP-5600, the world’s first Dolby Atmos soundbar, Dolby Atmos is more accessible than ever.

Has Dolby found that more people are investing in the speaker set-up and AV receiver or pre-processors required in order to get the Atmos experience in the home? What sort of budget would be needed for a home set up? Is it becoming more affordable for the home cinema enthusiast?

SA: Dolby Atmos technology is incredibly accessible, adaptable and easy to install. With a minimum of only two add-on module speakers, a Dolby Atmos-enabled AV receiver and a Blu-ray player, you can create a good audio experience that’s affordable.

Home theatre buffs that already have 5.1 systems installed can simply add upward-firing speakers on top of traditional speakers for a 5.1.2 system to achieve exceptional overhead sound.

Dolby Atmos is now included in about 40 AVR and home theatre-in-a-box systems from many of the leading providers, at various price points.

“We’re continuing to look at opportunities and with the first TV show with Game of Thrones, this is definitely just the beginning” – Dolby

The lowest Dolby Atmos enabled AV receiver retails at around £300, with premium receivers at approximately £1,950.

It’s also simple and affordable to update your existing speaker system with a pair of Dolby Atmos-enabled speaker modules costing as little as £130.

For those that want to experience Dolby Atmos at home without installing a conventional surround speaker set up, we recently announced that the Yamaha YSP-5600 is the first soundbar that is able to play back Dolby Atmos audio, without the need to add additional surround or in ceiling speakers.

This is thanks to 44 array speakers within the soundbar, 12 of which are responsible for reproducing Dolby Atmos’ overhead moving audio.

Is Atmos is the way forward for TV shows in future?

HBO spokesperson: Game of Thrones continues to break ground in achievements in television, on the back of a record breaking 12 Emmy wins, so it feels like a natural step that a limited edition version of our original seasons would be remastered in Dolby Atmos.

Why just series 1 and 2? Will the other seasons be brought out in Atmos at a later date?