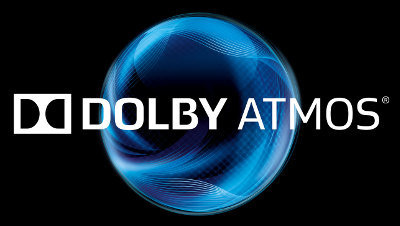 Where did the idea for Dolby Atmos originally come from?

Dolby Atmos was developed in response to demand from the industry and as a natural evolution of the existing technology at the time.

From the introduction of noise reduction, the development of the first surround sound, to Dolby’s work in digital-cinema and the evolution of Dolby Surround 7.1, the industry has always looked to Dolby for innovation, particularly in the field of cinema sound.

Dolby Atmos was based on decades of research into how humans actually perceive and process sound and developed in close collaboration with filmmakers and sound teams.

Just what is Dolby Atmos and what benefits does it deliver?

Dolby Atmos is the first home theatre system that is based not on channels, but on audio objects. Any sound heard in a film scene is an audio object, for example a helicopter taking off or a child crying. Filmmakers using Dolby Atmos can decide exactly where those sounds should originate and precisely where they move as the scene develops.

A Dolby Atmos home theatre is also far more flexible and adaptable than channel-based home theatre. In a channel-based system with channel-based content, the number of playback speakers is fixed: a 7.1 system consisting of seven speakers and one subwoofer is used to play 7.1 content. Additionally, there is no height information in the content.

With Dolby Atmos, you have amazing flexibility: the format provides even richer, more detailed sound by rendering to overhead or height speakers and/or to more than seven speakers at the listener level. As you add speakers, a Dolby Atmos enabled receiver will use them to create multidimensional sound, resulting in the most immersive audio experience.

From a technical stand point, how does Dolby Atmos actually work and how does it exploit the way humans experience sound?

Until now, film directors and sound designers have had to mix independent sounds together into channels for soundtrack creation. This approach limits your audio experience because it can’t come close to matching the way you hear in real life, where sounds come from all around us.

The Dolby Atmos system, whether in the cinema or a home theatre, has the intelligence to determine what speakers to use to precisely recreate the helicopter’s movement in the way the filmmakers intend. They can now precisely place and move sounds as independent objects in multidimensional space, so you can hear them as you would naturally.

To deliver the full object-based soundtrack to home theatres, Dolby developed new home authoring tools and new encoding methods that take into account the spatial information of the sound objects to efficiently encode them in Dolby TrueHD and Dolby Digital Plus.

This spatial coding is not a channel-based, matrix-encoding system like Dolby Pro Logic II or Dolby Pro Logic IIz. Instead, this fundamentally new coding technique allows all the audio objects created for the cinema to be used in the home theatre. Nothing is lost.

Initially, home theatres will be able to play Dolby Atmos content on Blu-ray discs or through streaming video services. No matter the source, when a Dolby Atmos stream is fed to a Dolby Atmos compatible AV receiver, the receiver will render the object-based audio to a home theatre’s unique speaker configuration to precisely recreate the sound the filmmakers intended.

Can you explain how the Dolby Atmos enabled speakers work?

Because they are based on an understanding of how the brain interprets sound, Dolby Atmos enabled speakers modify select audio frequencies to reinforce the sense of sound coming from above.

Dolby Atmos enabled speakers are designed to fire their acoustic energy upward rather than directly at you. Dolby has calculated the best angle for the upward-firing speaker based on where most people place their floor-mounted tower and stand-mounted loudspeakers and based on standard ceiling heights.

As a result, the brain experiences the sound coming from the reflection off the ceiling, rather than from the speaker itself. This works in combination with crossovers and bass management built into many Dolby Atmos enabled speakers and AV receivers (AVRs) to deliver a compelling and accurate overhead experience.

Do you think installers will be surprised at how effective Dolby enabled speakers are?

We’ve received a positive response so far and in some demonstrations people couldn’t believe that there were no speakers over their heads. The effect is so convincing that we’ve even had people examine the ceiling to make sure we hadn’t hidden speakers there!

Some listeners, whether members of Dolby staff or our friends in the industry, actually prefer the Dolby Enabled Speakers over dedicated in-ceiling speakers.

We put this down to the fact that the sound reaching your ear from a Dolby Enabled Speaker has typically travelled twice the distance than one emanating from an in-ceiling speaker – thus giving a more diffuse sound.

What is the situation with software? When do you expect to see a good level available for the home market?

We’re working with studios and production houses to help them create Dolby Atmos soundtracks for a broad range of movies and TV for home viewing.

What is next on the roadmap for getting Dolby Atmos into homes?

In the coming months you’ll be hearing much more from Dolby and our hardware partners about bringing Dolby Atmos sound to the home.

How does Dolby plan to make sure it secures a significant segment of releases for consumption in the home? Currently DTS has a healthy share of the Blu-ray market…

Globally, more than 120 cinema blockbusters have been released featuring Dolby Atmos soundtracks since 2012 and many more are on the way.

In addition to global studio partnerships, Dolby is partnering with game and music content creators to take advantage of Dolby Atmos technology for future home theatre use.

How important is demonstration when presenting the new technology to potential clients?

We have found that demonstrations are the most effective way to show how we are bringing Dolby Atmos to the home. You need to experience technology to truly appreciate it.

If people read about it and don’t hear it, the risk is that they will think this is just a minor upgrade to existing home cinema.

Once you hear it, you realise it is a huge innovative leap in how content is mixed, stored delivered and played back in the cinema or the home – and therefore a massive increase in quality of the resulting experience.

Where can installers hear and see the system demonstrated?

We’ve been hosting demonstrations and inviting the install community into our Soho office to experience our new technology.

Some of the custom installers (who own their own show rooms) are already working on installing it, as are some of the AV retailers in their demo rooms.