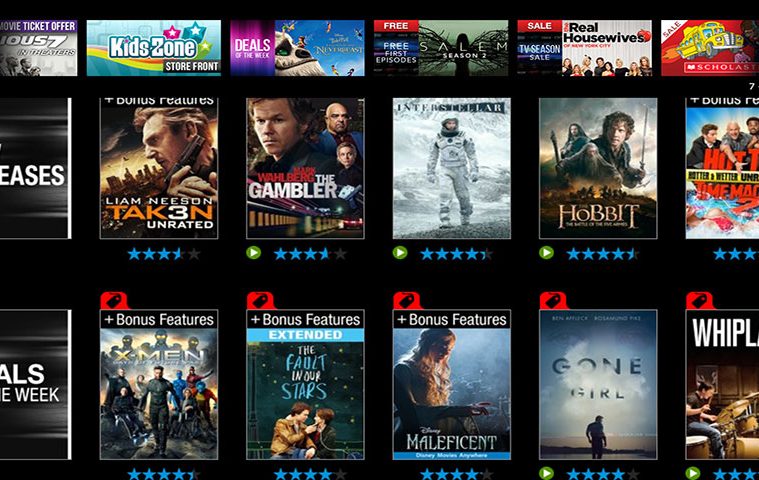 Vizio’s Reference Series 65” and 120” 4K TVs can now take advantage of Dolby Vision, thanks to a new partnership between the two companies.

While content is a little scarce right now, VUDU users can now take advantage of Dolby’s technology on both TVs through a few select new releases and other movies from Warner Bros.

Dolby claims that current TV screen technology doesn’t accurately represent the data recorded by state-of-the-art cameras and believes that its technology can help bridge that gap.

Through a partnership with select TV manufacturers, such as Vizio, Dolby Vision should deliver more nuanced, powerful and distinct imagery according to the company.

Speaking about the partnership Matt McRae, chief technology officer at Vizio, said: “We are proud to be working with technology leaders such as Dolby and VUDU to bring these amazing advancements in picture quality into consumers’ living rooms, pushing the boundaries of brightness, color and contrast for an entirely new entertainment experience.”

The Vizio Reference Series is one of the first-ever High Dynamic Range-enabled 4K TVs, meaning that it was built pixel-by-pixel, which in theory should produce better brightness, colours and contrast when coupled with Dolby Vision technology.

Back at CES 2014 the Vizio Reference Series stole the limelight from the company’s other offerings, although over a year later the company has yet to announce release dates or pricing.

The manufacturer is keen to point out that the series is still set for launch, with most of the specs announced back at CES still intact.

Those specs include a full-array local dimming backlight with 384 zones, capable of reaching a brightness of 800 nits. The TV should also appeal to gamers looking for low latency, with capability to show footage at 120 frames per second.

There are other HDR-capable TVs on the market right now, such as Samsung’s JS9500, although that TV differs in the fact that it’s already on sale and that it’s capable of 1,000 nits.

Samsung’s TV also omits any Dolby Vision support, meaning there could be a format war between Dolby’s standard and Samsung’s.

As for those looking to buy Vizio’s Reference Series, users will be safe in the knowledge that it will be the first to ship with Dolby Vision technology.

As for how many movies will be available to view in this new standard, Vizio, Dolby and VUDU won’t exactly say, although Dolby did confirm that ‘Edge of Tomorrow’, ‘Into the Storm’, ‘The Lego Movie’, ‘Man of Steel’, ‘Sherlock Holmes’ and ‘Sherlock Holmes: A Game of Shadows are all set to be offered.