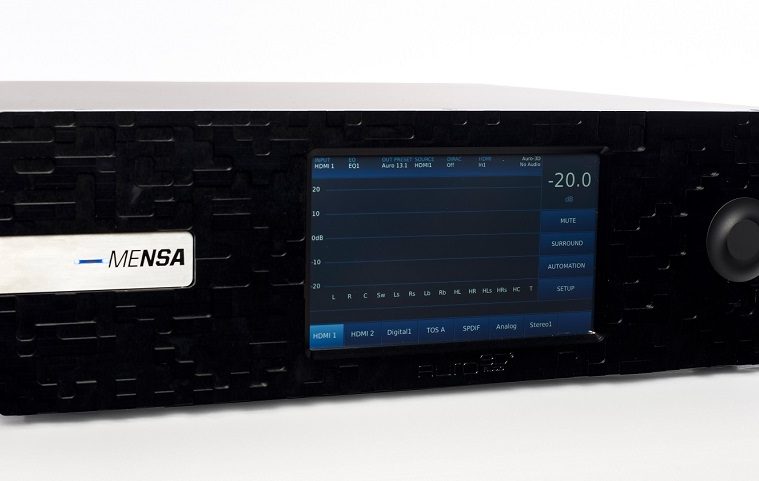 Auro’s 3D immersive audio technology has been fighting hard against Dolby Atmos and DTS:X, but at ISE 2016 that’s all set to change. Instead, the company is going to embrace all 3D audio formats with a new entertainment and luxury audio hardware division.

To help show off its expertise in the hardware area, Auro has partnered with Triad Speakers for an exclusive demo at ISE 2016. What’s unique about Auro’s hardware is that all of the products will include Auro-3D technology and Dolby Atmos.

“While traditional surround does a great job of enveloping the listener, it’s limited to a horizontal plane, making it a thing of the past.  So it makes sense that now in the world of home cinema, 3D audio is where it’s at, as it creates another level of realism.”

Visitors to ISE 2016 will likely not want to miss Auro’s demonstration of its latest hardware. It’s a big change for the company predominantly known for making the technology behind the sound processor, rather than the sound processor itself.

The demonstration at ISE 2016 will feature a variety of Auro-3D and Dolby Atmos content, including music pieces and movie content, all of which is aimed to envelop the audience in a cocoon of sound.

For the demonstration, Triad will be using its Gold Monitor and MiniMonitor range of products. It will be joined by the in-room platinum subwoofer, which boasts an 18in ultra-low distortion aluminium cone woofer in a compact, sealed enclosure. The sub is powered by the RackAmp 600 DSP which includes DSP functionality.

Auro will feature its GalaxisAudio MENSA Sound Processor, which handles both traditional surround and immersive audio formats.  The demonstration will highlight the extensive optimisation / correction and equalisation capabilities of the unit.

Additionally, the StormAudio Class D PA14.200 and PA8.200 Multi-Channel Power Amplifiers will drive the system (all but the Triad sub).  The amps are designed to produce maximum dynamic range and playback levels in large home theatre and multi-room applications, with a total of 22 channels available with up to 400W capability.