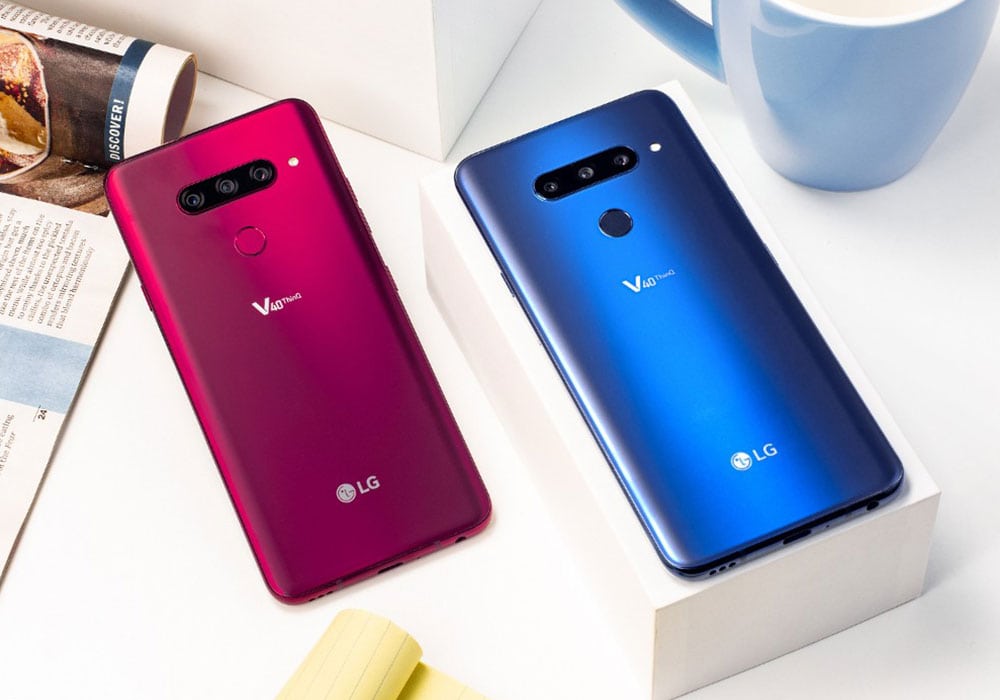 LG has been leveraging the expertise of Meridian Audio to improve its home audio products, but now it’s extending that partnership to cover its flagship smartphone. For the first time ever, Meridian’s high-resolution audio technology will be made available in the new LG V40 ThinQ, the South Korean firm’s latest effort to take marketshare away from the likes of Apple and Samsung.

While the launch of a flagship smartphone from LG has never garnered much excitement when compared to a new Galaxy or iPhone, the firm’s latest device is different. We don’t mean gimmicky different like the company’s modular G5 either; no, this phone promises to offer the best audio experience on a smartphone.

Few people think about a phone’s audio when it comes to making their buying decision, but LG is hoping it puts it over the edge of its competition. It’s already packed the V40 ThinQ with five cameras, a high-end processor and a high capacity battery, so LG is throwing everything it can at the new device to ensure it gains relevance. Many people are already willing to buy expensive headphones and subscribe to high fidelity music streaming services, so LG is betting on audiophiles also trusting the Meridian Audio brand.

John Buchanan, CEO at Meridian Audio comments, “We are both thrilled and excited to continue to develop our innovative partnership with LG, in what is a first for Meridian. Despite being a challenging environment to work within due to its compact size, we have been able to use our expertise and pioneering technologies to create a cutting-edge device in collaboration with LG. This is a major step forward that will deliver high-quality, natural sound to anyone, anywhere.”

The LG V40 ThinQ packs in a 32-bit Hi-Fi Quad DAC that promises to produce a balanced sound signature that comes close to the quality of an original recording. Early reviews on the phone also praised the volume of the phone’s speaker, describing it as ‘shockingly loud’. Like the LG XBOOM products, which Meridian Audio also helped tune, the V40 ThinQ’s volume and bass is boosted even further when placed on a solid surface, like a table.

Whether LG has done enough to win over consumers from the traditional Apple-Samsung smartphone duopoly remains to be seen. Those looking for the best quality audio on their smartphone may finally have an option, however.