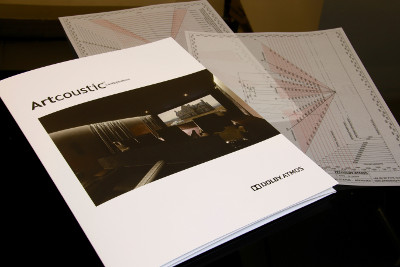 Artcoustic recently concluded a successful month-long installer event at its premises in Essex. Over 60 dealers attended over the four weeks, each keen to experience Artcoustic’s new Dolby Atmos cinema room.

“This was originally intended as a one-off day for installers, but after becoming full in just 48 hours, we decided to extend it to include a second day, which was fully booked just as quickly,” explains Paul Cummin, Artcoustic UK MD.

“In the end we filled every day for a whole month – clearly the appetite for Dolby Atmos technology is huge and we feel Artcoustic can offer a great solution.”

“It’s vital for installers to hear this technology and to realise what a step change it is,” offers Tom Butler, business development manager.

“That’s why these events are so important – once you hear it, you will want to install every system this way. It’s just that good.”

“Dolby Atmos is genuinely the most important technological advancement that has happened in our industry since 5.1 on DVD way back in 1996,” says Paul.

“With home cinema only really just beginning to immerge back then, we believe this is the single most important break-through in audio since our sector began.”

At the event, installers were shown how to design systems for Dolby Atmos using a Dolby Atmos protractor plan.

This tells the installer exactly where to place the speakers in any room, as well as screen size and placement of overhead speakers.

The protractor plan is ratified by Dolby, and has not been widely available before – previously leading to guesswork and improvisation from installers.

“Working closely with Dolby we have created an approach which takes the guess-work out of the equation for the installer,” Tom explains.

“The system will not work at its optimum level if the speakers are not in the right places and the system is not set up properly. Working with us, installers can be sure that they will get it right first time.”