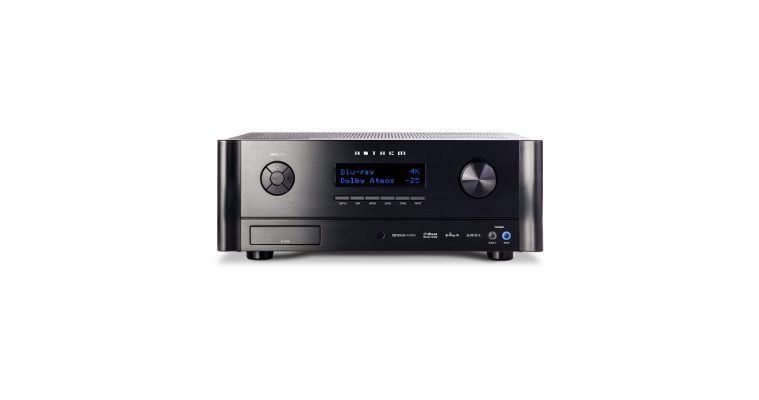 The new generation of Anthem MRX AV Receivers take on a number of enhanced features, including Dolby Atmos, DTS Play-Fi, readiness for DTS:X, as well as additional channels of processing and amplification.

Anthem claims to be the first AV Receiver company to feature DTS Play-Fi technology (although this is only found on the MRX720 and MRX1120), giving users the freedom to stream music over a Wi-Fi network to any number of connected speakers once paired with the Play-Fi App.

Unlike other wireless platforms, DTS Play-Fi streams music without adding compression and it is an open system allowing listeners to mix and match DTS Play-Fi enabled Audio products from a selection of top audio brands. Using the Android, iOS, Kindle Fire or PC apps, listeners can take advantage of music choices from their own libraries, including file formats up to 24-bit/192 kHz, to online music streaming services like Tidal, Spotify and more.

It also has two parallel HDMI outputs, (including one with Audio Return Channel), an optical output that passes through optical and coaxial input, pre-outs for all channels including two parallel sub woofer outputs, line output and Zone 2 output. The Anthem Room Correction (ARC) system is included as standard across the range.

Meanwhile, the MRX720 includes seven channels of amplification, which is suitable for driving 7.1, 5.1.2, and 5.1 plus zone 2 speaker systems.

With external amplification for height speakers the main pre-outs can be used for 7.1.4- channel systems. The input complement is similar to that of the MRX520, adding a front HDMI input which also supports MHL.

Other key features include Dolby Atmos and DTS:X (although the latter is via a future software update). DTS Play-Fi wireless multi-room audio technology is built-in.

Moving on to the MRX1120, this takes on all of the benefits found in the MRX720, only with more channels. In fact, 11.1 channels of processing and 11 channels of amplification are included, all through a toroidal power supply. The internal amplification can be configured for up to 7.1.4 speakers or 5.1.4 plus zone 2.

Offering professional-quality room correction, support for the latest immersive audio and UHD video formats, wireless music streaming and IP control and built-in amplification for 7.1.4 speakers the manufacturer is hoping that the MRX1120 is at the centre of a new standard in high-end home cinema receivers. Anthem Room Correction (ARC) is included.

All models are covered with a three-year warranty and are backed up with a dedicated UK service centre.

The new range of Anthem MRX AV Receivers is available from Anthem AV Solutions in the UK.