The Confederation of Aerial Industries, also known as CAI, is set to hold its fifth annual Evolving Connectivity trade event, with this year’s show set to see a sizeable expansion.

For the 5th year running, Evolving Connectivity will see the floor space available increased to over 1200 m2, which will in turn see an increased number of stands available to prospective exhibitors. CAI has also announced that there will be more seats available in the seminar theatre.

Despite the increase in space, Evolving Connectivity 2019 will still take place at the National Motorcycle Museum near Birmingham. That means it’s still accessible from the motorway, national rail, and even the airport.

“Many of the installers we speak to report that business is brisk, but that they need to keep their fingers on the pulse in order to ensure future success. Consequently, many exhibitors will be showcasing products from the traditional parts of our industry as well as new technologies, especially those linked to Smart Home or Home Networking,” said the CAI.

On the eve of the trade show, CAI will host its annual Gala Awards Dinner for 130 trade colleagues to network and celebrate industry achievements. A limited number of event sponsorship opportunities are still available.

CAI has revealed even more information surrounding its expanded format for Evolving Connectivity 2019. The organisation has revealed that this year’s seminars will be presented by Sky, Ofcom, Freesat, DMSL, DTG, CSCS and TrustMark.

There will be a variety of seminars presented throughout the day, with the CAI’s Chairman, Les Hampson, kicking off the show at 10:30am. That will be followed by Andy Carr from Freesat, who will share the company’s latest figures, share the many ways to receive the service and talk about the current changes in the broadcast market and how that will affect installers.

Following those two sessions, the full line-up of seminars include: 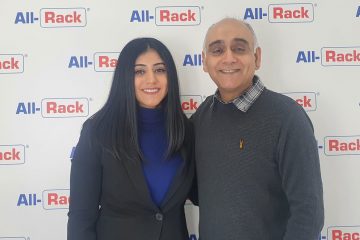