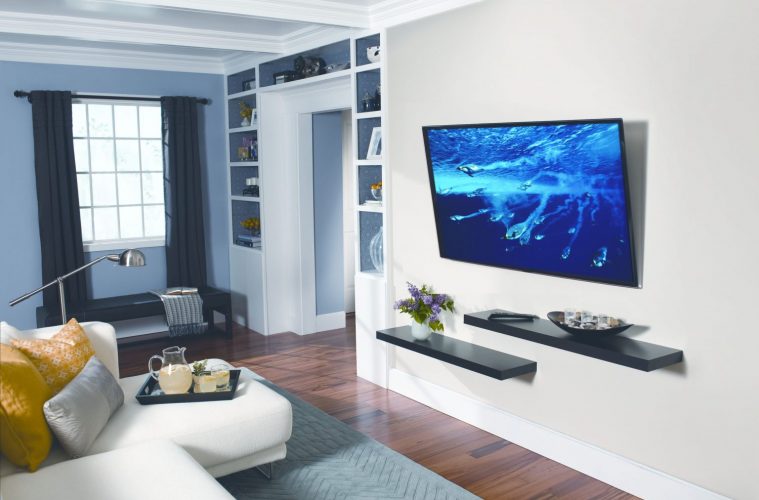 EI Live! 2017 Offers A Route To AV And Automation Heaven

EI Live! is back for 2017 and brings with it a whole range of companies offering opportunities to impress clients with the latest AV and automation experiences.

Always a very popular presence at the show is Artcoustic, this year on Stand 108. The company will be launching two brand new products exclusively at the show. The production version of the Performance PS2 Subwoofer will be playing on the stand, available and shipping the same week. Also, Artcoustic will have the first showing anywhere in the world of the new Target Mini SL loudspeakers. Artcoustic will also be showing some new colour techniques and finishes, as well as showcasing the high support available to its installer partners.

Artcoustic has two world exclusives at the show

Monitor Audio (Stand 103) is yet another company showcasing new products at the show. “Over the last few months, our R&D team has been busy developing a range of new products,” comments Alex Emson, director of global sales and marketing at Monitor Audio. “We are looking forward to bringing these newly launched products, as well as existing product ranges, to EI Live! and discussing the features and benefits with visitors to our stand.”

On display will be the latest product to join the Platinum II range, the PLIC II in-ceiling speaker, designed to combine high quality sound, ease of installation and discreet appearance, the speaker is suitable for new build and retrofit. Also featured will be the updated SB Soundbar Series, which now includes the SB-4 model, a visually balanced, audio solution for 70in plus screens. This new product will sit amongst the other two passive soundbars in this range to showcase how they are a good audio match for 50in and larger screens. Monitor Audio will also be showing the new IV140 invisible speaker designed to deliver ‘best in class’ audio performance in concealed in-wall and in-ceiling applications.

Outdoor audio will also feature in the form of the established Climate range that features three two-way satellites and one single stereo weather-proof speaker. Visitors will also have the chance to familiarise themselves with the four in-wall/ceiling speakers that make up the All-Weather In-Ceiling Series. Rounding off the outdoor speaker offering is the Climate Garden System line up, which now includes the CLG160 satellite speaker. Featuring a super-discreet all-weather satellite / subwoofer design, this range has been engineered for ground level installation.

Check out fresh innovation from Rako at EI Live!

A big supporter of the show, Rako (Stands 95 and 92) will be featuring a number of new lines including a new ‘Hub’ allowing IoT connectivity with links available for Amazon Echo, using Alexa, Apple Home Kit, Google Home, Nest and IFTTT.

Also new is the RAK8, a more space efficient and flexible centrally wired installation option. Fitted in the same boxes as the standard RAK-4, the RAK-8 has eight outputs and can be fitted with any combination of four different types of plug-in modules to suit a variety of different loads. Modules for leading, trailing and digital dimming will be available as will a module for curtain and blind control. The range of WLED products will allow Rako’s selection of CV (constant voltage) LED dimmers to be connected directly to a wired network.  This means wireless range does not need to be considered and full feedback and state tracking is present. Also featured will be a new screwless plate range in six finishes and new wired wall-plates which have been redesigned to improve energy efficiency offering less than half of the previous wired keypad model.

North Building Technologies has built its reputation providing bespoke HVAC controls into the high end domestic market and will be launch a new product at the show on Stand 45.

North’s new product is called Smart Switch and is designed to deliver good looks and control functionality in one package. Featuring interchangeable faceplates, this wall-mounted touchscreen is available in a range of finishes and is configurable in thousands of colour combinations.

Designed to cat down on wall-acne, the Smart Switch’s menus can be configured to display and control values in many thousands of systems via the company’s Commander controller including DALI, Lutron, Mitsubishi, Daikin, Honeywell, Crestron, Savant, Control4, KNX, BACnet and Modbus open standards.

The design aim for the product has been to deliver simplicity, style, but offer intuitive operation, with users being able to operate the controller right from the off. The rocker switches play their part, as each one (situated either side of the display) resembles a light switch so users know how it work it right away. The switches provide a secondary benefit for customers who are less keen on using the touch-screen part of the product. Using the rocker switchers or touch-screen Smart Switch is able to adjust the temperature, a light scene, blind position or functions like audio volume.

The product has another trick up its sleeve – it is also a temperature sensor in its own right and can be situated right at the idea height and position within a room to provide accurate and reliable readings. The unit can share its temperature reading with a North controller or any other HVAC controller or BMS. Smart Switch also has its own output to control an underfloor heating valve and a second input for a slab temperature.

This means it can provide stand-alone control of a heating zone without any connections to an upstream device. The product can also form part of a wider network with other Input and Output (I/O) modules on a high speed Zip network. North’s Zip modules include an expandable four zone underfloor heating controller, boiler controller and generic IO cards. The network allows many devices to be controlled over a distributed network (up to 1km long).

TDI (Stand 17) is another show regular and will be showcasing a selection of installer-focussed AV solutions from brands such as Sanus, Samson, CYP, Platinum Tools and Dragons’ Den survivors, Syncbox. The company will be featuring all the latest info on the feature rich, CYP 4K HDBaseT matrixes with on-board audio distribution management, with the recent launch of the new 4×6 and 6×8 matrix units. TDI will also showcase the new Samson range of Premium Certified 4K HDMI cables, the cable with the official HDMI holographic label of authenticity for quality and performance. Samson’s latest range of CAT 6 cable with full HDBaseT approval will also be on show. As a distributor for Platinum Tools, installers can see also see full demonstrations of the new EzEX-RJ45 Crimp Tools, Dies, Connectors, Strain Relief and EZ-Data Locking Connectors, making CAT cable termination frustrations a thing of the past.

Documentation expert designflow will be showcasing a completely new line up of design packages. Stand 106 will host demonstrations throughout the show for dealers and integrators focusing on its latest proposal packages, as well it’s all new site design, system design and handover packs.

New proposal packages will consist of one, two and four proposals a month including the powerful new add-on; positional drawings, all now available without subscription. The new site design packs will include complete wiring plans and full equipment elevations with mounting and back box information delivering a complete on-site wiring information pack. The new system design packs will include detailed rack drawings and full connectivity schematics, everything required for engineers to build from and programmers to program off.

New handover books in A3 format including information about the installer and system, are designed to put a powerful referral tool in the hands of each the client.