Audiolab hits with the DC Block 6 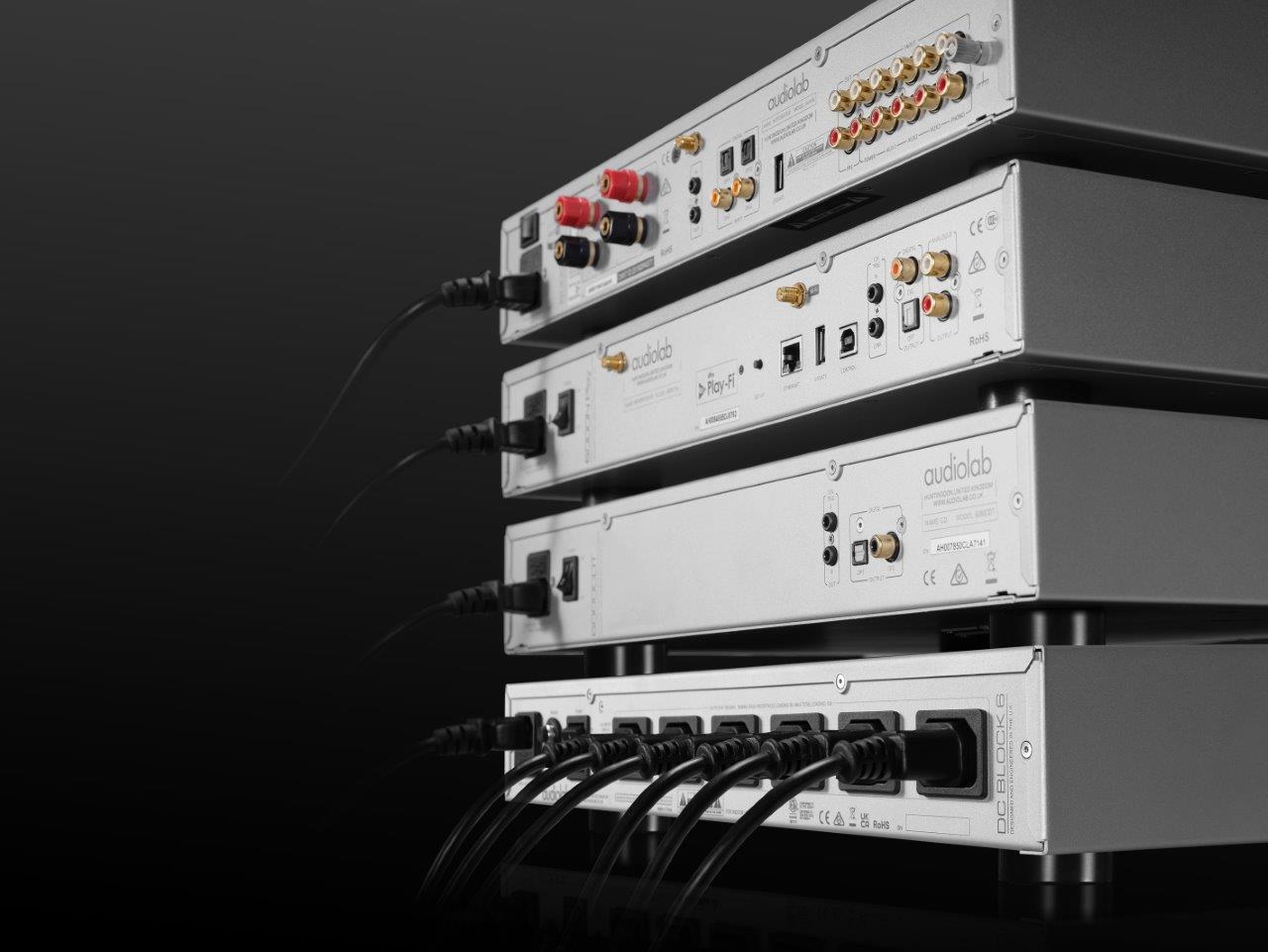 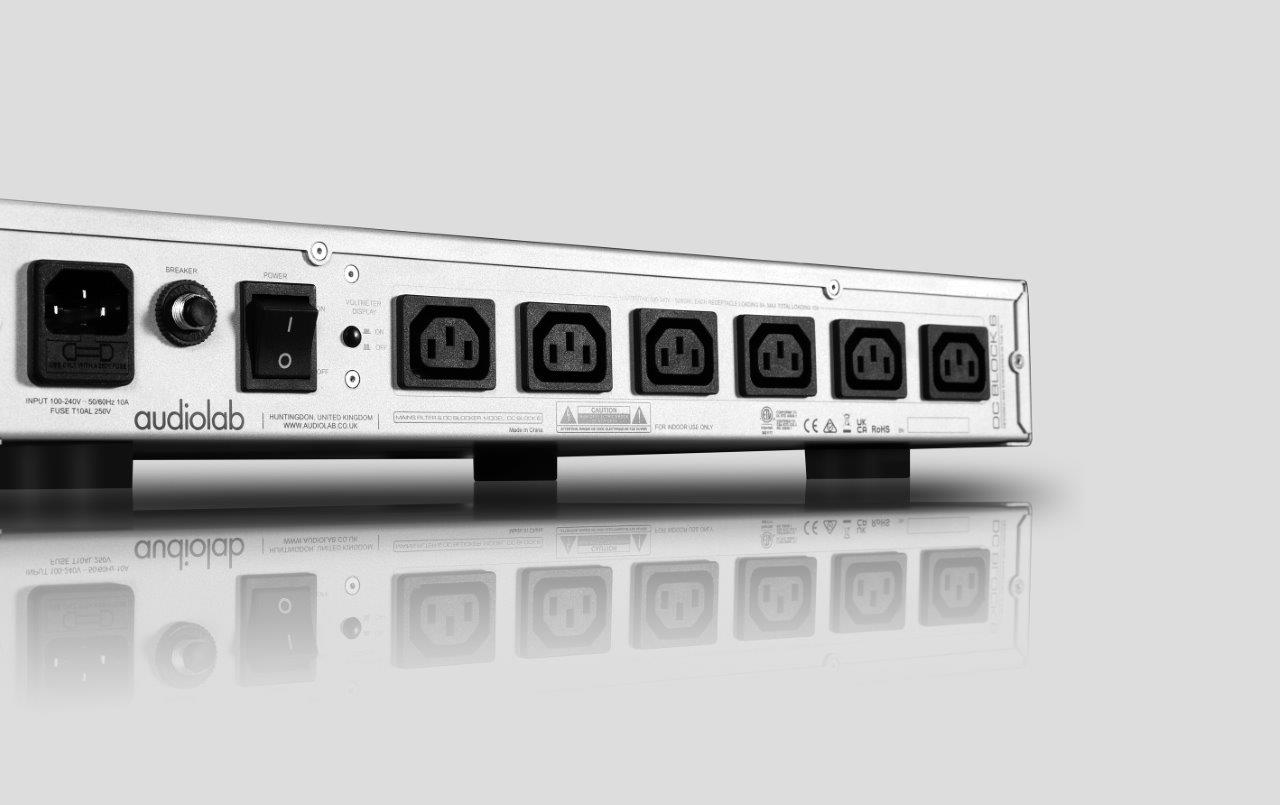 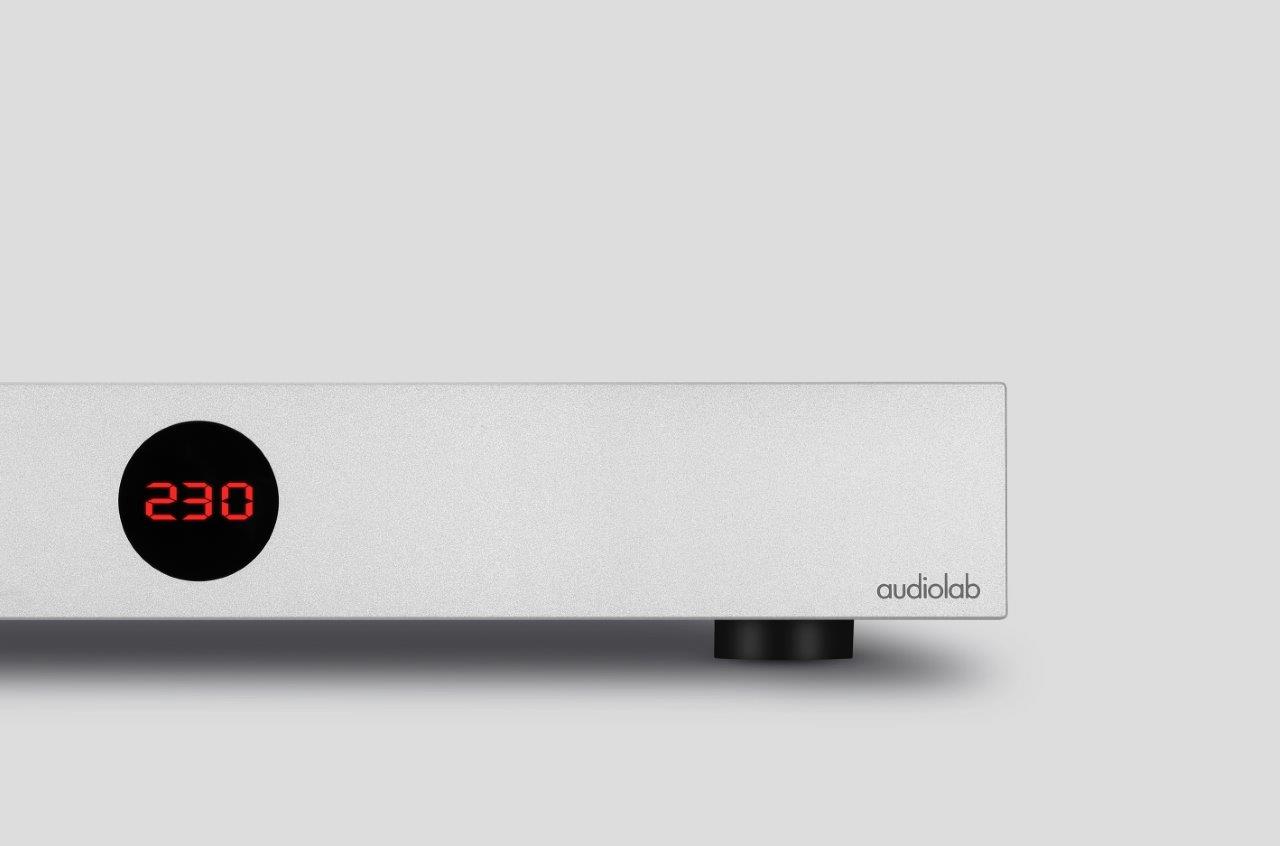 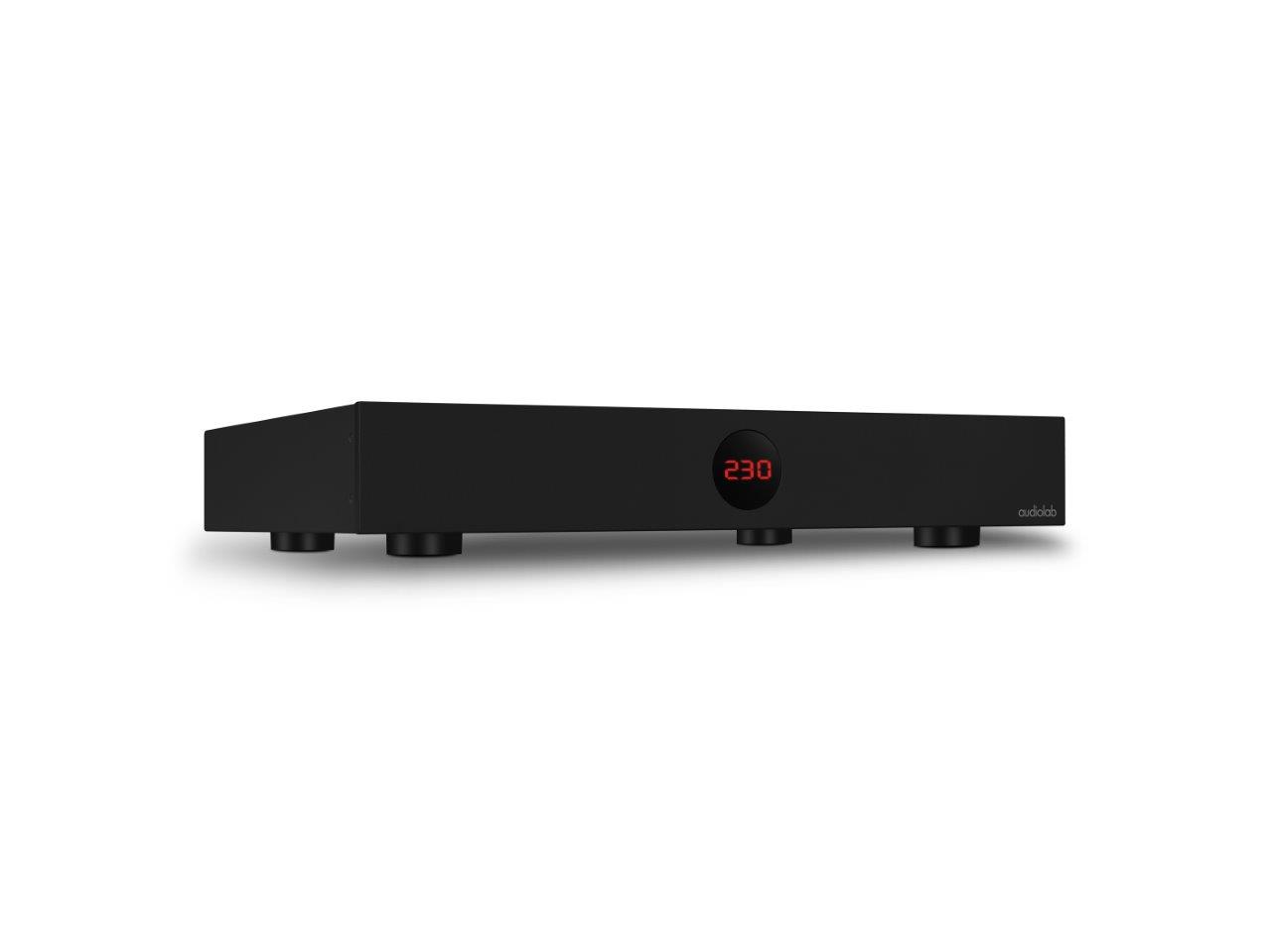 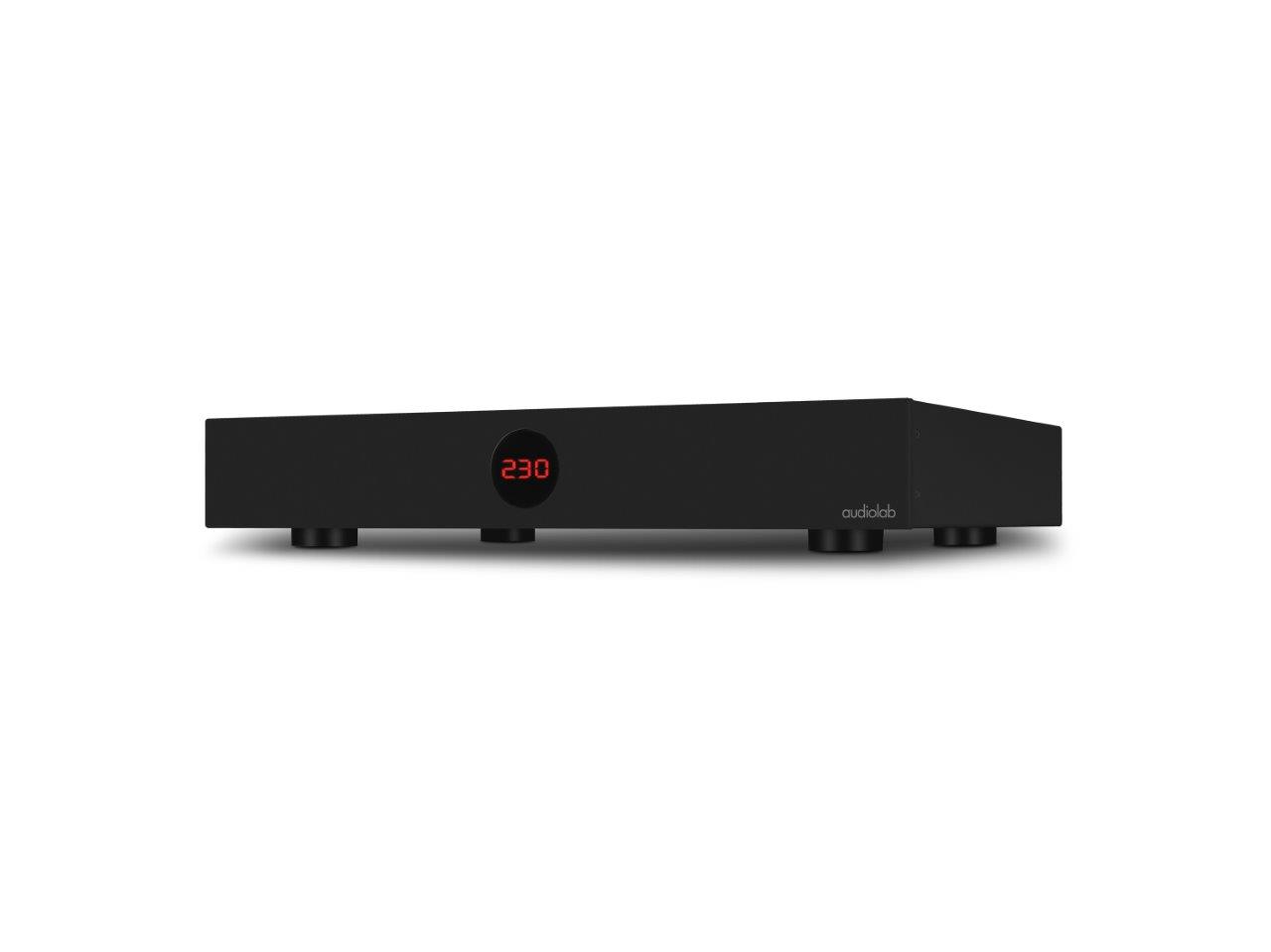 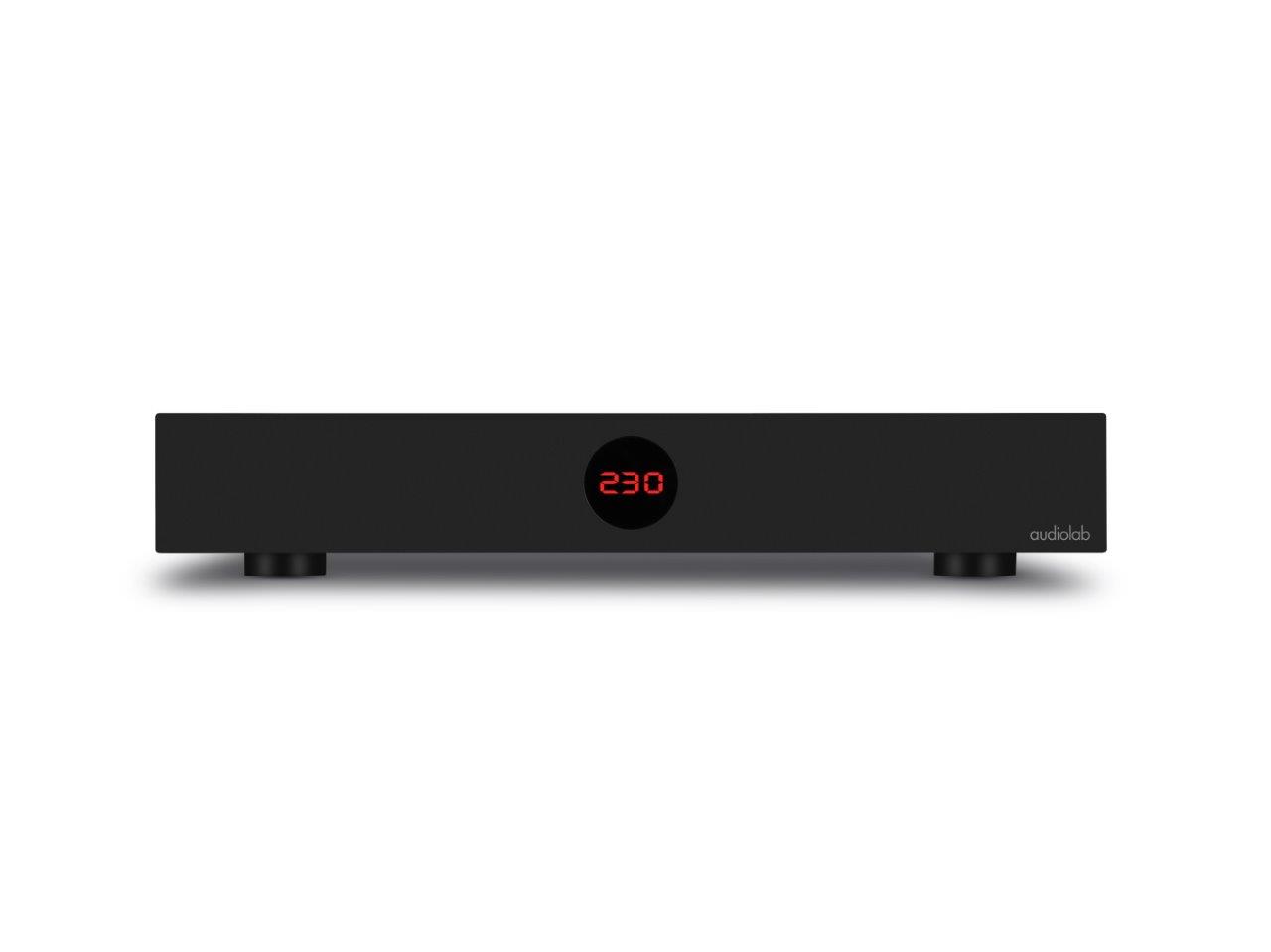 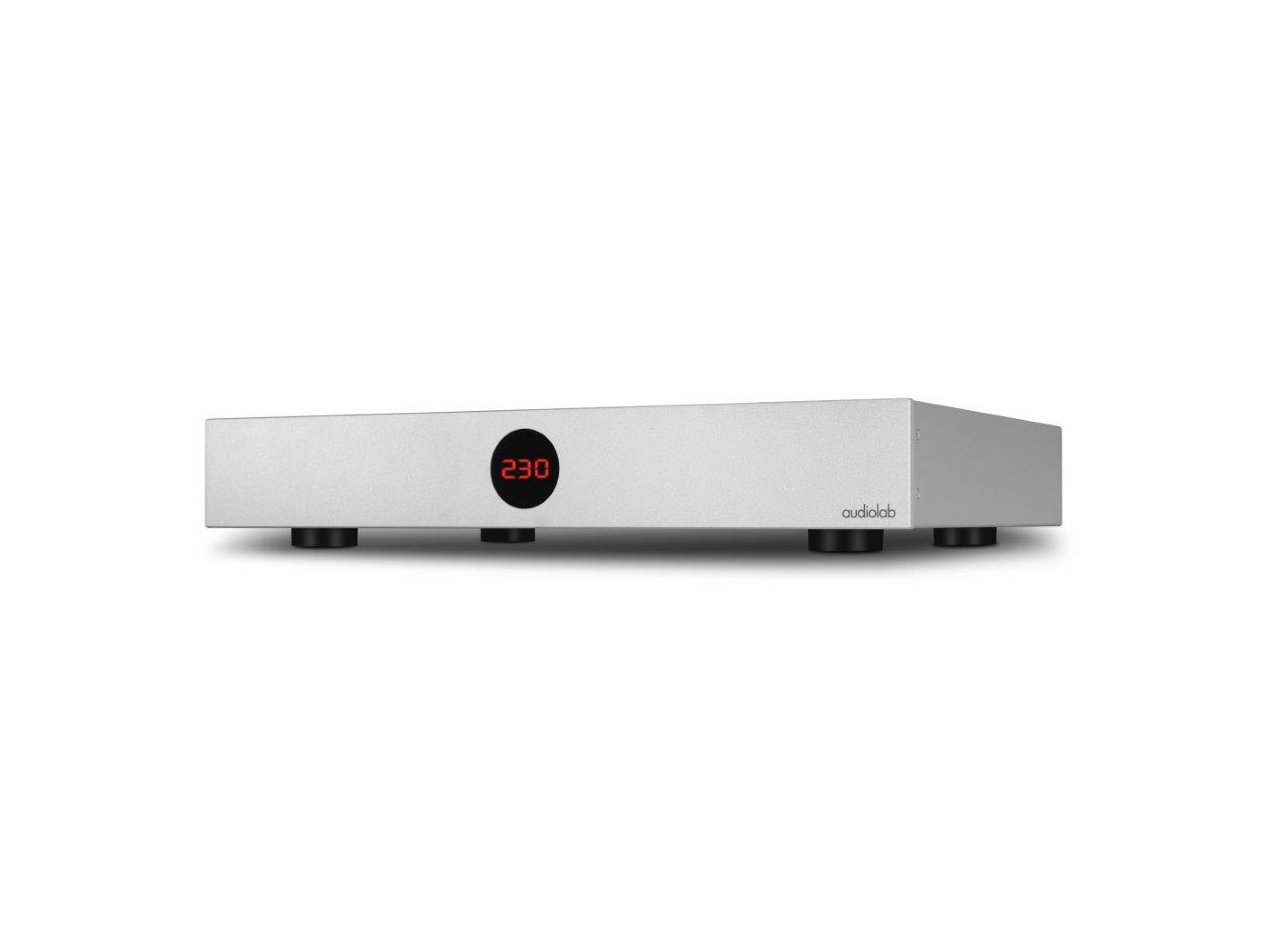 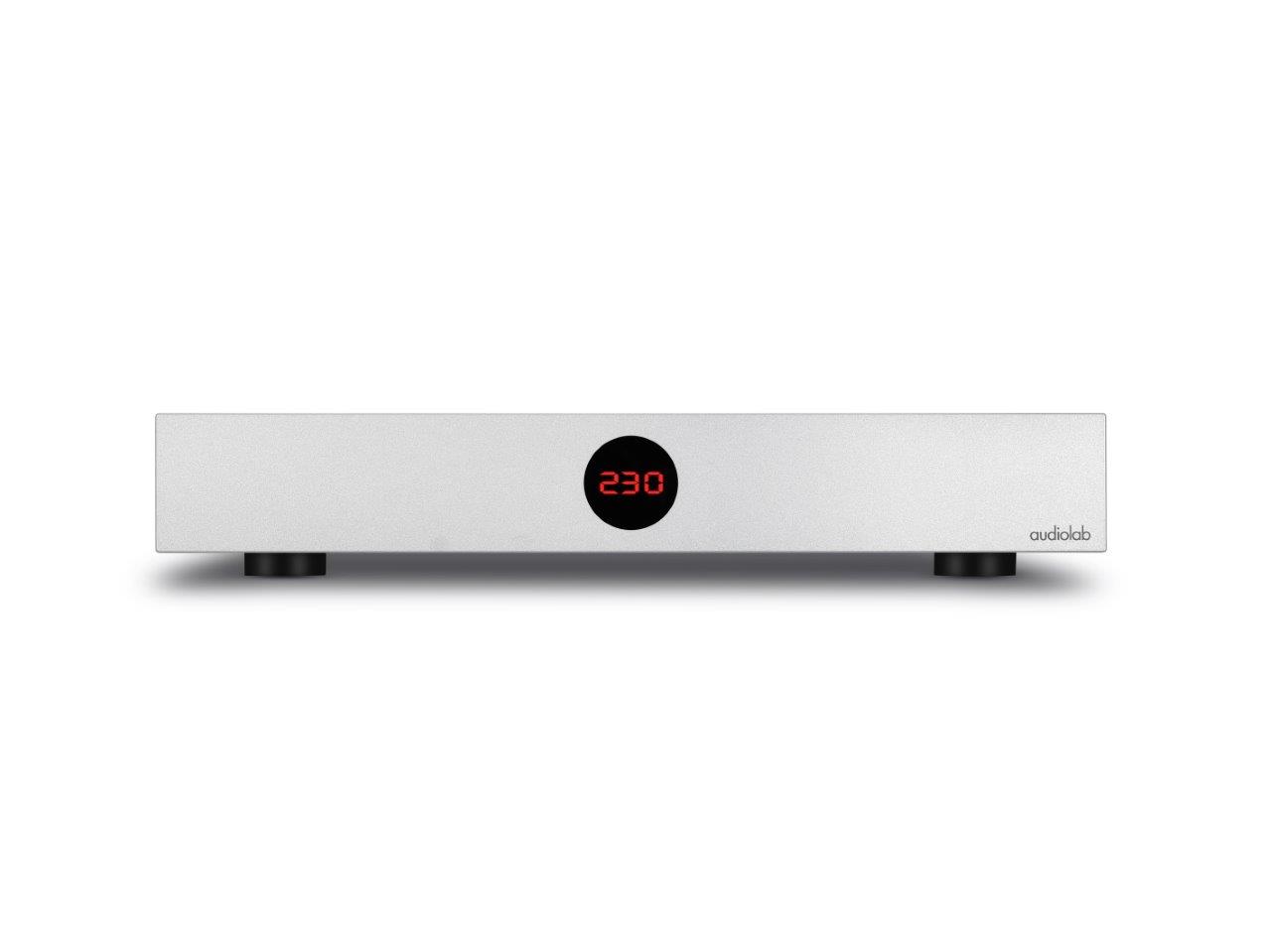 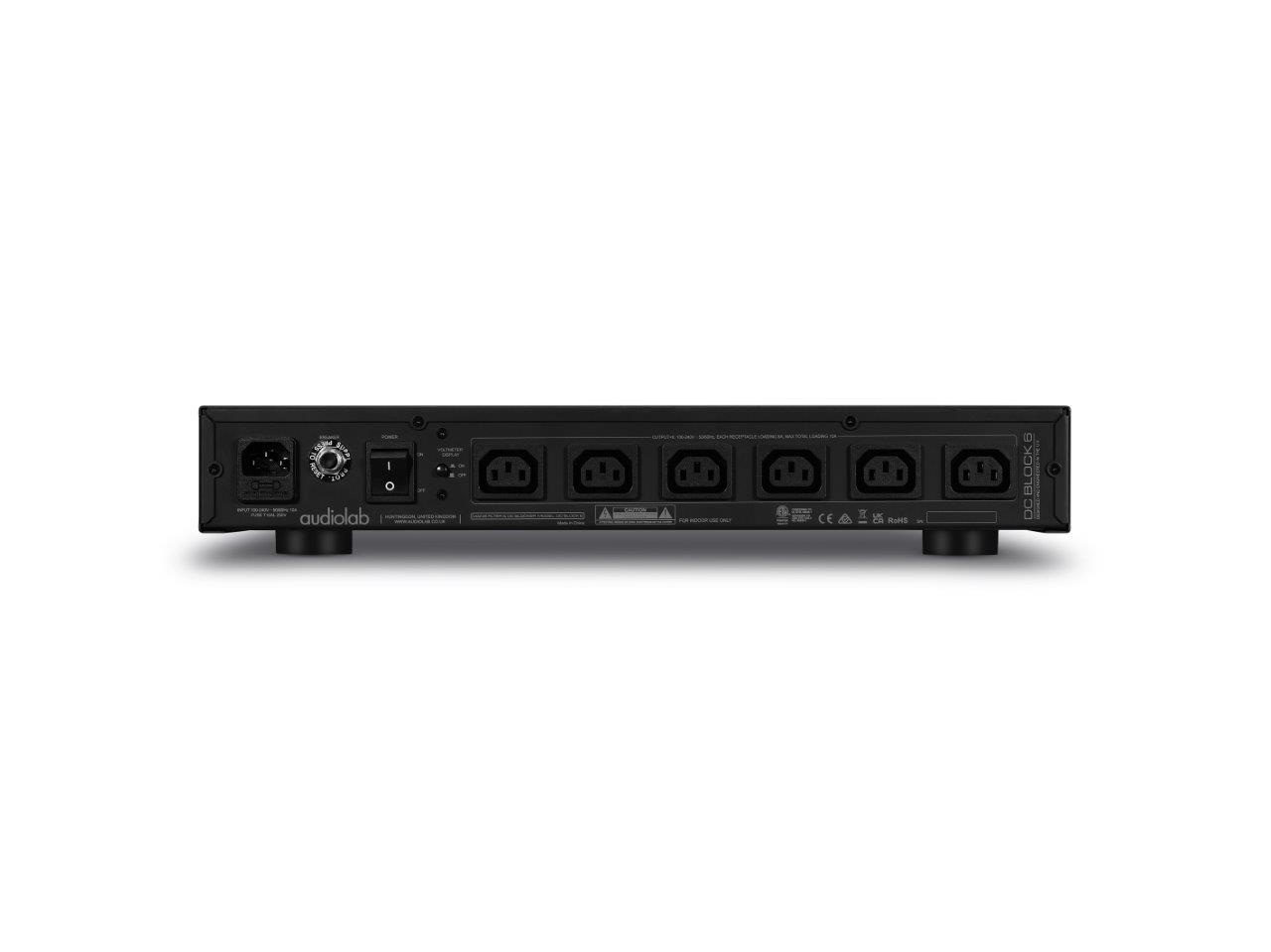 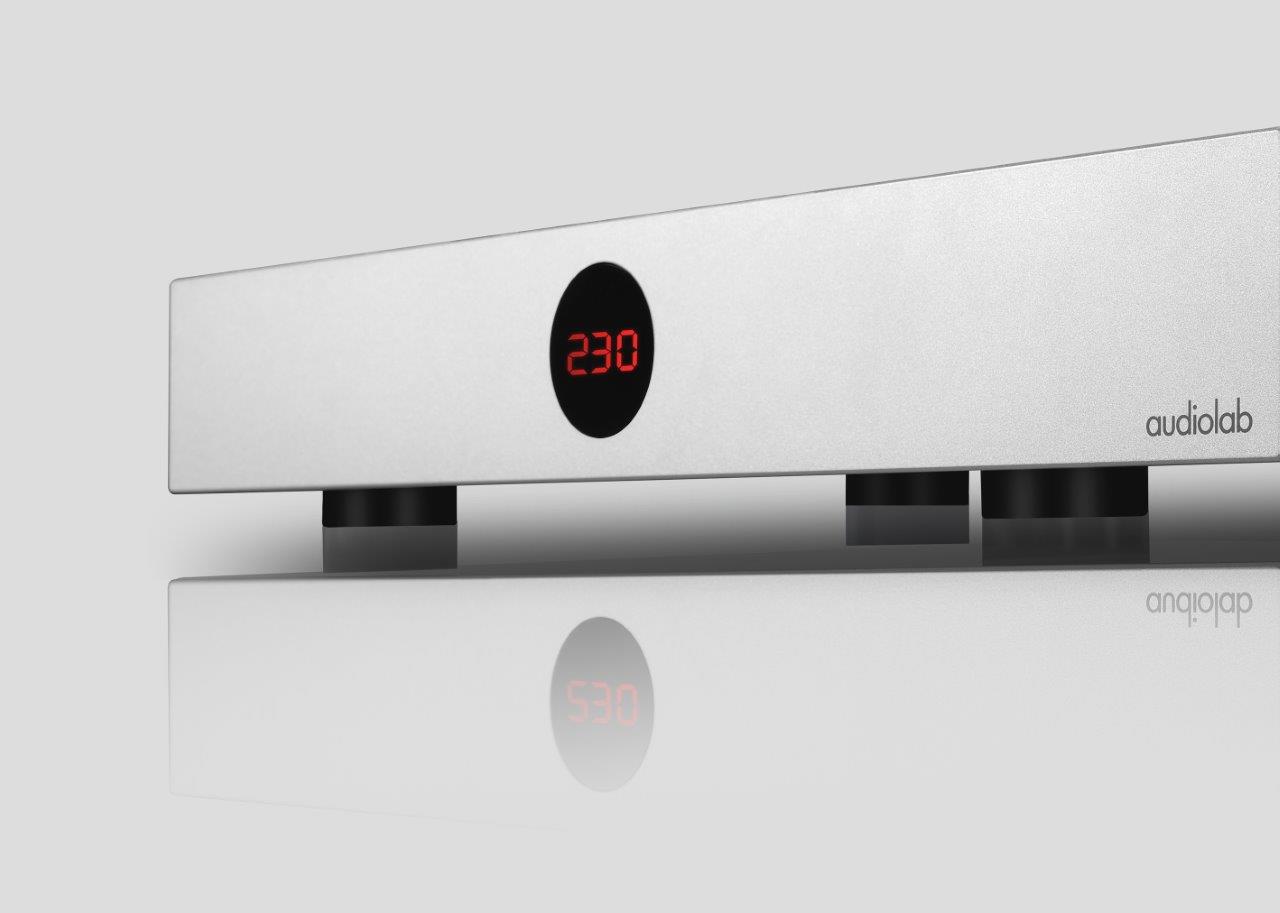 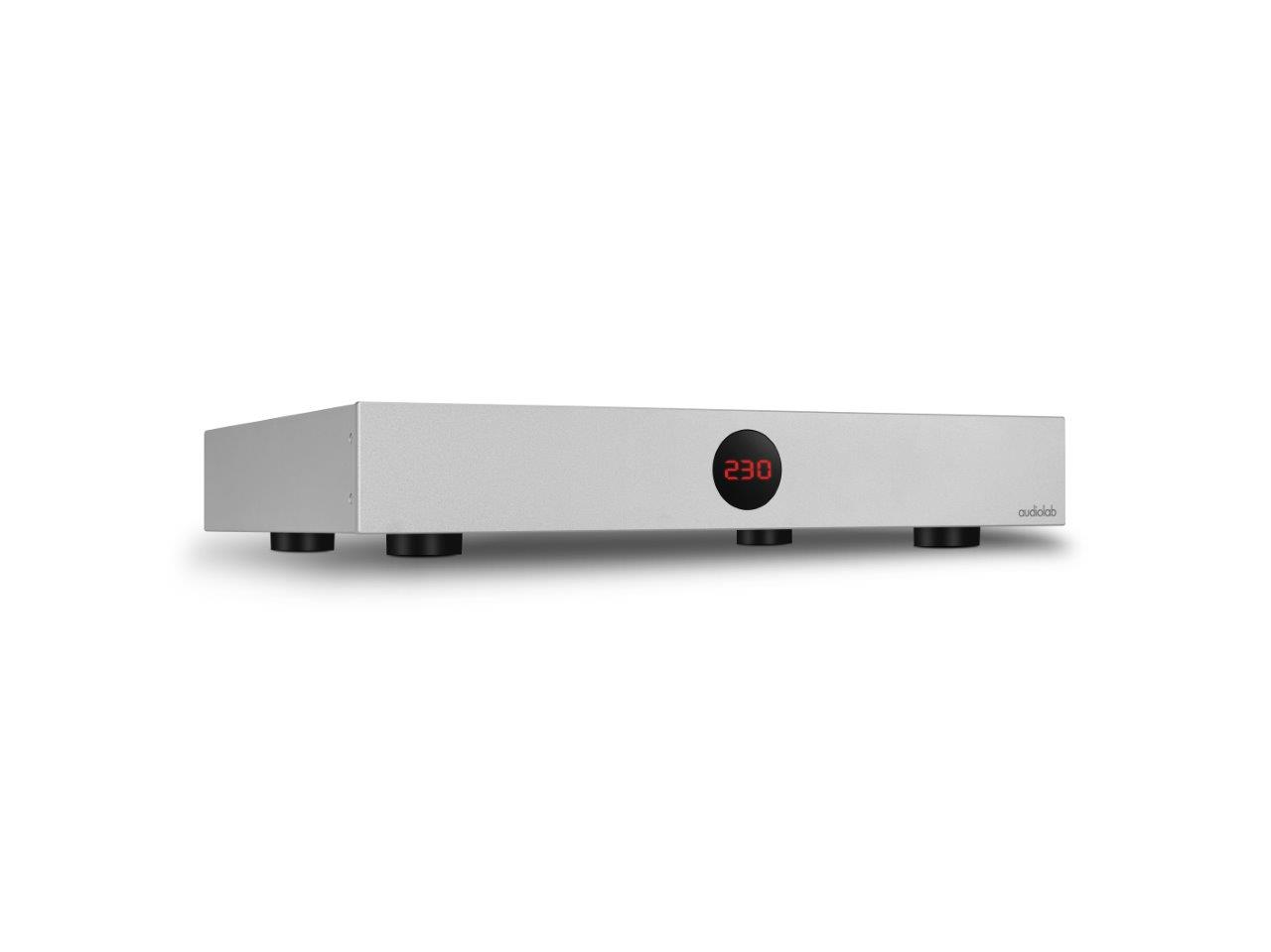 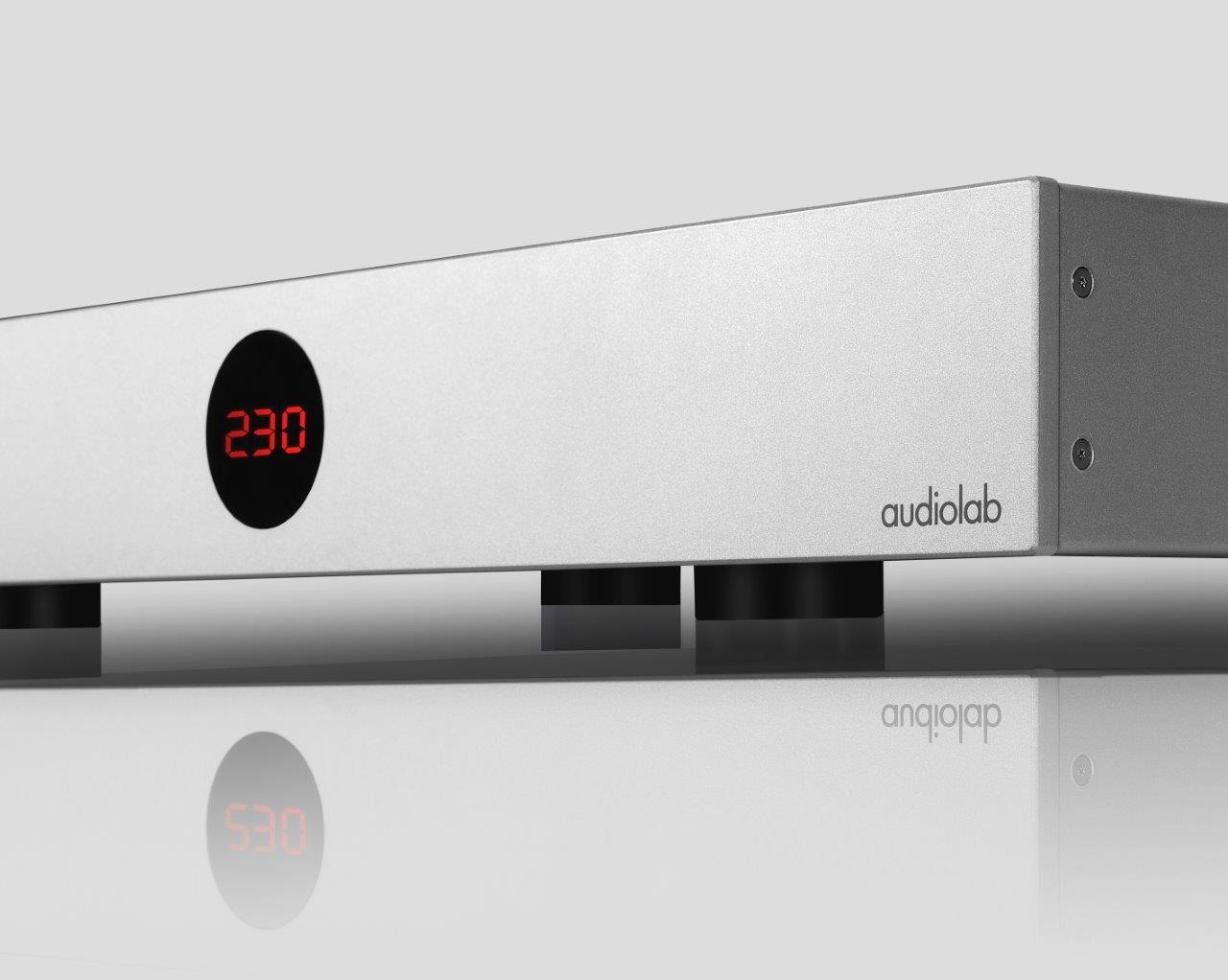 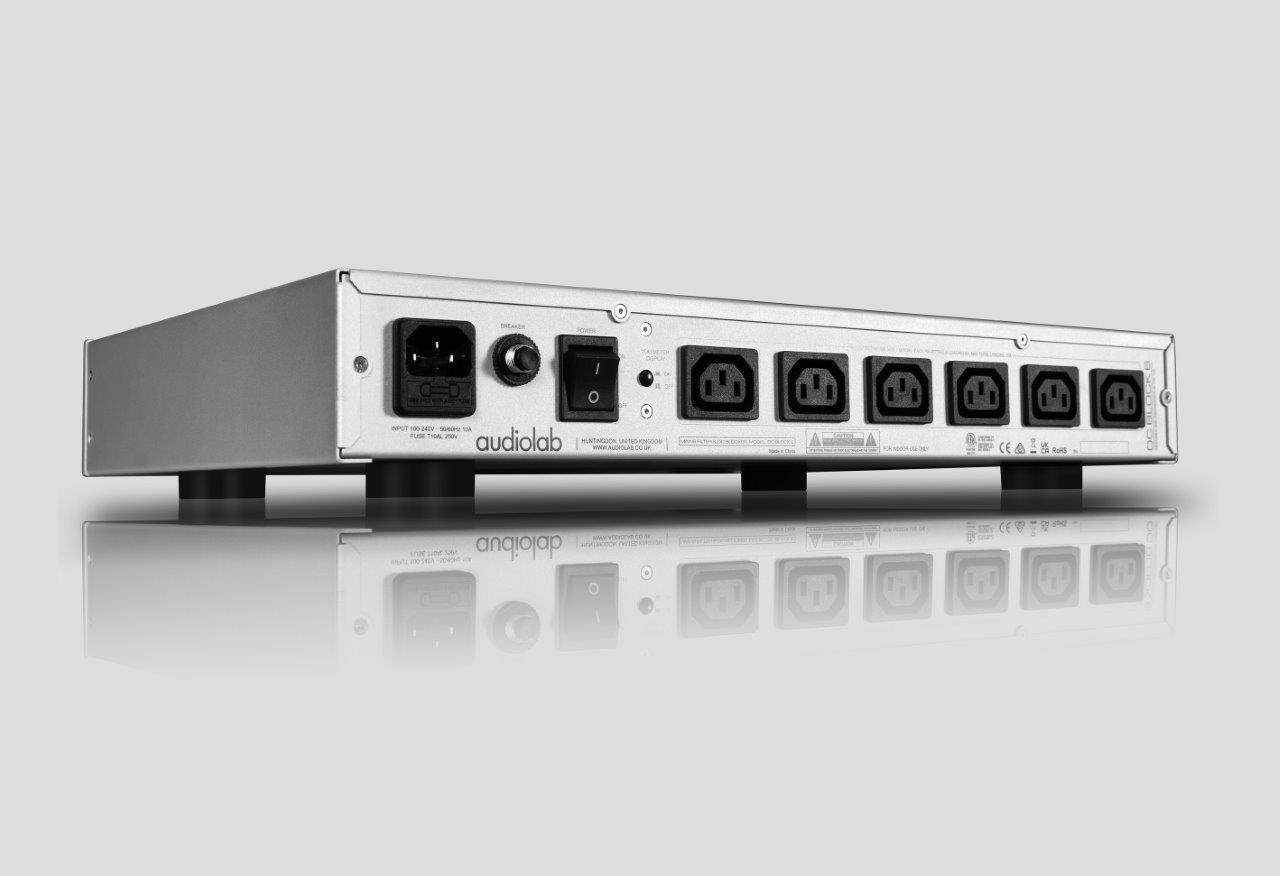 Audiolab’s DC Block 6 removes RFI/EMI whilst banishing ‘DC on the mains’, delivering pure, rebalanced power for up to six separate components in an audio or AV system says its creator.

Cambridgeshire, England –specialist Audiolab – known for its amplifiers and digital source components spanning four decades – released its first product designed to improve the quality of AC electricity fed to audio and AV systems. Priced at a shade under £100 and designed to connect to an individual audio component – an amp, for example – the dual-action DC Block’s effect on sound quality made it an instant success. For those who want to connect a DC Block to several components in a system, multiple units are

needed – each requiring connection to a separate mains outlet. But what if you want a whole-system solution and have only one mains outlet available? Then you need the new DC Block 6.

Serving the purpose of a six-way power strip, the DC Block 6 contains the same highly effective mains filtering and DC blocking technologies as the original DC Block, but provides six individually isolated outlets to deliver pure, rebalanced power to every component in an audio or AV system – the aim is to unlock the complete system’s true sonic potential.

Housed in an attractive aluminium enclosure, the DC Block 6 is proportioned to sit with standard-width source and amp components –– on the shelf of a Hi-Fi equipment support. At the front is an OLED voltmeter display which shows the measured mains voltage – this can be switched off if preferred. Around the back are six C13 IEC outlets; connect these outlets to the AC mains input of each audio component in an audio or AV system and use a single IEC cable to connect the DC Block 6 to a mains socket.

Power corrupts? Absolutely not with the DC Block 6!

Mains electricity has a fundamental influence on the audio signal as it passes through a system, from source to amp to speakers. The mains supply in a typical dwelling is subject to interference induced by a range of issues, causing the AC waveform to distort before it reaches each component. This creates noise in the audio signal, which degrades sound quality – a situation that continues to worsen as the electrical devices we use in our homes proliferate.

One common issue is ‘DC on the mains’ – a problem well known to affect the performance of audio equipment, especially amplifiers. In theory, the mains electricity obtained from the sockets in homes should be pure AC, with a perfectly symmetrical sine wave alternating between positive and negative phases. However, the presence of ‘asymmetrical loads’ – myriad household devices that use the AC energy available in the mains cycle unevenly, from dimmer switches to kitchen appliances to computer power supplies – causes the waveform to become offset, resulting in the presence of DC voltage on the AC supply.

The AC transformers commonly used in home audio equipment cannot tolerate the presence of significant levels of DC voltage without being compromised. Less than 500mV of DC – typical in an average household electricity supply – can be sufficient to cause toroidal transformers of the kind often found in amplifiers to become saturated, which adversely affects sonic performance and may cause audible mechanical vibration. By blocking, or cancelling, DC voltage found within the AC mains supply, the Audiolab DC Block 6 corrects the DC offset and rebalances the mains sine wave.

Tackling ‘DC on the mains’ is not the only benefit delivered by this dual-action device – it also contains a specialised, high-performance filtering circuit that removes RFI/EMI contaminants from the mains supply. This is effective in reducing both differential-mode noise (exacerbated by cheap switch-mode power supplies used by many home appliances) and common-mode noise (aggravated by airborne interference from phones, Wi-Fi networks and Bluetooth).

It’s creator says the combination of technologies ensures that the DC Block 6 does more than solve the problem of transformer saturation caused by DC on the mains; it also helps to unlock the sonic potential of every audio component to which it is connected. The noise floor drops and the sound gains greater focus, with reduced grain, improved clarity, better defined bass and ‘airier’ treble, claims the maker.

The Audiolab DC Block 6 all-in-one DC blocker and mains filter for audio and AV systems is available from November at an RRP of £349 end user price. It is available in black or silver and comes with a full set of power cables – six IEC C14 to C13 cables to connect its outlets to the user’s system components, plus a cable to plug it into the mains.