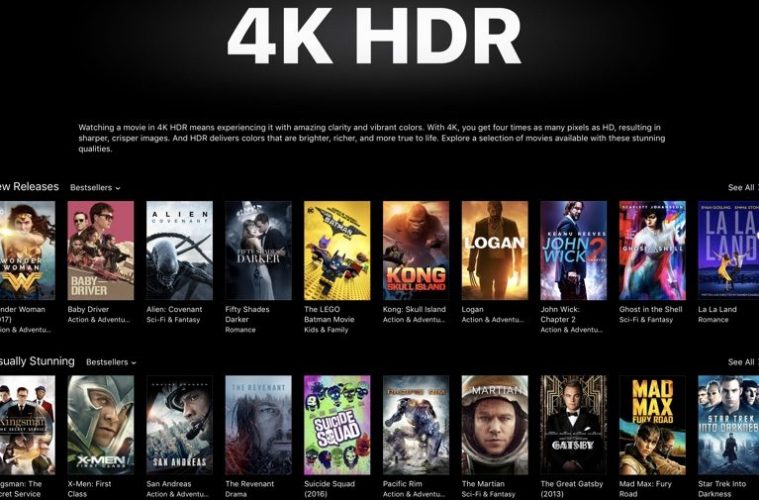 Apple raised a few eyebrows recently with the announcement of its 4K ready Apple TV product. As noted in CEPro Europe’s coverage, the new machine does support Dolby Vision, but not Dolby Atmos.

The platform is naturally keen to underline the content that will be available on the iTunes Store on Mac, iOS, and Apple TV now have several sections highlighting a range of 4K HDR movies that are available to purchase or rent.

The 4K section lists the movies broken down into categories like New Releases, Visually Stunning, Action & Adventure, Drama and Comedies.

Some key releases are going to be Wonder Woman, Baby Driver, Alien: Covenant, Logan, John Wick: Chapter 2, La La Land, and Harry Potter spin off, Fantastic Beasts and Where to Find Them.

4K content actually came online late last week and as Ce Pro reported, the 4K titles will be charged at the same rate as HD ones, around $19.99.

iTunes customers who have already purchased HD quality content can expect to see their HD films upgraded to 4K at no additional cost.