What Is HDR And Why Is It Such A Big Deal?

What Is HDR And Why Is It Such A Big Deal?

HDR is the latest technology to adorn modern TV sets and it’s being heralded as the true advancement in picture quality, with experts believing the technology is even more important than 4K Ultra HD. It’s no surprise either – while 4K UHD simply pushes through more pixels, leading to sharper looking images, HDR brings additional colours and a brighter image to the table. In essence, it improves the pixels rather than pumping through more.

HDR:10 is the standard that can be found on most HDR-compatible TVs launched in 2016 – and it really is the bare minimum that an installer should opt for when looking for an HDR TV. Unlike competing standard Dolby Vision, HDR:10 is an open standard available to all manufacturers and supported by the Ultra HD Alliance.

So what do users get when you install an HDR:10 TV? Well, HDR:10 brings a wider colour gamut, a 10-bit colour gamut to be exact. That’s a marked increase in the number of colours available on a TV set – which is typically 8-bit currently.

With 8-bit users get 256 shades of each of the primary colours; red, green and blue. While that may not sound like all that many colours, if you calculate the exact sum (256 cubed) then there are currently 16,777,216 colours available on the last generation of TV sets.

That all changes with 10-bit however, as with each primary colour there are now 1024 shades available. That means that with an HDR:10 TV, users now have access to over a billion colours – allowing content creators to showcase more detail than was ever possible before.

It’s not solely about the colours themselves however. HDR:10 also offers a boost in brightness. Most content is currently delivered to an average TV at a peak brightness of 400 nits. The HDR:10 standard, however, offers a little bit of a boost on top of that; raising the brightness to 1,000 nits. Many TVs are also now beginning to ship with localised dimming – which also enhance the black levels.

So that’s the results of HDR; but what exactly is it? Well any user with a smartphone should be familiar with the HDR abbreviation; it simply means High Dynamic Range. Essentially, in terms of HDR video, the feature increases the range of brightness in an image to boost the contrast between the lightest lights and darkest darks. That’s what results in the increased brightness, increased colour range and an improved greyscale.

Now that we know exactly what HDR and HDR:10 are, how about content? Well, content is gradually coming.

Netflix and Amazon both have HDR libraries available, with both opting to offers many of their original TV series in the format. That means the likes of Marco Polo and Mozart In The Jungle are available in HDR. It’s not just streaming services either. HDR:10 is also available on many UltraHD Blu-ray discs that are available to buy now – although there are currently only three UHD Blu-ray players on the market, which includes the Xbox One S.

What About Dolby Vision?

HDR:10 is not the only HDR format in town, and it’s not even the best. In fact, HDR:10 should be a starting point, with those wishing to get an even more impressive experience encouraged to go for Dolby Vision. So what is Dolby Vision?

Dolby Vision provides much of the same boost to content as standard HDR:10, but it goes one step further. In terms of colours, Dolby Vision doesn’t use the 10-bit standard, nor does it use the 8-bit standard, instead Dolby opted for 12-bit.

Thanks to its use of 12-bit colour, Dolby Vision is the first digital format available to the average consumer to get close to the immersive quality offered by analogue technology. That may sound extremely odd to say, but analogue formats don’t possess a colour-depth limitation and can theoretically offer infinite colours.

It’s also worth noting that 12-bit is the colour depth used by theatre operators to showcase 2D films in their cinemas (3D uses 10-bit). A Blu-ray disc at home has never looked as good as in the cinema, despite the two using the same resolution – 1920 x 1080. The improved picture is really down to that usage of 12-bit colour, and that’s now offered to the average consumer at home on their sofa.

It’s not just about more colours either, Dolby Vision also offers brighter pixels. While HDR:10 offers 1,000 nits, Dolby Vision smashes that, offering content at a peak brightness of 10,000 nits. While that’s the peak brightness, there’s currently not a single TV on the market that supports images that bright – in fact, the closest users are likely to get is around 4,000 nits. Dolby Vision is better future proofed however.

While all those features are great enhancements over HDR:10 – Dolby Vision’s killer feature is that it requires a dedicated chip that can perform some very special functions. This chip is what powers Dolby Vision’s unique metadata technology, which allows content creators to specify exactly how an image should appear on-screen. The metadata is done on a frame-by-frame basis, so those looking to enjoy content the way their creator’s intended need look further than Dolby Vision.

It’s this dedicated chip that also shows off the biggest limitation of Dolby Vision – and could prevent it from becoming the dominant format. That’s because it requires hardware manufacturers to actually integrate the chip into their TV sets – and that costs money. Manufacturers have thus far not flocked to Dolby Vision, despite its better performance. In fact, in the UK only a single TV manufacturer supports the standard – LG – and not a single UHD Blu-ray player or disc supports the format thus far. As far as content is concerned, the format is currently relying on Netflix in the UK – but there are hopes that will change soon. 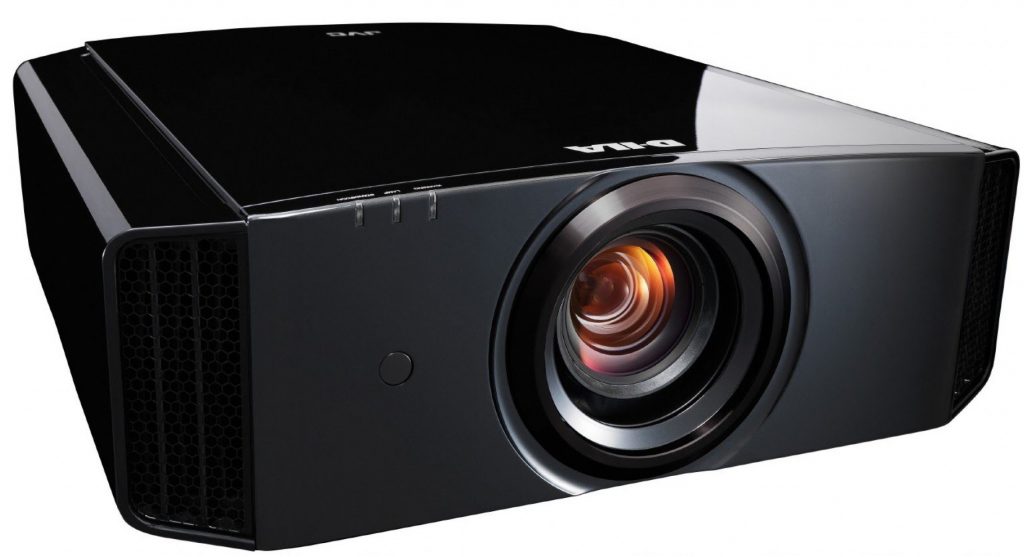 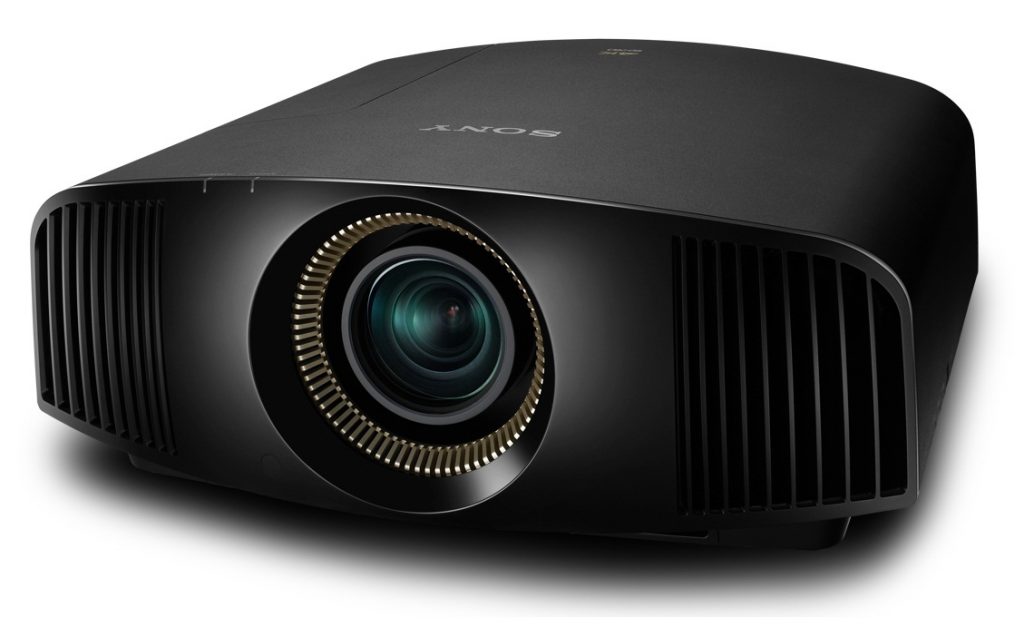 HDR:10 and Dolby Vision both have issues in the home cinema space however. If the user wants the very best HDR experience or Dolby Vision, then they will have to sacrifice the advantages that come with having a projector. That’s because, as it stands, there aren’t many 4K projectors on the market that meets the Ultra HD Alliance’s HDR specification. There’s also not a single projector on the market boasting Dolby Vision – unless you count commercial cinema projectors, of which Christie make a few.

It’s no surprise that projectors have not quite made the grade. To meet the Ultra HD Alliance’s HDR standards a projector would need to be capable of producing a brightness of roughly 300fL (1000 nits). For the average consumer with a 120in screen if we assume 1.0 gain, that’s 300fL * 43.75sqft = 13,125 Lumens – that’s far above many of the home cinema projectors on the market currently, which tend to top out at around 1,000 – 2,000 lumens.

Of course, those with cash to spare will be able to get close to that brightness. Michael Bay’s home cinema boasts Barco’s Prometheus-class projector, which is capable of a brightness of 24,500 lumens. While it doesn’t support HDR right now, it’s set to get an upgrade next year thanks to support for Barco’s Alchemy media server.

Barco does offer a projector which is capable of meeting the majority of the Ultra HD Premium specifications – the ultra-bright Thor 6P projector. This projector boasts compatibility for BT.2020 and punches out 18,000 lumens and 940 ANSI contrast. When paired with Barco’s new alchemy media server, which features HDMI 2.0a, HDCP2.2 and HDR 10, then this projector is a real beast.

While many of these projectors don’t meet the Ultra HD Alliance’s standards, they all promise an enhanced experience versus non-HDR projectors. At CEDIA 2016 many projector manufacturers revealed new projectors boasting HDR support, or at least teased that one was in the works, so watch this space to see how the technology effects the home cinema projector industry.