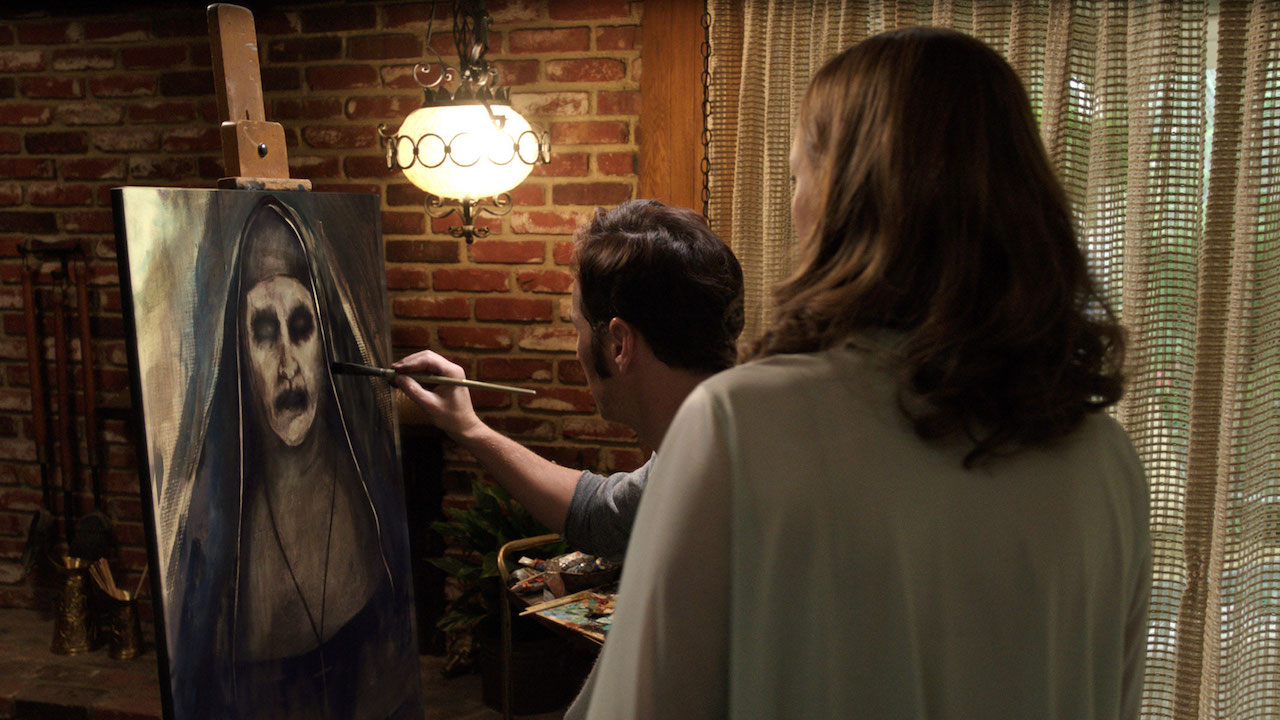 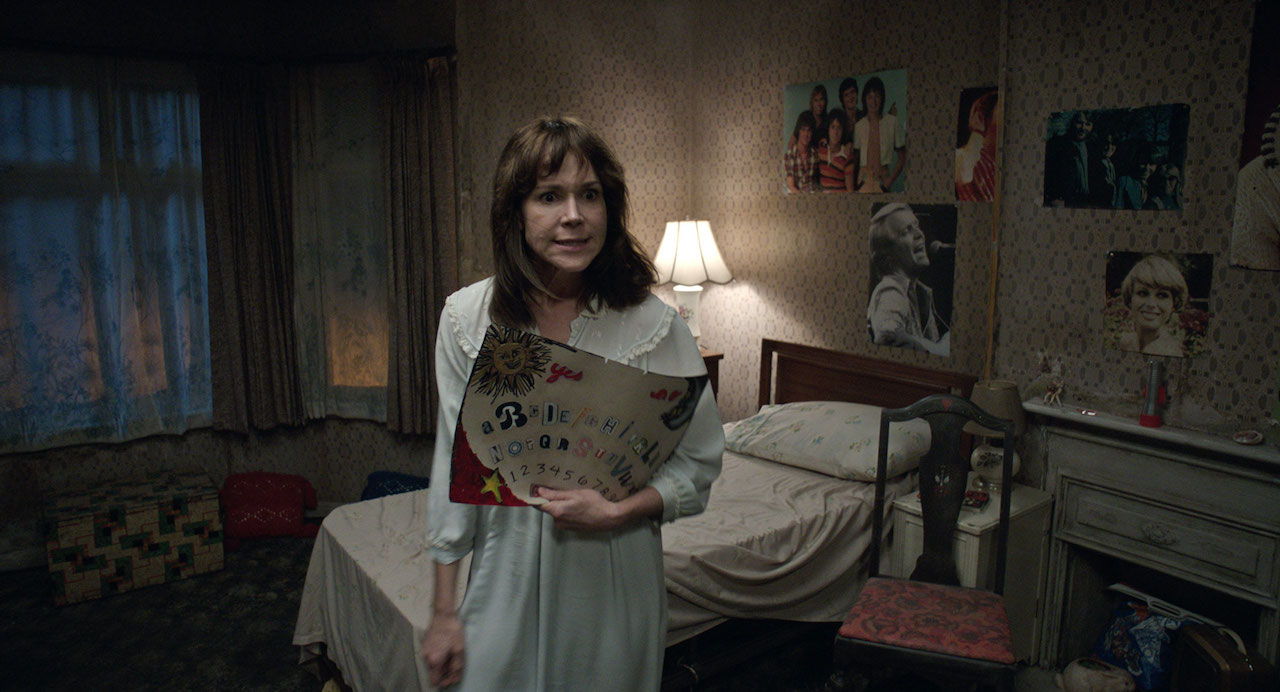 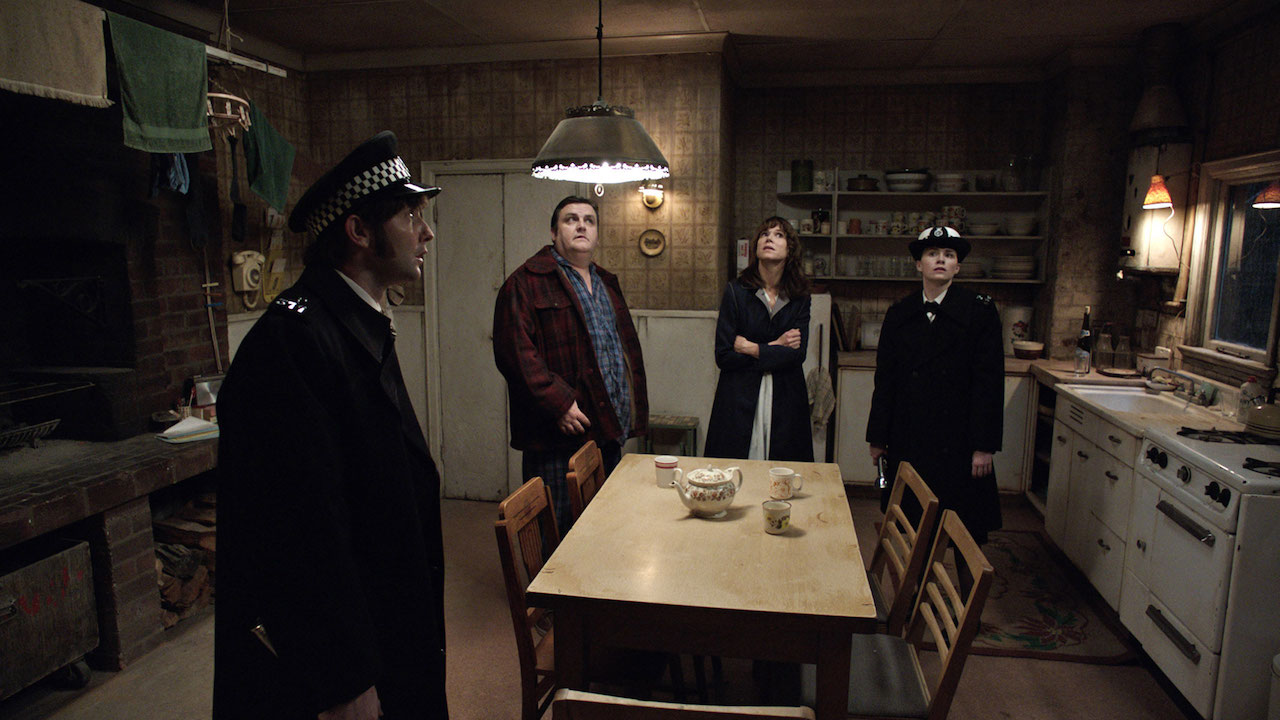 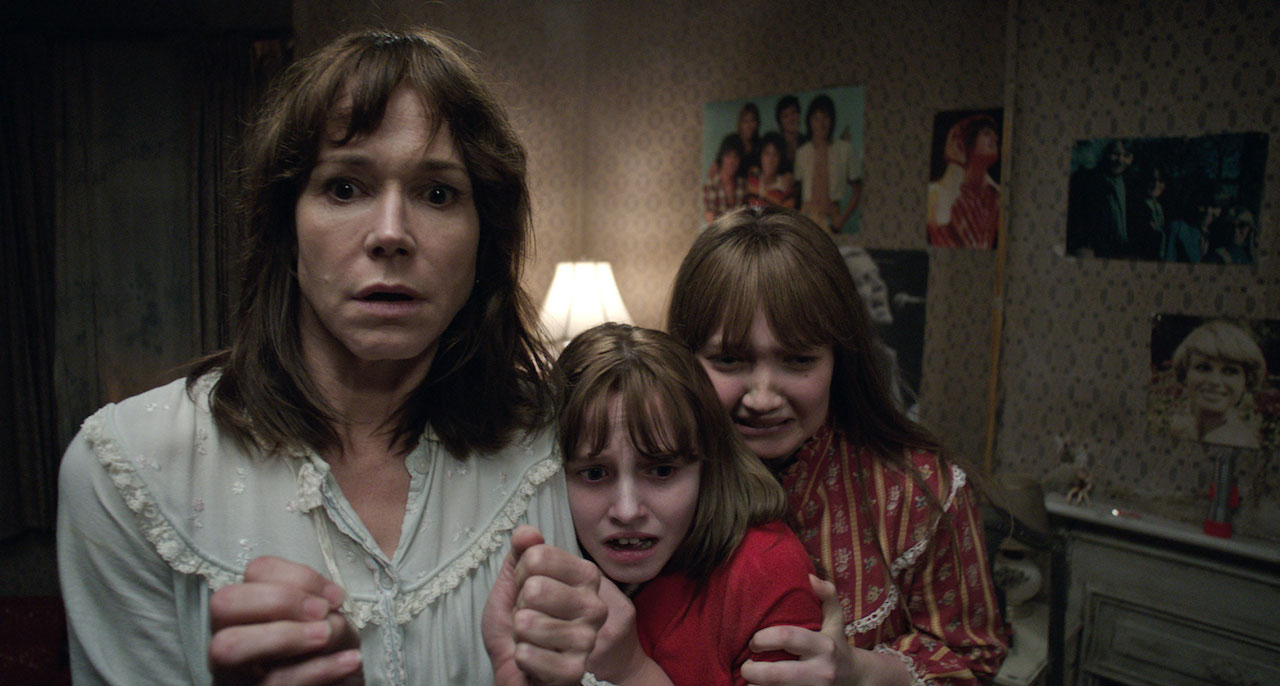 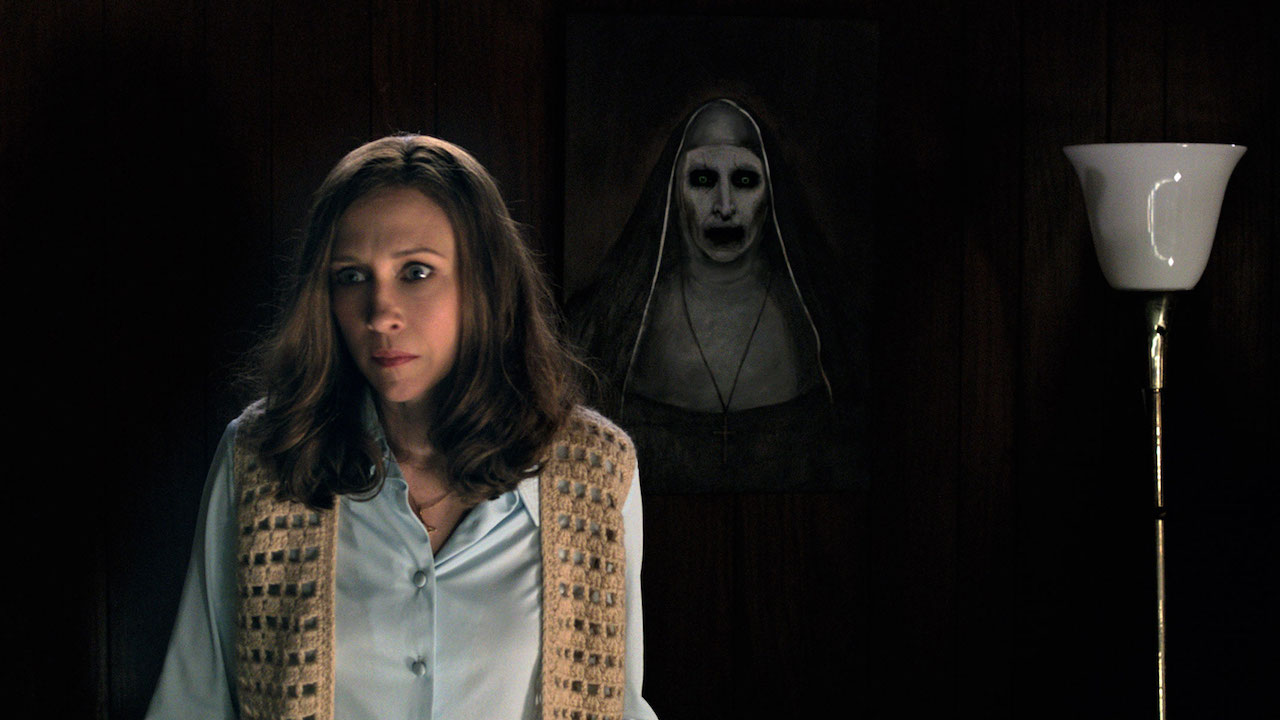 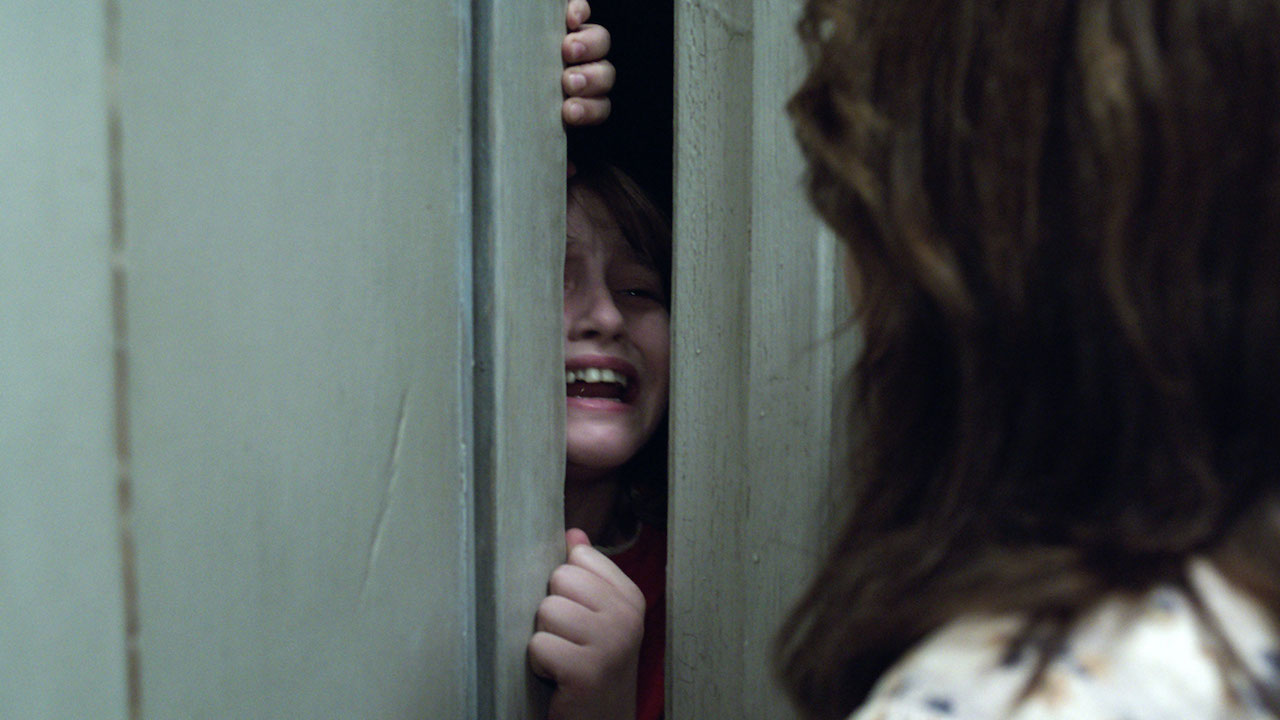 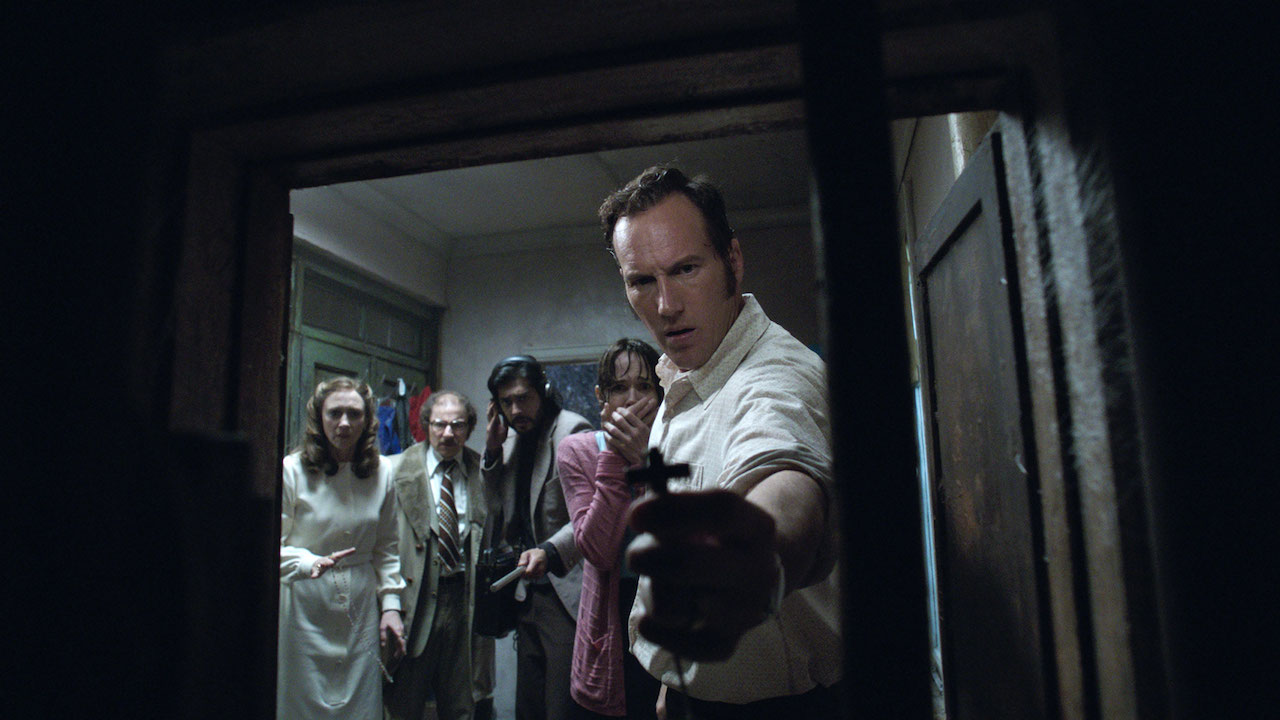 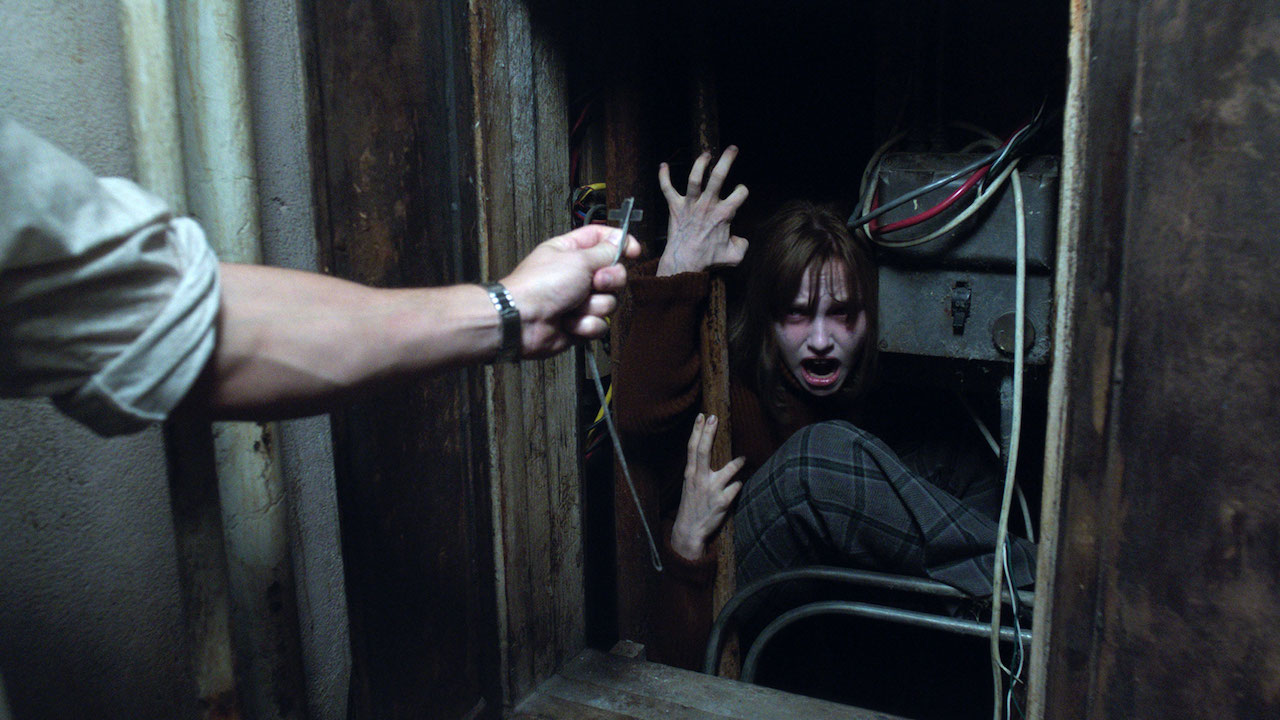 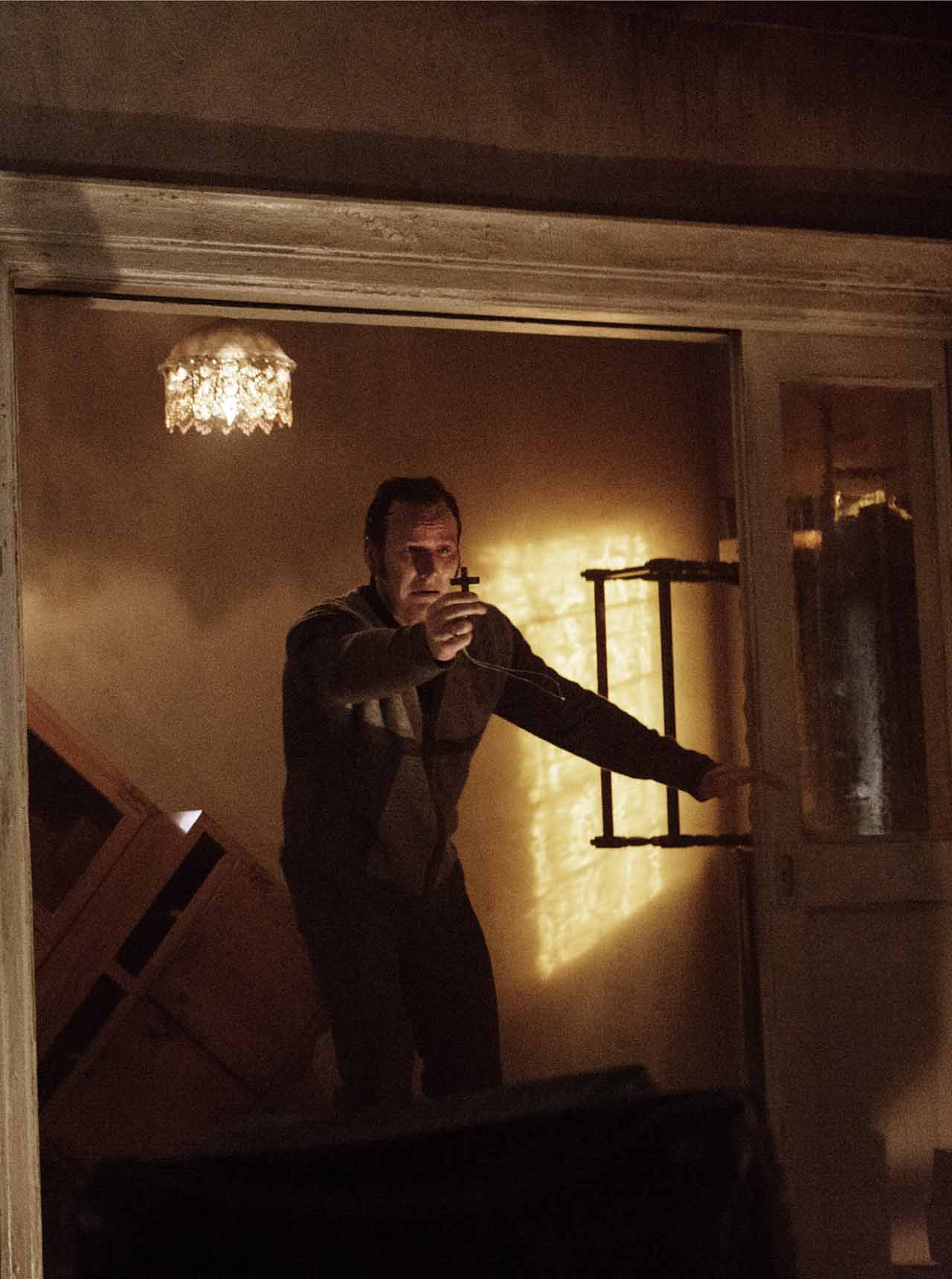 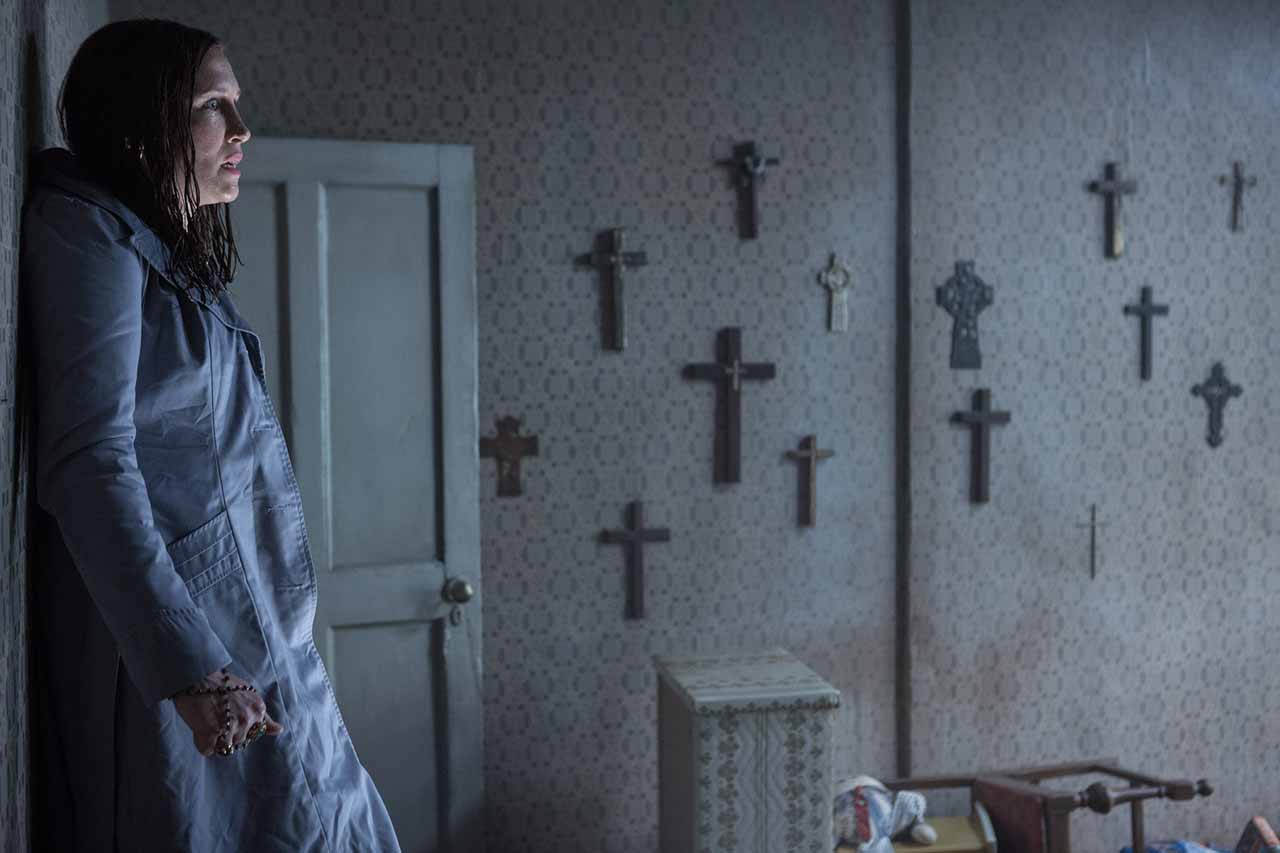 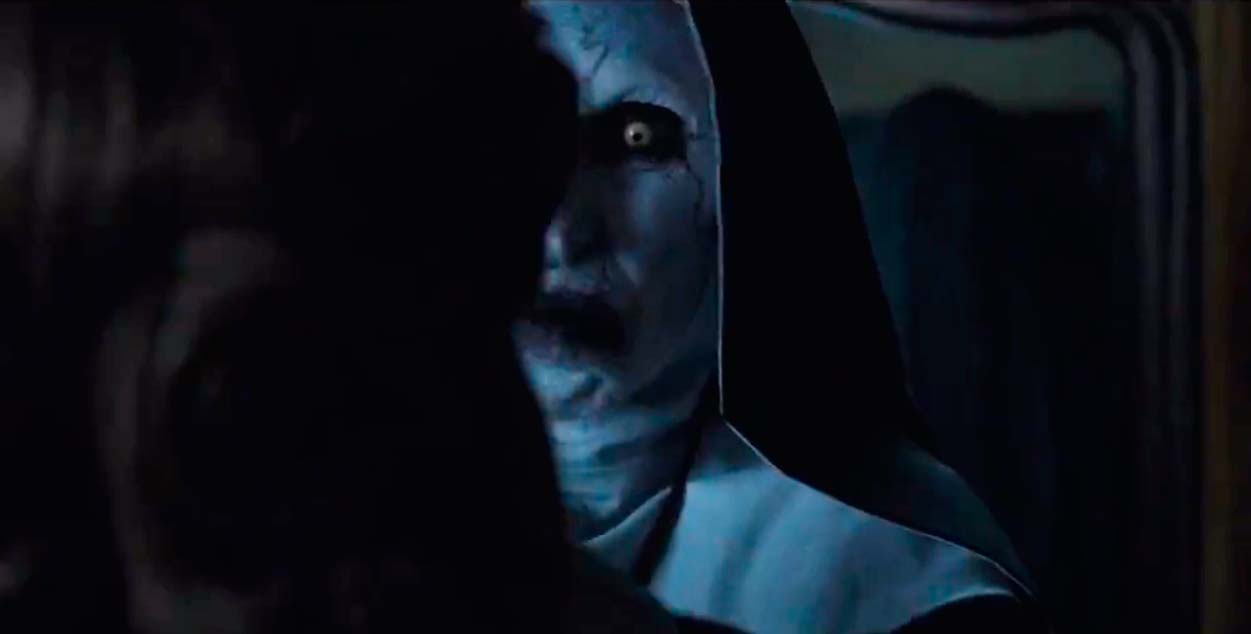 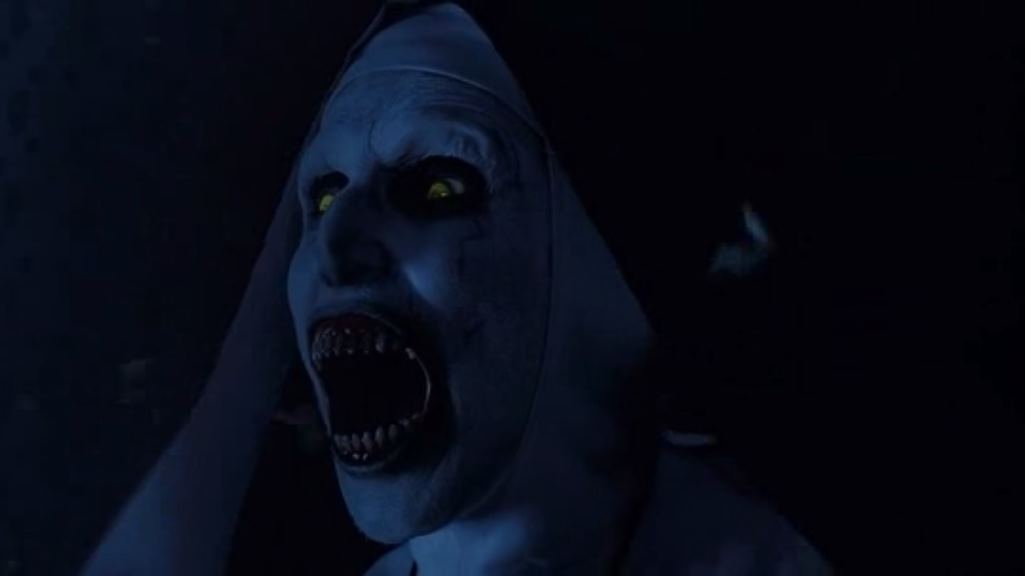 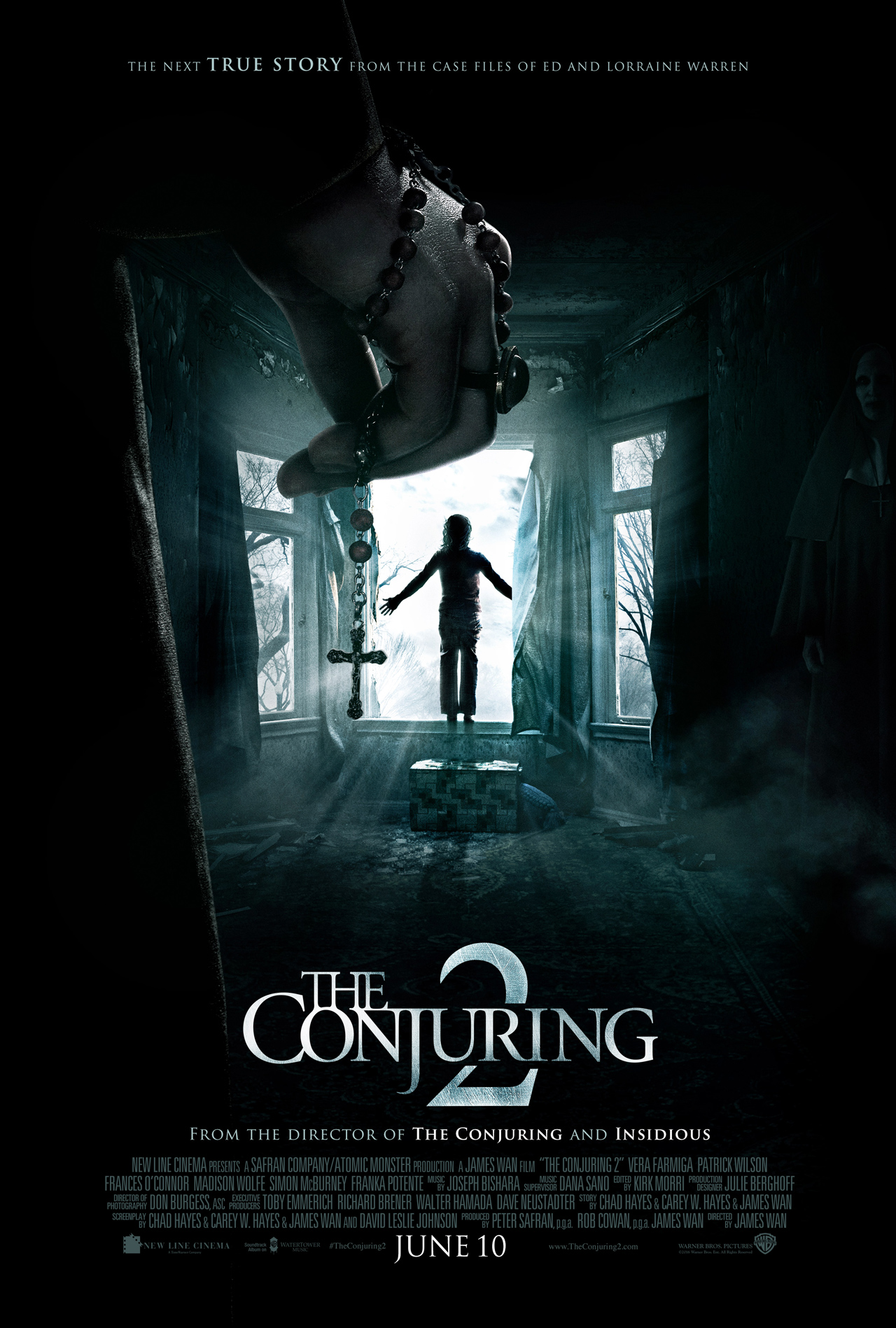 Fresh(ish) off the heels of the surprisingly decent 2013 horror movie, The Conjuring, James Wan’s The Conjuring 2 was recently released on Blu-ray in Dolby Atmos. The slick 2016 sequel sees ghost-busting couple; Ed (Patrick Wilson) and Lorraine Warren (Vera Farmiga) cross the pond to attempt to rid the Hodgson family of the (supposed real-life) ‘Enfield Poltergeist,’ which seems intent on terrorising the family in the way that all movie ghouls seem to.

Although not exactly a standout film, The Conjuring 2 does highlight the great potential that lies within 3D audio’s ability to terrorise audiences, even on a 5.1.2 system.

The tone is set with a stress-inducing string soundtrack complete with Omen-esque male choir; a tense séance is taking place. Lorraine has partaken in more than her fair share of supernatural experiences, but is (quite rightly) disturbed after seemingly predicting her husband’s violent death. It is in this ‘vision’ that we are introduced to the film’s most disturbing (although somewhat awkwardly shoehorned in) character: a demonic nun. Forget fight or flight, surely upon seeing that…thing at the end of your hallway the only option would be to hurl oneself out of the nearest window and be done with it.

And it is in these deafening ‘jump scare’ moments that Dolby Atmos generates some true jolts; (CE Pro Eu may or may not have screamed three times during the screening).

Questionable cockney accents aside (“I fink I’ve bin sleepwalkin’ again,”) the film transports viewers back to dreary 70s England, The Clash’s London Calling plays as a nod to the decade. Wasting no time to pack in the scares, the slightly over-length feature (2 hours, 23 minutes) eases viewers into familiar haunted house territory: girl plays with a Ouija board, a menacing ‘presence’ makes itself known little by little, the intensity of each ‘visit’ ramping up each time until the family can take no more. It is quickly time to call in the professionals.

Although by no means the film’s best use of Atmos, the 3D audio format is however, cleverly used to suggest that the youngest child’s not-at-all creepy zoetrope will become significant later on; the camera swoops through the drab room the ‘Crooked Man’ toy is being played with in, into the hallway beyond – leaving the device ‘behind’ the viewer. The zoetrope’s distinctive ticking noise and tinkering tune very distinctly trail behind the listener as the camera lurches into the gaping mouth of an erected tent at the end of the hall (which yes, provides its own scare later when the poltergeist plays to-me, to-you with a toy truck).

Jump to chapter four at the 37-minute mark, where the viewer is poised for some nocturnal paranormal activity: big sister has put on headphones before bed. After hearing a booming knock at the bedroom door but upon opening it, finding nothing but excruciating silence, younger sister Janet (Madison Wolfe) returns to bed in what CE Pro Eu can only refer to as ‘the Exorcist bed scene’. Placing a chair against the door to keep unwanted things out (only for it to promptly slide across the room), this leaves Janet with the option I think we’d all take at this point: hide under the covers.

Here, Atmos is fantastic at creating an almost unbearable level of suspense; the camera focuses tight on a trembling Janet (props to the young actress here, by the way), leaving the audience to see what she sees, or more importantly, hear what she hears. As the spirit menaces above her duvet (and seemingly, the audience’s head), all we can collectively do is hold out breath and wait for the scare, and boy does it deliver. The Atmos effect works its way around the listener as beds start jumping and furniture starts flying: it’s absolute chaos.

“Although not exactly a standout film, The Conjuring 2 does highlight the great potential that lies within 3D audio’s ability to terrorise audiences”

Another notable use of Atmos is not a big scene, however it makes a compelling argument for ceiling or upward-firing speakers. Chapter five (around the 41-minute mark) sees the police visit the house to investigate. The spirit chooses this moment to do some Feng Shui upstairs, dragging heavy furniture above the characters’ (and the viewer’s) heads.

Another great use of Atmos arrives in chapter eight around the 1 hour, 11 minute mark: it’s England; so naturally, it’s raining – hard. The investigators are sceptical, asking Janet to hold some water in her mouth to see if she can still do her croaky possessed voice.

The questions Ed asks the spirit are fairly mundane, as are the answers supplied by ‘Bill’ as he talks though Janet, however Atmos lends an unnerving aspect to this scene: the wind and rain howls outside while the old house creaks and groans above the viewer’s head. It’s subtle, but well executed.

The final standout use of Atmos is in chapter eight around the 1 hour, 20 minute mark, where determined to stay in bed at night, Janet ties a rope to her wrist and loops it to the bedpost. Unfortunately, this apparently doesn’t deter poltergeists too much, as before she knows it she finds herself pinned to the ceiling of the lounge, looking down at dear old Bill in his rocking chair below.

As ‘Bill’ makes his way upstairs, all Janet and the audience can do is watch (and hear) him slowly traipse up each creaking step, with the sound then clearly transferring to the room above her head as he enters a bedroom. This is effectively conveyed for the listener at home, even using upward-firing ceiling speakers.

Verdict: Failing to hit the mark as the first instalment did, The Conjuring 2’s haunted house template is all too familiar to horror fans, making the over-length film’s resolution inevitable. Impressive cinematography, crafty use of Dolby Atmos and a few popcorn-spilling frights aside, the movie is ultimately let down by a loss of pace and an awkward insertion of its star scarer: the nun, who barely features, instead pulling our focus to a confused otherworldly presence with some Casper-style unfinished business. However the filmmakers clearly sense that this character has more to give: a spin-off film titled The Nun is currently in development.