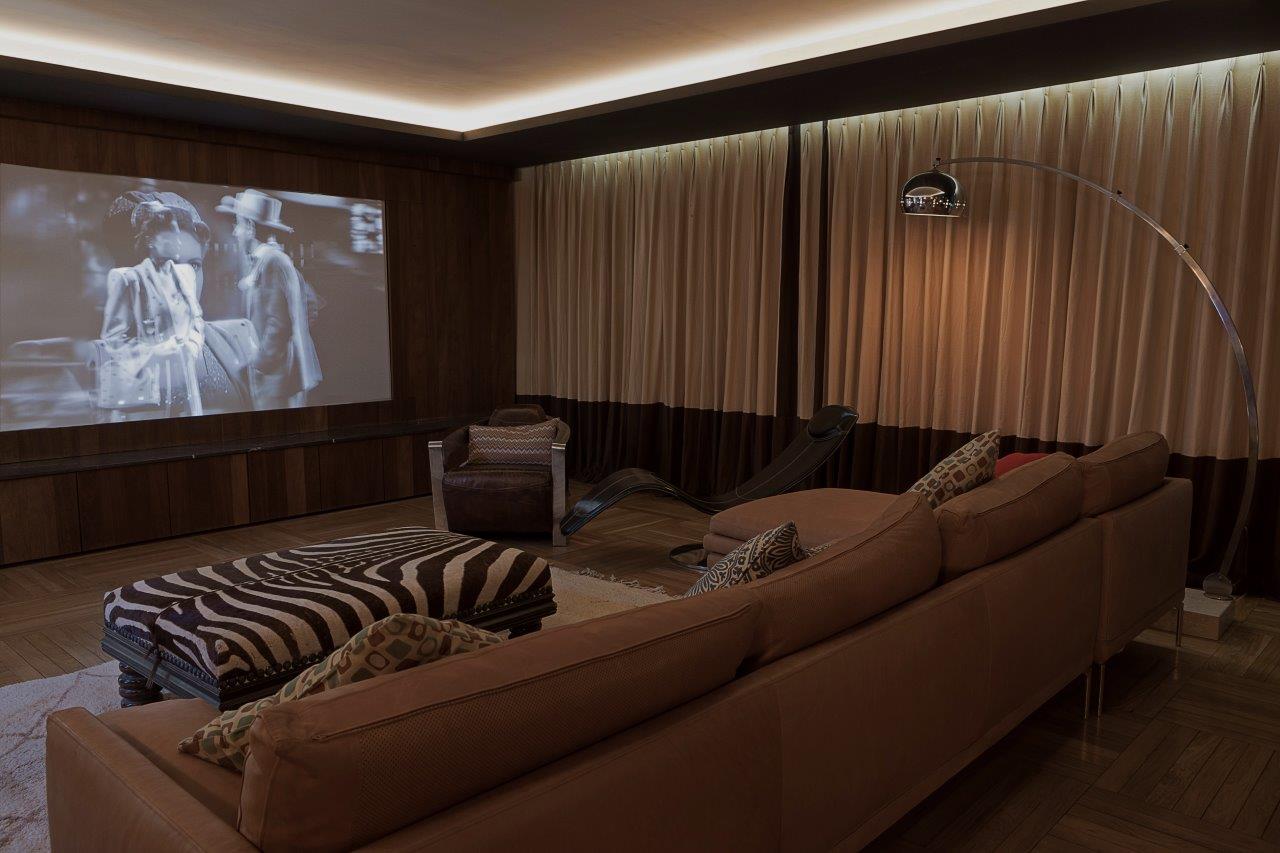 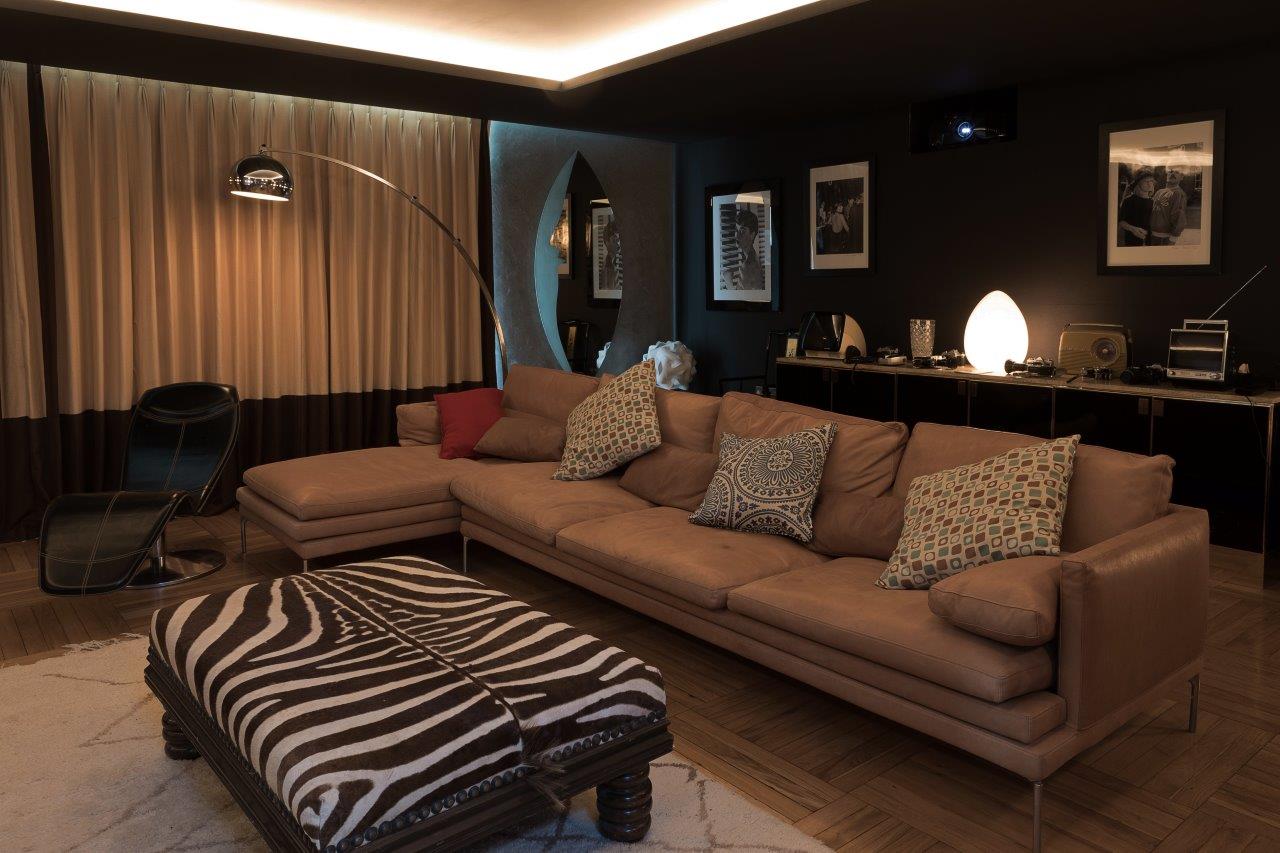 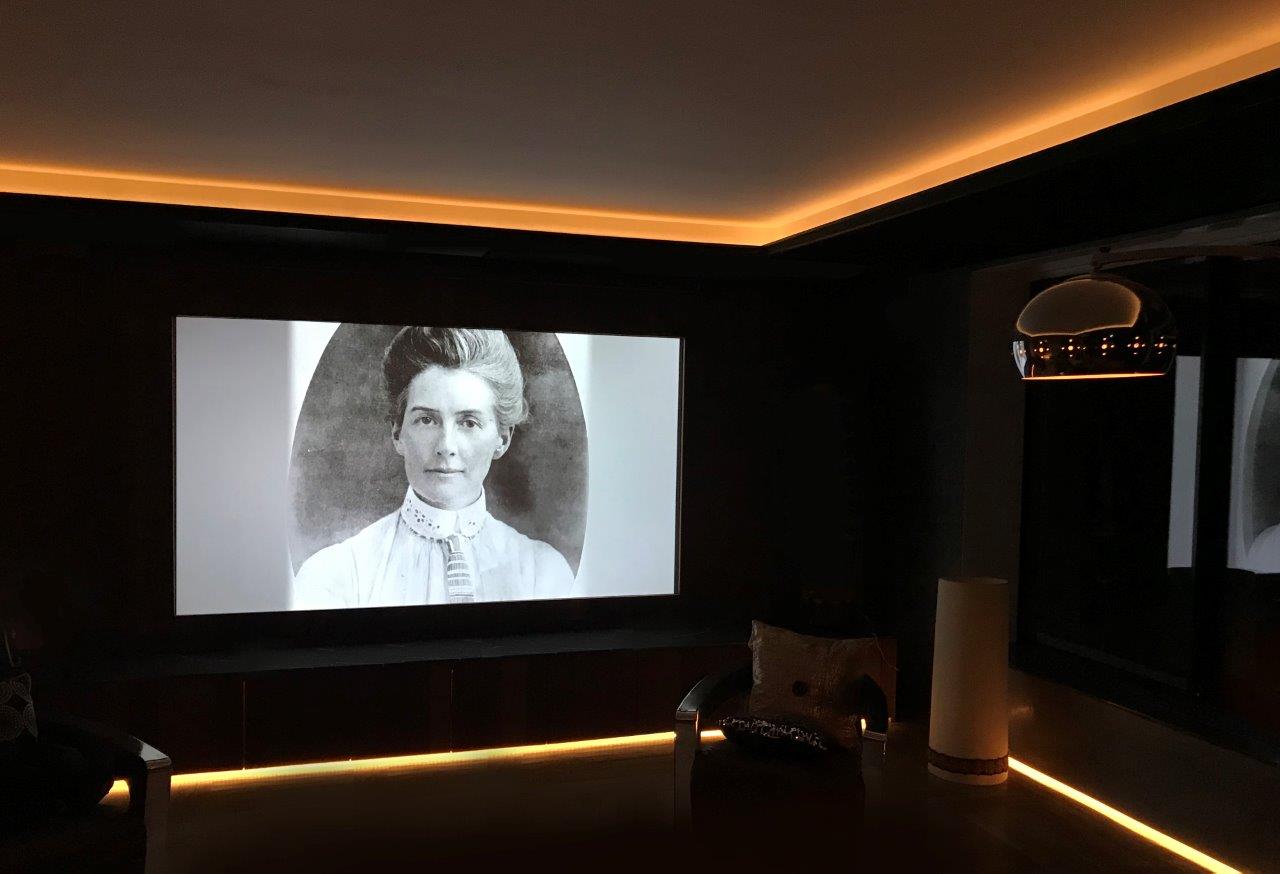 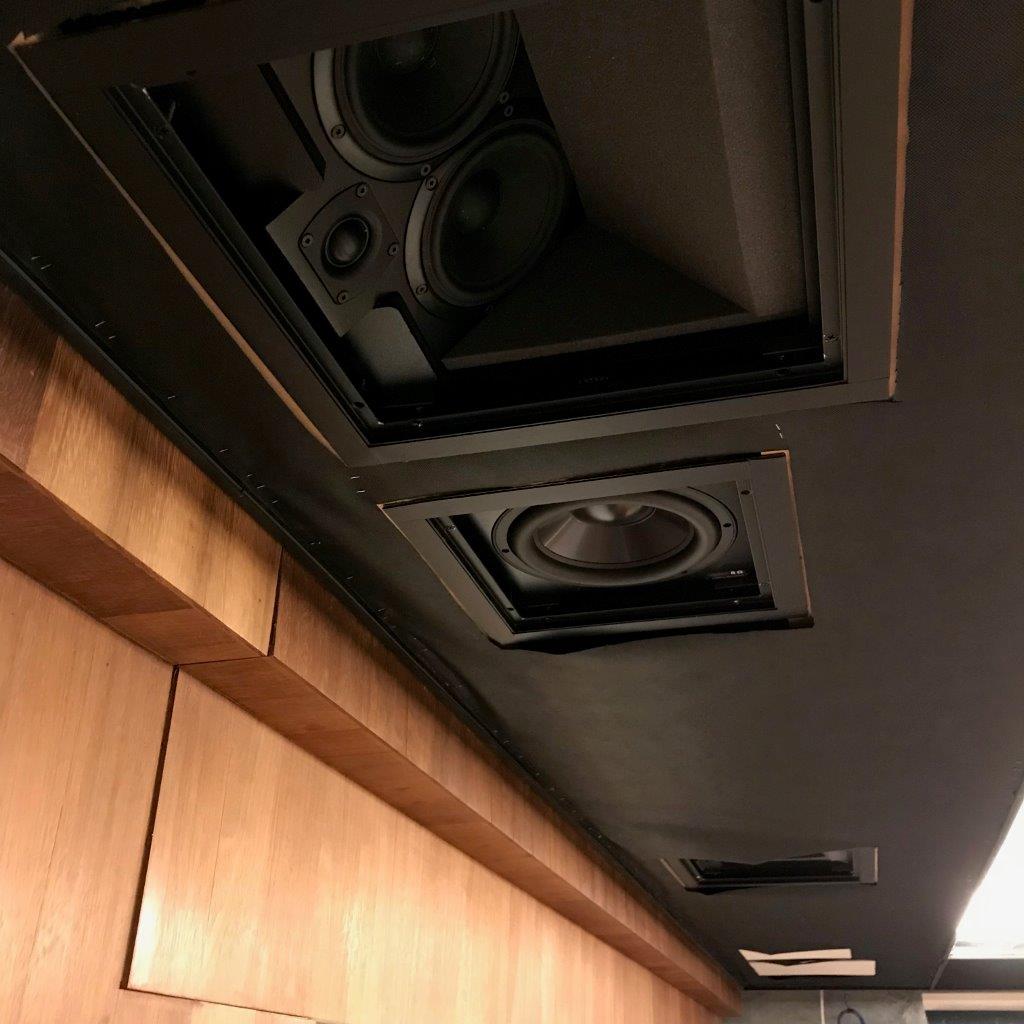 Winner of the Media Room Level I Award at the recent CEDIA Awards 2020, Zak Vracevic, owner and director of London-based M.E.G.A. AV Installations, gives the tour of this attractive ‘retro media room’.

This media Room was a part of a big house project in Oxfordshire. Zak explains, “With the clients not being happy with their previous home cinema, we decided to take extra care and time in the design process. The audio side needed to be perfect as they could not understand dialogues clearly in their old room.”

The room in itself was very challenging, with an old stone wall on one side and a very large glass wall / window on the other creating some serious structural and acoustic challenges.

Zak says, “We had to use the ceiling for all the speaker locations as well as acoustic treatments. Because of this we could not go Dolby Atmos route and settled for 7.2 surround. L/C/R speakers and two subwoofers were mounted above the projection screen.

“We used Triad Bronze series in-ceiling models as they are angled in their back boxes, firing right at the seating position. Having regular ceiling speakers, firing at the floor would significantly reduce sound dispersion and ruin the soundstage. Triad bi-pole speakers were used for side and back surround effect.”

Every inch of the remaining ceiling drop, surrounding coffered ceiling, was filled with dense Rockwool to absorb low-end soundwaves and a number of 3D diffusers were placed to combat reflections from the floor. As for the back-wall, the team turned this into a large (30cm deep) bass trap with the middle section populated with large Auralex 3D T’fuser diffusers.

The issues created by the large glass wall were combated with heavy curtains, operated by motorised Lutron curtain track and a Control4 remote. Completing the AV story, a Sony 4K projector was above in the deep wall recess

Zak also explains, “The client was not keen on seeing the screen’s black drop section nor tension wires, so motorised screen was mounted behind the timber panelling with a cut-out the same size as the screen. When the screen is down, no black edges, no black screen drop section or tension wires are visible. When screen is up, viewers can enjoy the big artwork mounted on the back wall. Storage units were built under the screen to house the extensive collection of Blu-rays, DVDs and CDs.”

For further aesthetic appeal, the ceiling area around the coffer section and the whole of the black wall was covered in black acoustically transparent fabric, hiding all of the speakers and acoustic treatments too.

The whole room is operated with Control4 remote which triggers a series of macros with a press of one button to fire up the cinema.  Lutron lighting controlling various LED strips and lamps completes the picture.

Some nice fixes real world here for commonly encountered problems in a media room situation where often an installer has to work with what is there, rather than having a little more room for manoeuvre in a dedicated space. Well deserved of its CEDIA Award 2020 recognition.

Zak sums up, “The end result was very pleasing to the eye and the ears too! The clients are delighted with end result and especially with crisp and clear sound delivering dialogue and movie audio as intended.” 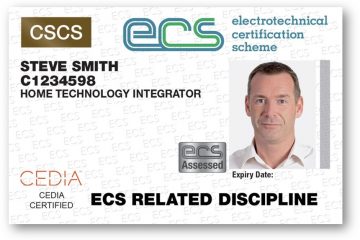