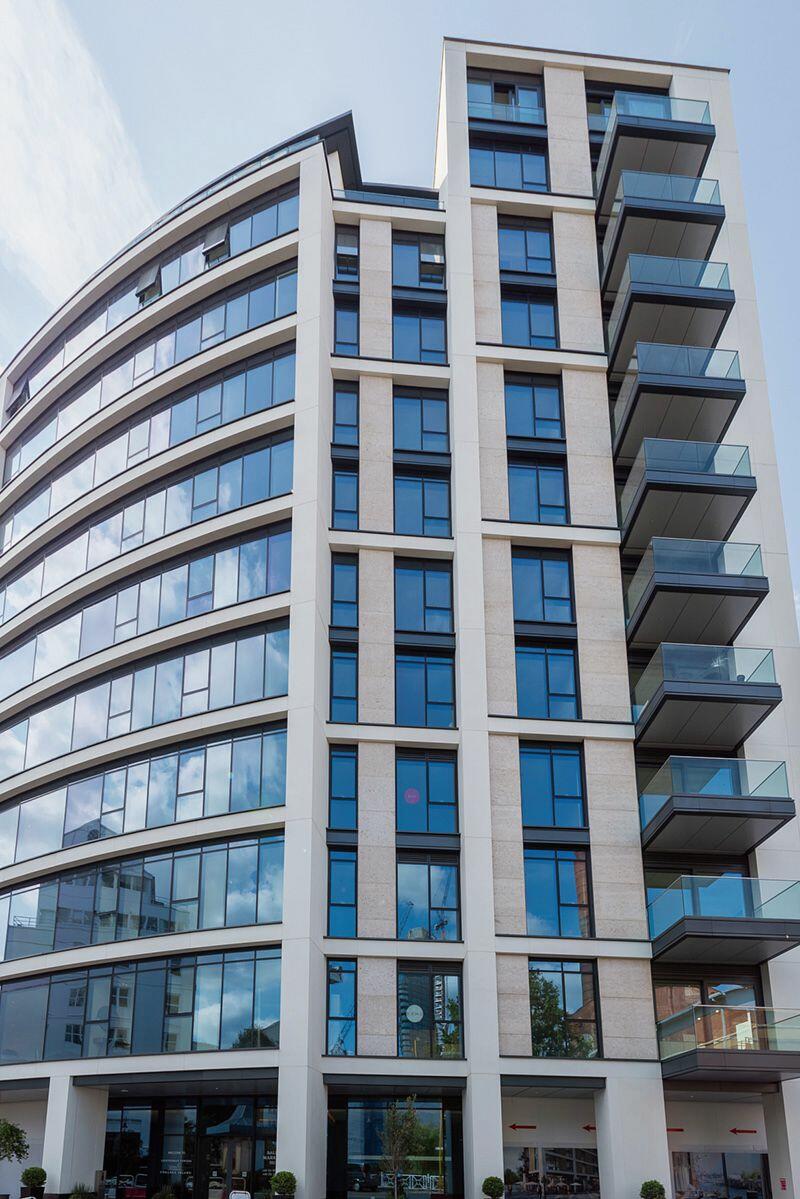 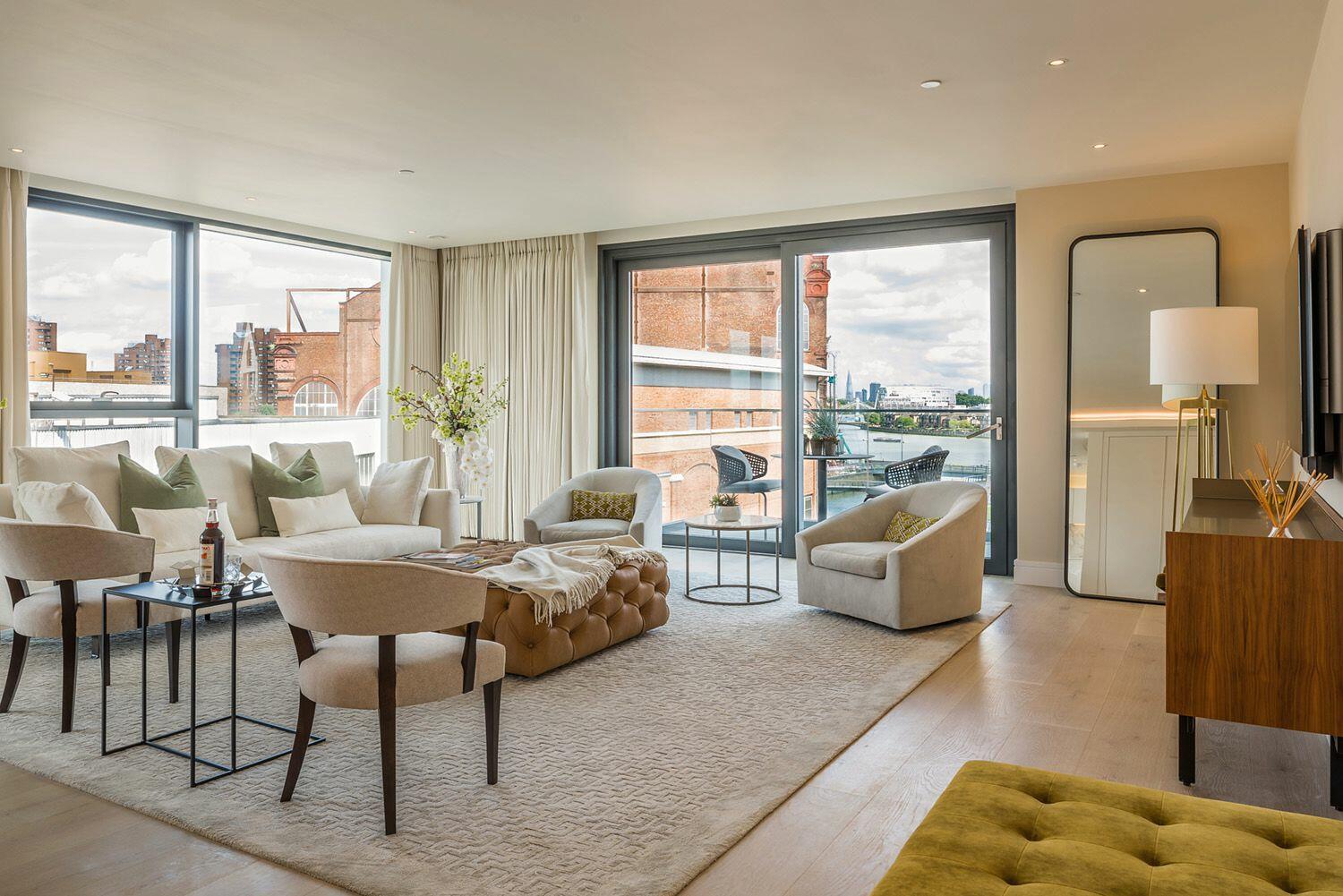 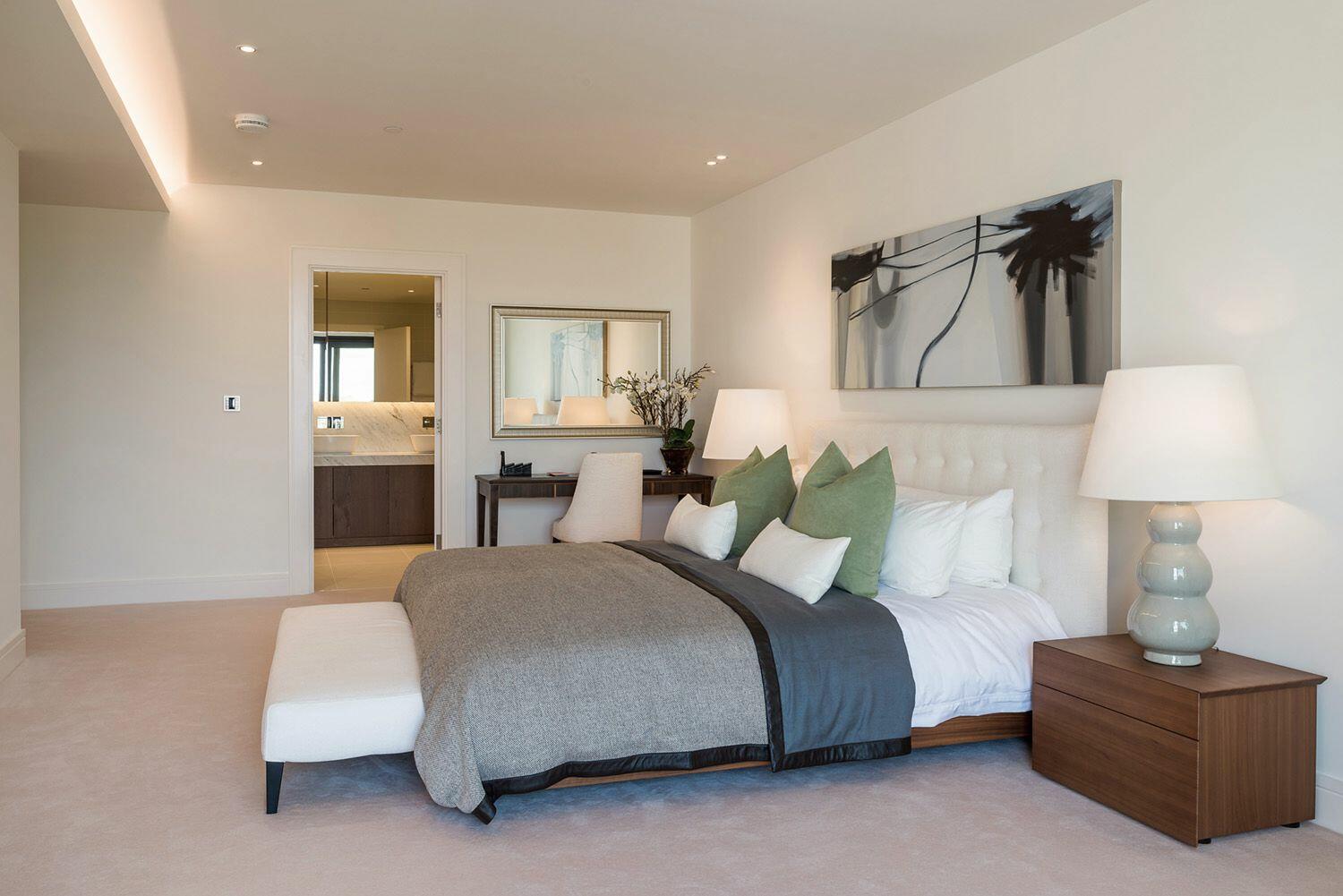 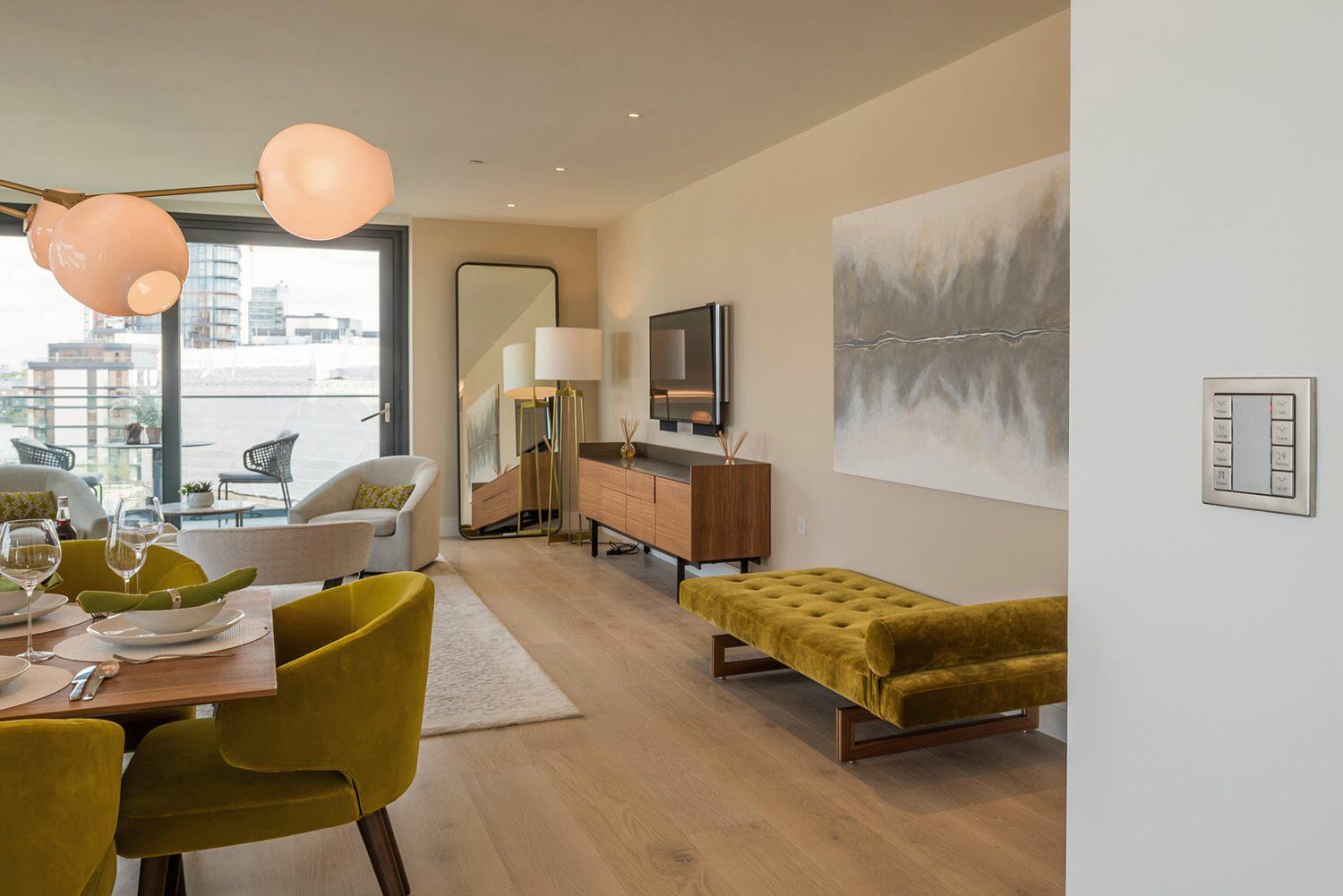 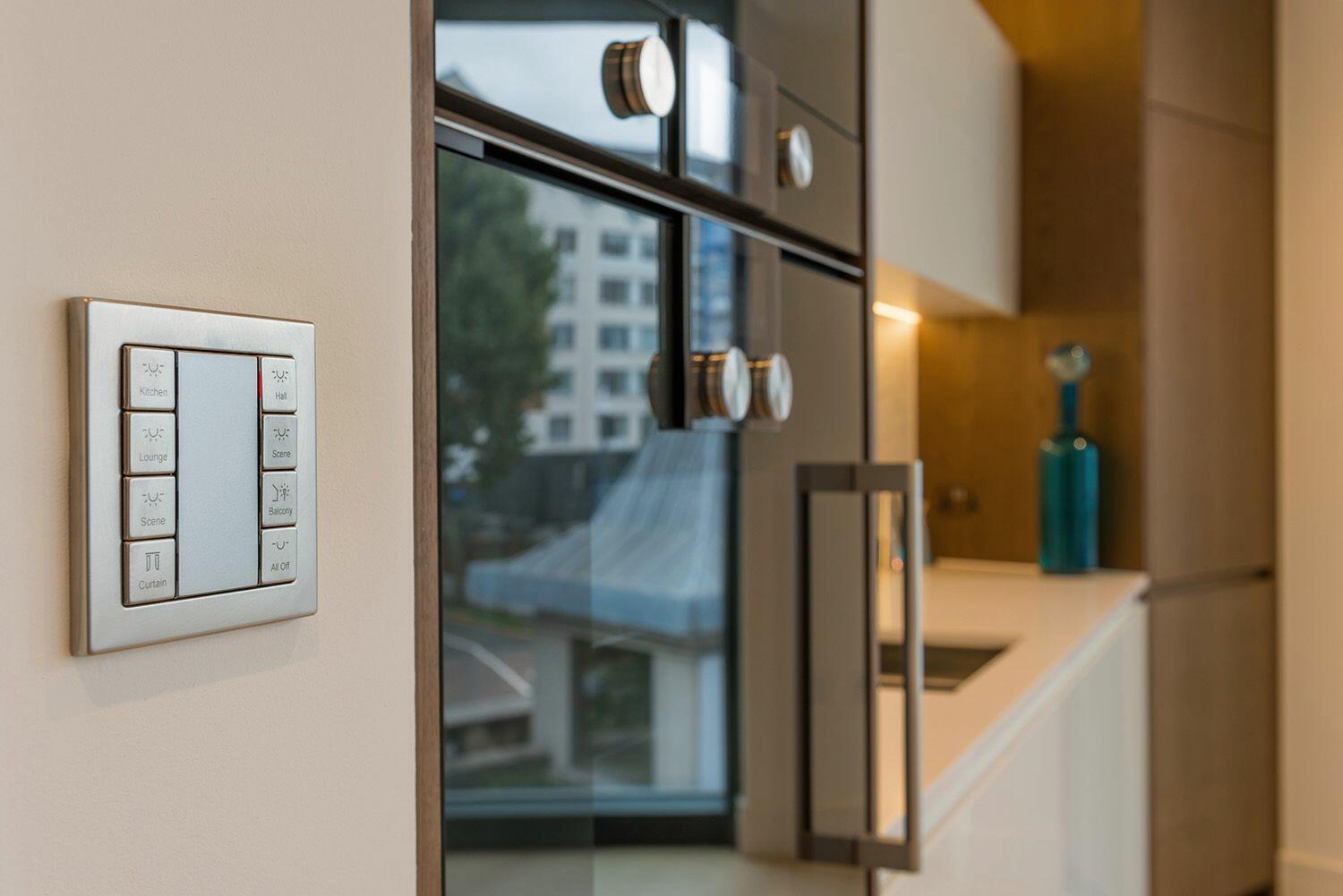 Jung was the key manufacturer used on the project 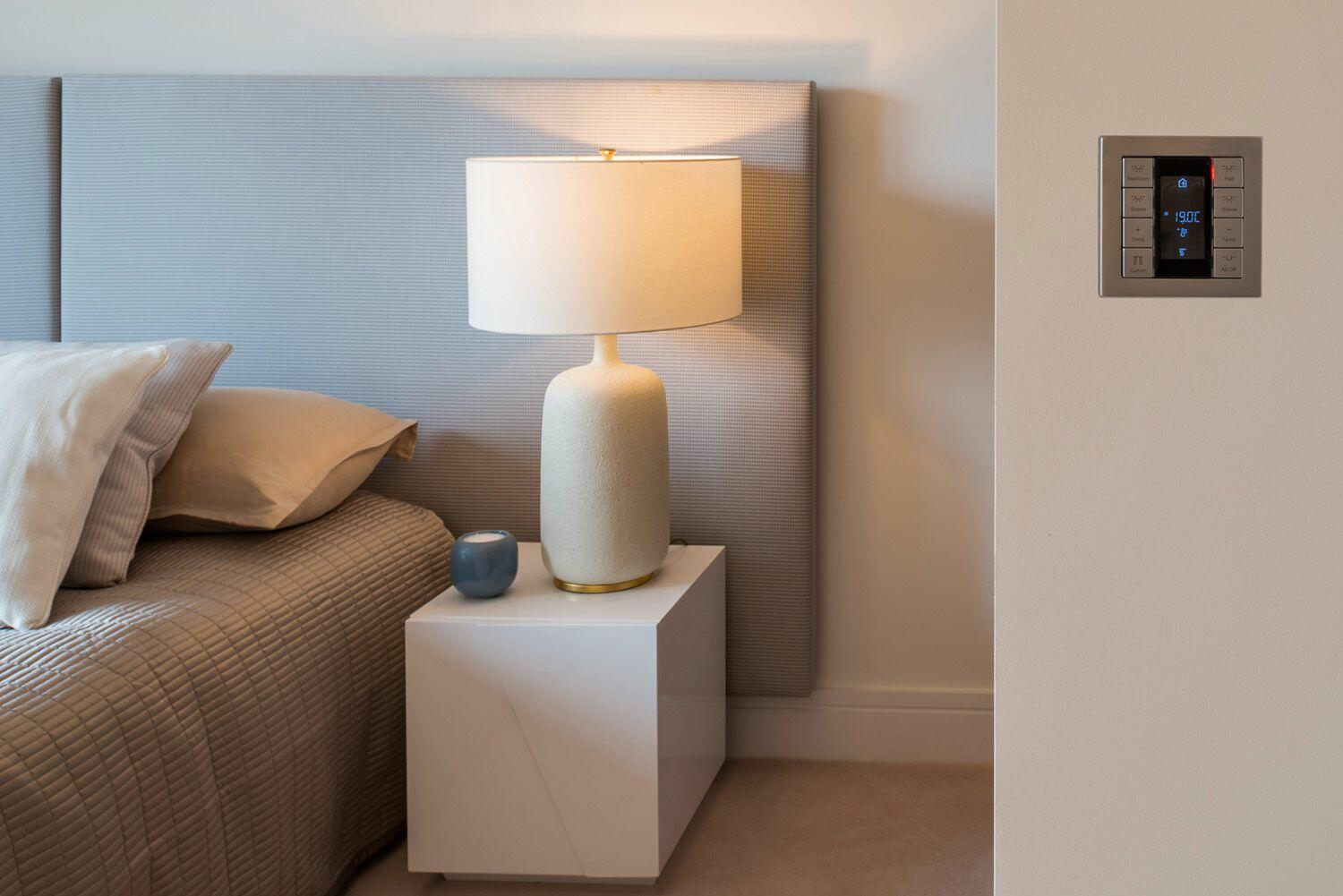 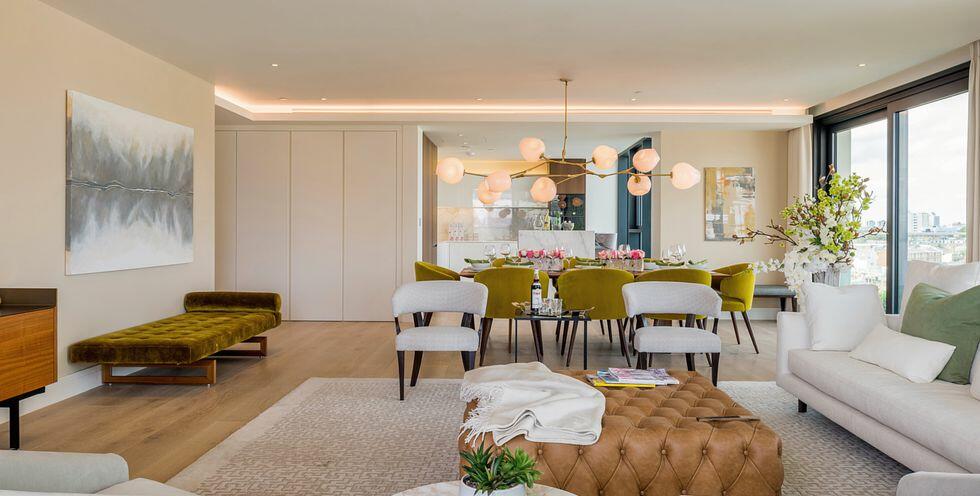 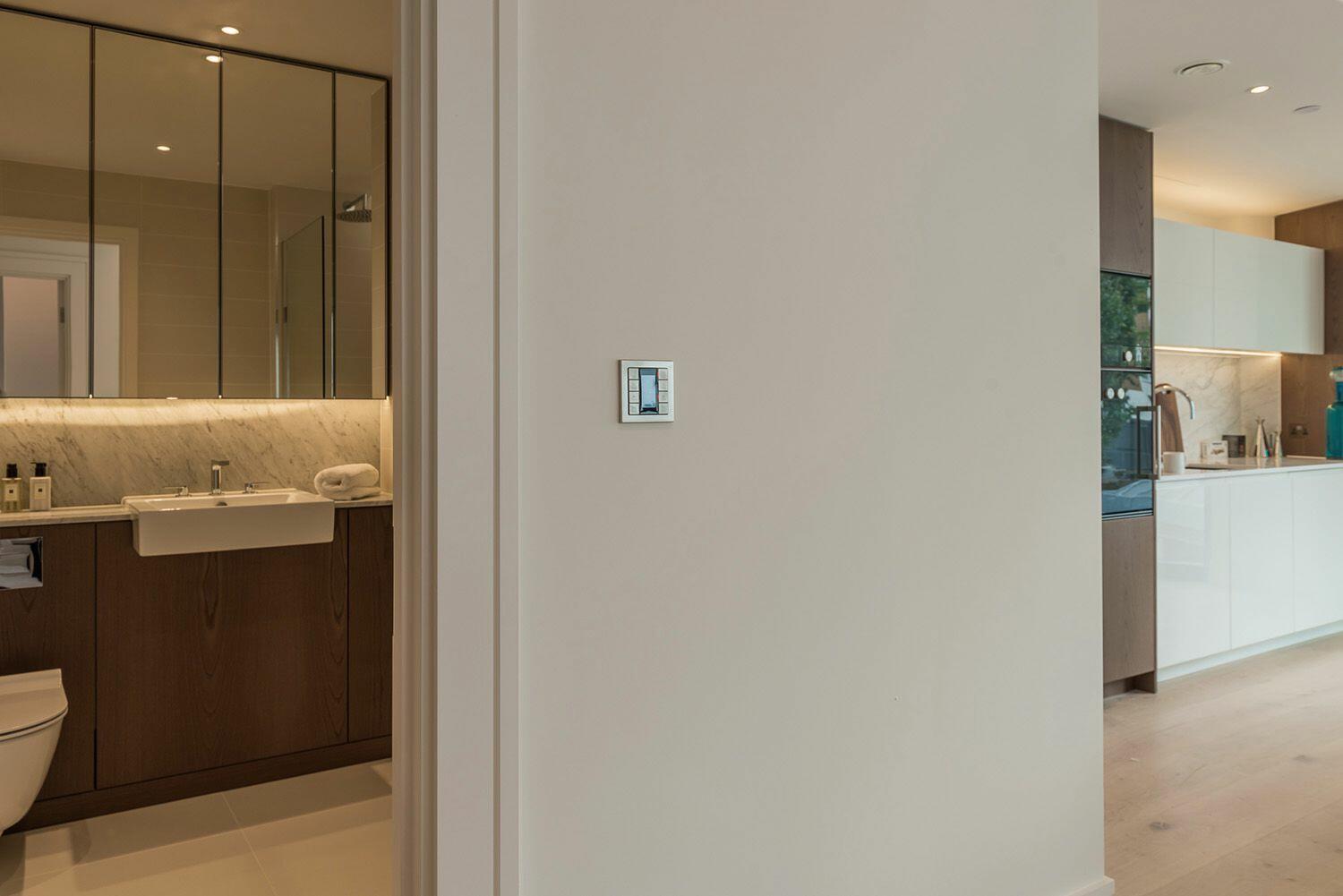 Ready Controls are big fans of Jung and KNX 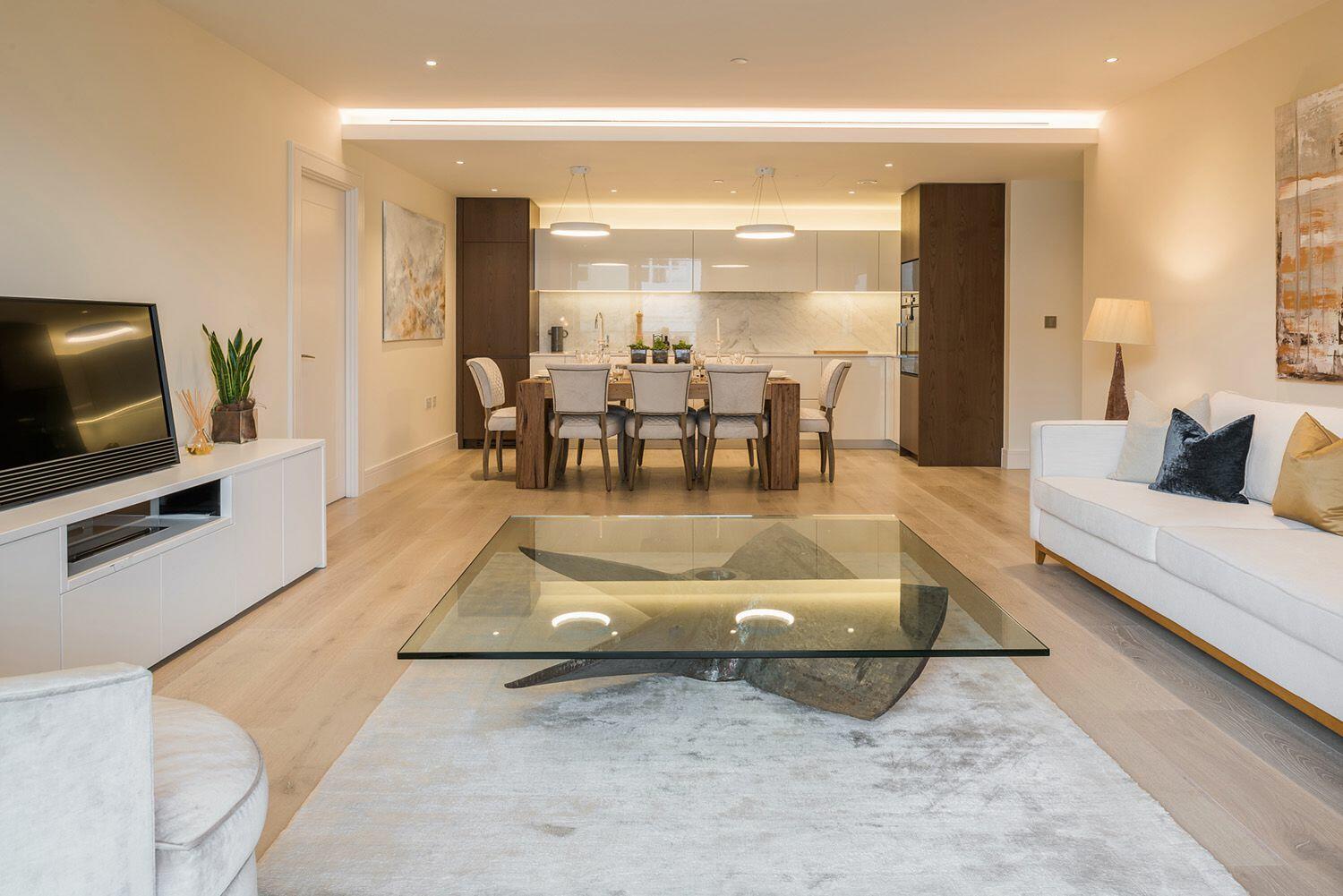 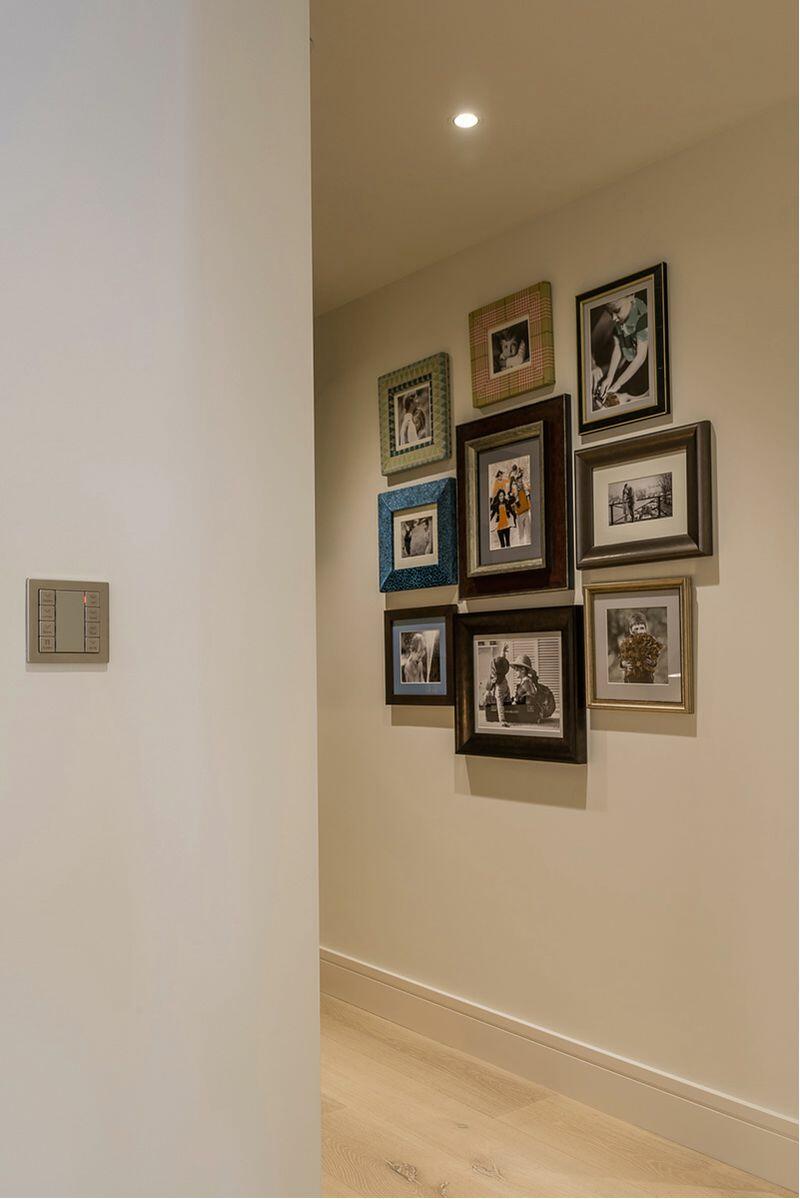 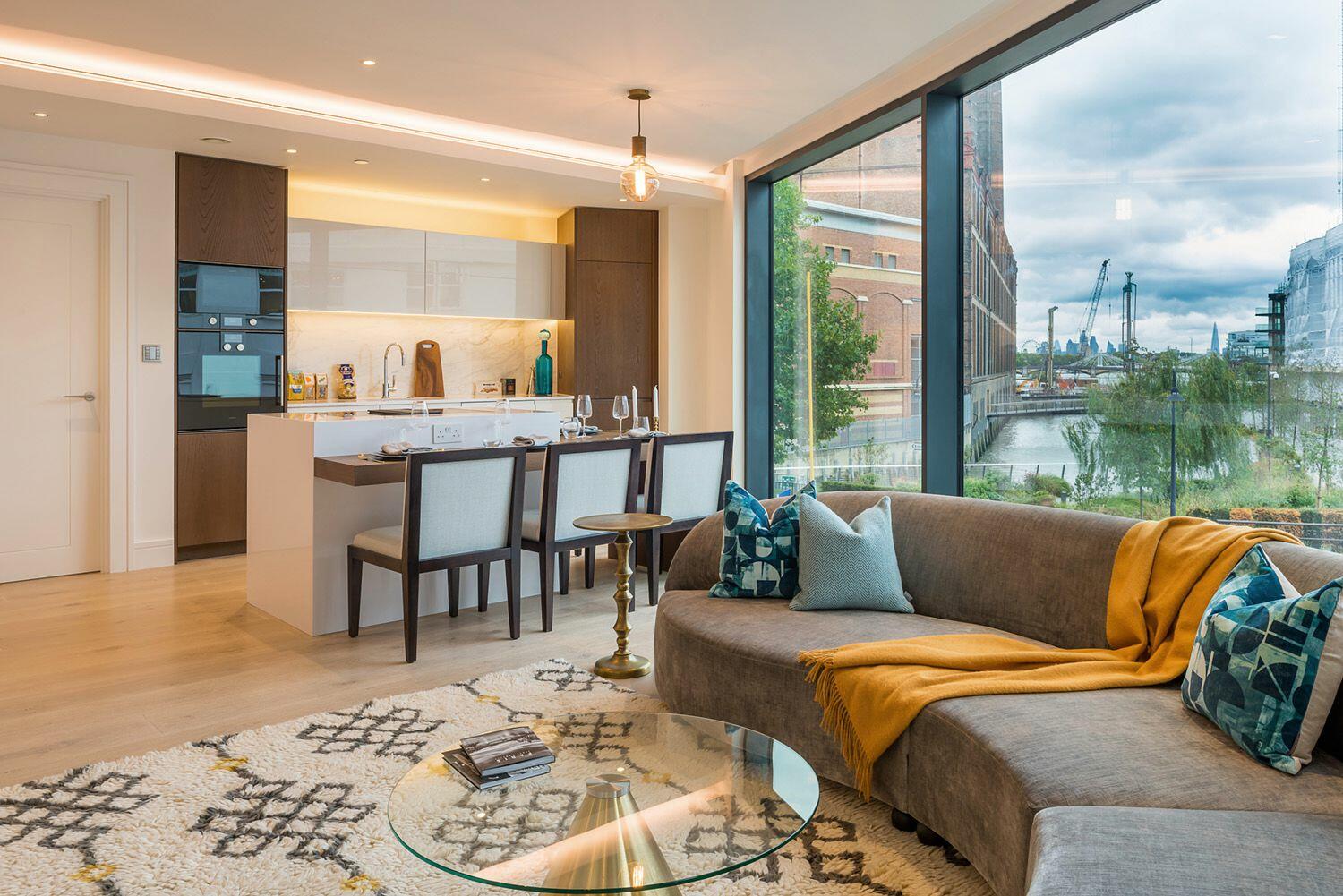 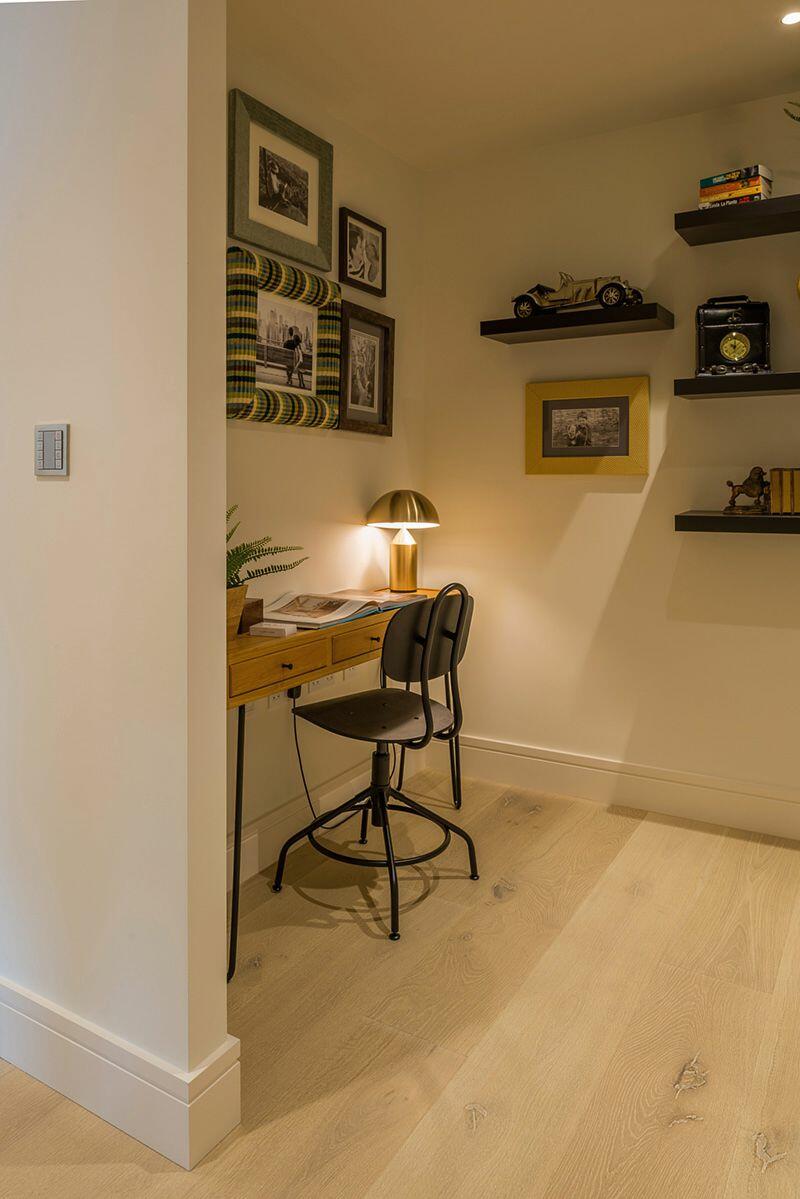 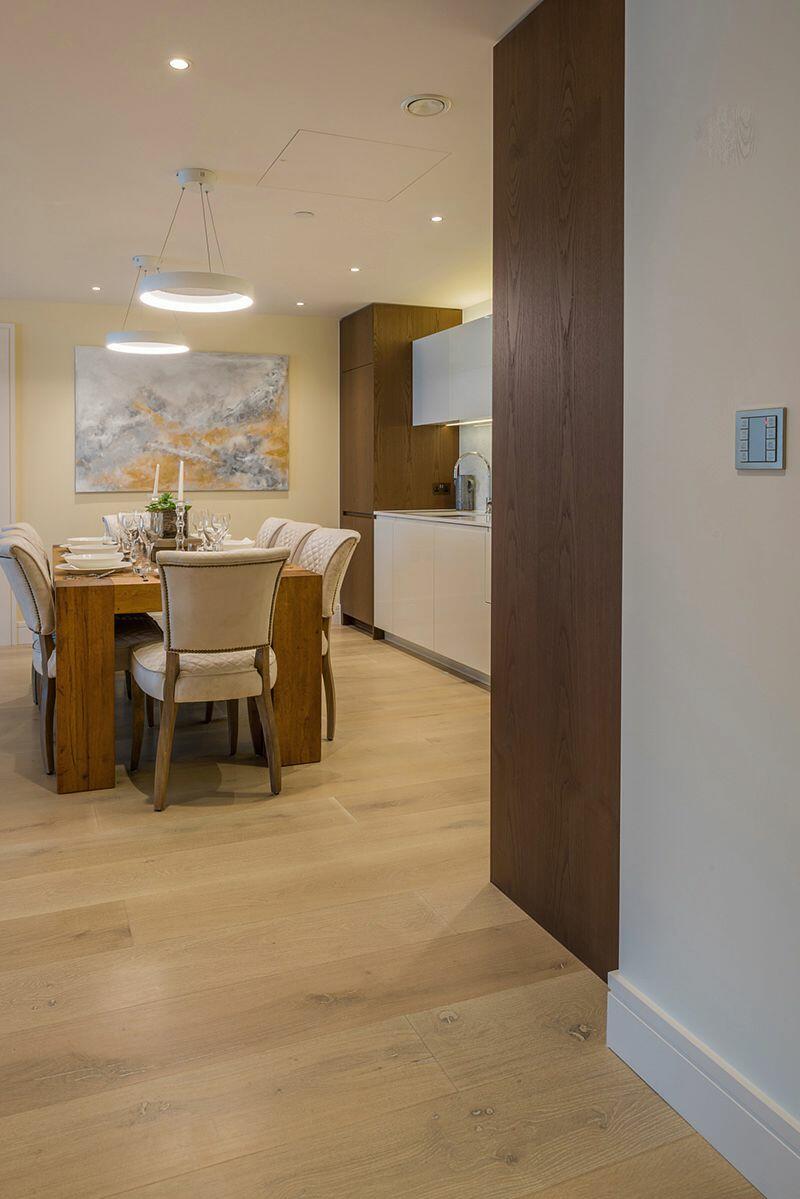 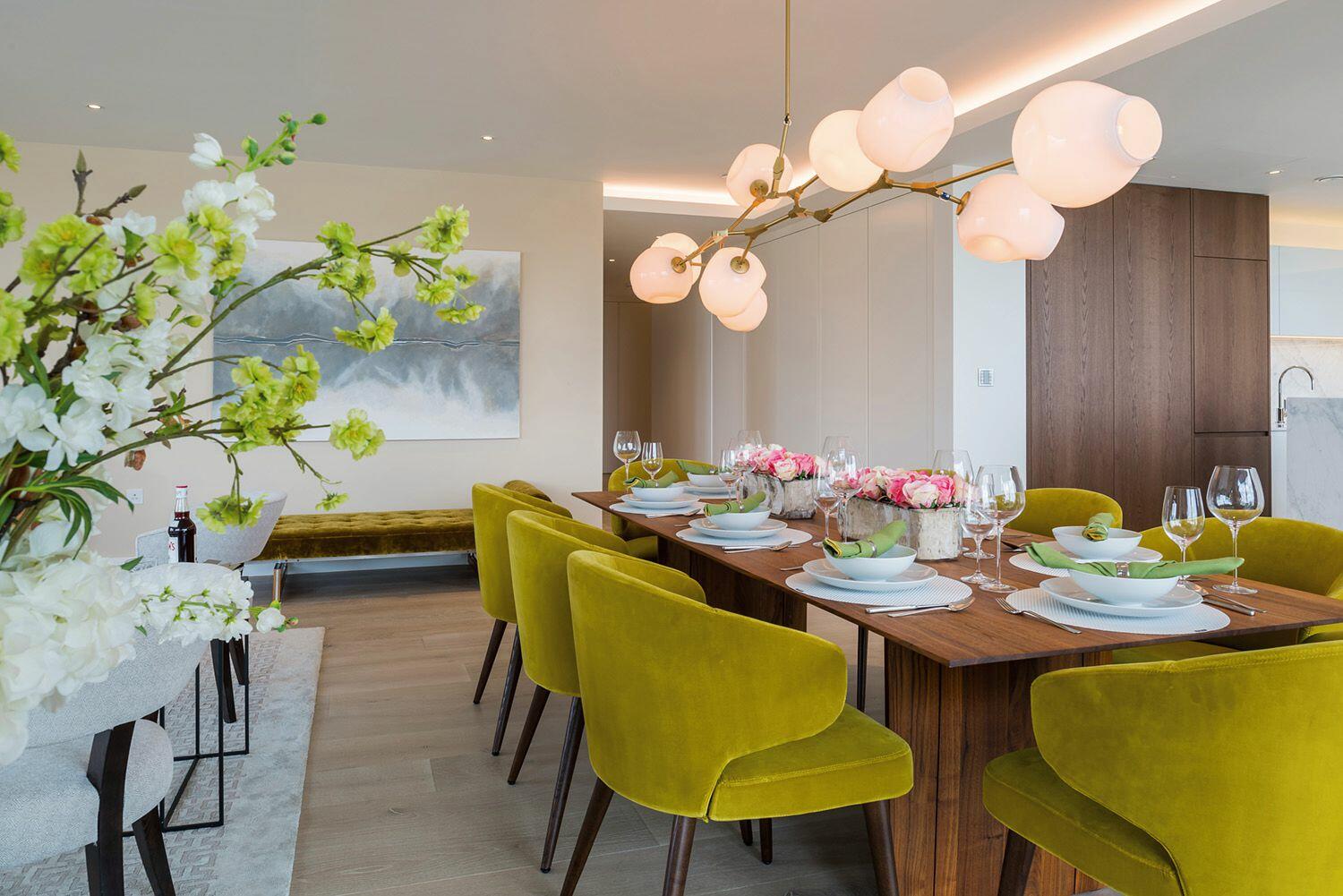 Jung products take centre stage at this beautiful, stylish and much sought-after development in the heart of one of London’s most fashionable districts. Dan Lawless, Operations Manager at Ready Controls, the installation firm responsible for the automation aspect of the project, describes the vital role Jung played in creating these most desirable of dwellings.

Ready Controls specialises in home automation and controls and for this project, key personnel included Dan as operations manager and his fellow Director Thomas Alt who was the main programming engineer for the site.

Close to Chelsea Harbour, the apartments have spectacular views of the iconic river Thames and up into central London. Naturally, this swish address needed to have interiors and modern systems to match the exclusive location.

The building was designed by internationally famous architects, Arney Fender Katsalidis, making a confident statement with its clean lines and large glass fronts. On the sixth floor there is a garden designed by renowned designer, Neill Strain, which offers a 360° view of the area.

Dan further explains, “The Chelsea Island development consists of 89 luxury apartments where we designed and installed a KNX system that controls the apartments’ lighting, heating, cooling, ventilation and blinds.”

The finish of the control units in the project perfectly match the aesthetics of the interiors, adding another level of luxury to each dwelling.

Dan explains, “We have worked with Jung products for many years due to their reliability and high level of craftsmanship. However, our relationship really grew on the Chelsea Island project. Here, Jung provided us with vital support that was needed to attain client approval on the project strategy. Jung provided a personable and efficient support system that aids in a project running smoothly and, of course, we were able to use the maker’s attractive and highly reliable products to get the apartments to the level they needed to be at.”

Dan adds, “I particularly like the KNX F50 switch which we used on this project – it has the perfect balance of technicality and aesthetics meeting everyone’s preferences. It was the perfect fit for Chelsea Island.”

Jung also played a part in putting the right people together to achieve the result demanded by a project such as this.

Dan reveals, “This project was for a new client, an M&E contractor called ARK mechanical and electrical. We were recommended by our Jung rep and ARK is now a returning client of ours, so it was a great introduction for all concerned.”

Dan also explains that the original design brief for the building specified a different control system. However, Jung and KNX was proposed by ARK and with Jung’s support, the Ready Controls team designed a system using Jung products that met and delivered the project’s specified requirements.”

The client was a little cautious about including a home automation system throughout, due to a perceived high-cost burden and hesitance over the level of bespoke control and finish that could be achieved. Happily, Jung and the team at Ready Controls were able to create a proposal that delivered on cost and control that changed the clients’ perception.

Jung’s use of the KNX building automation protocol continues to pay dividends as the platform grows in popularity right across Europe due to its cost advantages and high reliability. Jung can add its control options and strong aesthetics over the top of the KNX backbone, making the combination a very strong proposition for developers, builders and end-users.

Dan says, “Jung manufactures a vast amount of KNX products. 85% of the system at Chelsea Island was made up of Jung products. The client did have a specific requirement for another maker’s touchscreen; however, as the whole system is based around KNX, it was easy to make everything work in perfect harmony.”

Flexibility is always key with projects such as this, as Dan explains, “The clients’ consultant had specified the control needs for the buttons on the switches. The versatility of the Jung F50 switch allowed these to be met with ease. Almost all switches throughout the building have a different function, but the F50 coped easily.”

The Jung KNX platform within the building also delivers convenience, security and economy as all the building’s abilities and numerous multimedia functions can be networked and controlled centrally. Visualisation and evaluation of energy consumption via smart metering can also be implemented via the KNX backbone.

Dan concludes, “We are really delighted with what we have achieved at Chelsea Island. A vast amount of the apartments have been sold and are occupied. We have returned many times for some end user bespoke adjustments and have had nothing but great feedback. I feel we really changed the perceived norm of control systems being expensive and unreliable by delivering a workable, inexpensive system that worked first time and delivered the strong aesthetics that are so important in a development like this.”

Graham Oliver, Director, Jung UK, sums up, “We are really delighted with the result achieved at Chelsea Island. It underlines Jung’s ability to deliver on control and the right aesthetics today’s developers and occupiers demand, as well as coming in at a cost that will surprise.”