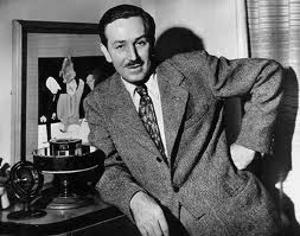 Walt Disney’s old home in Los Angeles went up for sale in 2011 and gave an interesting glimpse of his private home theatre.

Inside the 12-room chateau-style house, Walt converted a guest room, bath and library into a home theatre to watch dailies and enjoy private screenings of his films and other classic movies.

There is not much detail about the equipment in the home theatre. According to the LA Times, the room was originally a family room, but when Walt began creating live-action films vs. just animated movies, he decided he needed an area to view the dailies, so the room was converted.

The projector was a 35mm commercial-grade unit built back in the era.

There still is a built-in 4×3 aspect ratio film screen encased in a wood wall at one end of the room. There is a clearly a large horizontal centre channel in-wall speaker above the screen.

In the other end of the home theatre, Walt had a small separate projection booth constructed.

The projectionist’s room had its own toilet and a small bar. The original sink is still there. It’s pretty amazing that subsequent owners of the house have kept the original home theatre in place (sans the old projector of course) without updating it.

According to the LA Times, Walt’s daughter recalls watching Citizen Kane and Gone With The Wind in the room.

Who pays £324 to rent a film using a fingerprint reader? Kimye does.