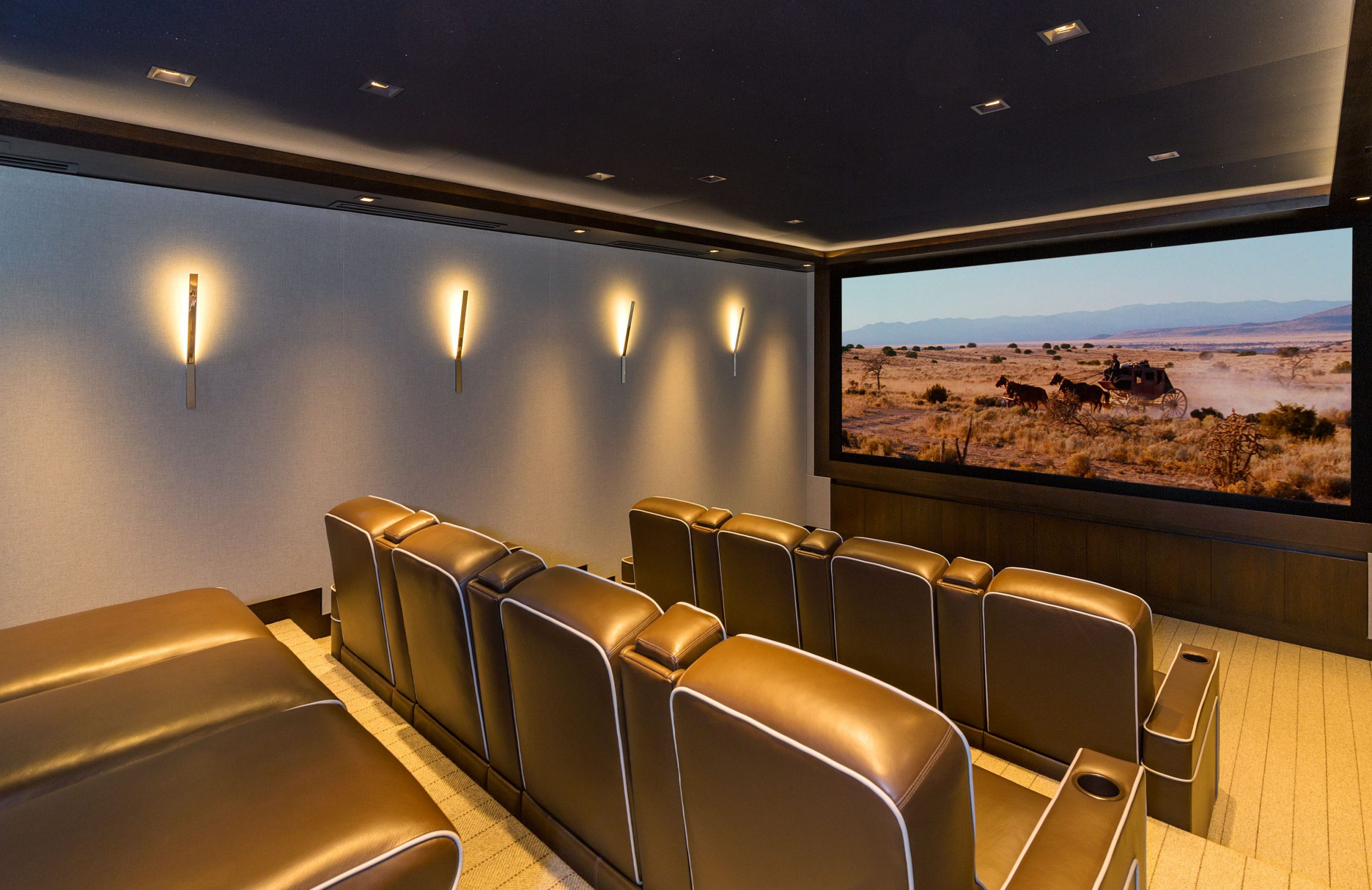 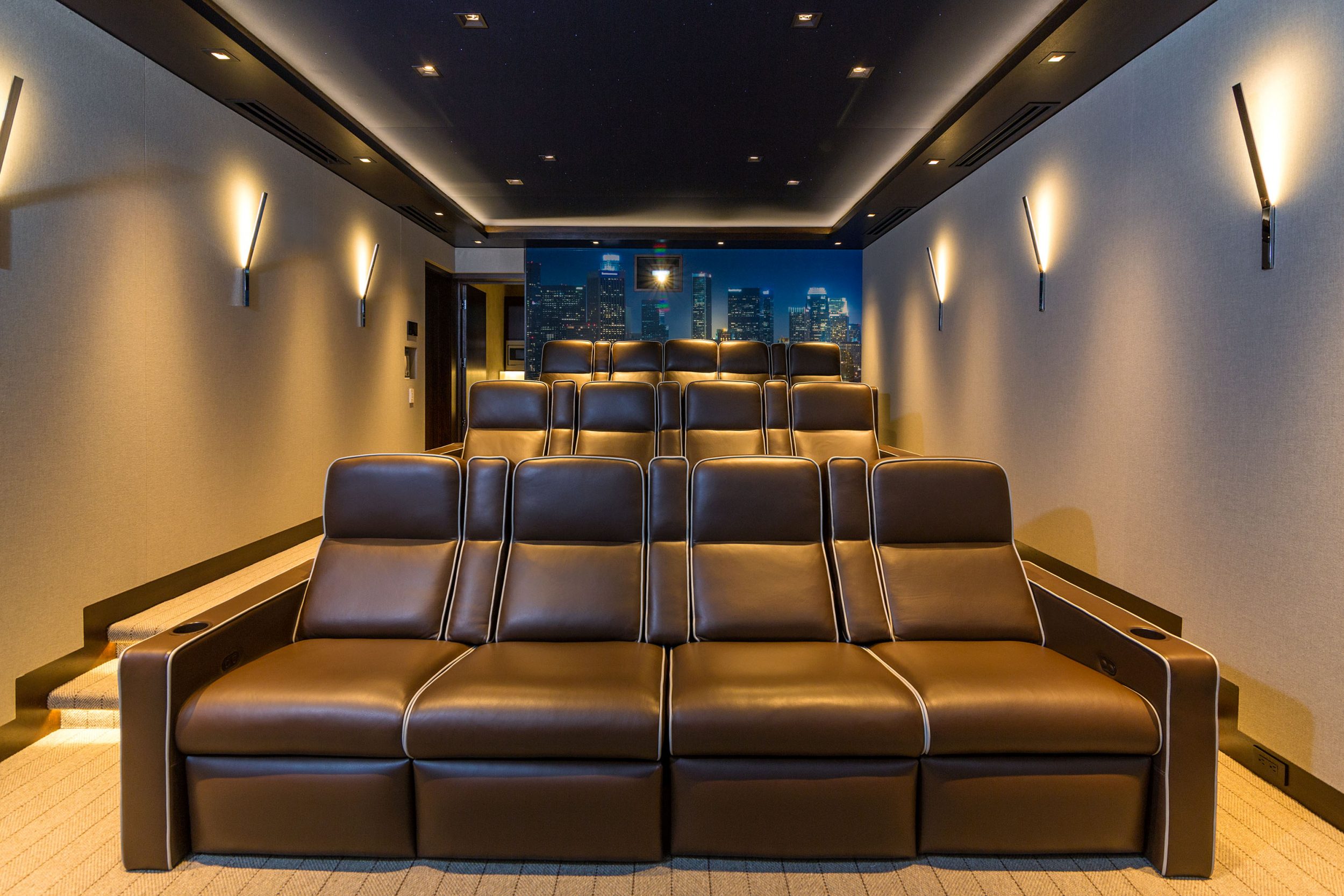 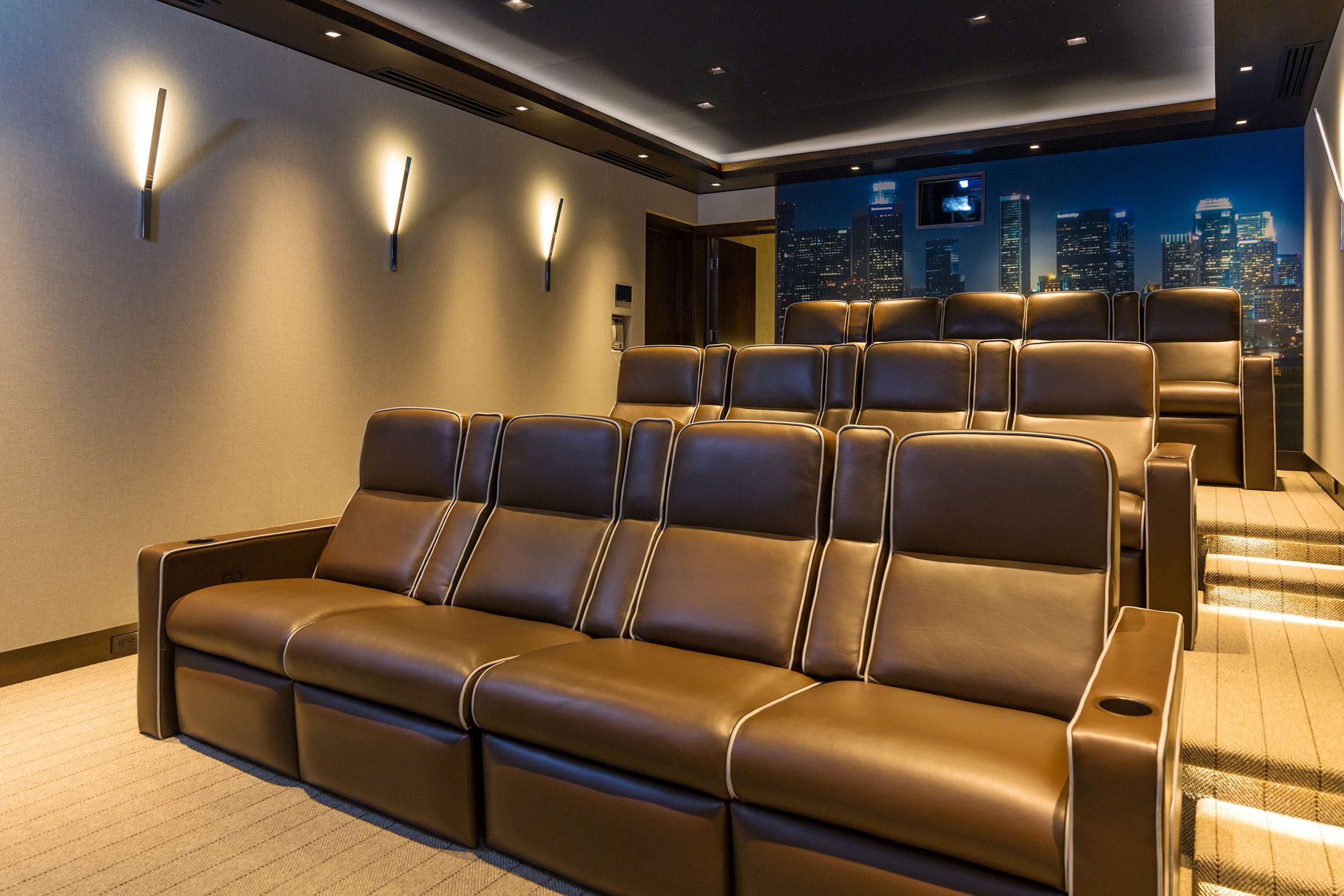 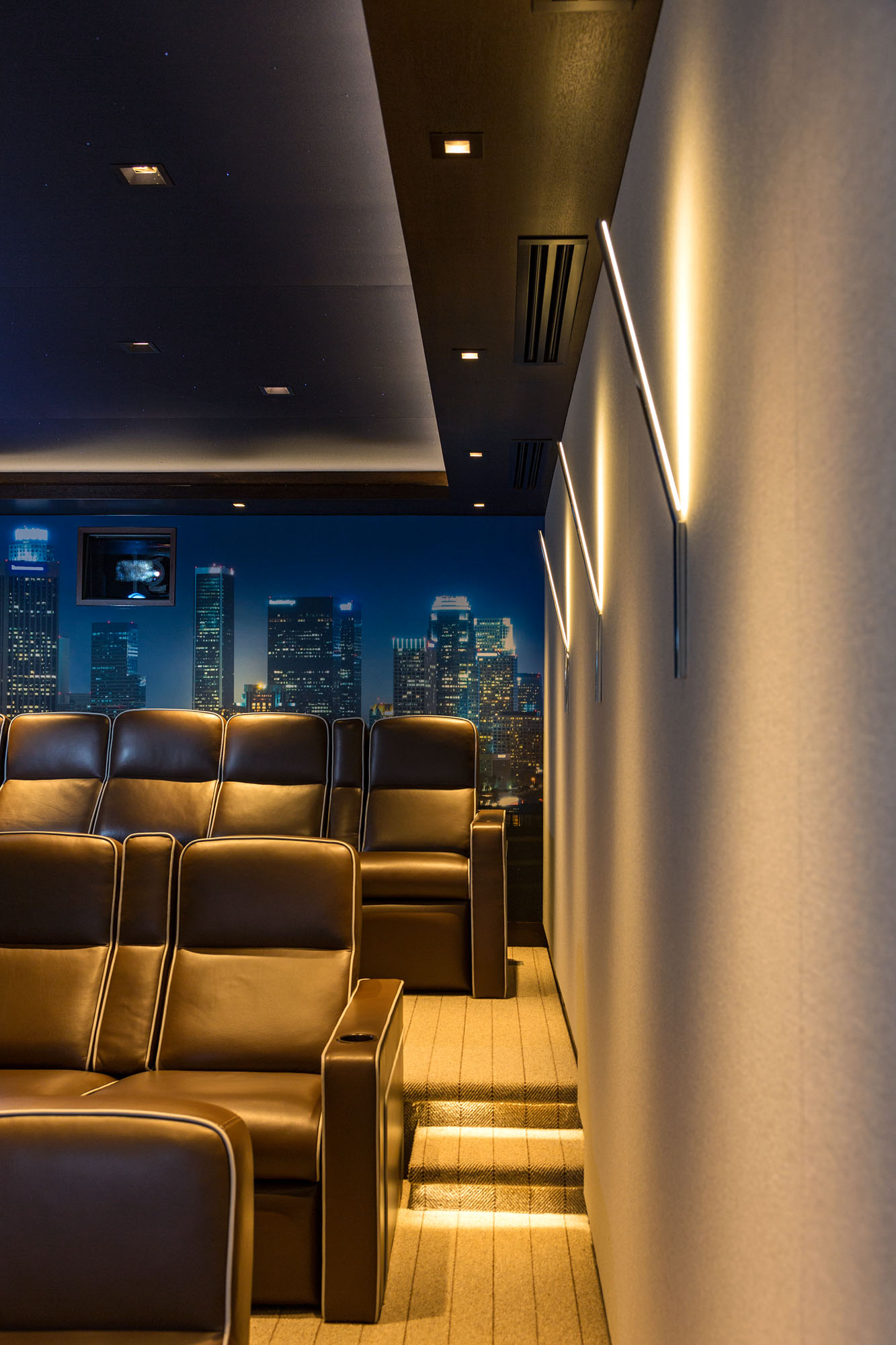 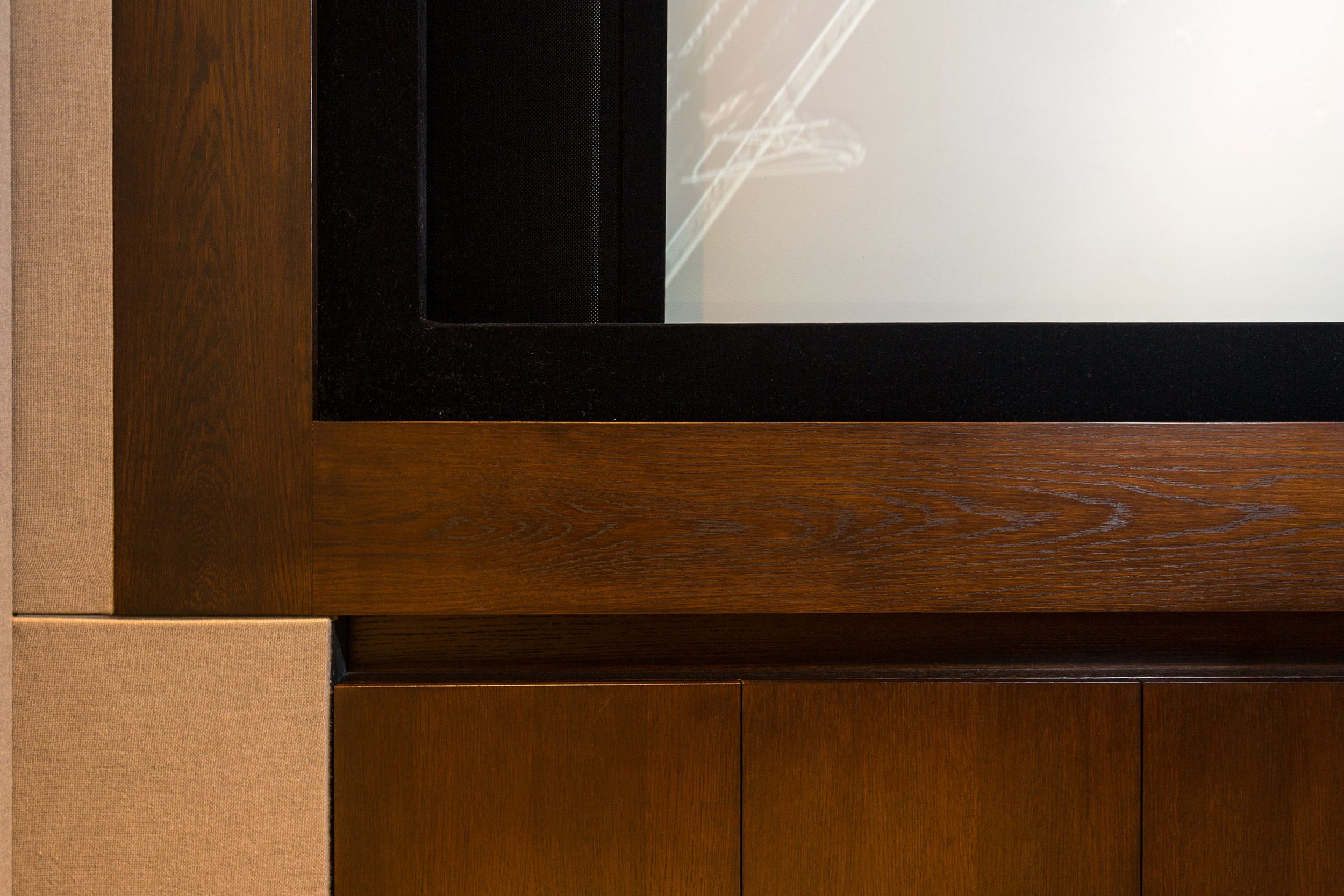 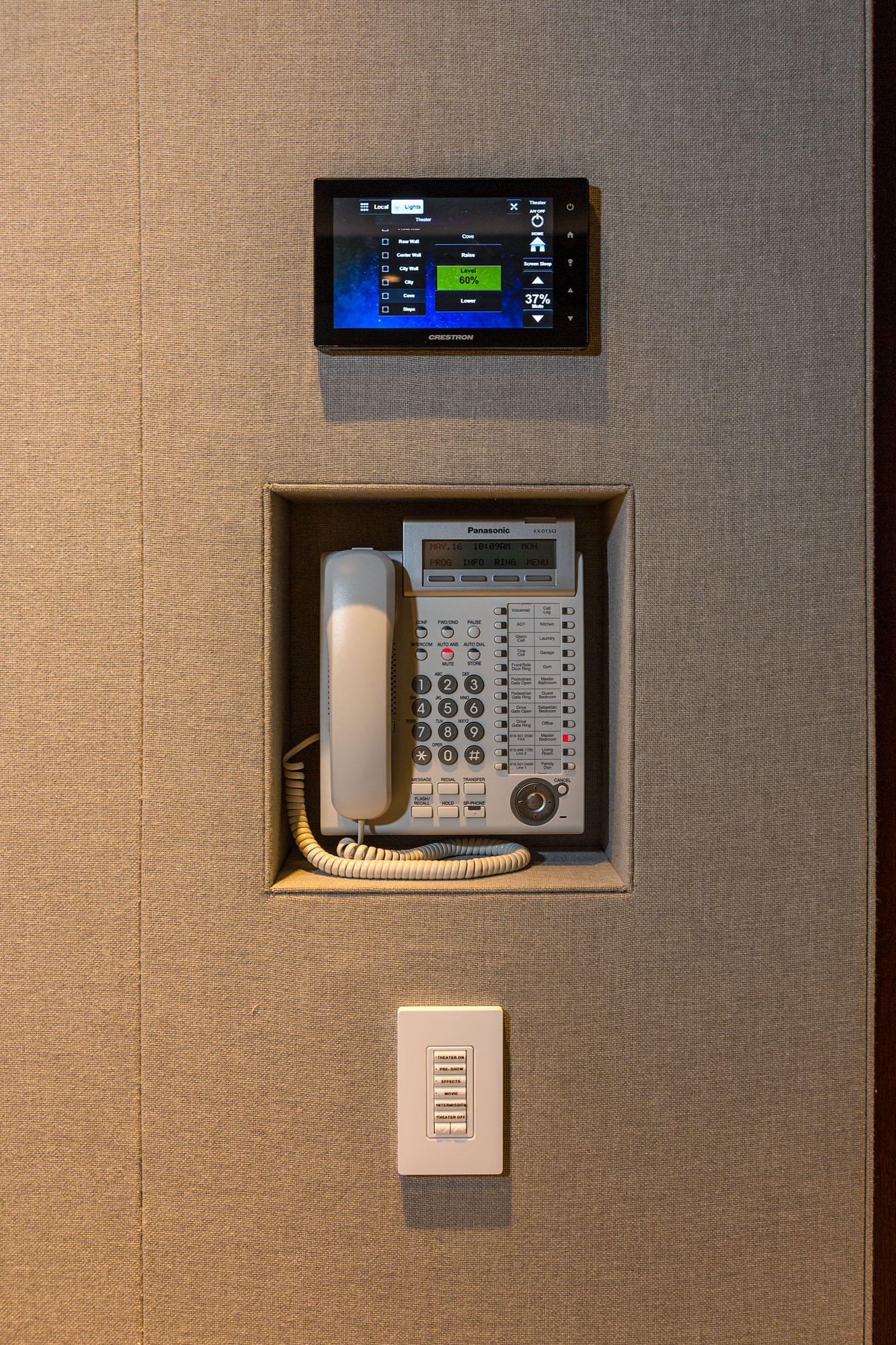 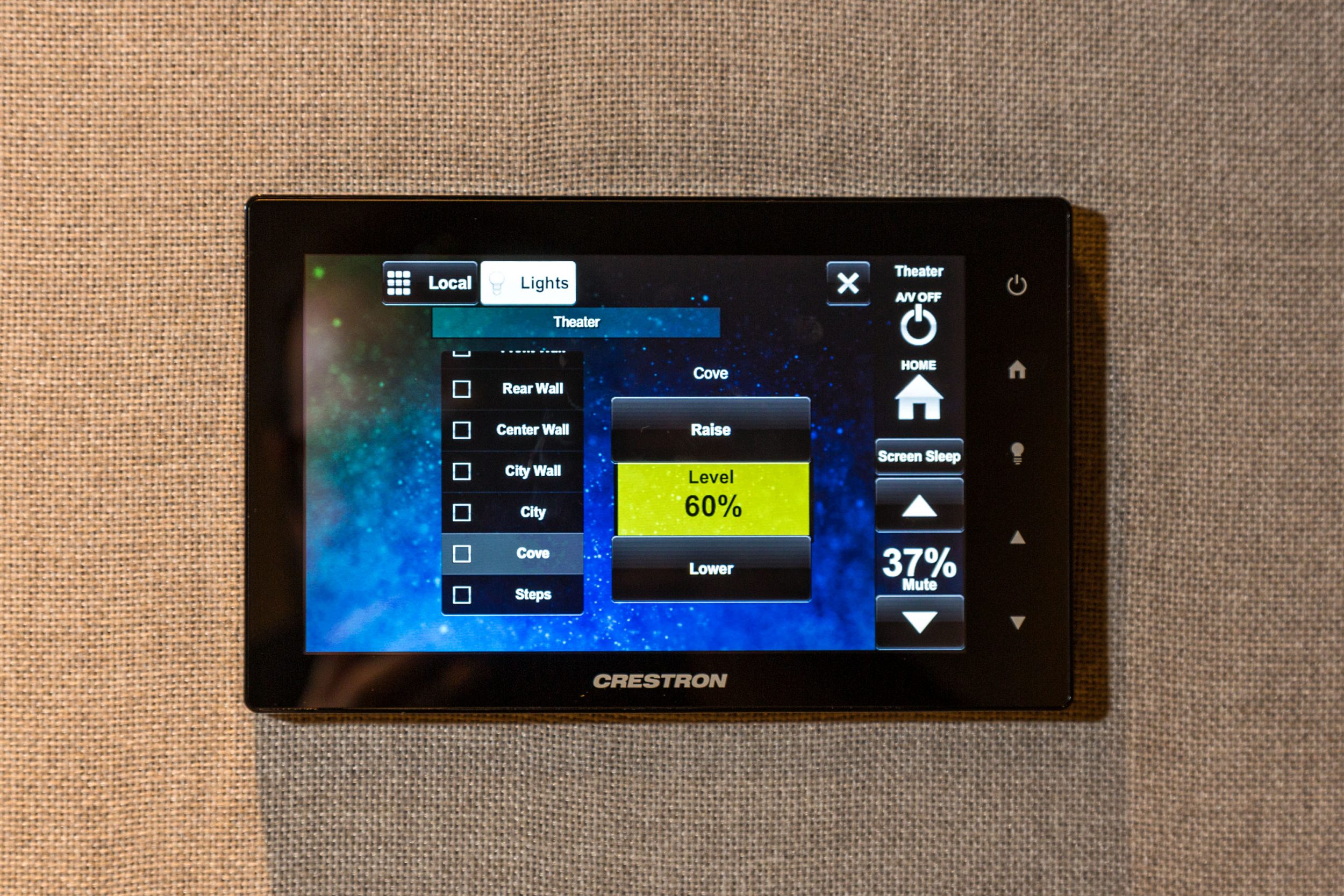 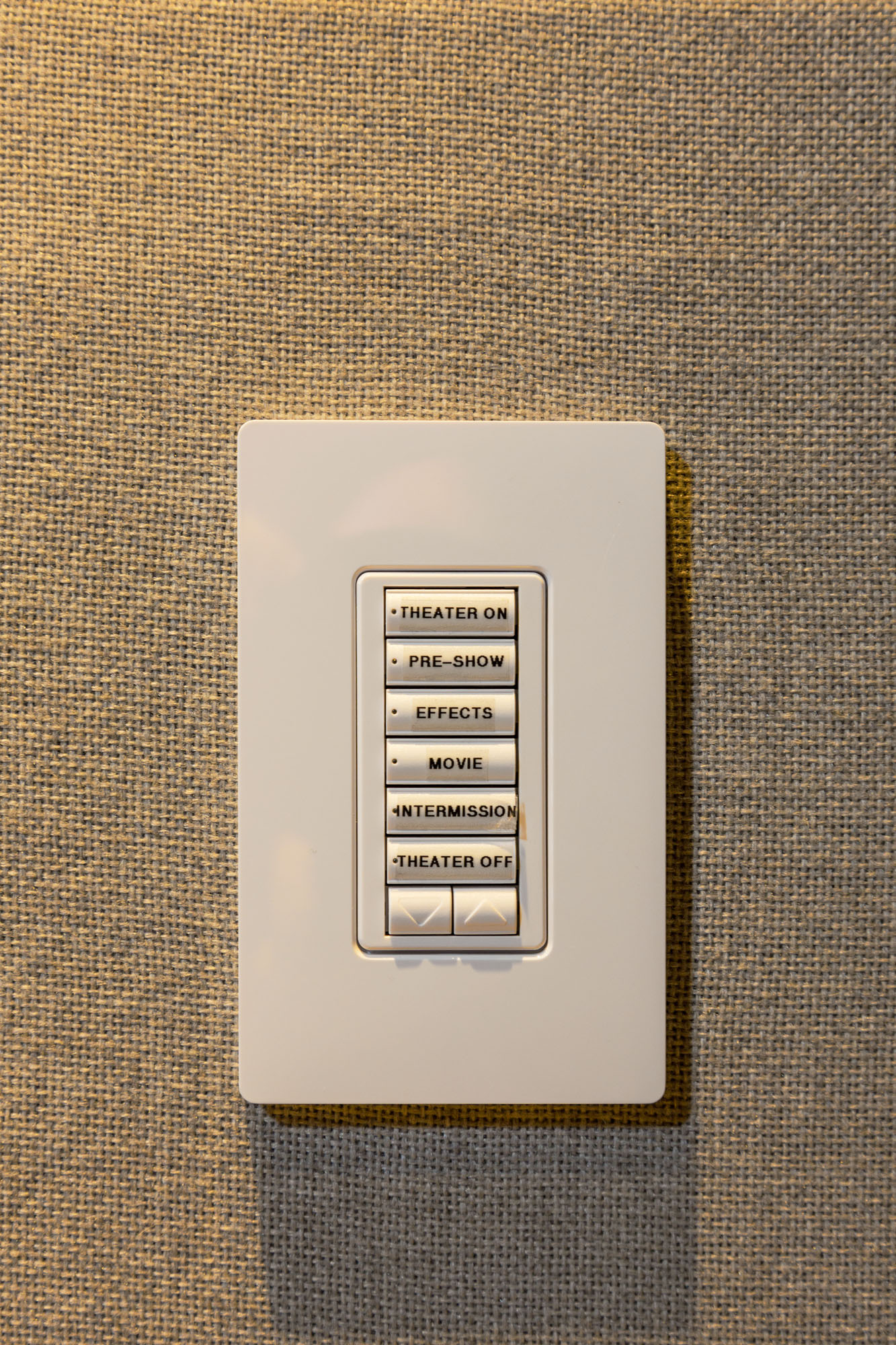 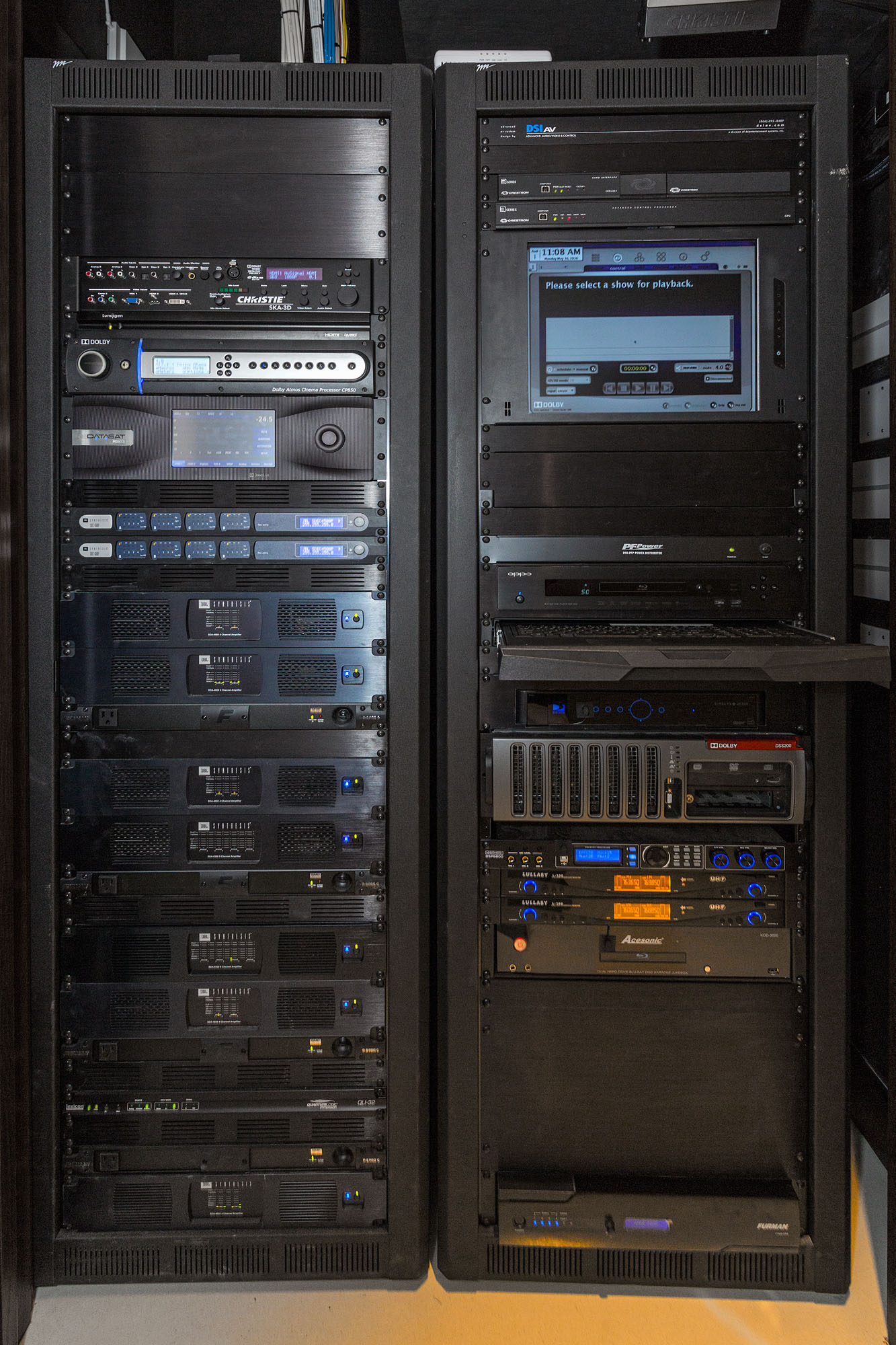 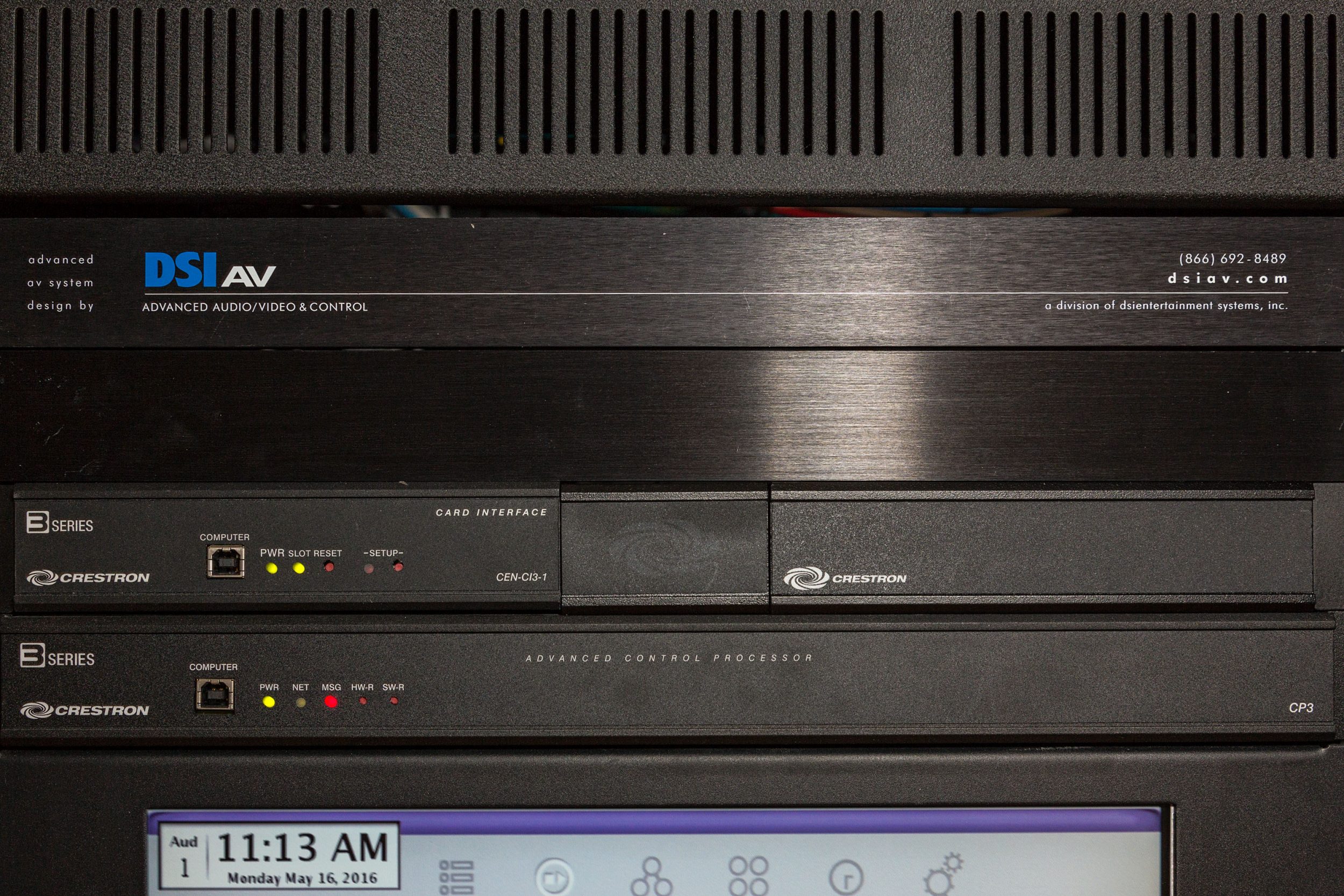 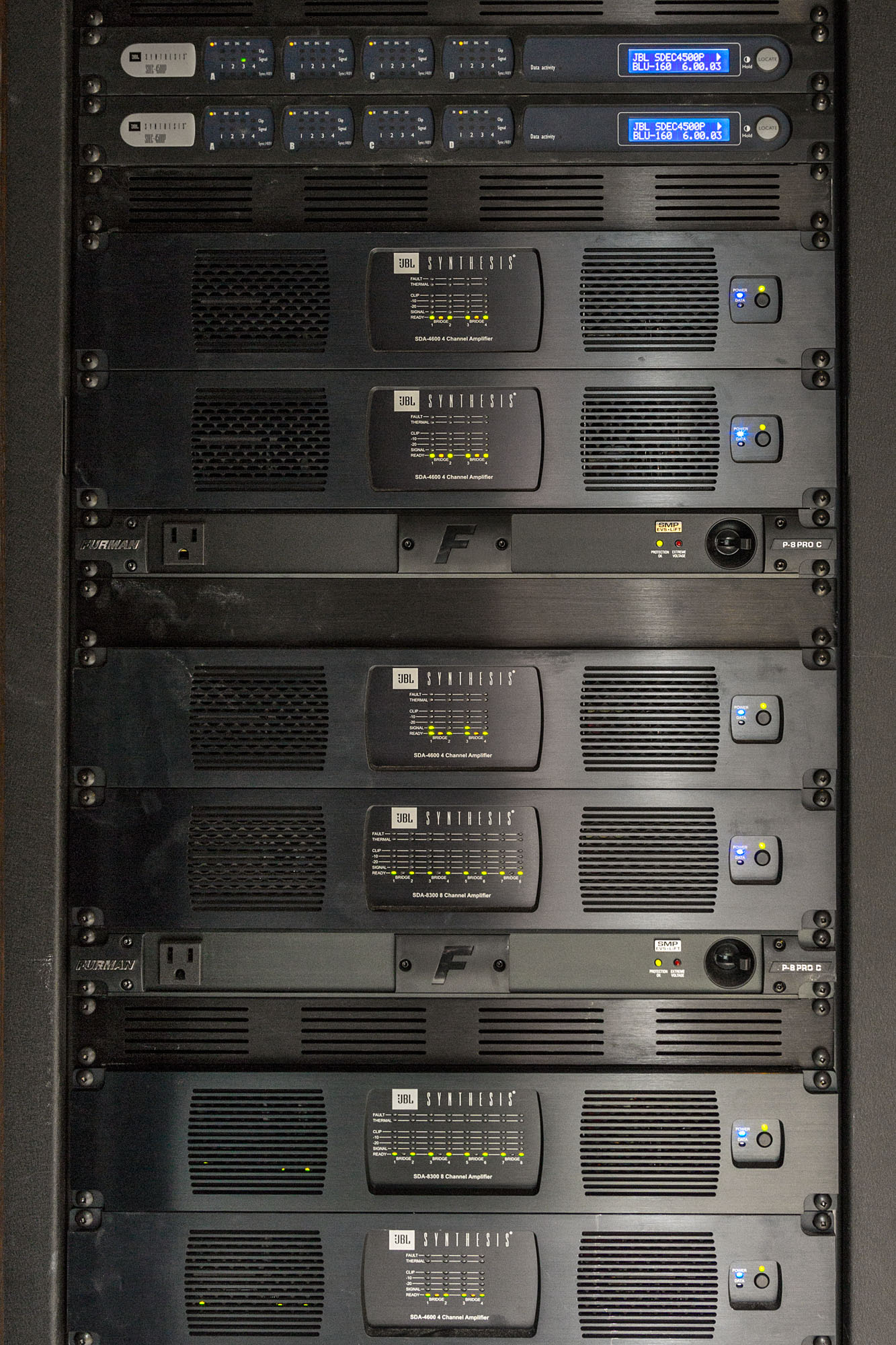 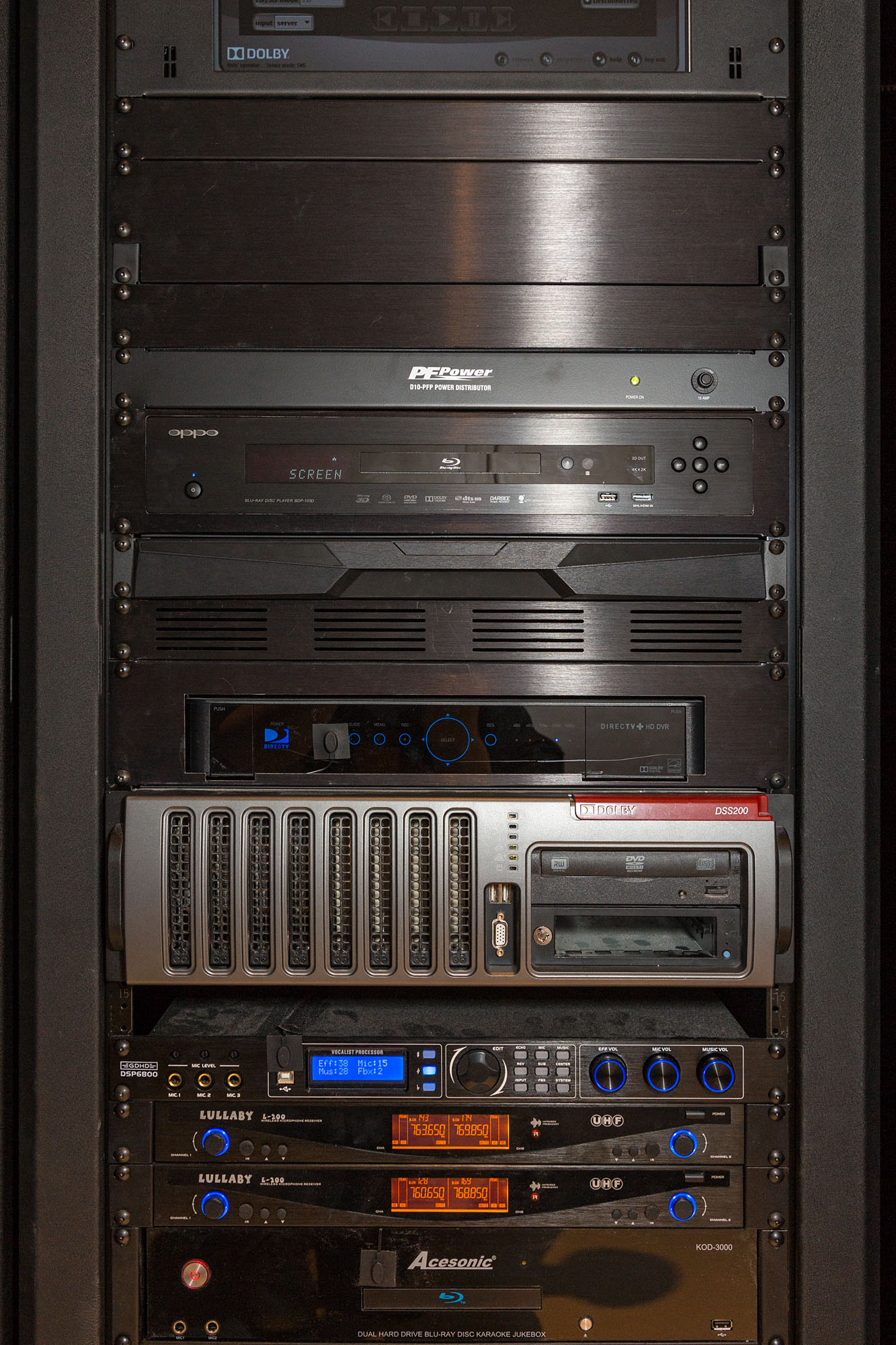 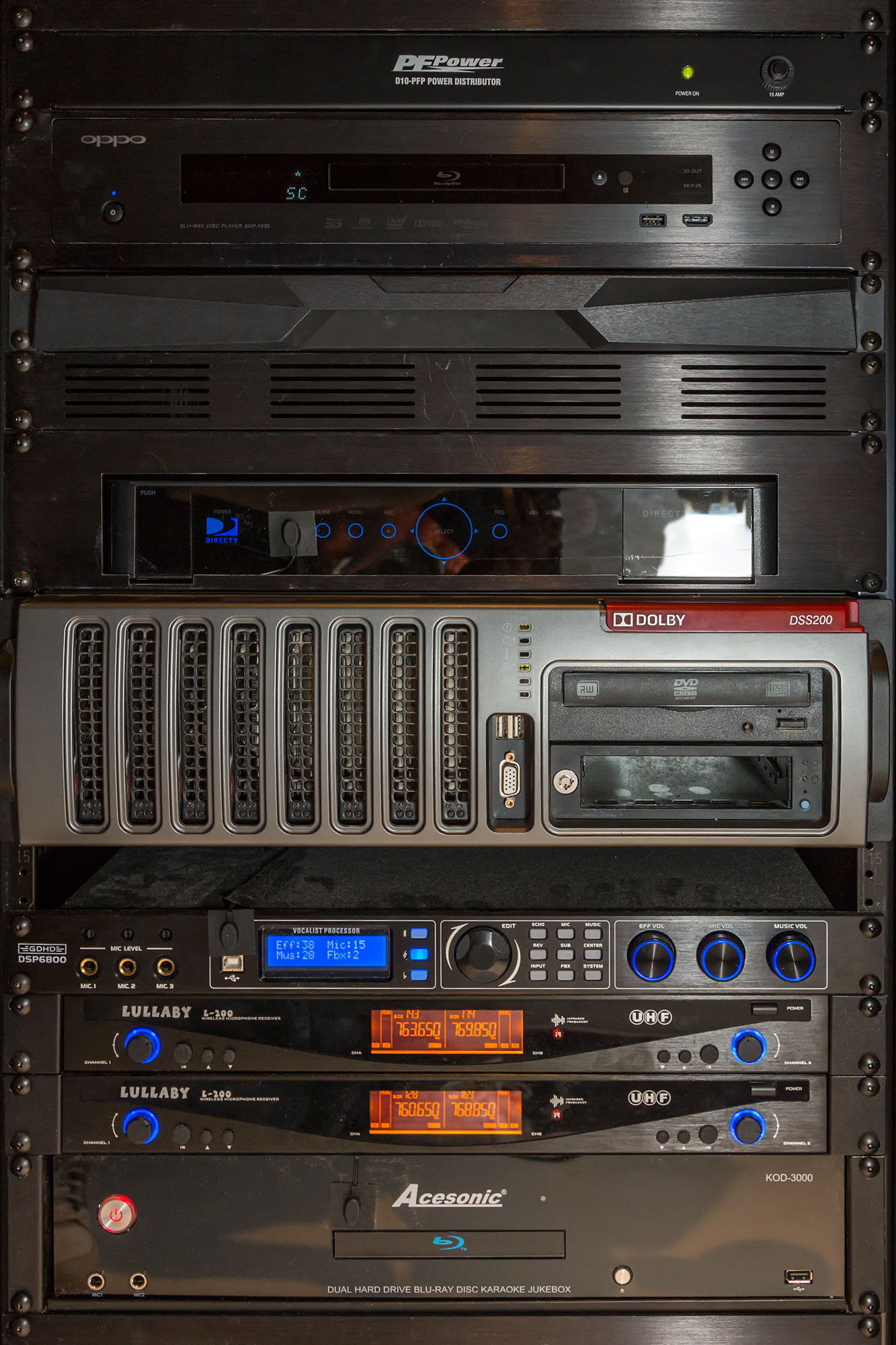 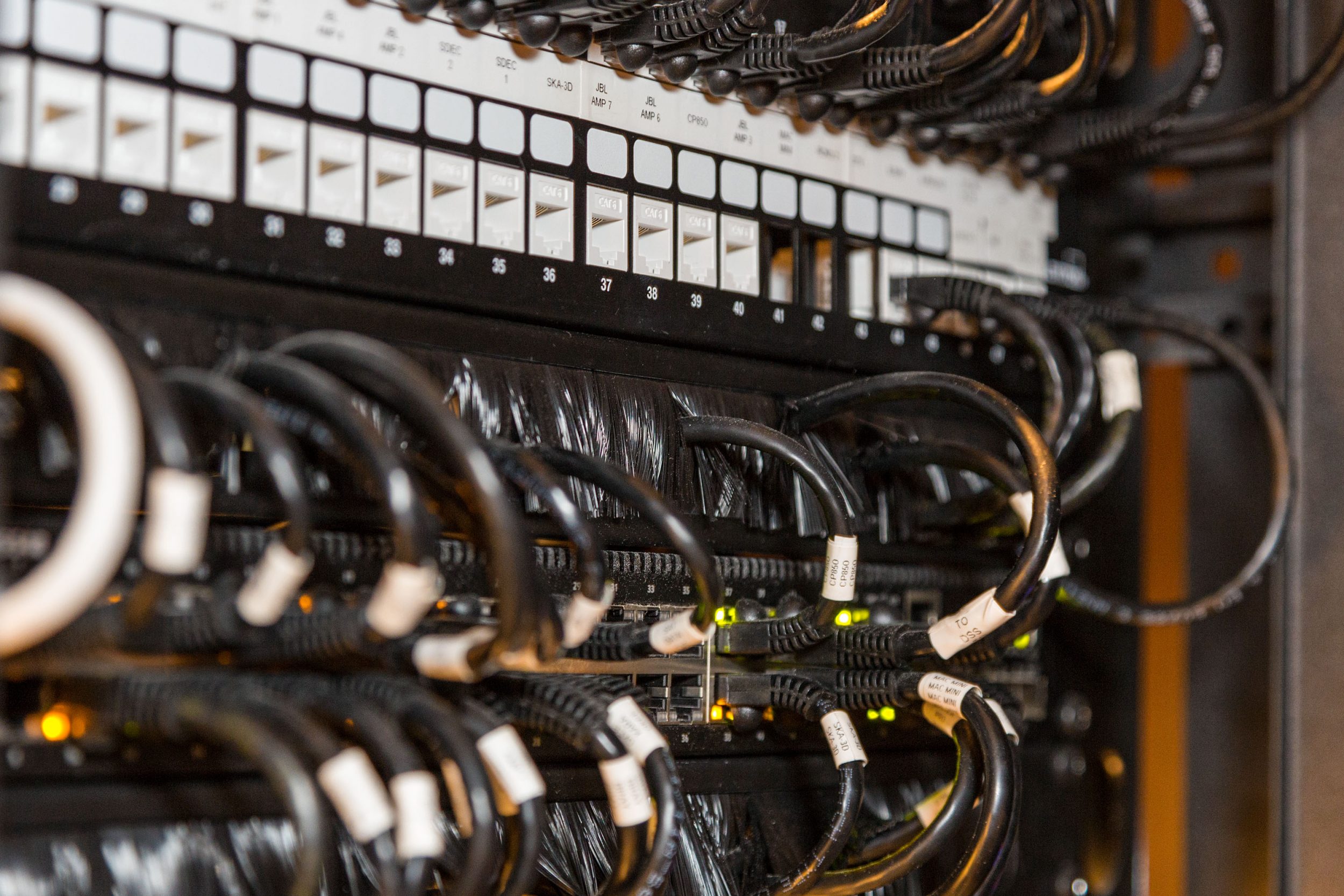 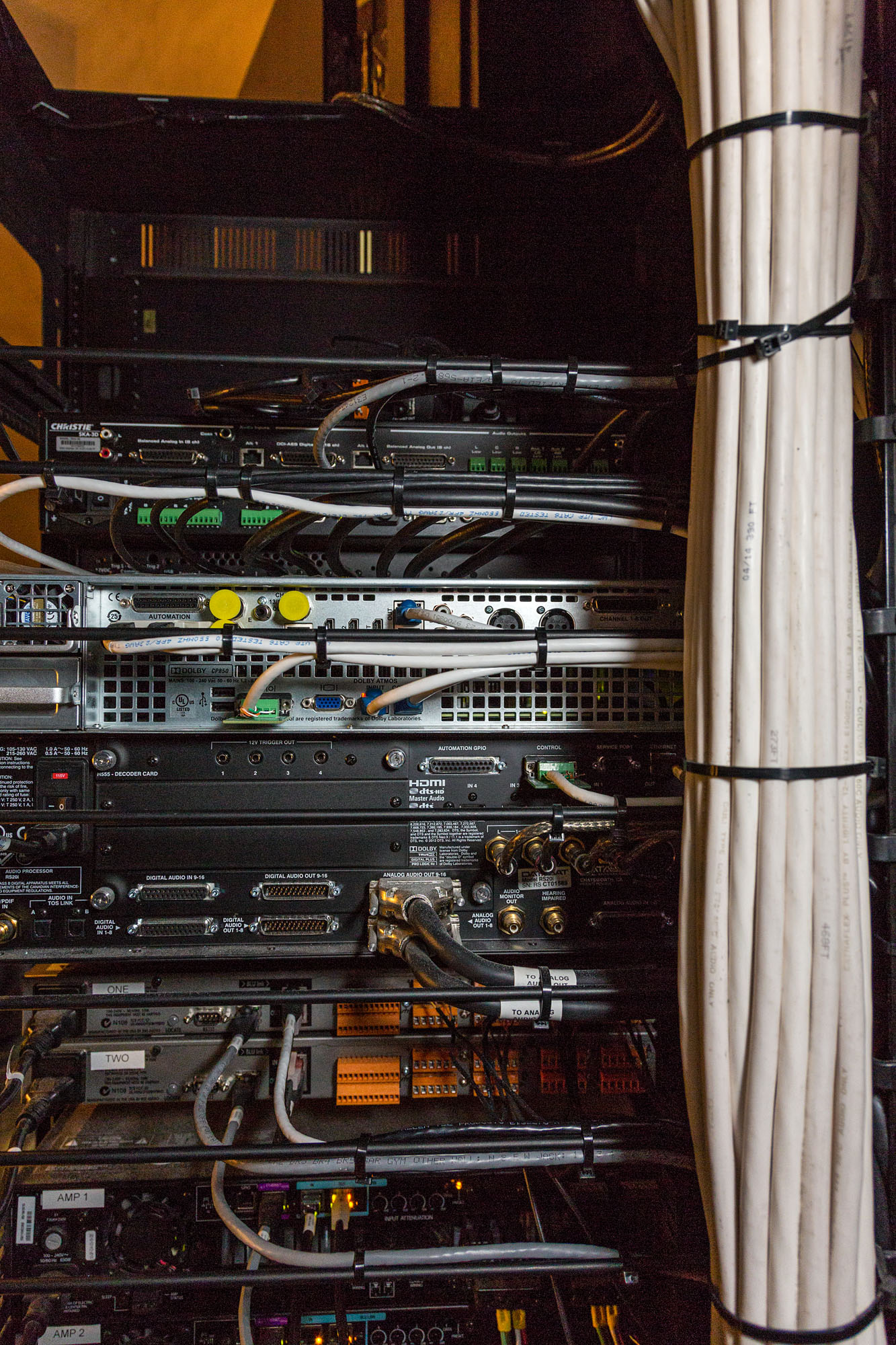 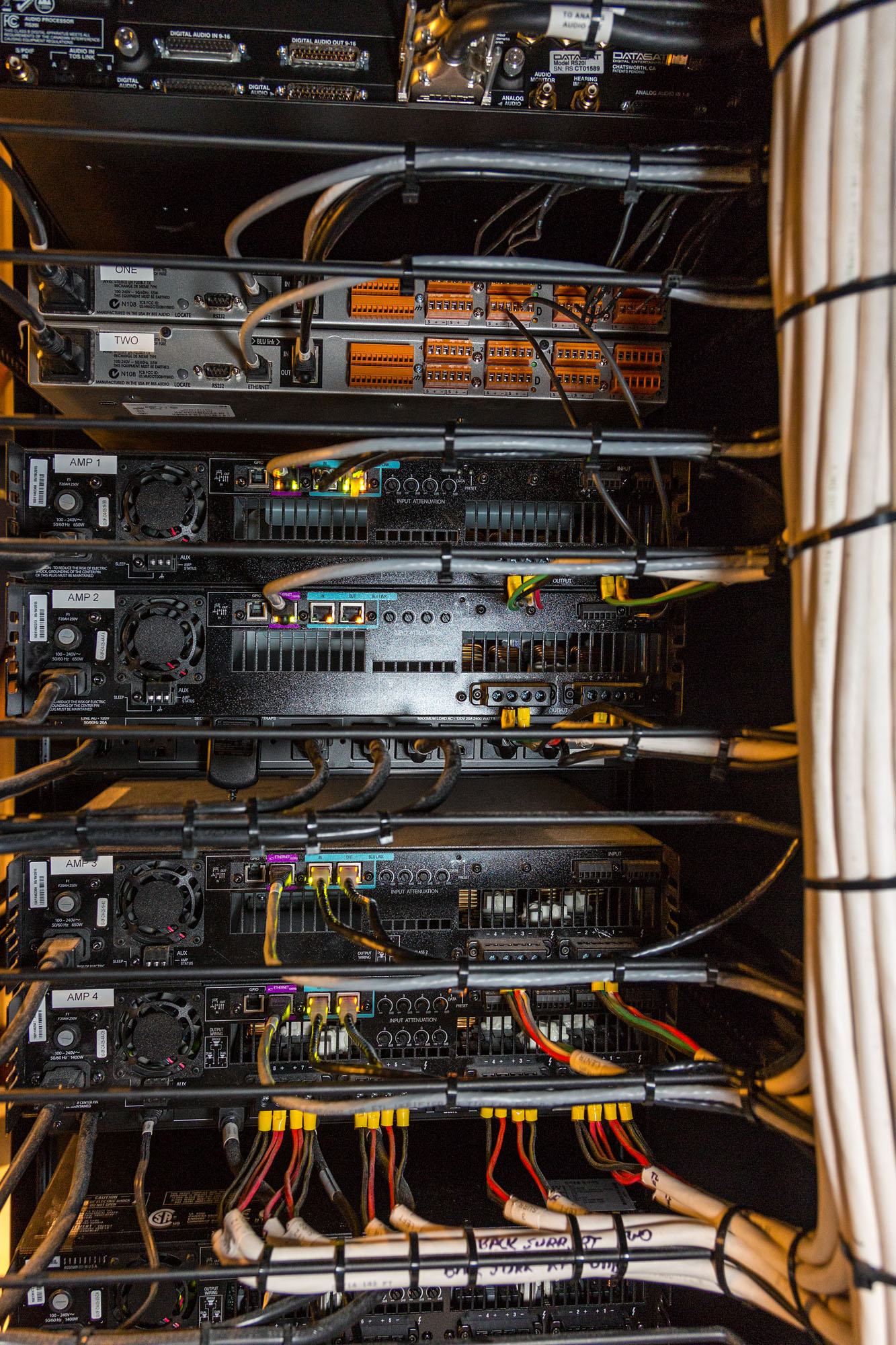 The home theatre in question was built for a true cinephile: a Hollywood screenwriter, producer and director, who would prefer to remain anonymous.

The room – a former gym in a separate building from the homeowner’s residence – is completely decoupled, features its own HVAC system, lounge and bathroom.

“The theatre was a new build,” Eric explains. “We were fortunate to have a client that wanted something great and gave us (with the help of acoustical wizards Sam Cavitt and Ryan Brown of Paradise Theater) the freedom to build something special. This was a client who we had helped with an extensive Crestron upgrade several years ago and were regularly servicing.”

DSI was tasked to adhere to Digital Cinema Standards so that the movie director could view any work – including his own – exactly as intended by the creator. A DCI-compliant Christie CP4220 4K DLP digital cinema projector for screens up to 21.3m housed in its own enclosure drives a large Da-Lite perforated screen using Xenon lamps specified at 5,000 lumens.

“Since the client has access to studio content the day it is released in theatres, we needed to install a licensed D-Cinema projector,” says Eric. “We chose this particular model as it was one of the few options we had for 4K and also met our performance criteria.”

The screen, meanwhile, was custom-fabricated to DSI’s specifications by Da-Lite. “We wanted something that had infinite masking options as we are dealing with a minimum of eight different aspect ratios since professional and home video aspect ratios vary slightly i.e; 1.85 in D-Cinema is 1.78 and 2.35 in D-Cinema is 2.40.”

The display’s advanced optics, motorized zoom and masking functions allow for viewing a complete range of aspect ratios with zero distortion. While the room is built for consumption of cinema-quality film, it’s flexible enough to run consumer-quality content too. In fact, there’s a second projection system just for this purpose.

“We utilise a Lexicon processor which allows us to matrix 7.1 content and send a simulated Atmos effect to all speakers for all content, regardless of sound format,” Eric adds. “I was sceptical at first, but the results are remarkable. I should not have doubted those Harman engineers!”

For control, DSI chose a Crestron system to handle some of the heavy lifting of the D-Cinema system, with sources including a 4K Kaleidescape Strato, Apple TV, DirecTV and a Karaoke server for a little added fun.

The aesthetic here, “chic but not cold,” as desired by the homeowner, is warmed by a Lutron lighting system (which is also in the main house), a star-field ceiling and a digital print of the Los Angeles skyline on backlit, acoustically transparent fabric.

Decoupling the building’s original floor made for one of many design challenges: an awkward entry-level change was solved by a level-transitioning alcove. A number of seating configurations were considered until DSI found the perfect setup for the narrow space, and while the structure’s interior was completely overhauled, the exterior remained untouched as per the client’s wishes.

For Eric, the most unusual part of this project was that the client fully appreciated the impact that a properly built room with great acoustics would deliver. “They really trusted our advice that this was an important part of the budget, and took all of our suggestions on what needed to happen in order to build an acoustically perfect room,” Eric recalls.

“This is a rare, as most clients don’t believe they can discern the difference, when in fact 95% of people can indeed hear the night and day difference. The client loves their room and loves to show it off. When a client says ‘you have exceeded my expectations,’ it simply melts the pain of any build away! We are in the business of making clients happy, and when we get to knock it out of the park, our whole team is ecstatic.”