A Real Barnstormer Of A Project 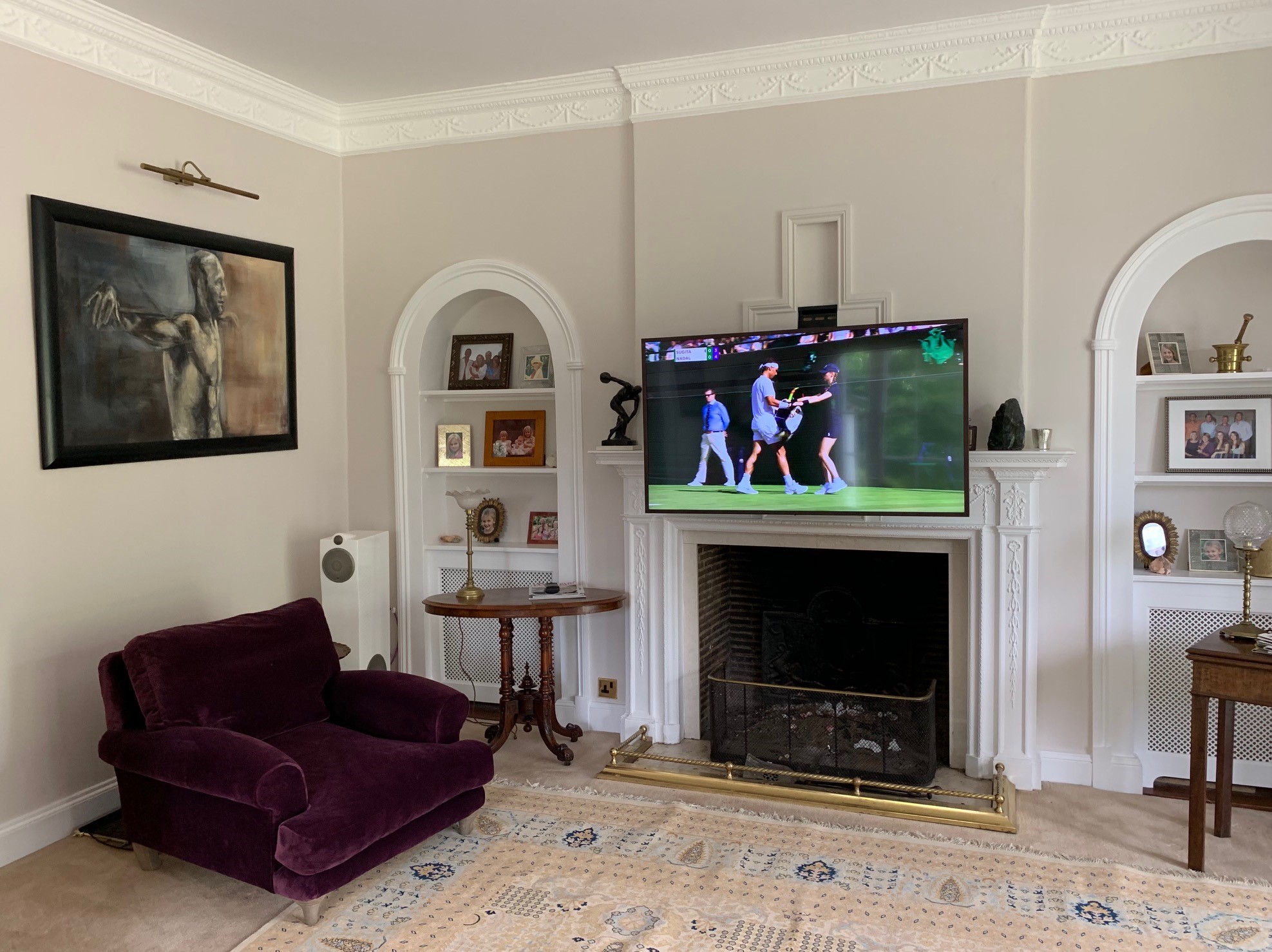 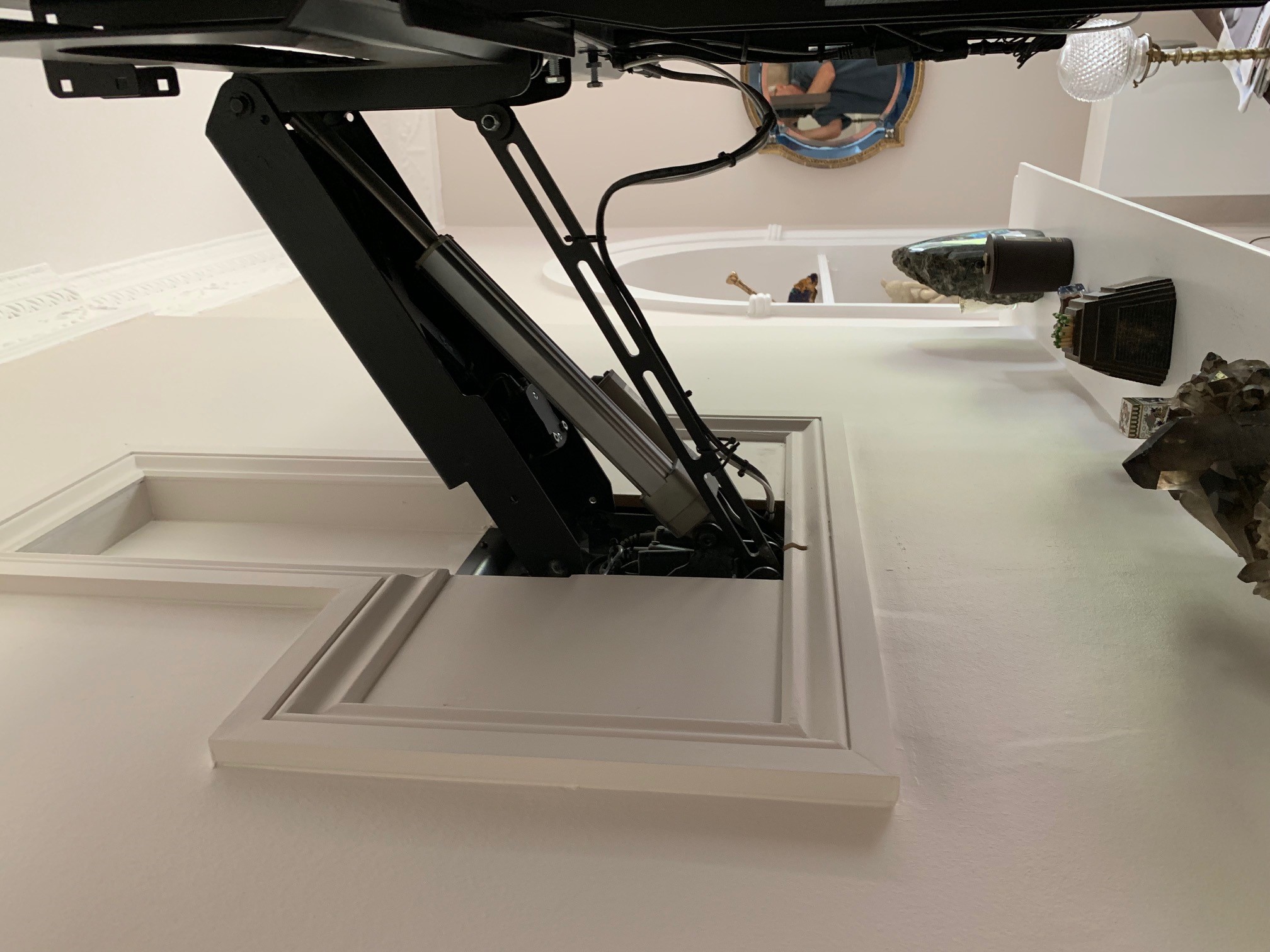 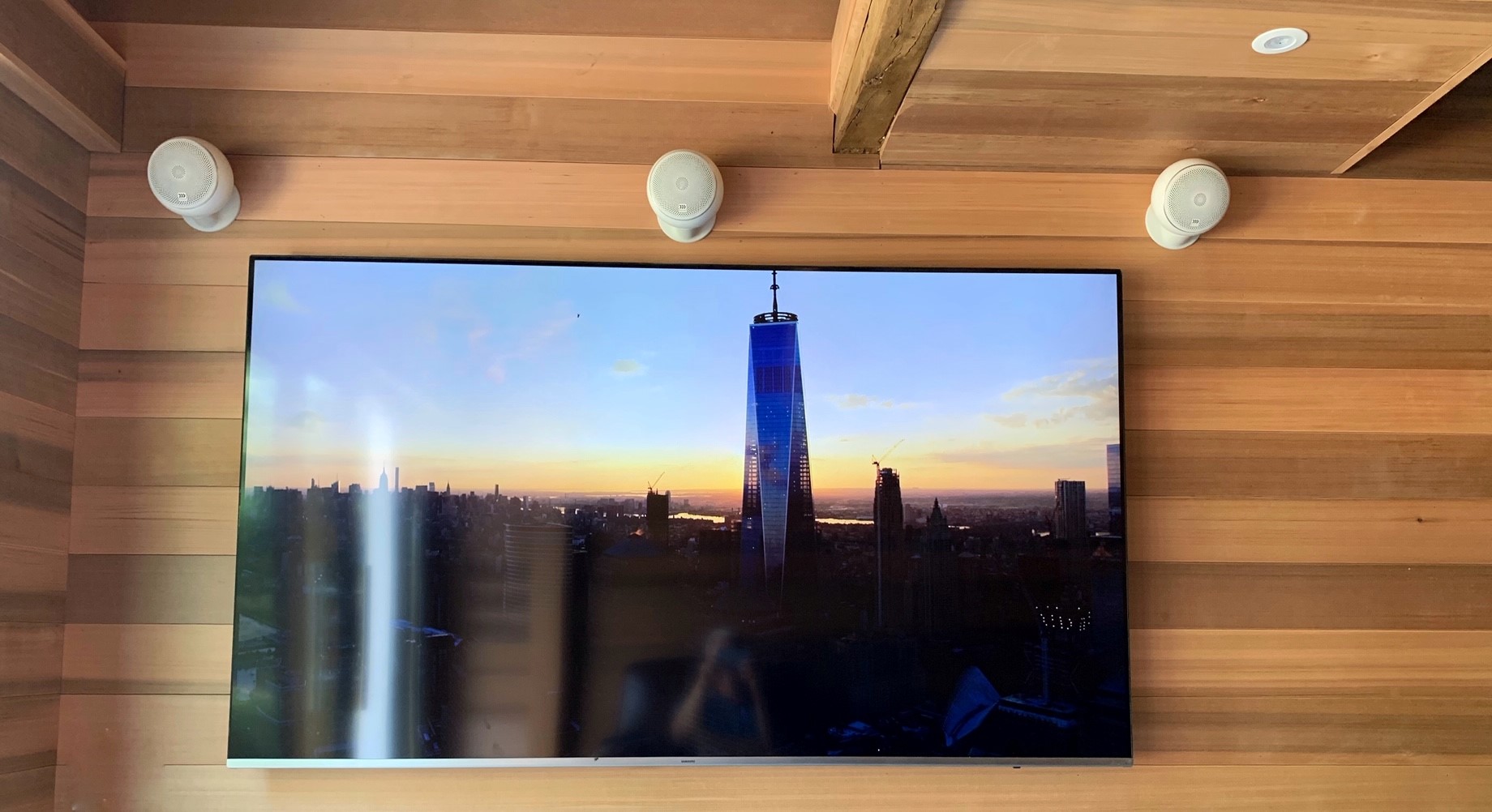 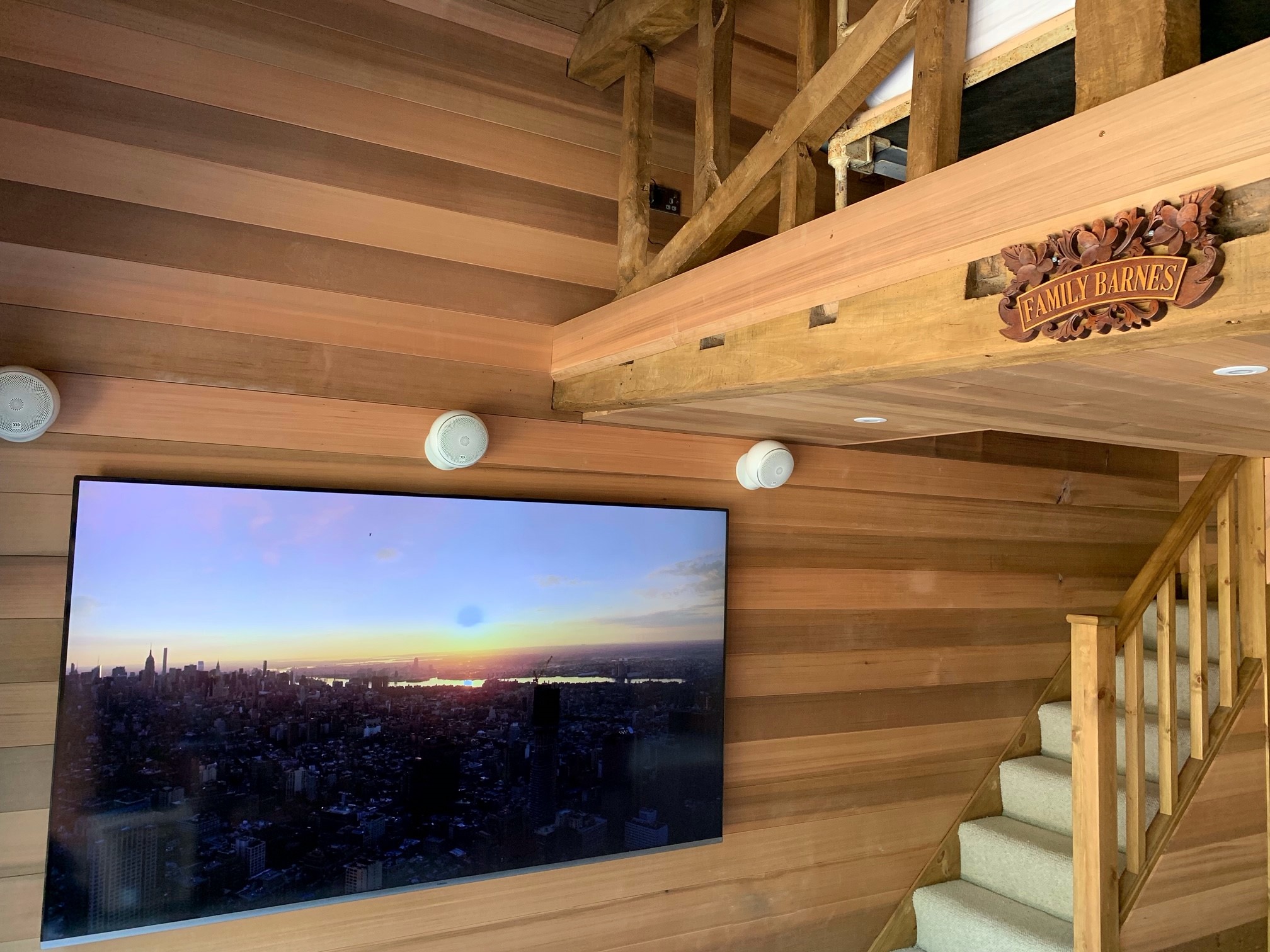 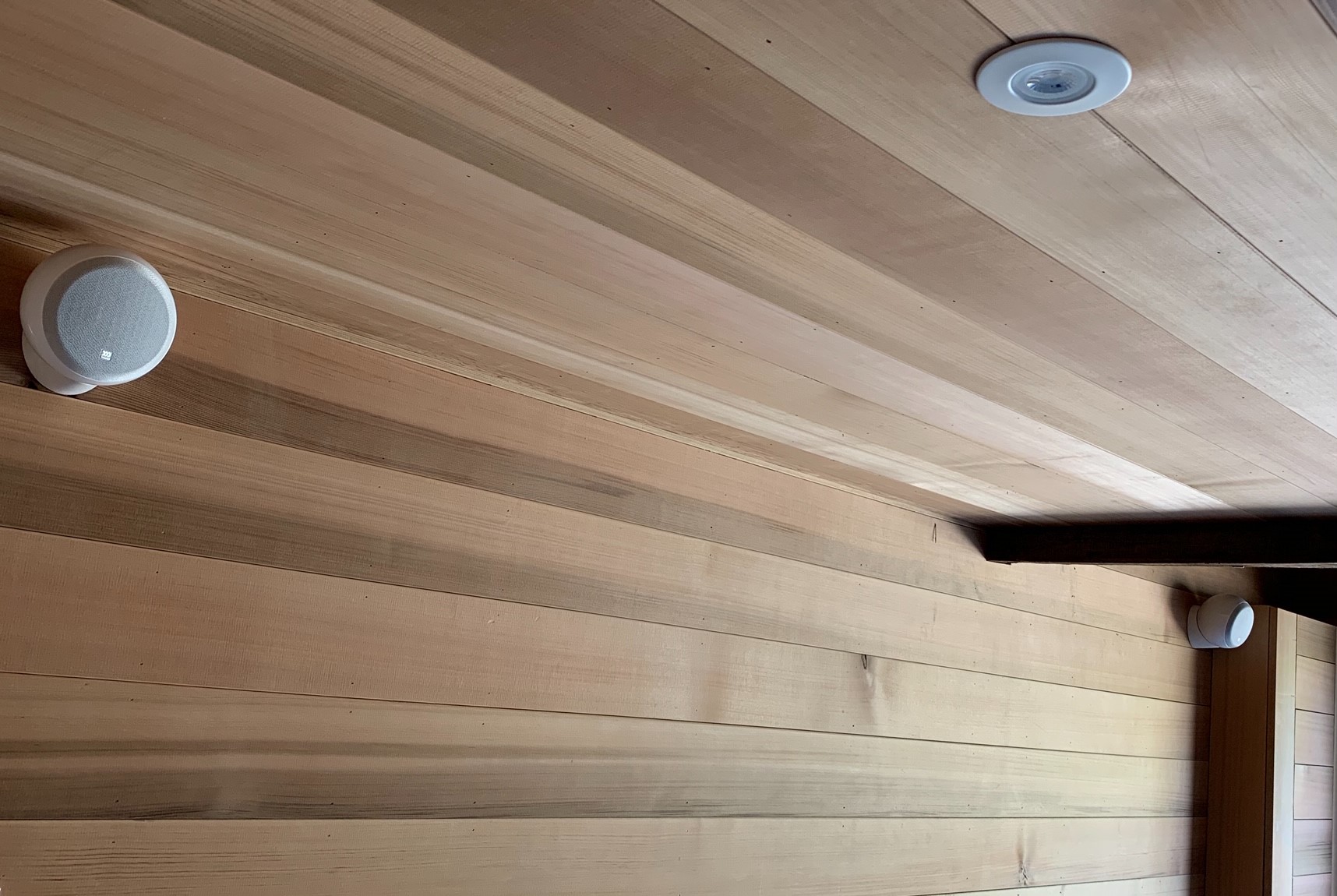 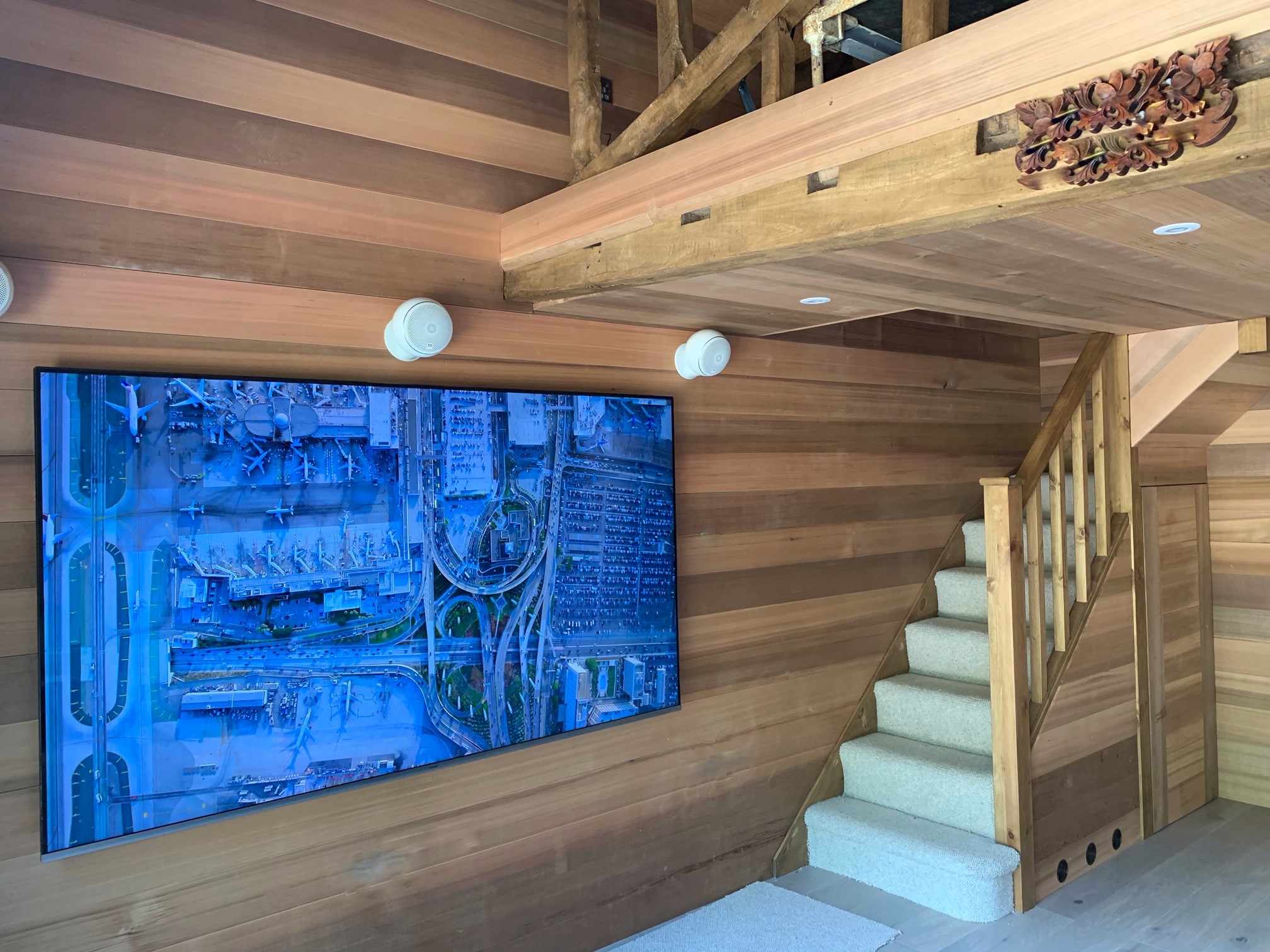 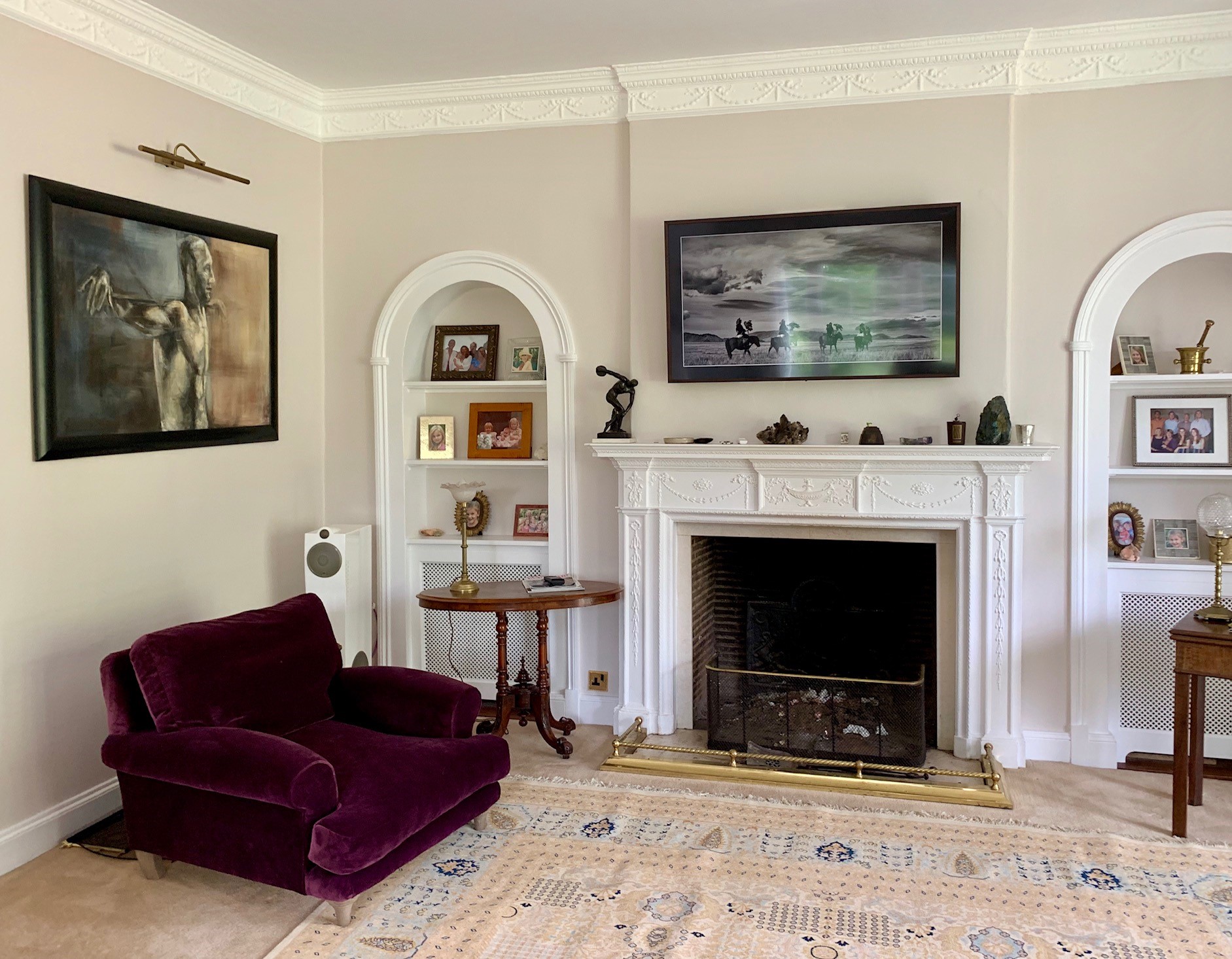 EI bumped into Paul Kasler, Director at The Pleasure Home, whilst out and about the other day and as you do we started looking at some images from recent projects on his smart phone.

This project caught the eye as it involved introducing 21st century tech into a classic drawing room and then adding some AV magic to the property’s converted barn.

The Client’s requirements for the drawing room were simple, ‘We want the best sound quality without spoiling the appearance of the room and we need a TV above the fireplace – but isn’t it too high to locate it there?’

Paul elaborates, “There is no substitute for floor standing speakers. The Morel Octave Signatures we selected are however unusually slim and elegant, whilst providing lifelike and high volume, audiophile quality sound. The other speakers were ceiling-based, but highly directional, to ensure good dispersion of the high frequencies in the chosen listening positions.

“Using the latest Samsung ‘FrameTV’, this transforms at the touch of a button, from a wide choice of ‘framed paintings’, looking exactly like a flush-mounted, framed picture, into a TV.”

Paul adds, “We solved the high TV position above the fireplace, by using the latest, electric TV mount that first comes out and then drops down over the mantelpiece by as much as one metre, to position the TV in the perfect position for viewing.

“The subwoofer was hidden behind the rear sofa using a wireless transmitter and then the whole system was calibrated for the optimum sound using the latest Anthem Genesis Room Correction system.”

The lounge AV is driven by the Anthem MRX1120 Surround Sound Amplifier.

The project came into the company as an enquiry from the website Houzz where the company is listed as a PRO Installer.

Paul adds however, “Not to get too excited by the marketing benefits as this is the only serious enquiry we have received all year, so the project just about covered our marketing costs!  That’s a whole separate discussion on how Installers generate new leads.”

As well as the AV in the living room the project included upgradeable architecture for AV and Wi-Fi throughout the 18th Century listed property allowing the future capability of 4K video, stable Wi-Fi and music throughout. The goal was to install a wiring infrastructure, whilst major refurbishment was taking place, without damaging any of the features of the property.

Paul says, “Initially, just the lounge and den would have AV and music with just music in the master bedroom, kitchen and dining Room. However, we allowed for AV in all five bedrooms using structured cabling throughout.  There was also a plan ‘at some point’ to convert the barn into a dedicated cinema room and provide music in the large garden.”

Paul explains the challenge in the drawing room/lounge in a little more detail, “The fundamental challenge was the typical problem in an old house – a large fireplace requiring the TV to be positioned too high for comfortable viewing. This challenge was exacerbated by the room to look as ‘un-techy’ as possible and for there to be a high-end Hi-Fi system using just the front left and right speakers.”

This project also presented a bit of a nightmare to route cables, and the new Morel Powerslim inwall/inceiling speakers which are just 40mm deep definitely came in handy.

The barn which was on the roadmap actually came through as part of the project a little earlier than expected and consisted of a cinema system based around an 85in Samsung TV, a Marantz SR5013 AVR, more Morel speakers as well as SkyQ and AppleTV.

Project finished, what are the highlights? Paul says, “Lounge’s double wow factor – Samsung Picture Frame TV combined with the remote controlled down and over TV drop. Music sounds great also there despite it being a large room, using a specially modified Sonos Pre-Amp from America for the Deezer Elite music front-end feed. He likes it because it plays loud without distorting!