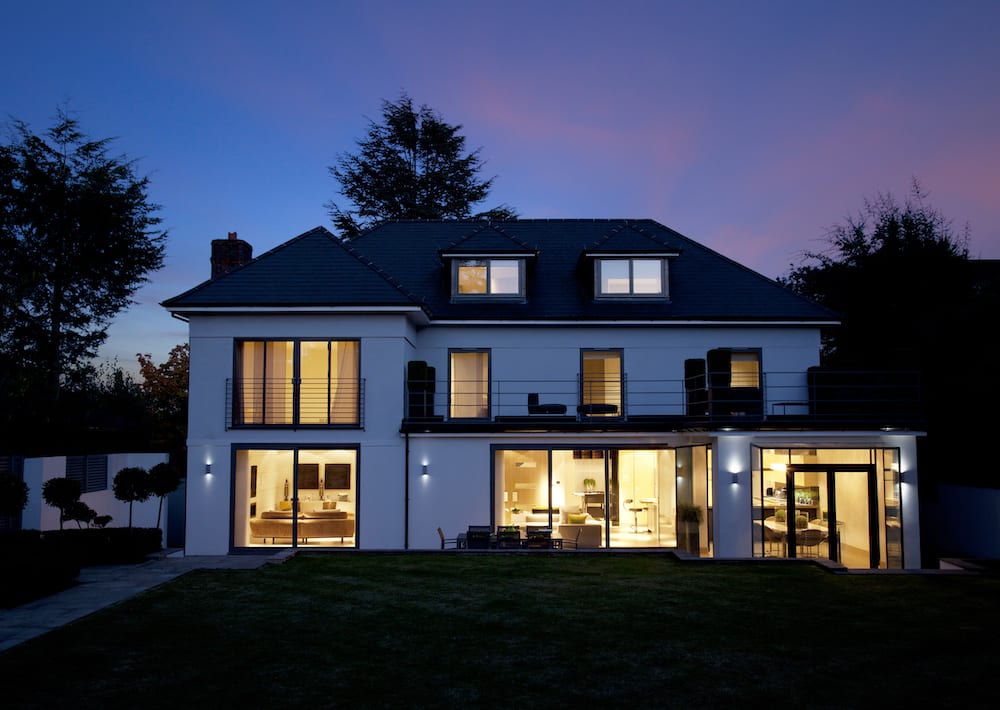 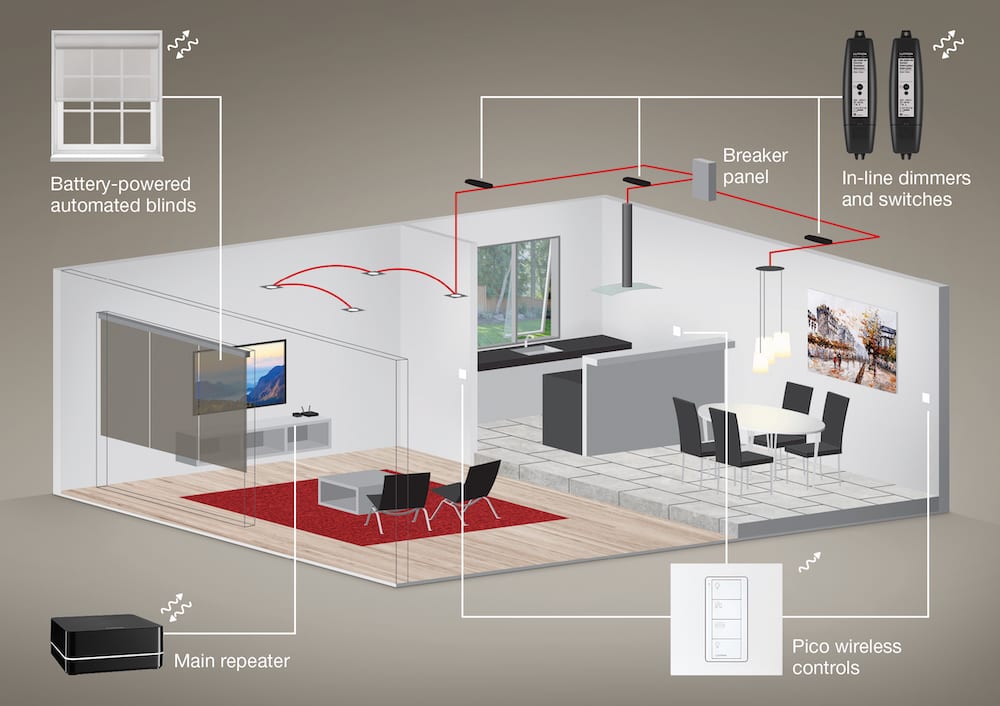 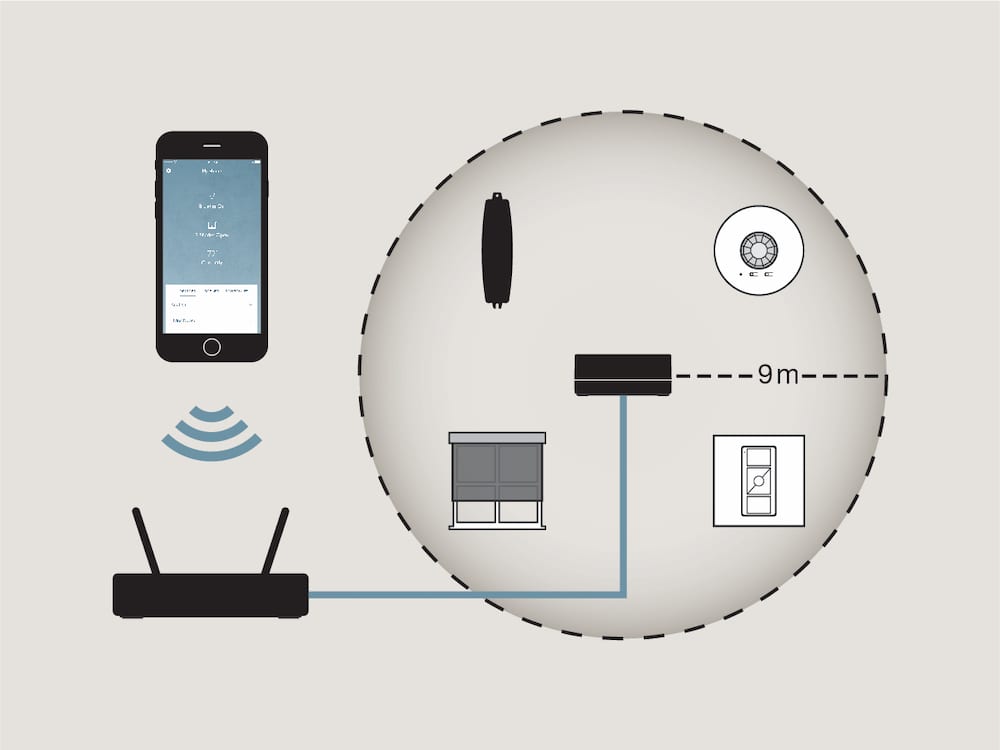 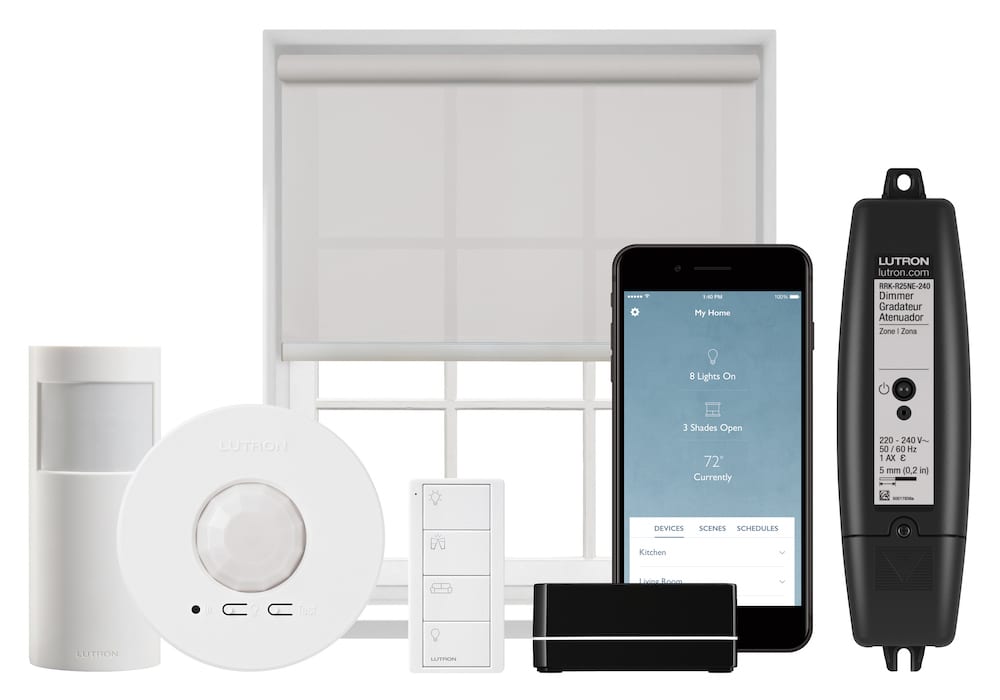 Lutron has officially launched its latest whole-home lighting and shading control system for residential properties, and it’s called RA2 Select. The new system has been designed to be more consumer-friendly, with homeowners able to personalise the system to their liking easily. The system is also compatible with various third-party smart home technologies, including Alexa, Google Assistant, HomeKit and the Works with Nest program, to name a few.

Those who have read the August issue of Essential Install Magazine will have already heard of RA2 Select. For those who haven’t, it’s essentially an affordable option for those who want simple, smart control of their lighting and would rather not deal with overly complicated installation. It’s still recommended that homeowners get an installer in to set it all up, but RA2 Select is perfect for retrofit thanks to its sole wiring requirement being in-line dimmers and switches.

Thanks to this simple installation process, it’s not unthinkable that a DIYer could set up this system, after all like the Caséta wireless system, everything is set-up from within the app, and recommended lighting and shading scenes are also created as each device is added to the system. Make no mistake, however, Lutron is still squarely aiming RA2 Select at installers.

Installers who do choose to go with RA2 Select, will find that this system is a little more powerful than the aforementioned Caséta Wireless system. That’s because it can support up to 100 devices, compared to Caséta’s support for up to 50. It’s not quite as powerful as RadioRA 2, however, which supports up to 200 devices.

RA2 Select has been specifically engineered for retrofit applications. As mentioned, the only wiring required is the in-line dimmers and switches, while the main repeater can be plugged into a wall socket for power, and then connected to the home network to get the whole system up and running. This mains repeater is key, as it’s the device that enables all the lighting control – that means the switches and in-line dimmers all need to be in range. For those out of range, Lutron offers auxiliary repeaters.

All wall switches, dimmers and sensors are wireless and do not require any intrusive work. This means decorating can be finished before the wireless switches are fitted. For any existing switches, the wired switch is removed, existing cables terminated in the backbox and the Pico faceplate is installed in its place.

It’s not just the initial install that is designed to be simple, however, as RA2 Select’s set-up is also user friendly. Through the Lutron RA2 Select app, available for iOS and Android, installers can add each device to the system, pick which room it goes in, give it a name, and then let the app automatically configure the programming.

While all the lighting fixtures connected to the Lutron RA2 Select system will be controllable through the company’s app, it’s likely that the majority of users will use some sort of third-party system for control. That could be a home automation platform like Crestron or Control4, or it could be one of the many consumer-grade smart home technologies that have become popular in the marketplace. That includes Amazon’s Alexa, Apple HomeKit or the Google Assistant. RA2 Select can also integrate with Honeywell Wi-Fi Thermostats, Nest devices and Sonos speakers.

“Early smart home devices were aimed at entertainment, but now control of comfort and environment are following closely behind. Lutron has served the luxury market for smart connected homes for 20 years and we’re excited to bring that same level of quality and reliability to a wider audience.

“RA2 Select puts total control in the hands of the end-user – allowing them to manage and personalise their system in any way. This makes it an ideal solution for homeowners who want the benefits of a professionally installed smart home system, but also the flexibility and power to make their own changes via the app.”

While these third-party solutions will be popular, the RA2 Select does offer various first-party options. The app is obviously one option, and the RA2 Select app offers the ability to control both smart lights, blinds and thermostats from anywhere in the world. Alternatively, there’s the Pico remote. This small remote control is fully customisable, meaning each button could trigger a certain scene or turn on/off select devices.

Lutron’s RA2 Select is officially available from today, November 8, 2018, and will be shown off from November 14-15 at LuxLive, which takes place at London’s Excel.