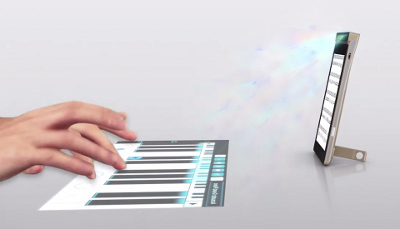 Lenovo’s Latest Phone Projects A Touchscreen Onto Any Surface

Lenovo has a thing for projectors, with the company having announced a tablet with one built-in last year. The manufacturer’s latest offering downsizes the product even further, in the form of a smartphone.

What’s unique about the Smart Cast is the fact that it has a new ‘surface mode’.

This mode is similar to the normal wall projection mode, the difference being that users will be able to interact with the image projected.

This means users can create virtual pianos, or play games on any surface in their house – without having to actually interact with a physical screen.

The company failed to give any more details about the Smart Cast, with pricing and availability yet to be announced.

Tiny Android Projector Turns Any Flat Surface Into 80in Touchscreen