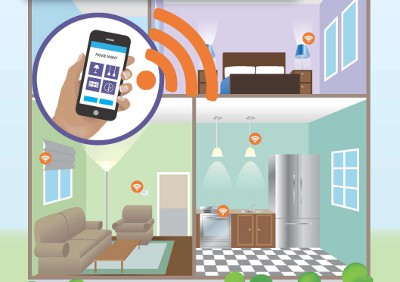 General Electric is jumping head first into the world of home automation, with the announcement of a new connected lightbulb which is compatible with Apple’s HomeKit platform.

The colour-changing LED lightbulbs will include GE’s Align technology, which is designed to improve sleep patterns by controlling the output of blue light during certain times of the day.

With HomeKit compatibility, iOS users will have complete control over the lightbulb, including through Siri’s voice control. The platform also allows for integration with other HomeKit-connected devices.

GE’s lightbulbs can be controlled either individually or as a group, with the ability to change the colour of the light, the brightness, or the power state from an iPhone, iPad or iPod Touch.

“As we continue to grow our infrastructure business by connecting our brilliant industrial machines to the Internet, it is important that consumers experience connected things in easy-to-use, everyday ways,” says Beth Comstock, president and CEO, GE Business Innovations.

“Lighting is how many first experiment with the idea of a smart home, and our insights show that consumers want the ability to control lighting from anywhere, automate lighting and pair lighting with other devices—like sensors, thermostats and door locks,”

With this announcement, GE is pitting itself against the likes of Philips with its Hue line-up of connected lightbulbs.

This isn’t the first GE connected lightbulb however; the company previously partnered with Quirky to develop Link smartbulbs.

iHome, Haier, Withings, Philips, iDevices, Belkin, Honeywell and Insteon are just a few of the other manufacturers supporting Apple’s HomeKit, meaning there’s a wide range of products that GE’s new bulb will be compatible with.